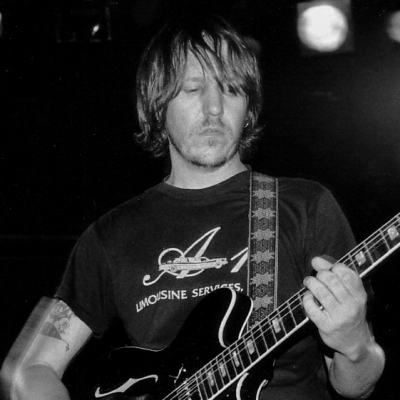 Elliott Smith playing the MDH (Academy 2) in June 2000. I remember the gig being incredibly hot and unusually for the MDH there wasn’t a barrier so there was no pit at the front. I had permission to take pictures at the gig (although looking back through my passes I don't seem to have been given one for this show) but the crowd were so excited about seeing Smith that they wouldn’t give me an inch and whilst I sort of made it to the front I struggled to get any clear shots. The combination of the heat and crowd made me give up and retreat to the back before my three song photo limit had ended and I don’t think I even stayed for the entire gig. I obviously regret not trying to get more pictures or staying longer but then I assumed there would be more opportunities in the future to see him play again..