Video
The Gay Village
1996
A very interesting documentary from 1996 that reveals the conflicting feelings about what was happening to Manchester's Gay Village at this time. Following the empowering surge of the early nineties 'Gaychester' scene, Canal Street had become a popular party destination for hetero hen and stag nights.

Talking heads in this documentary include Toby Manning - a bisexual music writer who loathes the gay scene, comedian Debs Gatenby, who questions the safety of the village for LGBT people and 'Polly' - former owner of Metz and Taurus, two long serving bars on Canal Street that now have different names and owners. A fantastic snapshot of this time!

This is a Barraclough Carey North production for Channel 4, directed and produced by Kristiene Clarke. Originally created by Paul Graham. 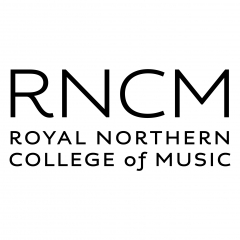 rncmarchives Says –
Love it love it love it. Thank you for uploading it! Still very much a controversial issue.
If you'd like to leave a comment, please Login. Login
Manchester Digital Music Archive is licensed under an
Attribution-NonCommercial-ShareAlike 4.0 International License.
Charity no. 1164179
Our archive currently contains 3870 Bands, 758 DJs, 1461 Venues, 323 Industry Professionals and 29719 artefacts contributed by 4047 members.