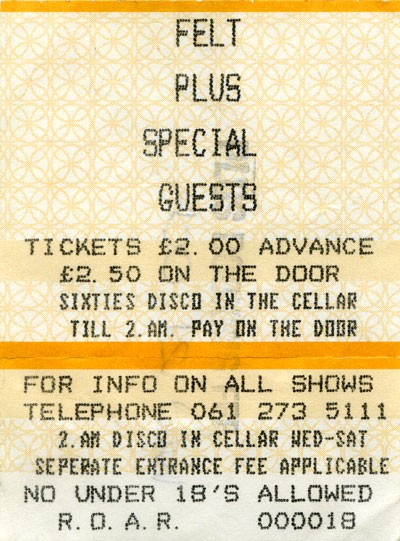 A ticket for a gig by Felt. This was noteable for it's two support bands which were The House Of Love whilst they were still a 5-piece (inc. Andrea), and for an appearance by Metro Trinity who featured Jez from Sub Sub/Doves on guitar.

I still don't know if Metro count as a Manchester band, Mat...?

mat Says –
mmmm not sure.

Abigail Says –
Great ticket; wish I'd been there.

i am adding metro trinity as i think they qualify!