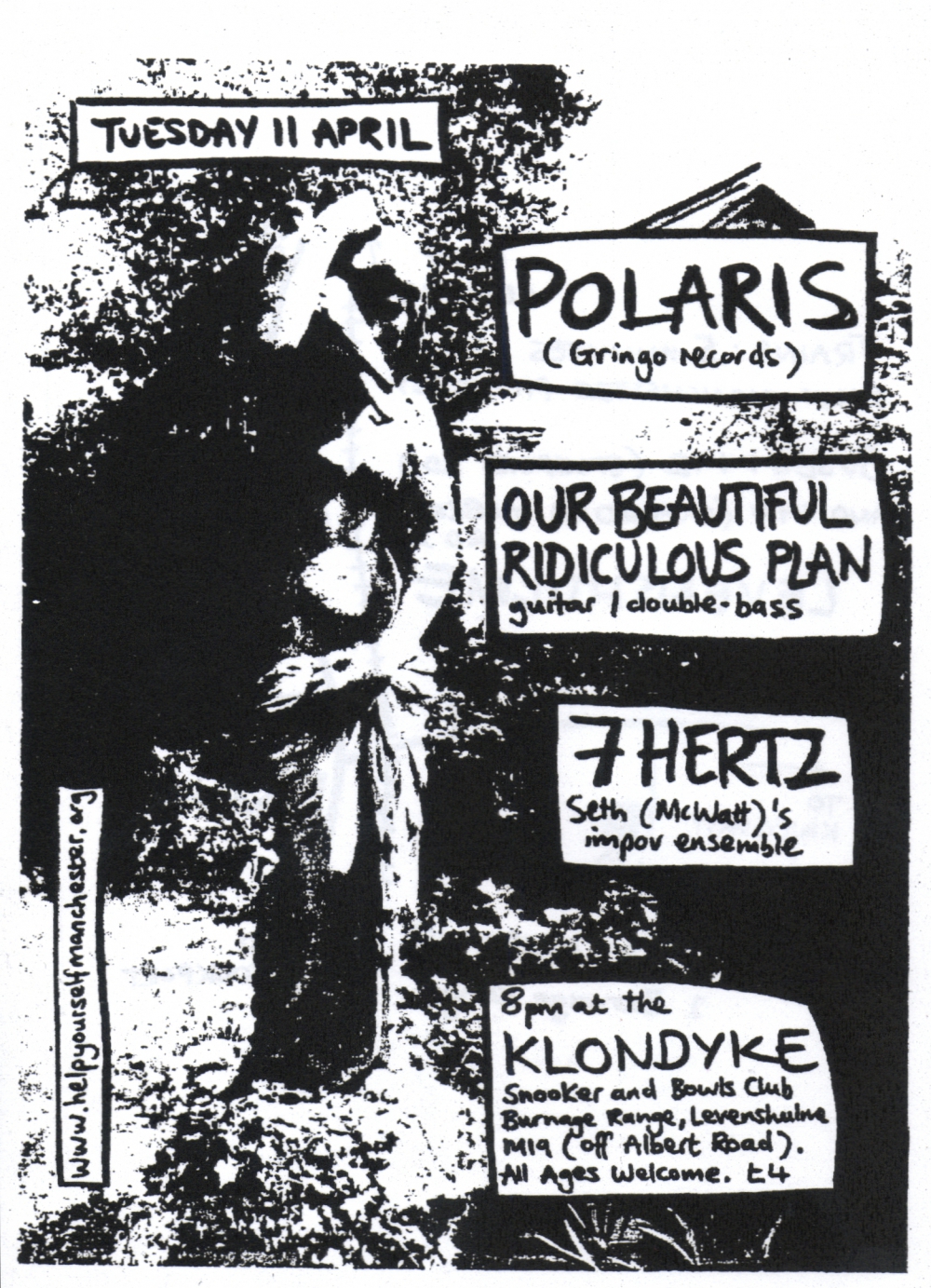 Leeds band POLARIS were one of my favourite bands at the time, but sadly not many people turned up to this gig. They'd also been a little hapless by forgetting to bring copies of the LP they were touring (linked below) which had recently come out on Gringo, and they split up fairly soon afterwards, having been together since around 1994. I did get to see them once afterwards when they reformed for the Gringo records 15th birthday bash in Nottingham in 2012.

OBRP was Dave and Olie Bryce, and again I think this was one of their last gigs. Olie now has a jazz group in London who are doing pretty well for themselves.

7HERTZ I've written about elsewhere, I think this is the 4th flyer I've uploaded with them on.

Flyer by Anthony, from a photo I took of a statue (& plastic pigeon) in the garden of Christopher Hogwood/the offices of the Academy of Ancient Music. Anyone who can find some band-to-band link from Mr Hogwood to the lineup on the flyer can claim a prize (starter: he played on Shirley & Dolly Collins' "Anthems in Eden").
Artefact added : 4th July 2016
by storminateacup