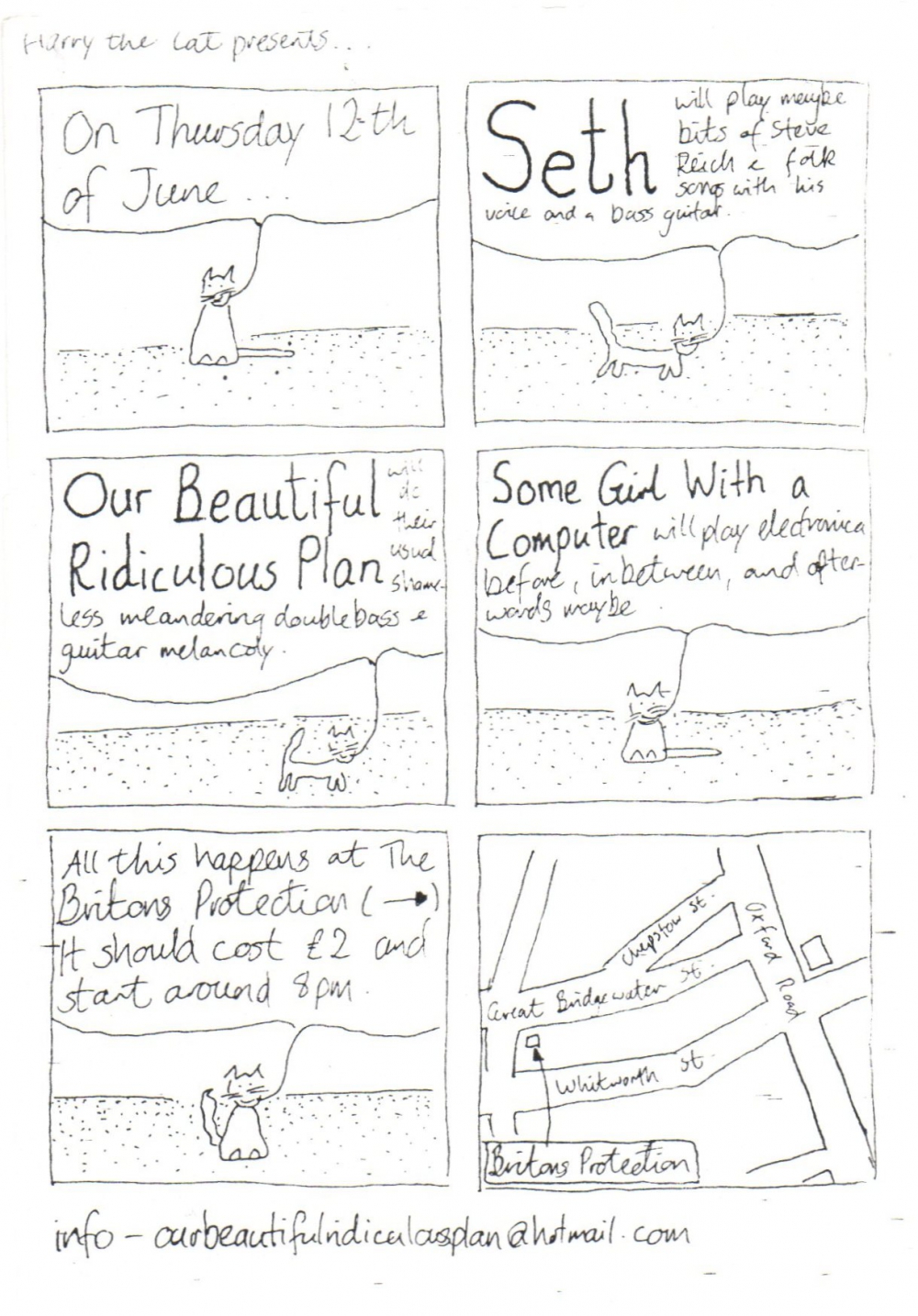 Comic panel flyer by Dave, great descriptions if you can squint and read them.

SOME GIRL WITH A COMPUTER was Katie, but I don't really remember the set - not a dig, just that this is over 13 years ago! OBRP I did see several times, so much in fact that hearing what sounded like feintly jazzy renderings of songs off Young Team became a bit of a normalised soundtrack to the era; I can actually appreciate the sound they made much more with the passing of time... SETH was from Leeds, and would have indeed sounded like folk songs scored by Steve Reich and played on electric bass. He recorded a whole album-worth of this type of stuff which I absolutely love, hopefully it'll make its way online through some form at some point for those that never witnessed it live.
Artefact added : 15th August 2016
by storminateacup