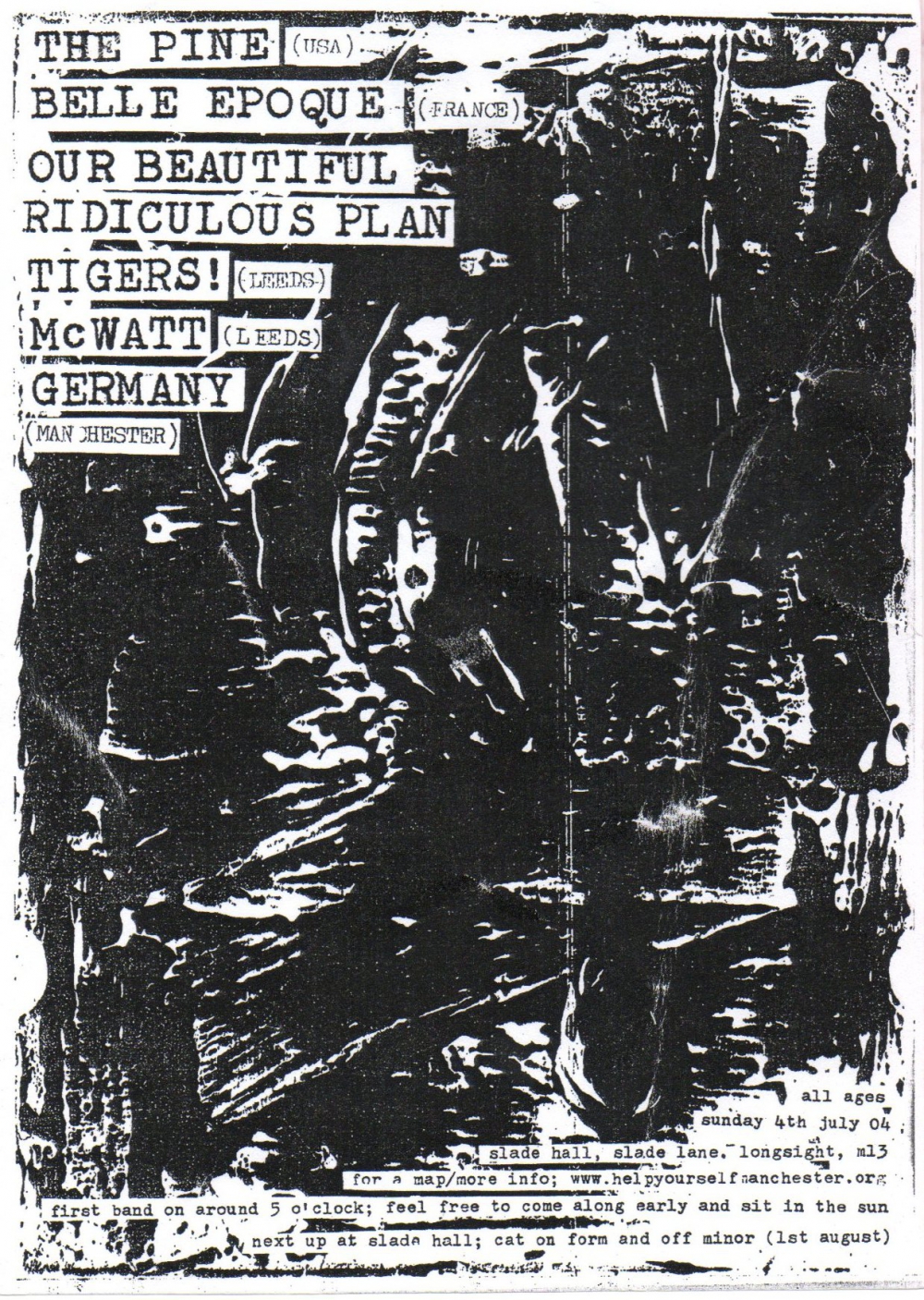 THE PINE (Bakersfield, CA) had a fuzz-drenched Husker Du/The Hated sound, you can probably find their entire output on emo blogs if you're curious. BELLE EPOQUE were on tour with them, French emo/hc of the highest quality. TIGERS! from Leeds, OBRP and GERMANY from Manchester make up the rest of this varied 5-band house gig (McWatt cancelled). NB the gig mentioned at the bottom of the flyer never happened, Off Minor postponed their tour.