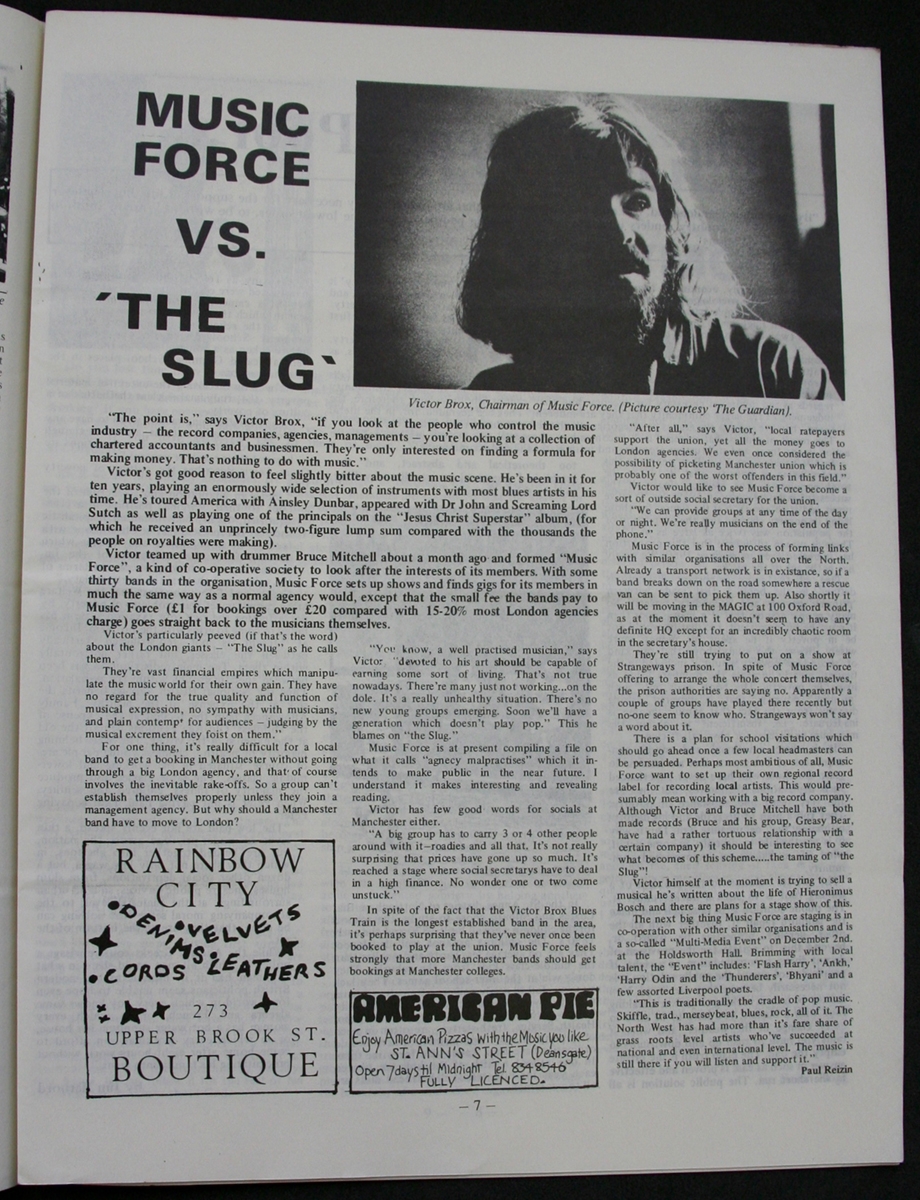 Music Force was an important socialist music agency and collective set up by, amongst others, Victor Brox (renowned blues guitarist) and Bruce Mitchell (jazz drummer extraordinaire from Albertos, later Durutti Column and many more). It was set up partly as a response to the effects of the Corporation Act 1965, which had resulted in the closure of hundreds of beat clubs in Manchester, leading to a deficit of work for Manchester's once very busy musicians. Music Force provided everything you might require to put a concert on: musicians, PA and equipment hire, flyposting, the full works. They worked closely with The Squat venue and were an important force and influence within the Manchester punk and post-punk scenes.

Groth Says –
Hi, would it be possible to use this feature as part of my research for my book concerning why Manchester embraced the punk movement very early on it's development? Obviously full credits will be given. Thanks, Gareth
If you'd like to leave a comment, please Login. Login
Manchester Digital Music Archive is licensed under an
Attribution-NonCommercial-ShareAlike 4.0 International License.
Charity no. 1164179
Our archive currently contains 3716 Bands, 737 DJs, 1380 Venues, 252 Industry Professionals and 26527 artefacts contributed by 3774 members.