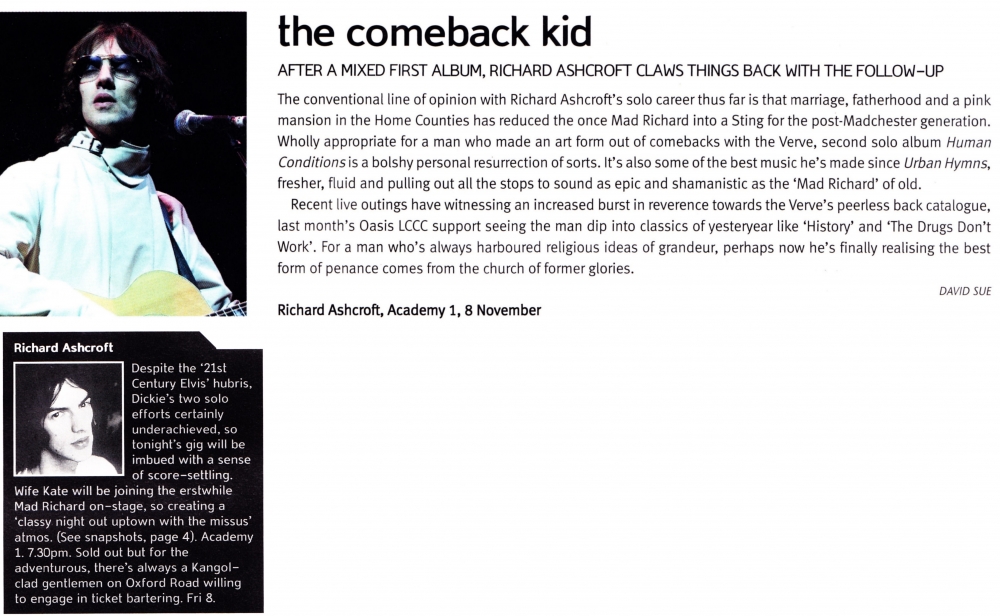 Two mini features on Richard Ashcroft ahead of his gig at Academy 1.

His second solo album "Human Conditions" was released in a month earlier and reached #3 in the UK album chart.

Thanks to Kieron McGlasson.