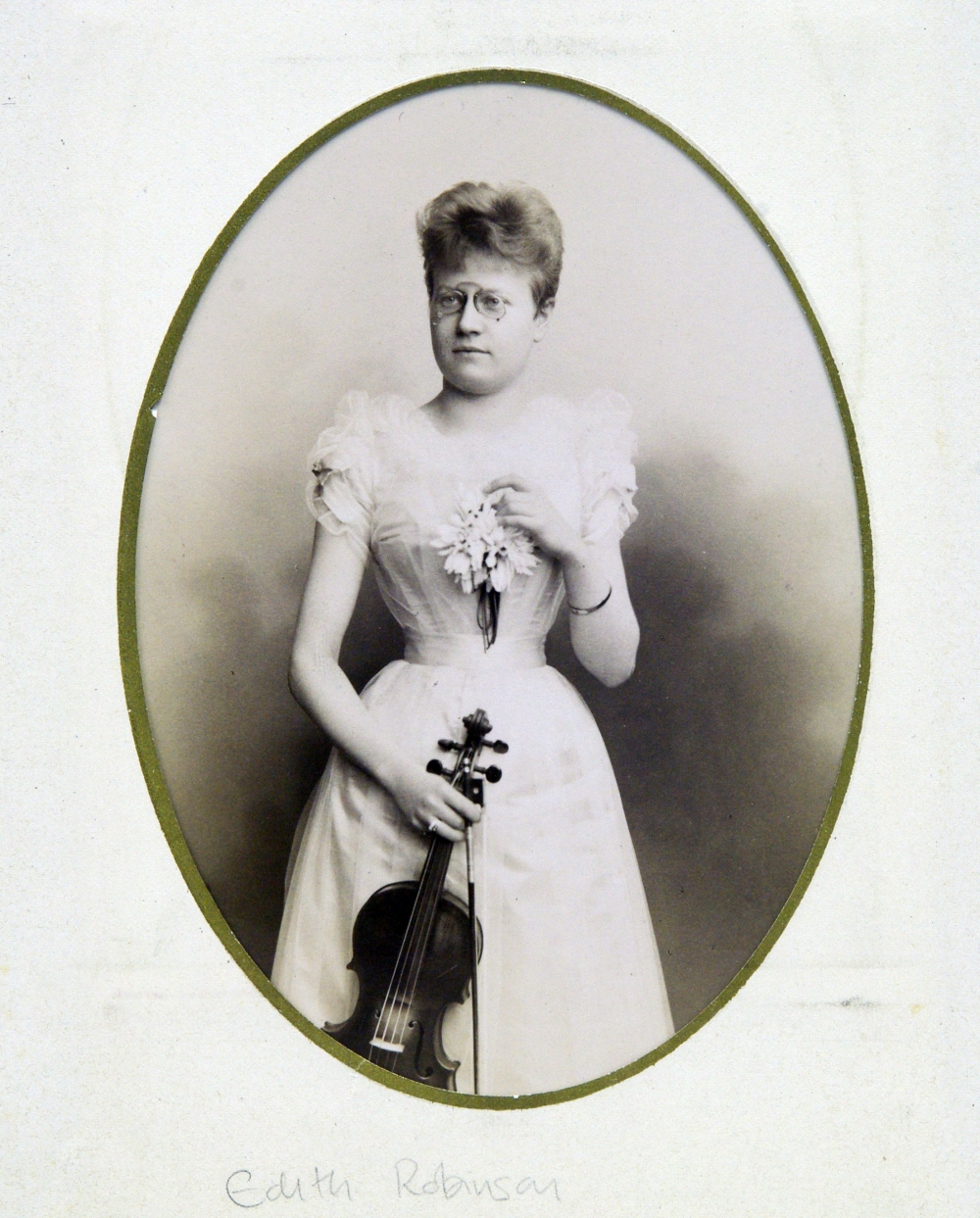 c.1890.
This rather serious looking young lady with a tiny waist and peculiar spectacles is Edith Robinson. Robinson was born in Manchester in 1867 and became known for her solo and chamber music performances.
Instead of studying in London, she was accepted into the Leipzig Conservatoire where she was a violin pupil of Adolph Brodsky. Brodsky then moved to Manchester and became the second principal of the Royal Manchester College of Music. Later on, she followed him to the College and became a violin tutor. There she formed the Edith Robinson Quartet, an all female strings quartet in response to Brodsky's all male Brodsky Quartet.

A fantastic article on her life can be accessed here: mugi.hfmt-hamburg...