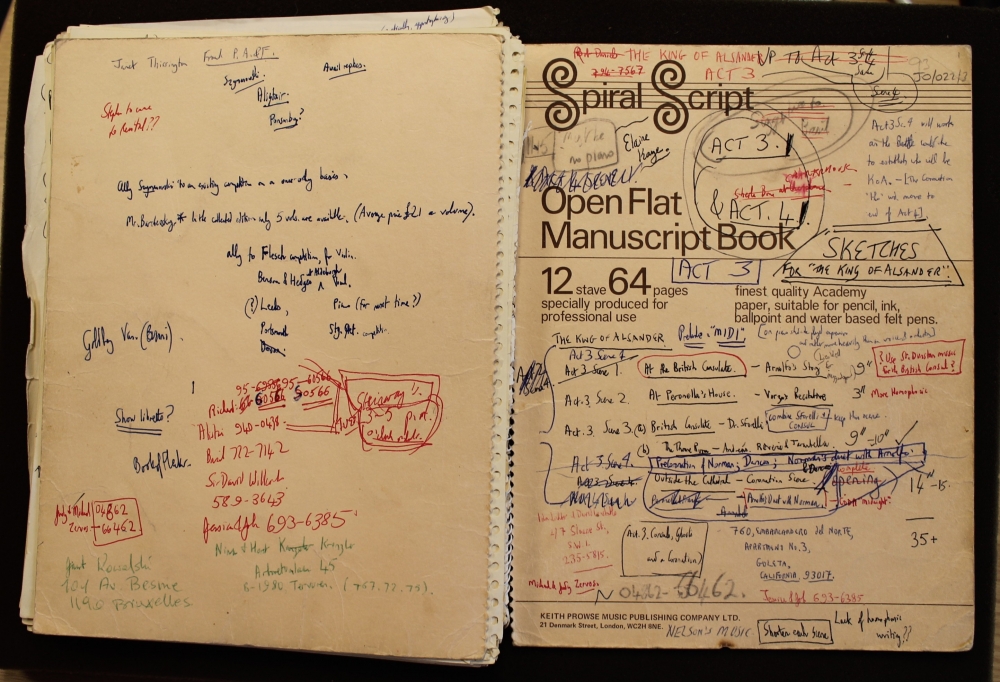 1978-1984
This is the cover for John Ogdon's attempt at making an opera of "The King of Alsander", by J.E. Flecker. The story itself is an odd fantasy novel from the early 1900s. Ogdon (1937-1989) was a famous pianist in his day and one of famous Manchester Group. The Manchester Group was a network of young composers studying at the Royal Manchester College of Music in the 1950s. they worked on new music, breaking away from traditional styles and were interested in new works coming out of different countries. At the time, the Royal Manchester College of Music was very conservative in its tastes for study, rather traditional and old fashioned. Ogdon experimented with different styles and expressions, including teasing new operas out odd stories like this one.

What is really interesting about the cover of this manuscript, however, is his absolutely frantic scribbles. It's not uncommon for Ogdon's manuscripts to have doodles, notes, telephone messages or shopping lists scribbled on the covers. Nor is it a rare sight to see at least two drafts of a work on the same manuscript, superimposing one over the other in different coloured ink. They become rather colourful works of art.