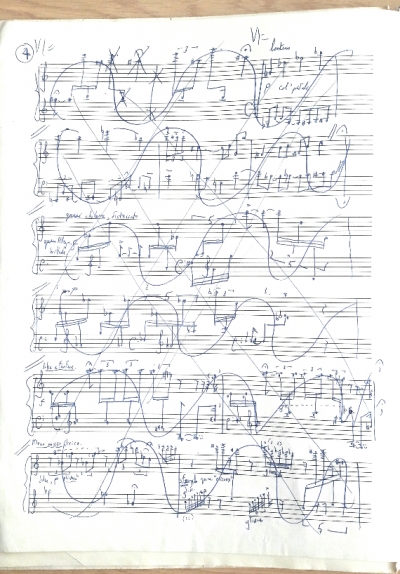 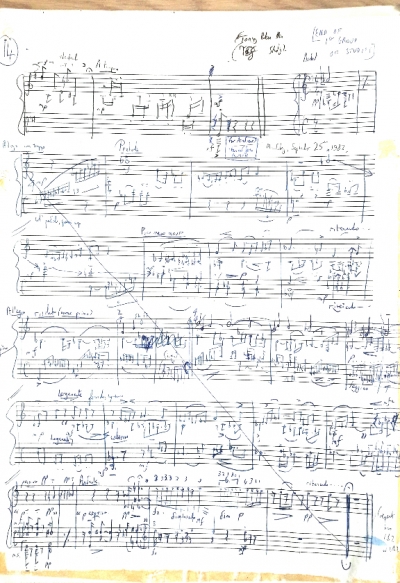 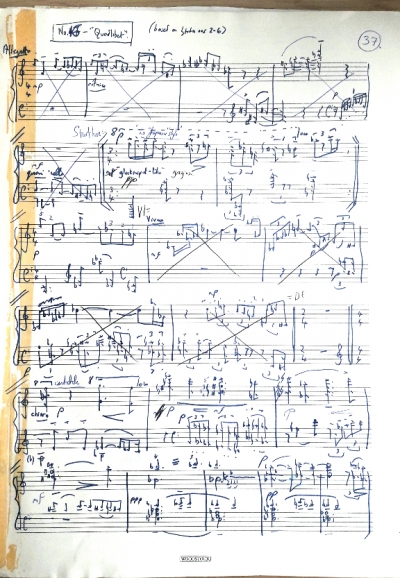 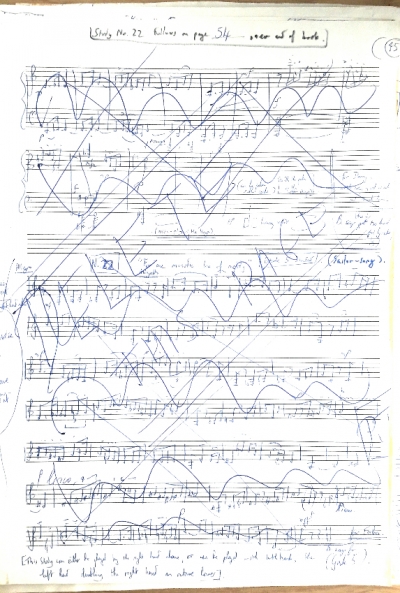 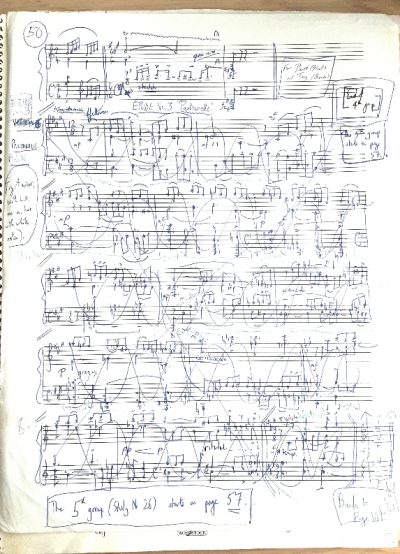 Hahaa! Okay, so this is the amazing original manuscript of the legendary John Ogdon's "Studies in technique for piano" from 1982-3. It's recently made its way to us here at the RNCM.

In its 70+ pages it has so much character! I especially love these pages which give voice to one of Manchester's most important musical legacies, when he disagrees with himself. Like, seriously is displeased.
The scratches and squiggles on the composition are the composer's equivalent of saying "meh, no thanks", all the way to "Nooooooo!" and "Jesus God Christ what IS that?!"