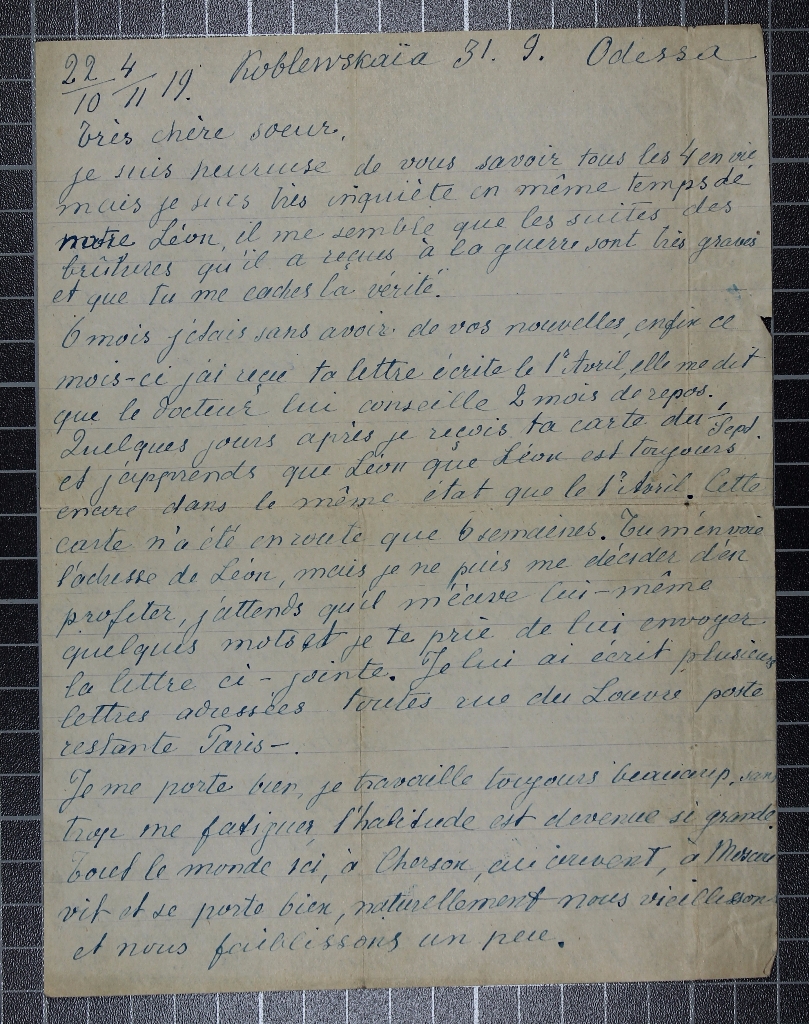 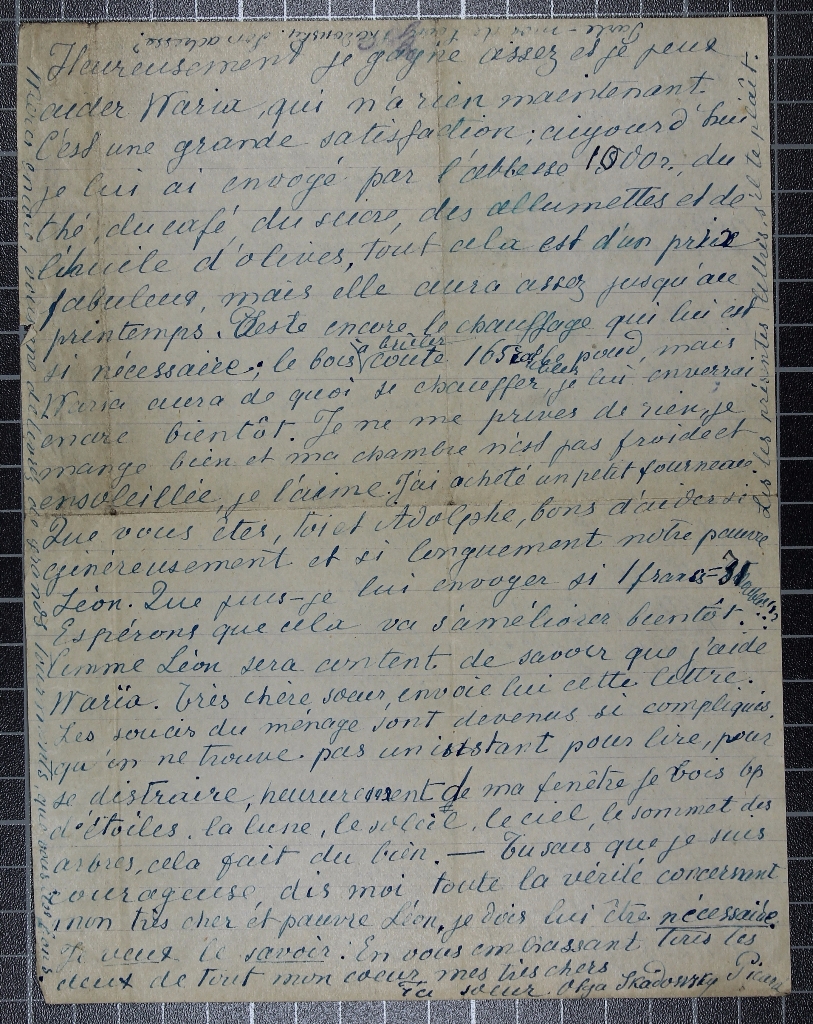 Letter from Olga Skadowsky Picard to her sister Anna Brodsky (wife of RMCM Principal Adolph Brodsky). Olga is very concerned about her son Leon who fought for the French in WW1 and the serious consequences of his burns sustained in the war. She fears that Anna is hiding the truth from her. She encloses a letter for Leon and asks Anna to send it on. She has not heard from Leon although she has been writing to him poste restante, rue du Louvre. She is well and all are well at Cherson and Moscow although ageing and becoming weaker. Waria has absolutely nothing but Olga earns enough to help her and has sent tea, coffee, sugar, matches and olive oil which should last out until the spring. Olga appreciates the generous help the Brodskys have given to Leon. Olga finds no time to read but she can enjoy the stars, moon, sun, sky and treetops from her bedroom window. Olga asks for her brother's address. In French, and is dated 22 Oct/4 Nov 1919.
Reference number: AB/311
This was digitised as part of the HLF funded project "Revealing and Reinterpreting 'Making Music in Manchester during WW1'"
Artefact added : 7th November 2017
by rncmarchives