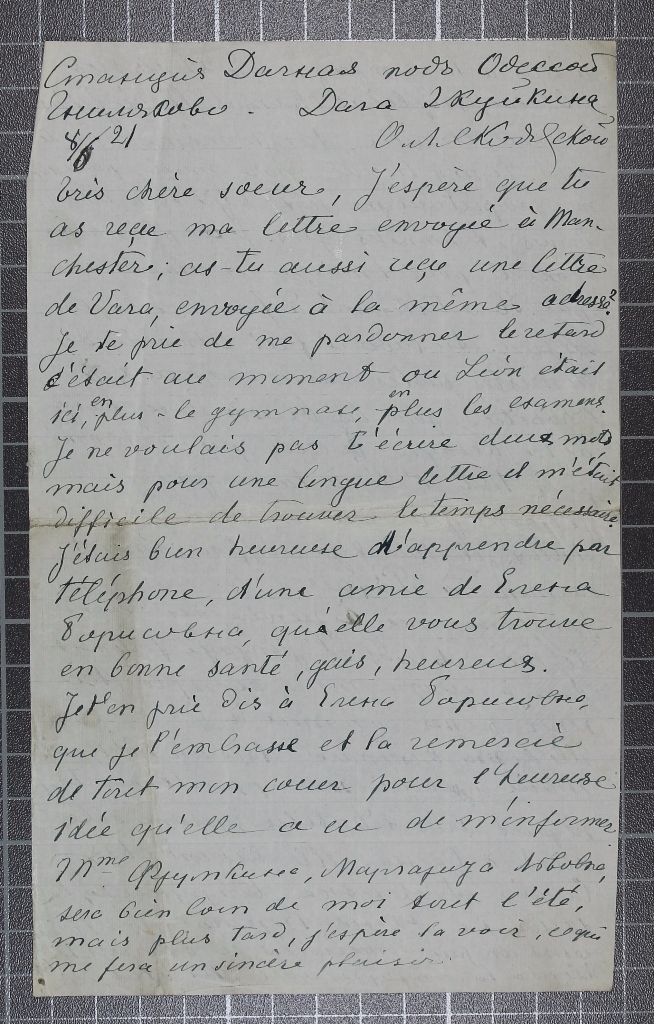 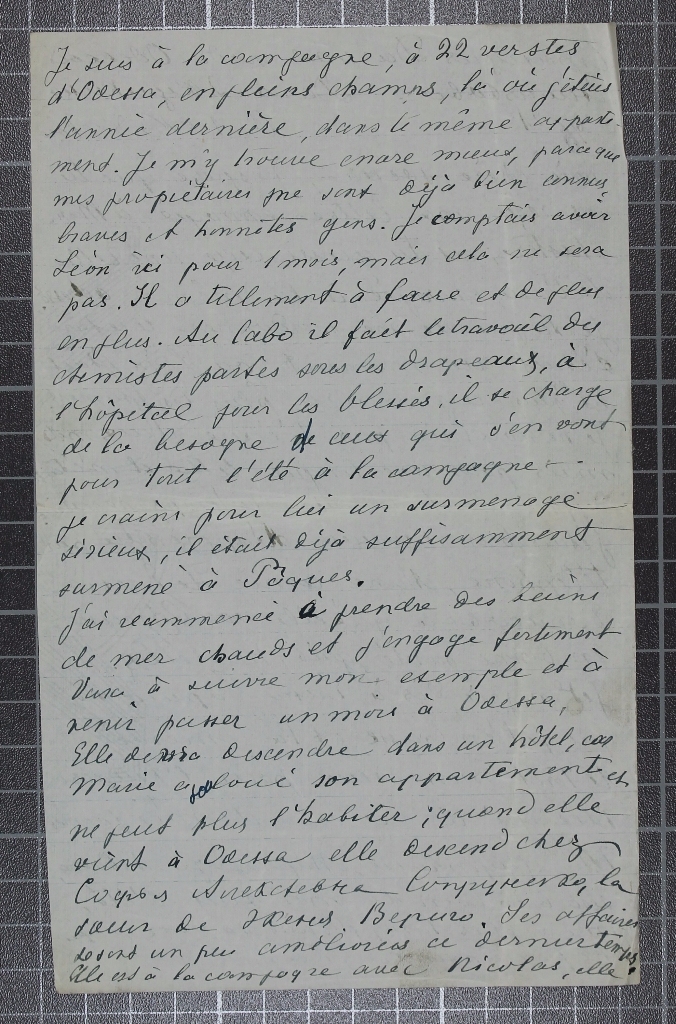 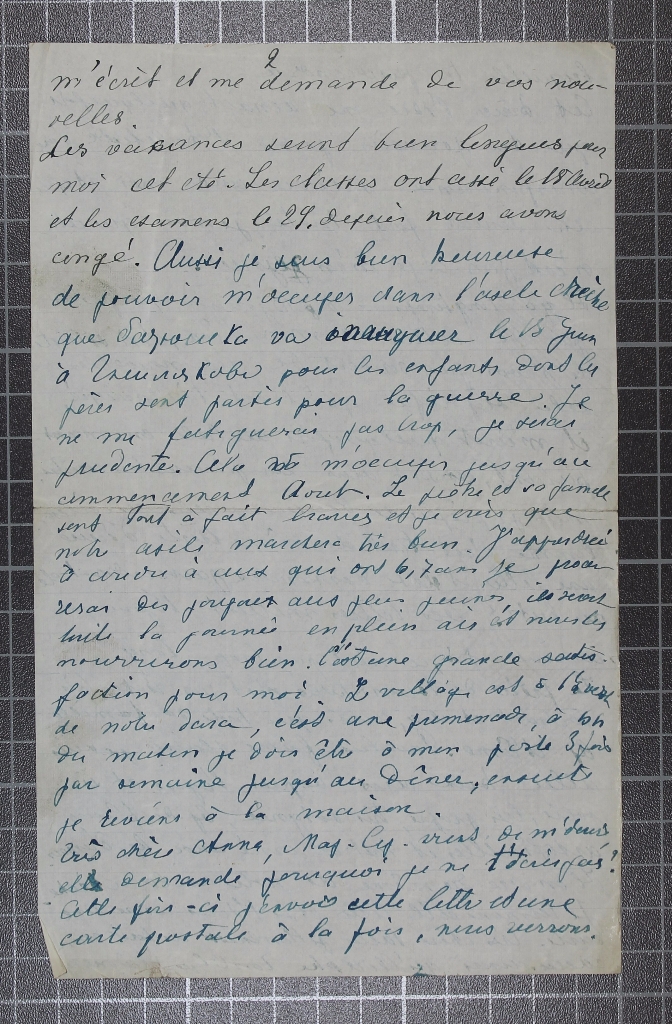 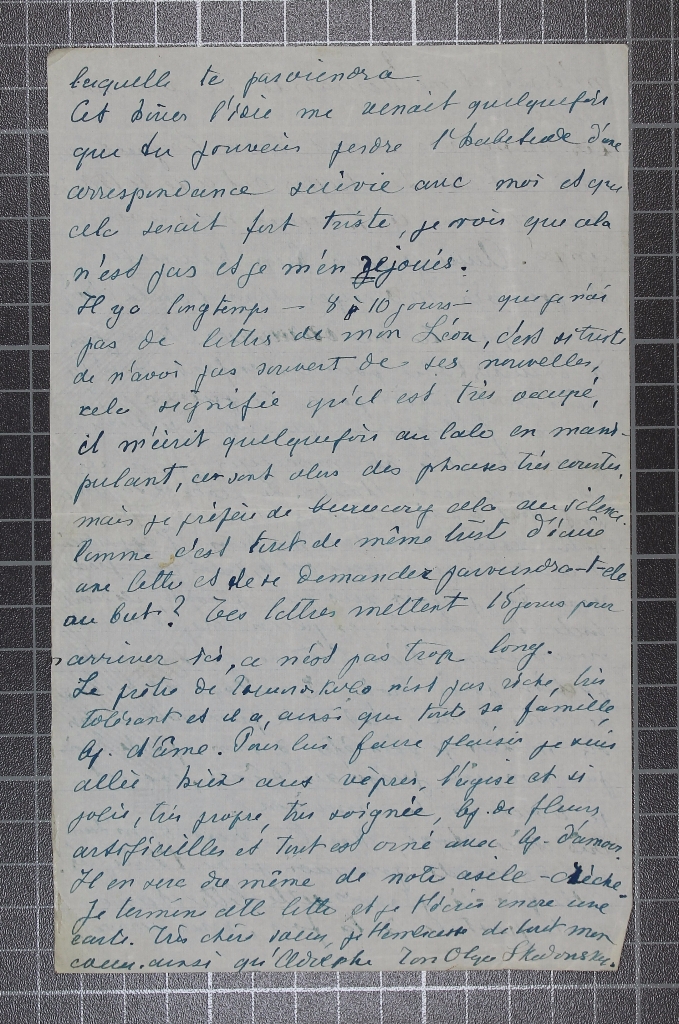 Olga Skadowsky Picard, sister of Anna Brodsky (wife of RMCM Principal Adolph Brodsky) hopes that Anna has received her letter sent to Manchester. Leon, Olga's son who fought for the French in WW1, was with her and she had not time to write at length. Olga heard by telephone that a friend of Elena Borisovna had found the Brodskys healthy and happy. Olga is in the country 22 versts from Odessa where she was last year. She had hoped to have Leon with her for a month but he is too busy working in the lAB/in place of the dead and at the hospital in place of those who are spending the whole summer in the country. Olga has resumed her sea-bathing and recommends that Vara follows her example. The summer is very long for Olga this year. Classes finished on 18th April and the exams on the 29th. She is pleased to be able to help at the creche for children whose fathers have gone to the war. She will teach the 6 and 7 year-olds to sew. Olga has not heard from Leon for 10 days. Anna's letters take 15 days to arrive. Olga went to vespers yesterday to please the pleasant priest. The letter is in French and is dated 8 Jun 1921.
Reference number: AB/313
This was digitised as part of the HLF funded project "Revealing and Reinterpreting 'Making Music in Manchester during WW1'"
Artefact added : 7th November 2017
by rncmarchives