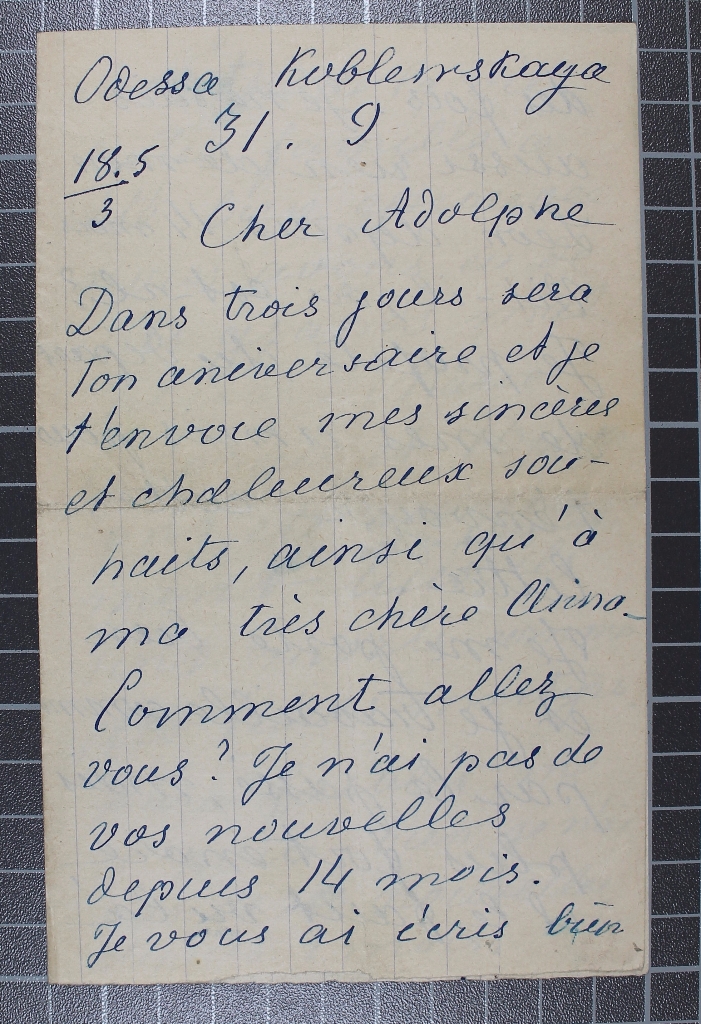 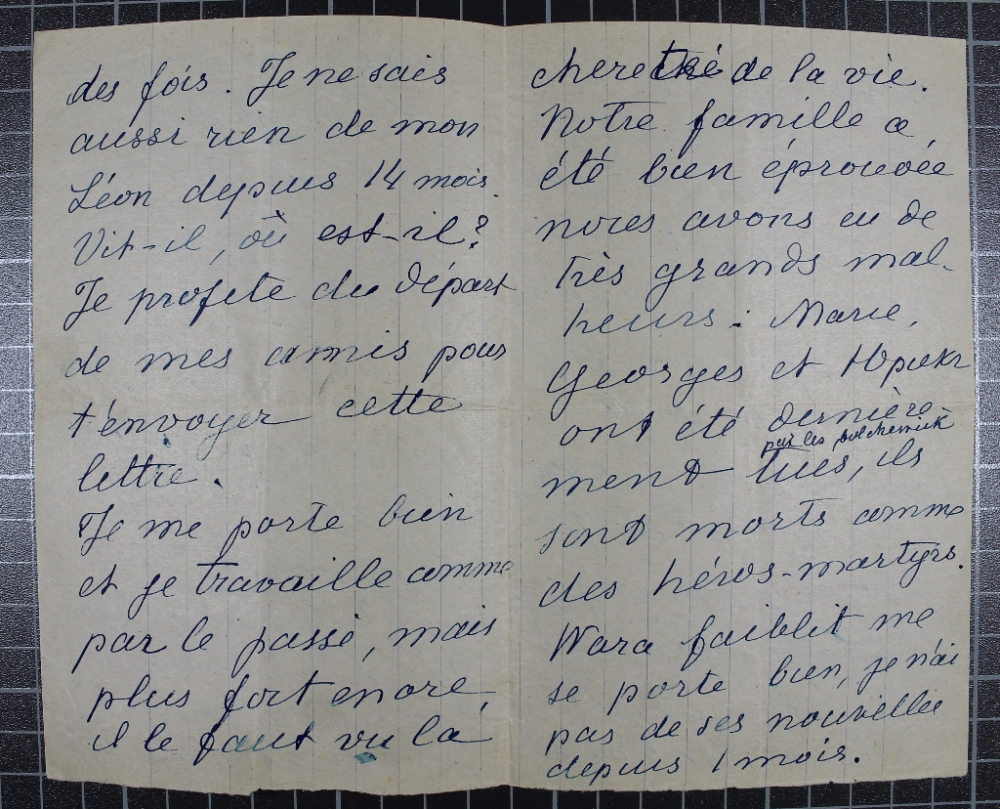 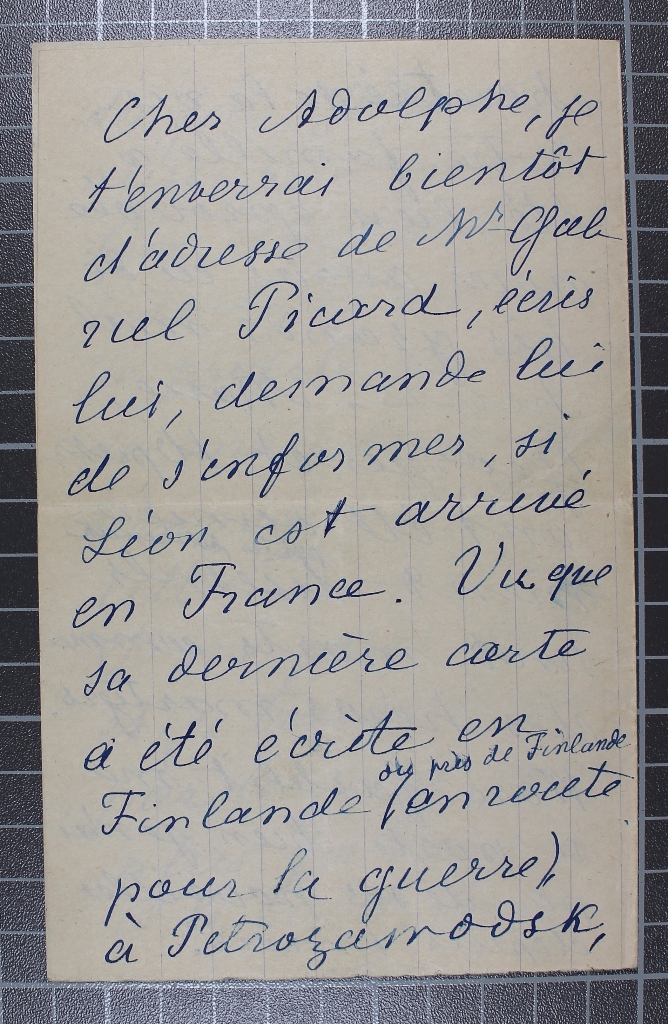 This letter is incomplete. Olga Skadowsky Picard, sister of Anna Brodsky (wife of RMCM Principal Adolph Brodsky) writes to wish Adolph a happy birthday. She has not heard from the Brodskys for 14 months although she has written many times. Nor has she heard from Leon, her son who fights for the French in WW1, for 14 months. Olga is well and working harder than ever but the family has suffered great misfortunes: Marie, Georges and Iurek have all been killed: dead, like hero-martyrs. Wara is becoming weaker. Olga will soon send Adolph the address of Gabriel Picard with the request to ask him if Leon has arrived in France. Olga last had a card from him in Finland or near Finland en route for the War. The letter is written in French, and is dated 18/5 Mar.
Reference number: AB/315
This was digitised as part of the HLF funded project "Revealing and Reinterpreting 'Making Music in Manchester during WW1'"
Artefact added : 7th November 2017
by rncmarchives