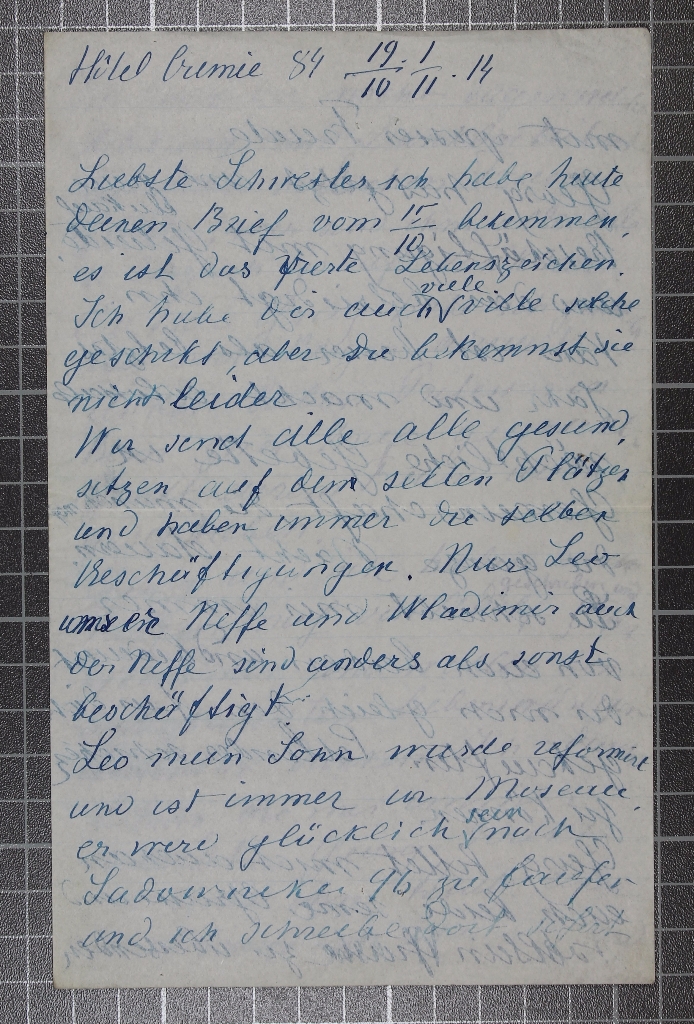 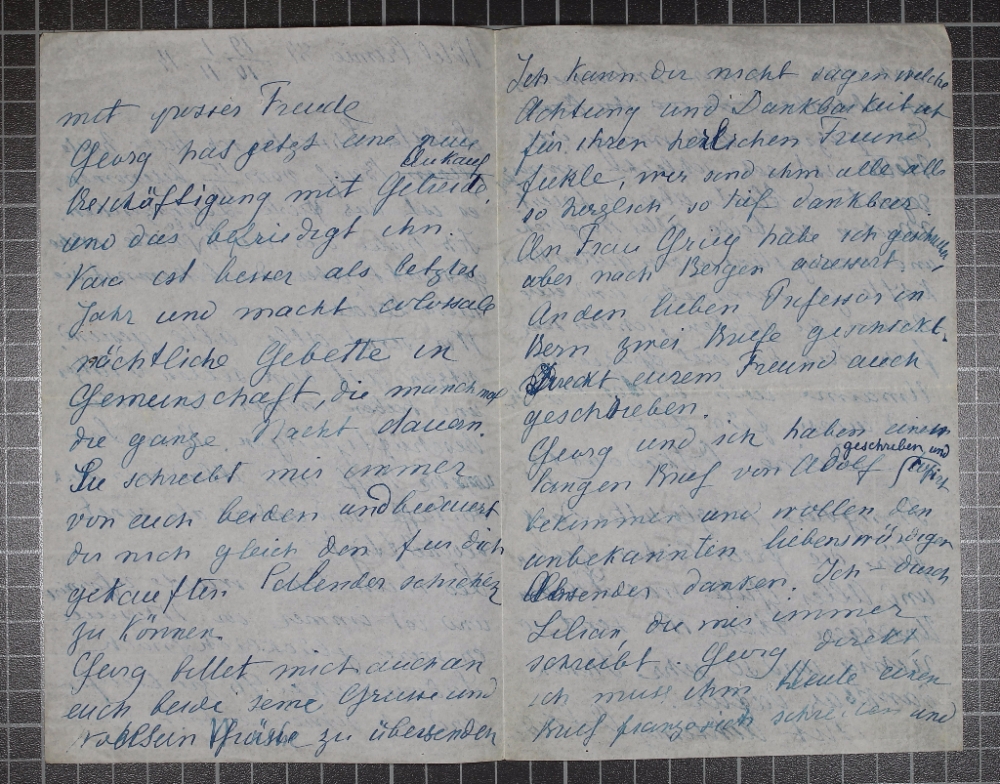 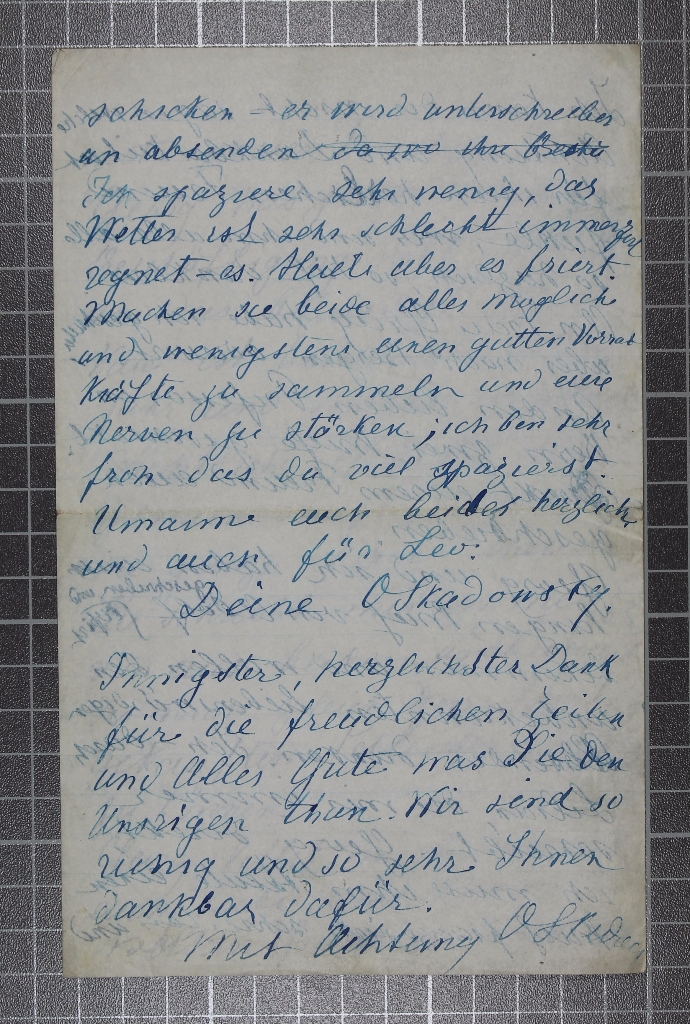 Olga Skadowsky (sister to Anna Brodsky who was RMCM Principal Adolph Brodsky's wife) has just received a letter from her sister Anna, the first sign of life [since the Brodskys were interned as prisoners of war in Austria at the outbreak of the Great War]. Olga reassures her sister that they are all well and continuing as before. Only nephews Lev and Vladimir are differently employed. Olga's son Leon, now reformed is still in Moscow where he is buying a house (he later goes to fight for the French in WW1 and becomes badly burned as a result of the war). Olga's husband Georg is now employed with grain. Olga has also written to Nina Grieg (singer, wife of Edvard Grieg) in Bergen. Olga is very relieved that Anna is walking much. Awful weather prevents Olga from going out walking. The letter is written in German and is dated 19 Oct/1 Nov 1914.
Reference number: AB/324
This was digitised as part of the HLF funded project "Revealing and Reinterpreting 'Making Music in Manchester during WW1'"
Artefact added : 7th November 2017
by rncmarchives