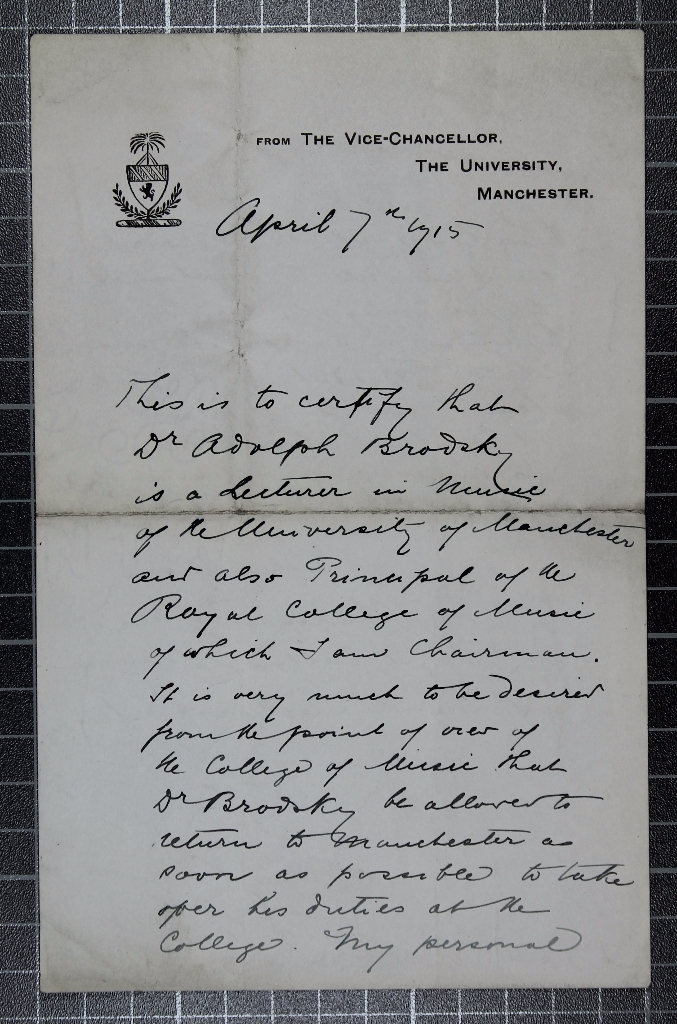 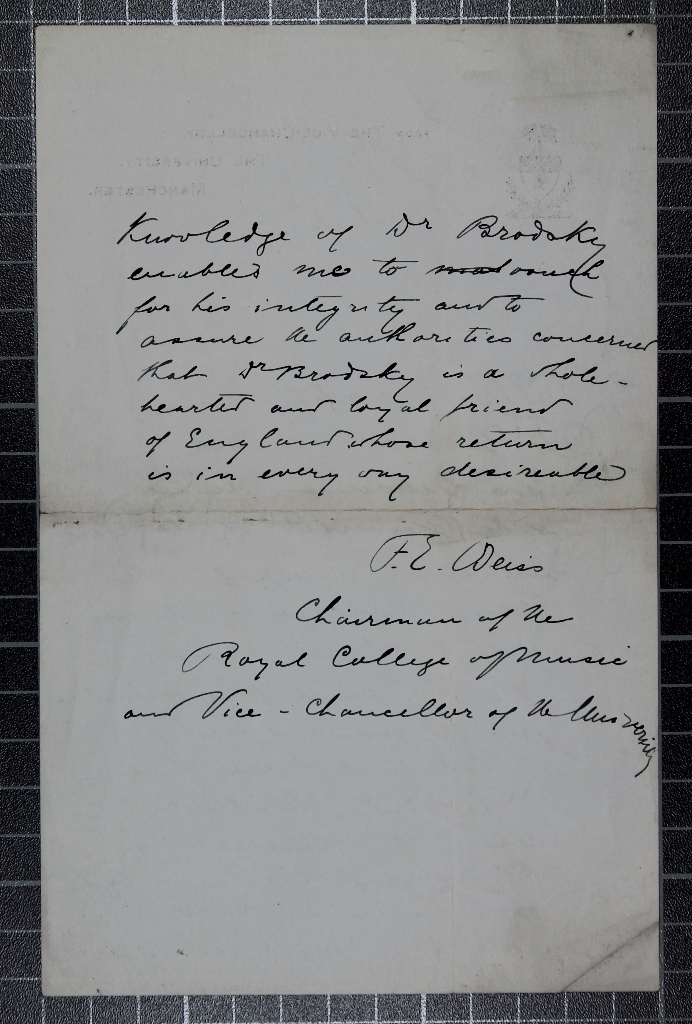 Autograph letter signed from F.E. Weiss to whom it may concern. Weiss writes in his capacity as Vice-Chancellor of the University and Chairman of the Royal [Manchester] College of Music to achieve the release of Adolph Brodsky (Principal of RMCM), being held as a non-combatant prisoner of war in Austria. Weiss certifies that Brodsky is a lecturer in music at the University and Principal of the RMCM. The letter is dated 7 Apr 1915.
Reference number: AB/451a
This was digitised as part of the HLF funded project "Revealing and Reinterpreting 'Making Music in Manchester during WW1'"
Artefact added : 7th November 2017
by rncmarchives