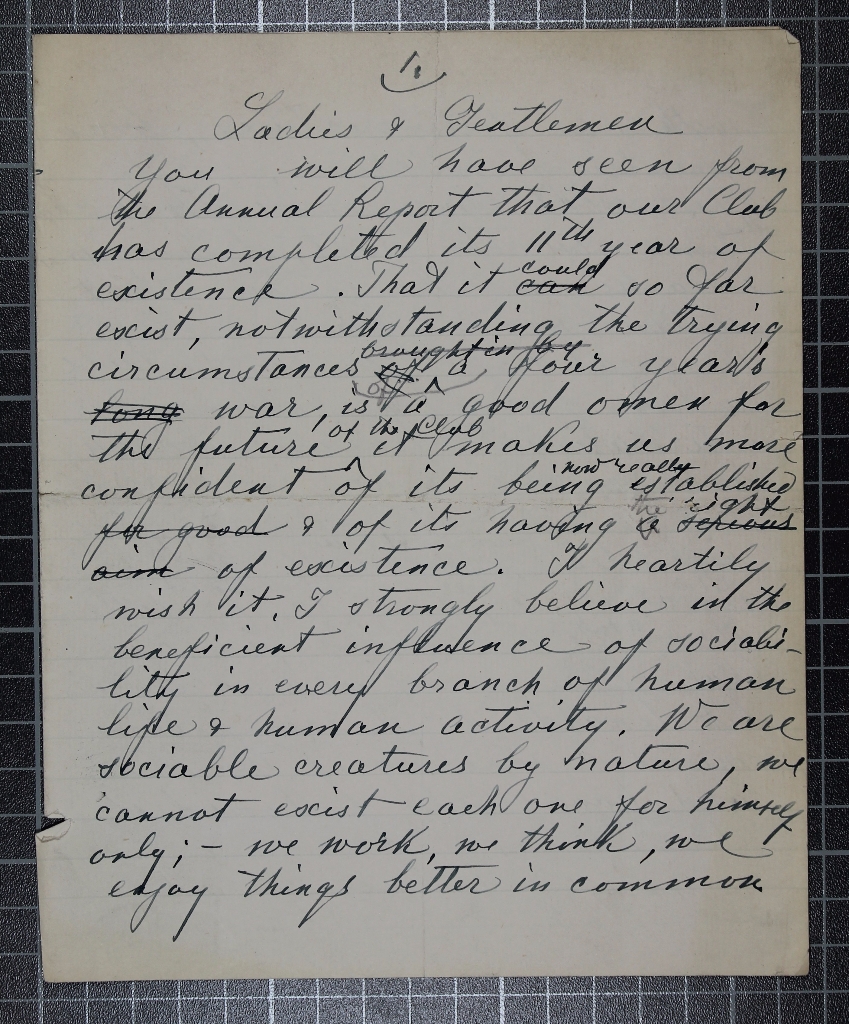 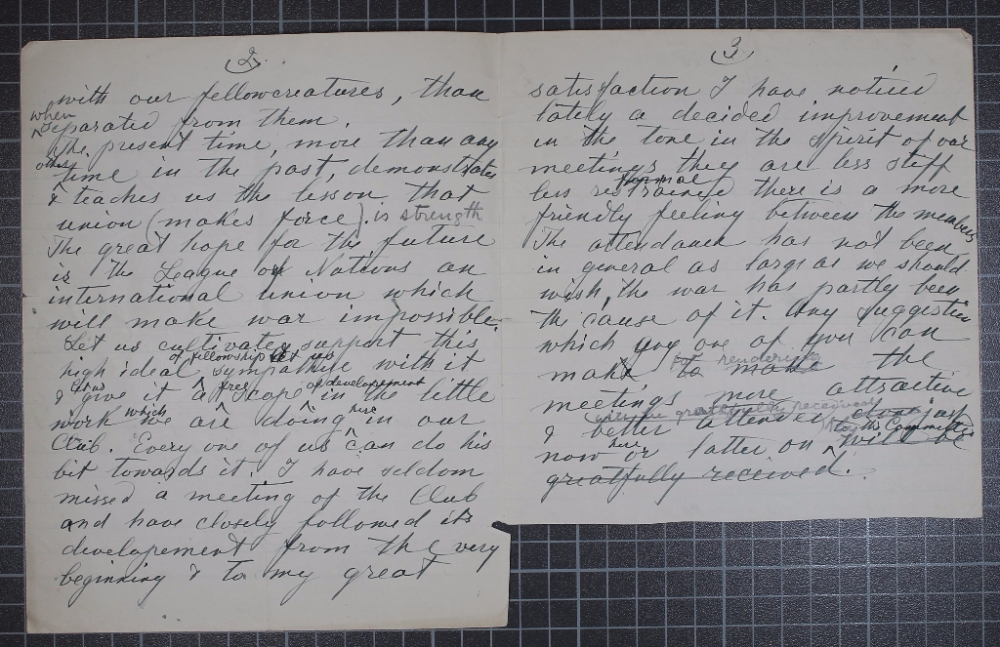 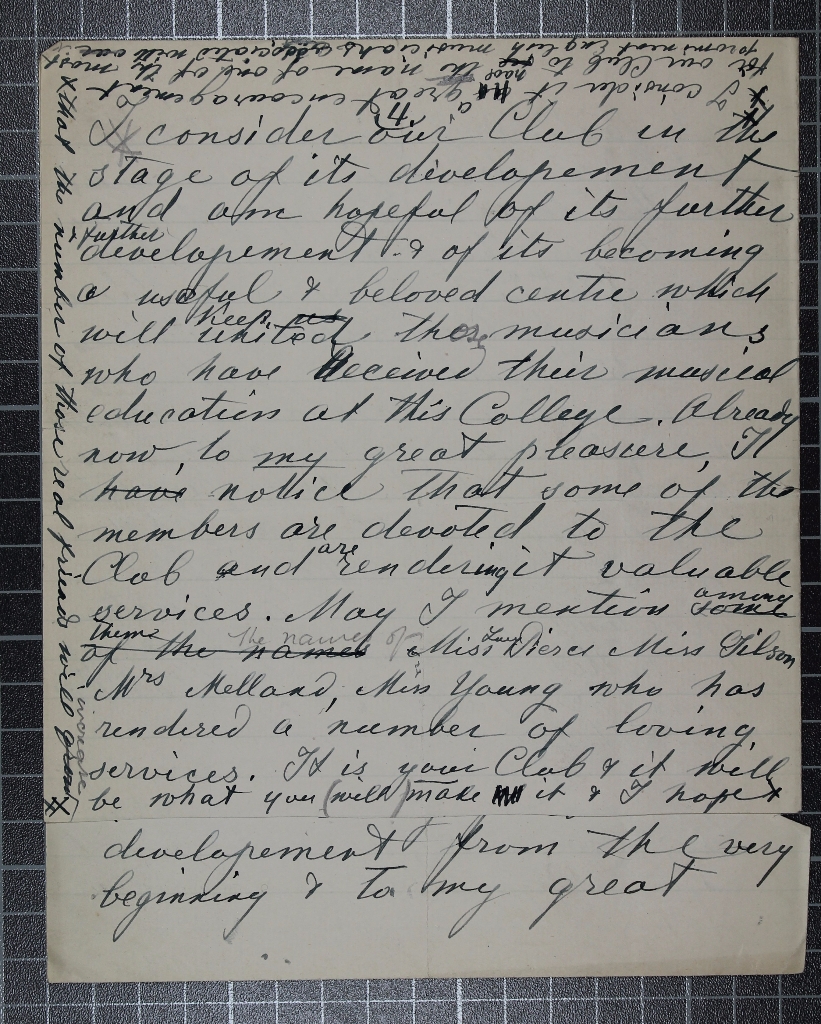 Speech by Anna Brodsky to Royal Manchester College of Music Club. This is a speech of confidence in the RMCM Club, which has now completed its 11th year despite the Great War. Anna Brodsky believes that no one can stand alone and that union is strength. She places her hope in the League of Nations which will make war impossible. Anna Brodsky believes that the Club will keep former students of the College united.
Reference number: AB/521
This was digitised as part of the HLF funded project "Revealing and Reinterpreting 'Making Music in Manchester during WW1'"
Artefact added : 7th November 2017
by rncmarchives