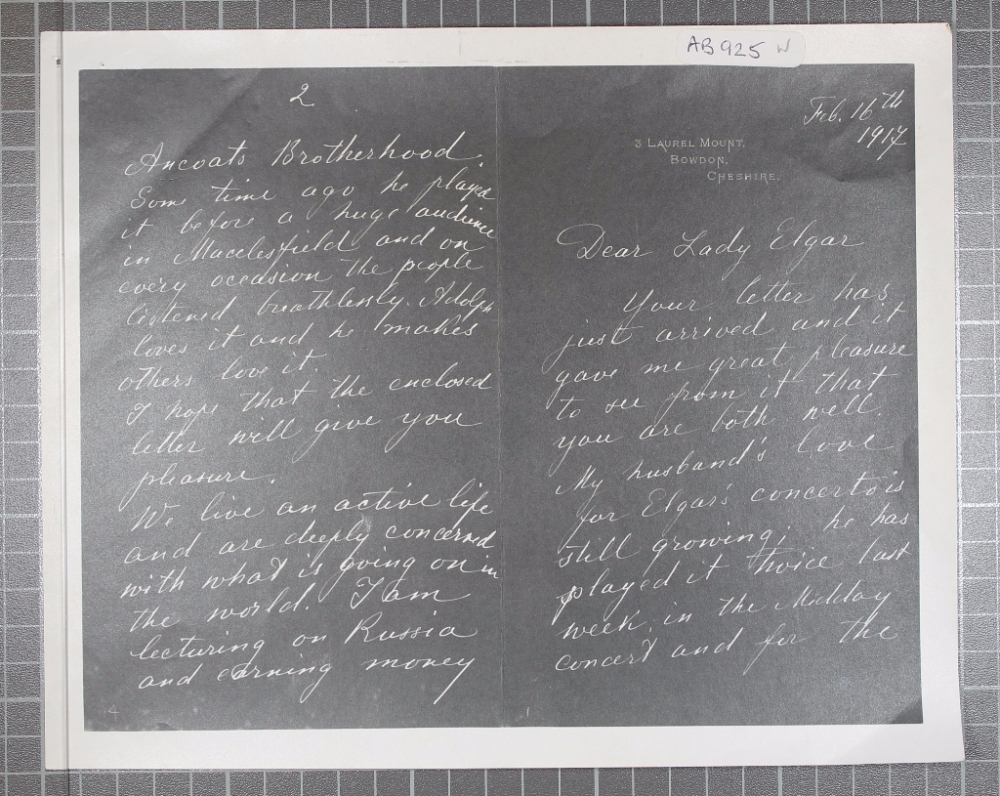 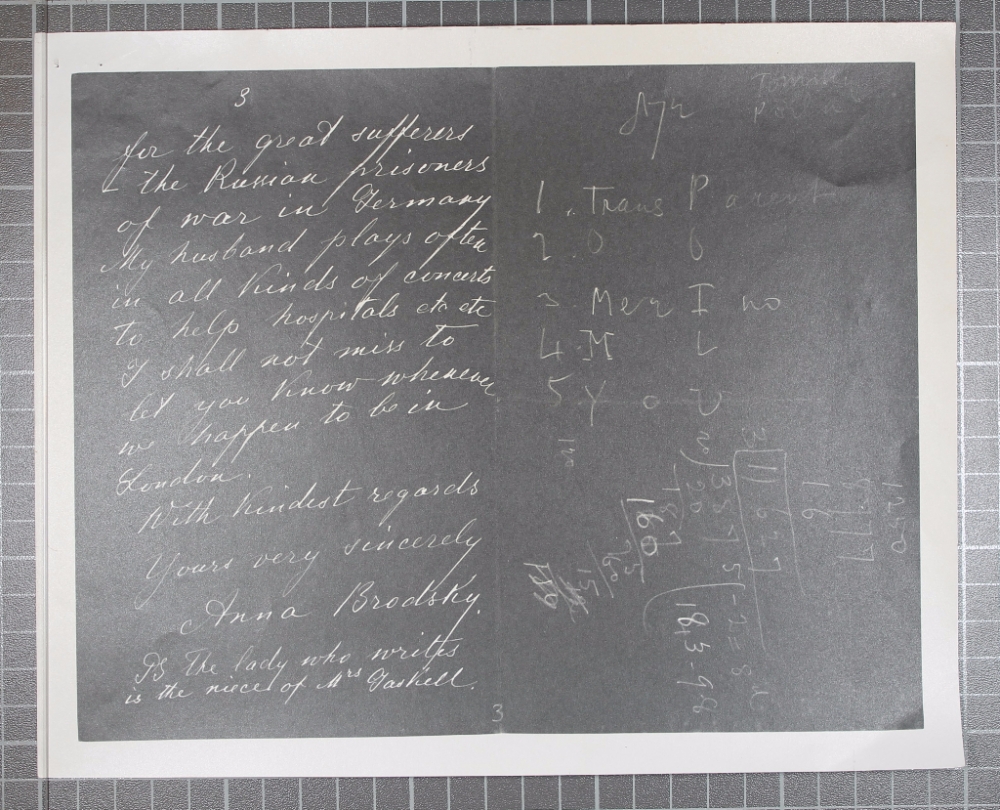 Anna Brodsky (wife of Adolph Brodsky, Principal of RMCM) writes to Lady Alice Elgar of Adolph’s great love of Elgar's Violin Concerto, which he played twice last week: in the Mid-day Concert and for the Ancoats Brotherhood. Some time ago, he also played it to a huge audience in Macclesfield. Anna encloses a letter from the niece of Mrs. Gaskell [which we do not have]. Anna adds that they are leading active lives and are very concerned with what is going on in the world. Anna is lecturing on Russia and earning money to help the suffering of Russian prisoners of war in Germany. Adolph plays in concerts to help hospitals. The original letter is dated 16 Feb 1917, and it is unclear when this photocopy was made.
Reference number: AB/925
This was digitised as part of the HLF funded project "Revealing and Reinterpreting 'Making Music in Manchester during WW1'"
Artefact added : 7th November 2017
by rncmarchives