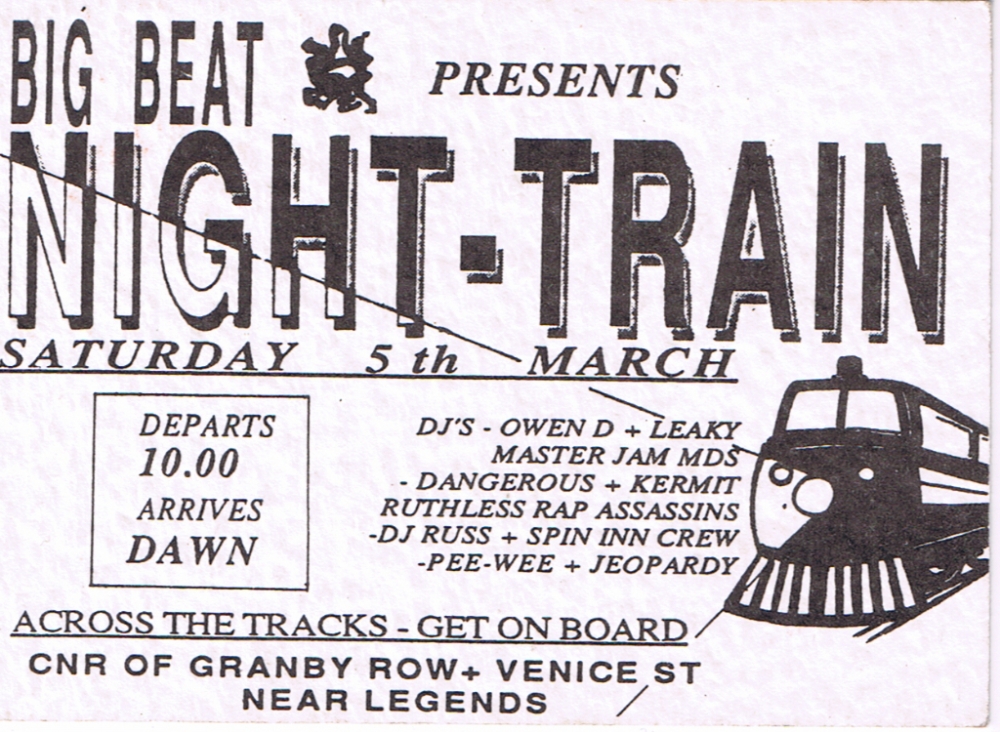 Manchester's industrial heritage meant that the city had a lot of empty warehouses to offer before they all became re-developed and gentrified.

With warehouse parties being all the rage in the US, Night Train tried to emulate the vibe by taking over a disused facility in Granby Street for one night.

The one-off all-nighter was a huge success and had been organised by some members of The Mancunion collective. Among some who played on the night were those who later went on to become successful artists, DJs and/or music producers in their own right (Pee-Wee and Jeopardy, you know who you are). ARTWORK: PHOTO: CRAIG SMITH
Artefact added : 27th November 2017
by Rahiel Nasir (Naz)