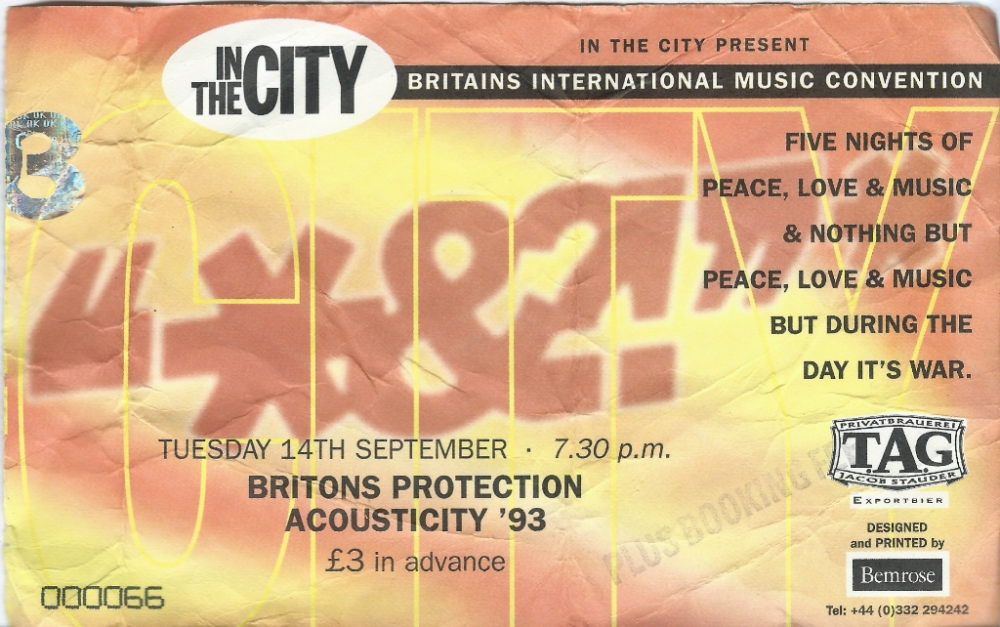 Acoustic gig as part of In The City headlined by Mark Burgess. Diary entry mentions that he played 'Beat The Boat' so I assume he was joined by Bryan Glancy. I think John Bramwell played too as a friend remembers the compere (Mark Radcliffe) mentioning that he was about to head off to the States for a while.

I also recall speaking to Eddie Izzard in the back room downstairs as he had just started a record label and was at the convention to promote that. Wish I could remember the label name.
Artefact added : 26th May 2018
by mrdisposablerazor

Tinyminx Says –
Wow! I was there...Eddie Izzard? Bloodyhell. Was a great night
If you'd like to leave a comment, please Login. Login
Manchester Digital Music Archive is licensed under an
Attribution-NonCommercial-ShareAlike 4.0 International License.
Charity no. 1164179
Our archive currently contains 3608 Bands, 695 DJs, 1318 Venues, 207 Industry Professionals and 19444 artefacts contributed by 3517 members.