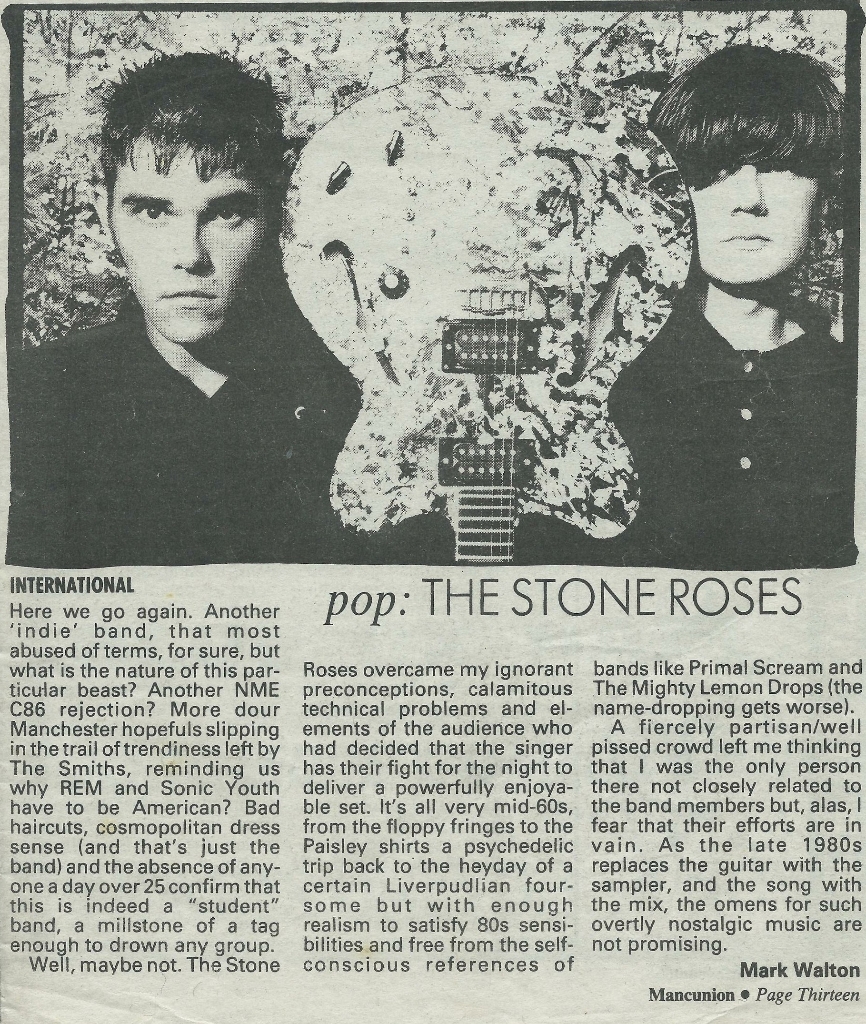 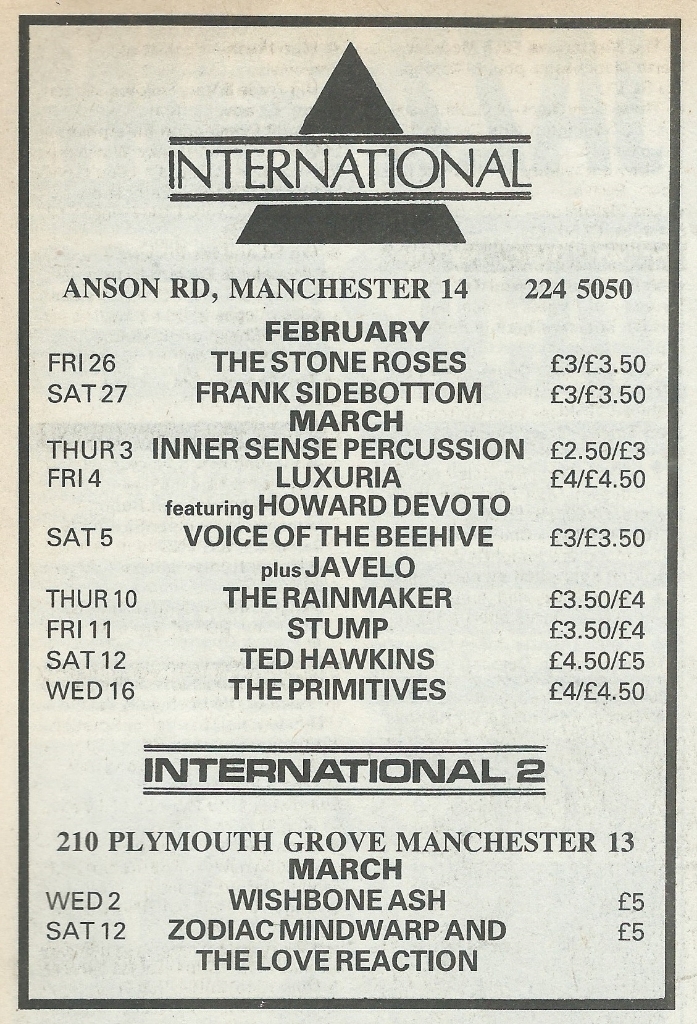 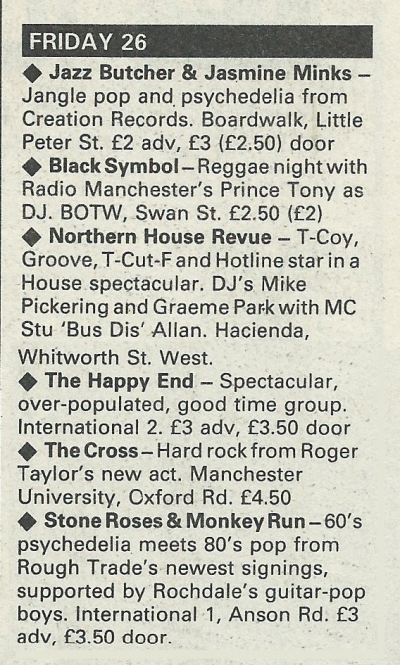 Review of The Stone Roses' gig at the International 1 on 26/02/88 in the Mancunion student newspaper (dated 03/03/88)
This was the first time I saw them and agree with the reviewers comments about the crowd as I wasn't aware that they had such a loyal and committed following. I started off close to the front but not long after they started I remember being face to face with a paisley-shirted lad with a cut above his left eye which made this soft student move back to somewhere safer. Apart from that what I mainly remember is Reni drumming with his top off and wearing a hat with the sides turned up and I've recently seen a photo doing the rounds which looks like it's from that night. I also remember Peter Hook being there which would make sense if he'd just produced Elephant Stone which was due for release on Rough Trade around then.

Update: Added advert for the International and listings for the night from City Life.
Artefact added : 11th August 2018
by mrdisposablerazor