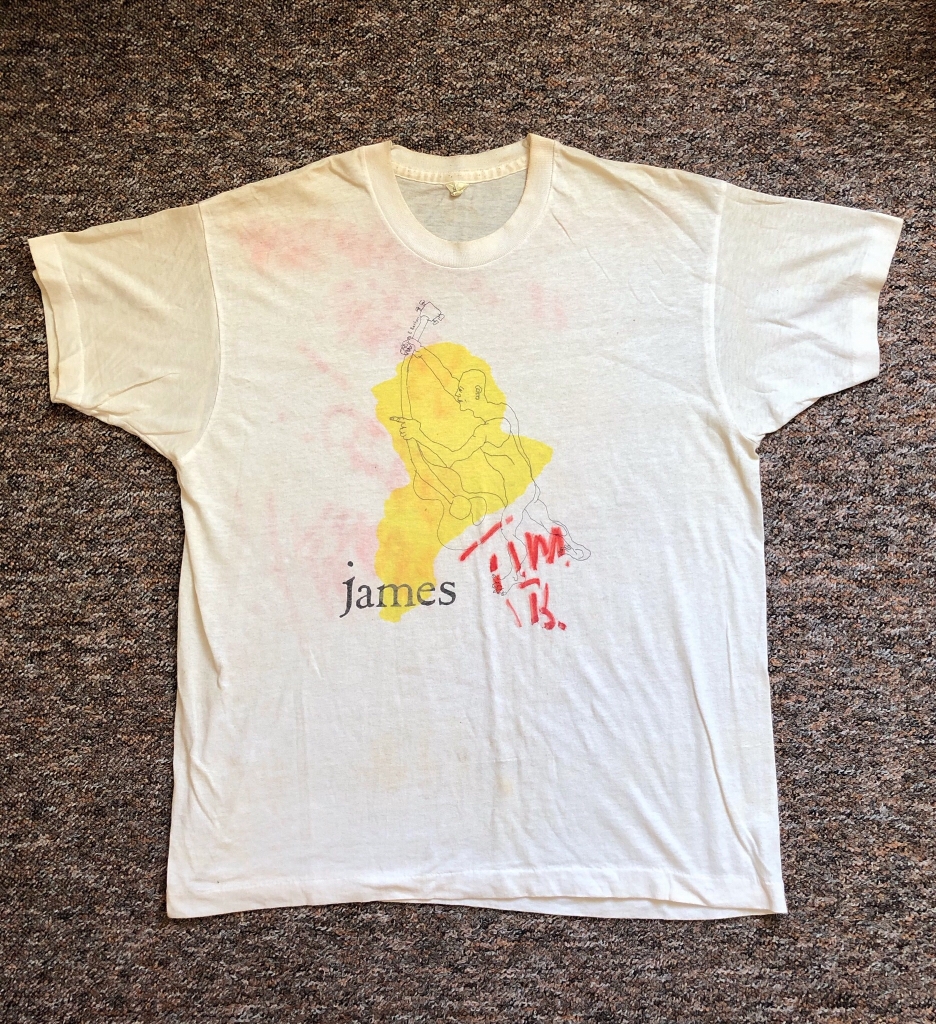 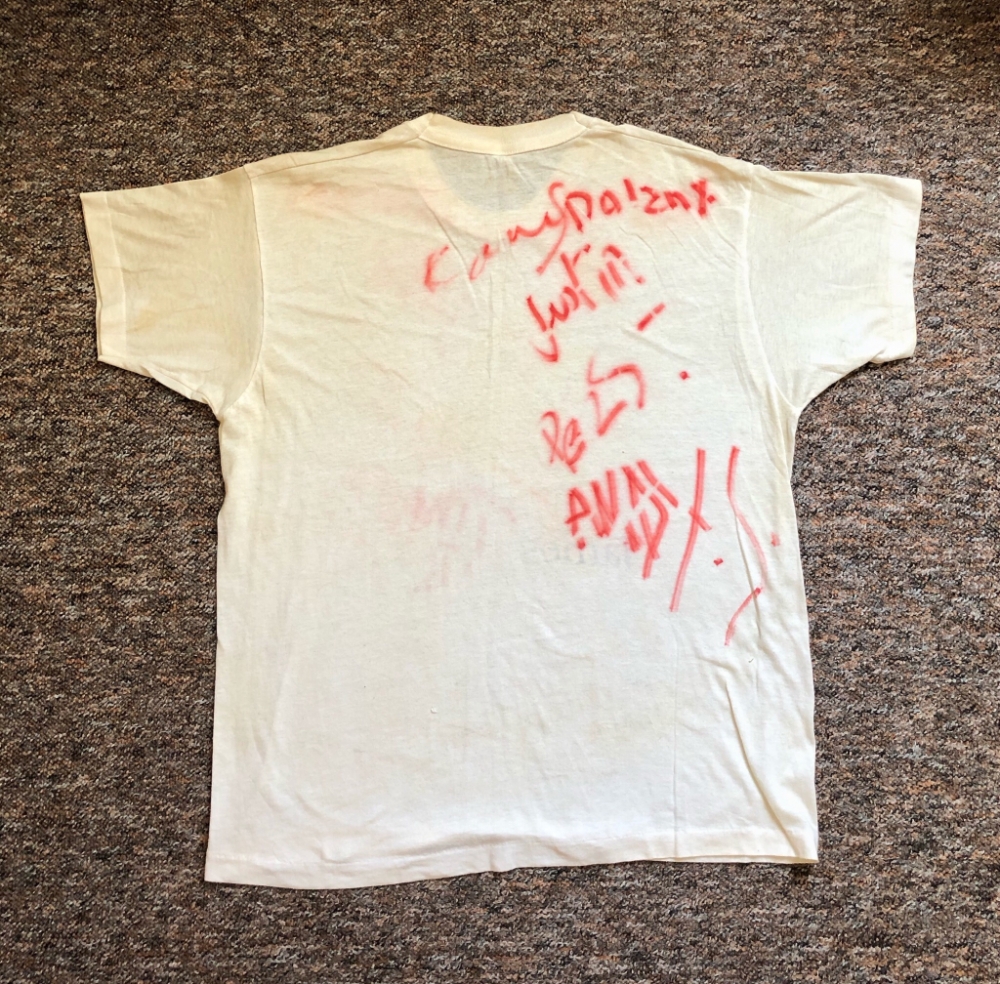 Anti-Apartheid Benefit gig, 15 March 1990.
James t-shirt signed by Tim Booth. I remember seeing him trying to leave inconspicuously after his and Larry Gotts short acoustic set (I managed to get Larry’s guitar pick - still have it). I called his name and he stopped and signed my T-shirt and I remember asking him why James were not doing a gig at G-mex at that time - I think it might have been planned but never materialised. It suddenly got crowded around us and Tim made a fast exit. Afterwards backstage with the New Fast Automatic Daffodils, they signed the back of the shirt and my mate gave Dolan a stone. Yes, a stone, a pebble! Can’t remember why. I’m sure A Guy Called Gerald did a short set too - but I could be wrong, it was a long time ago.
Artefact added : 17th December 2018
by GarrethHughes