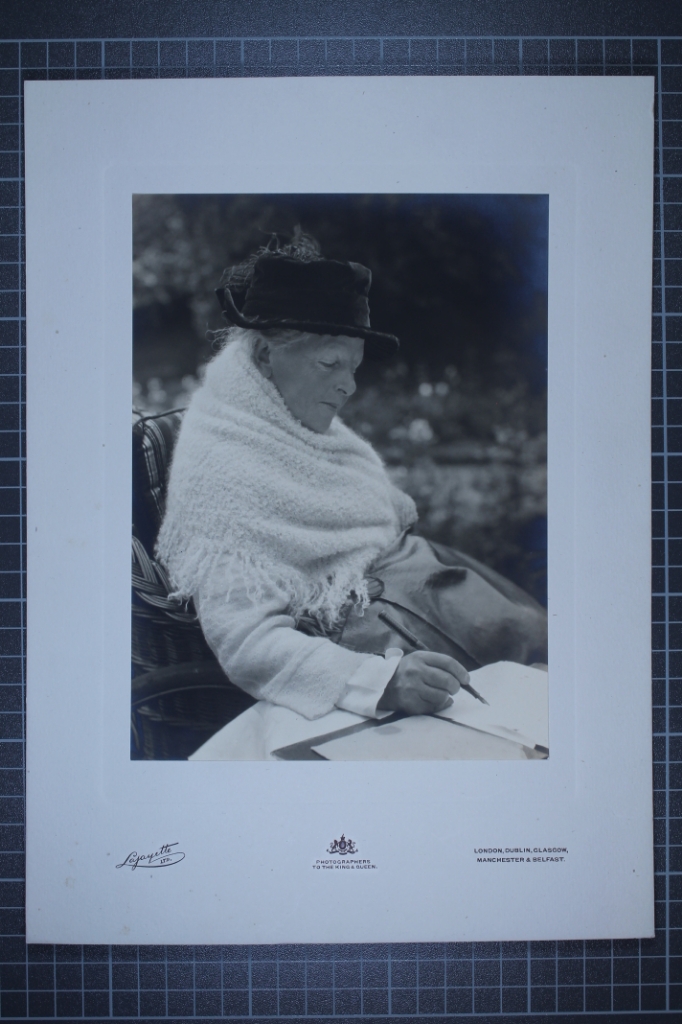 Anna Brodsky (c.1855-1929) was a scientist and President of the Royal Manchester College of Music. An avid letter writer, she's here poised with a gorgeous fountain pen outside in her wicker chair.
You may not have known that before she married RMCM Principal Adolph Brodksy, she had plans to run away with a socialist to Liverpool, leaving her life in Paris and her family in Russia behind for a future of daring-do. I wonder how the RMCM would have been different without her input?
This photograph may have been taken when Anna was suffering from partial paralysis in the early 1920s.