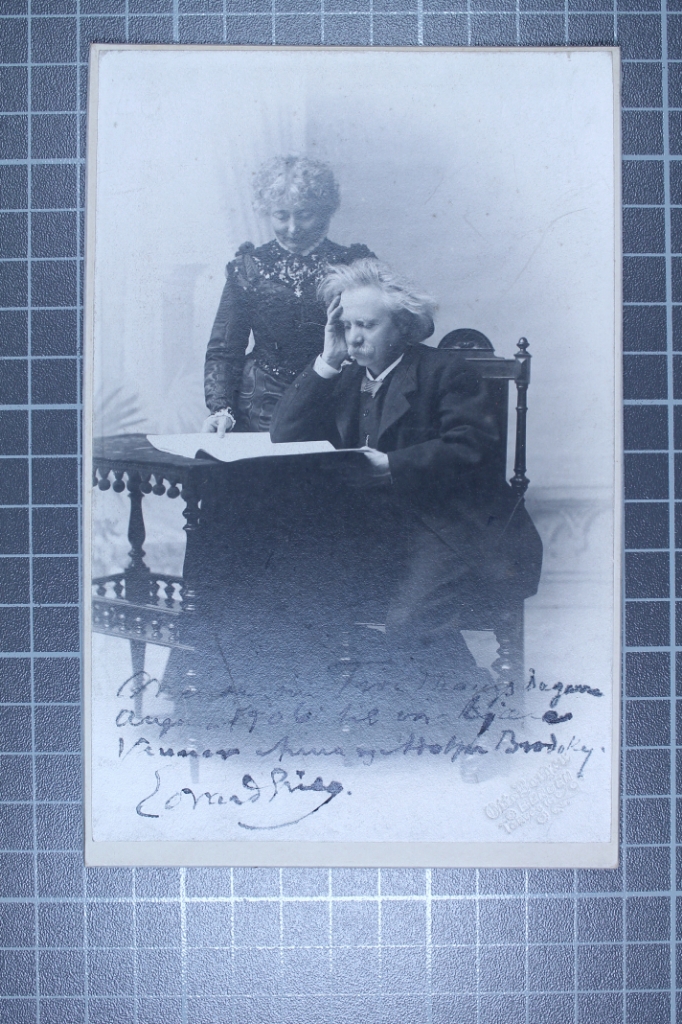 So it turns out that Royal Manchester College of Music power couple Adolph and Anna Brodsky were pals with the Norwegian power couple Edvard and Nina Grieg. They met up, were pen pals, talked music and musical life and sometimes sent photos to each other where they looked super bored.

This is an example of an early sort of postcard - you'd get your pic taken at a studio and printed in bulk and then you could send you face to whoever you like, pretty cool idea!

Grieg has written a message in Norwegian, which reads:‘Memories of days at Troldhaugen to our dear friends, Anna and Adolph. Edvard Grieg.’