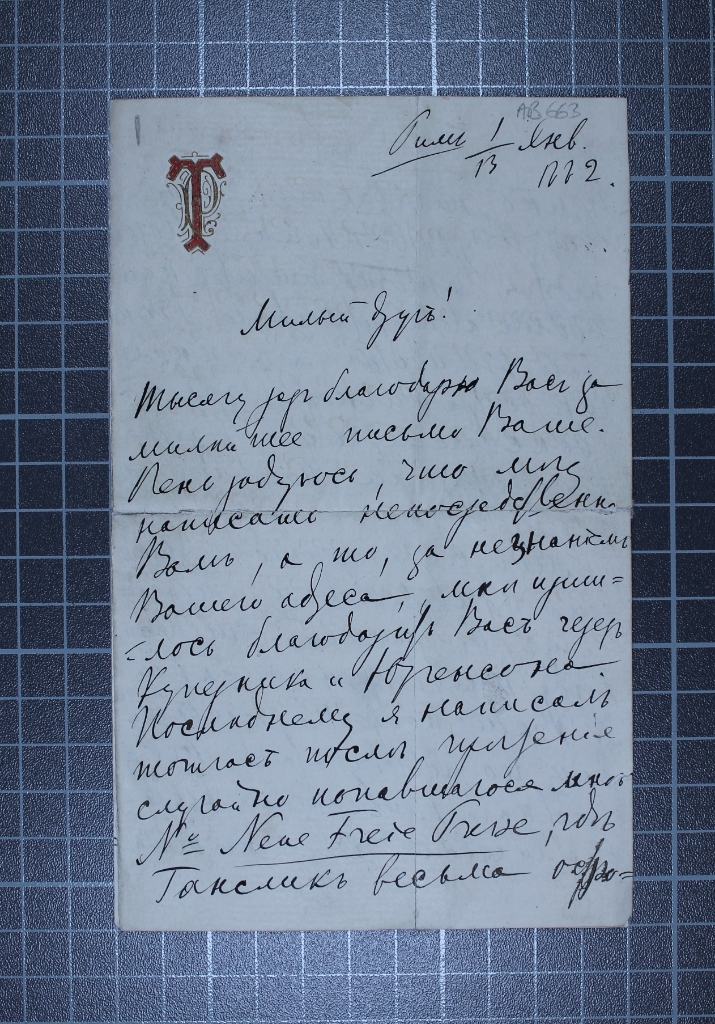 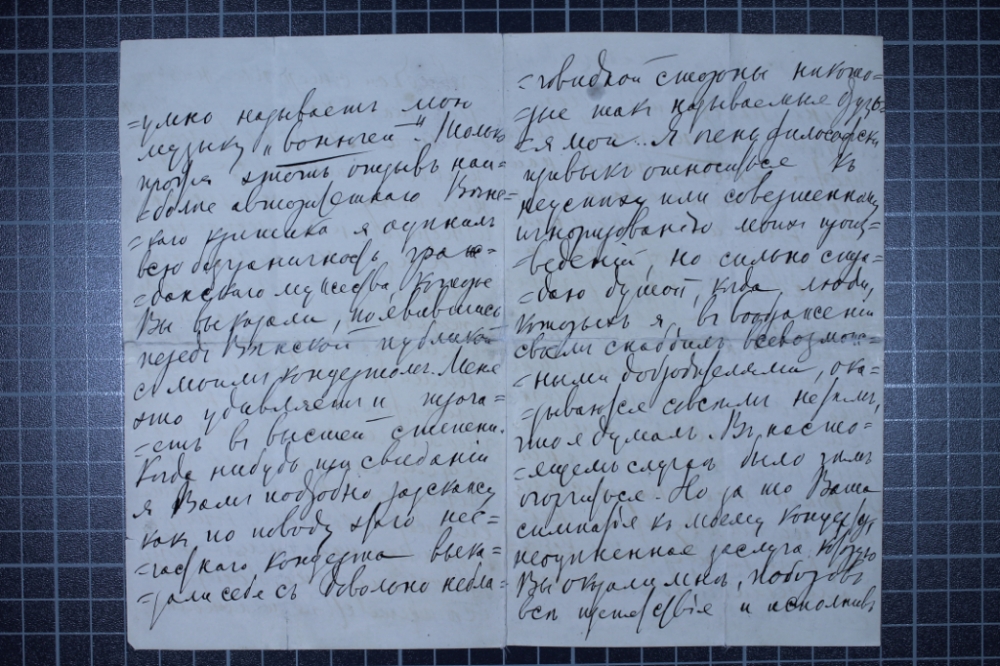 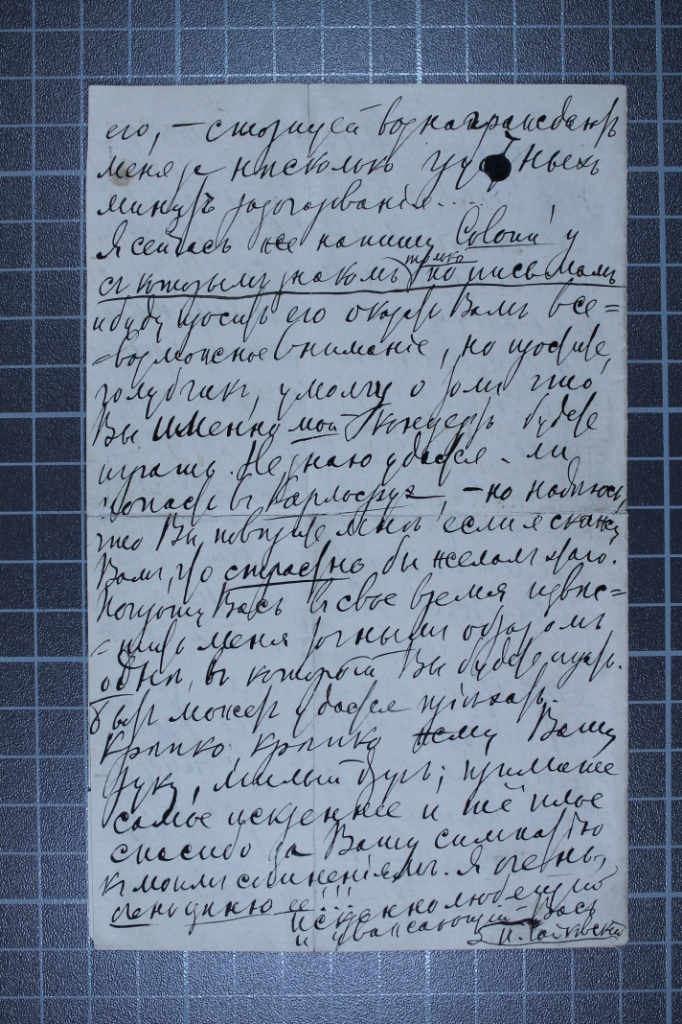 Tchaikovsky drops his pen pal Adolph Brodsky at the Royal Manchester College of Music a scribble.
Tchaikovsky is pleased to have a letter from Brodsky and is delighted to be able to write to him directly instead of through Kupernik and Jurgenson. Tchaikovsky wrote to the latter after chancing upon the Neue Freie Presse in which Hanslick described his music as "stinking". Tchaikovsky praises Brodsky for appearing before a Viennese audience with an unknown concerto and expresses his deep gratitude. Tchaikovsky will write to Colonne with whom he has corresponded and ask him to look after Brodsky. However he will not mention that Brodsky is going to play his violin concerto. Tchaikovsky hopes very much that he will be able to go to Karlsruhe and asks Brodsky for the exact date when he intends to play.

I'm not gonna lie, I have no idea who any of the other people he mentions in the letter are. Not a clue.

The handwriting's not terrible, it's Russian.