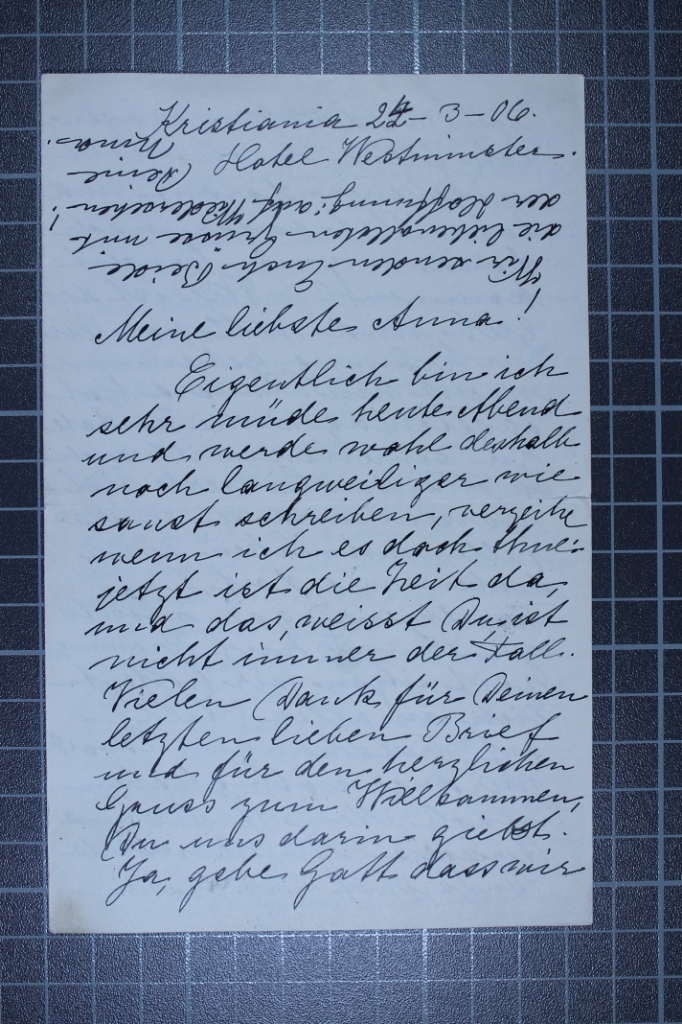 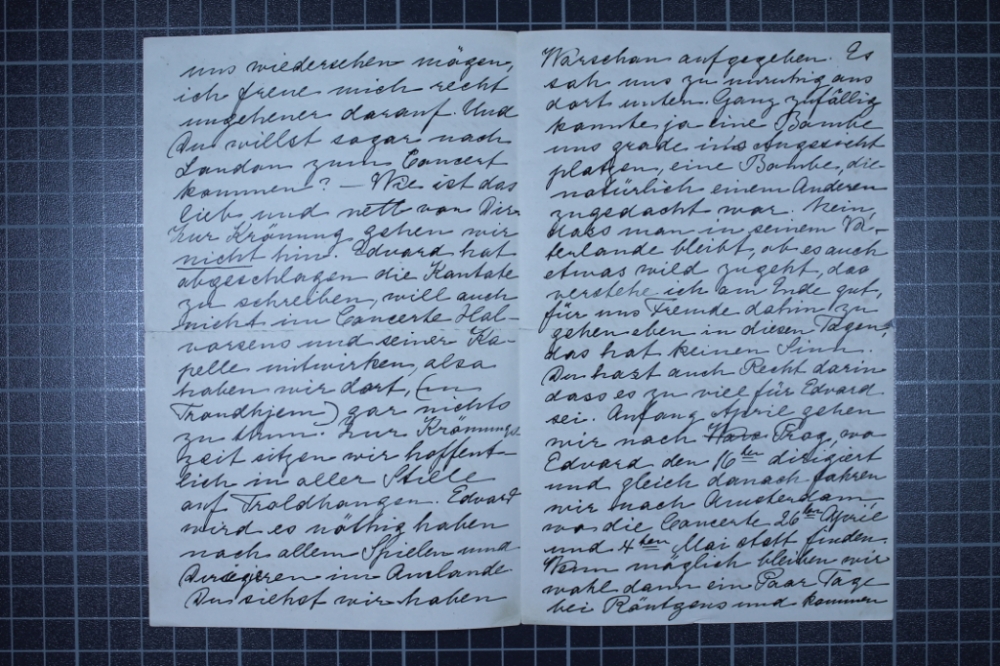 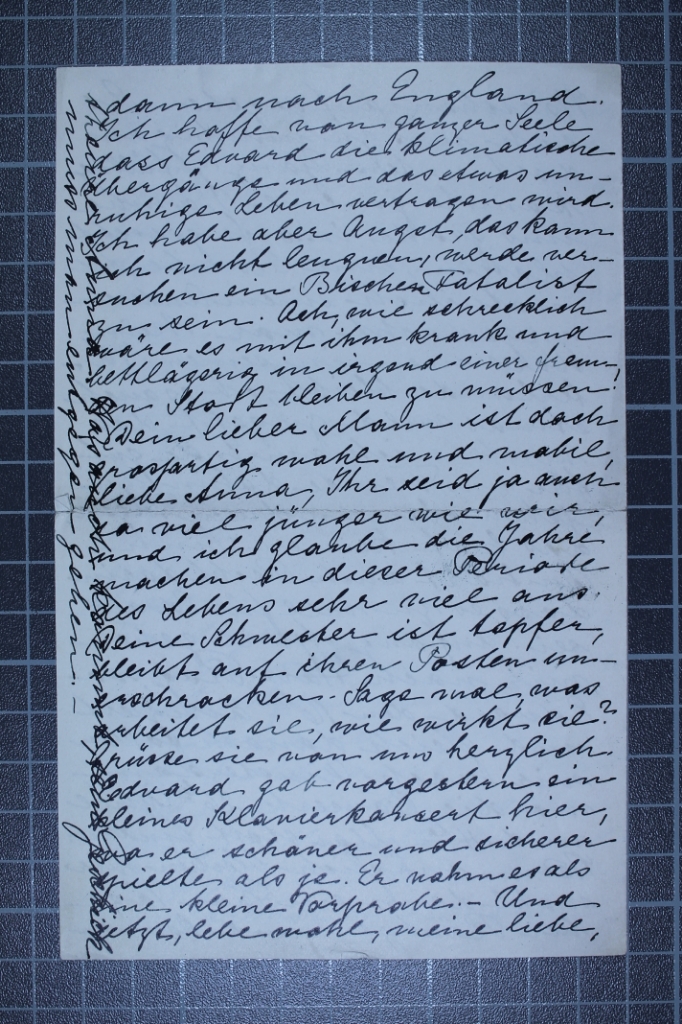 Nina wonders if Anna will come to the concert in London. Edvard refused to write the Cantata for the Coronation and they did not go to the Coronation. They have been to Warsaw where a bomb went off in their faces. At the beginning of April they have planned to go to Prague and Amsterdam for concerts and then to move on to England. Nina has misgivings that this may be too much for Edvard.