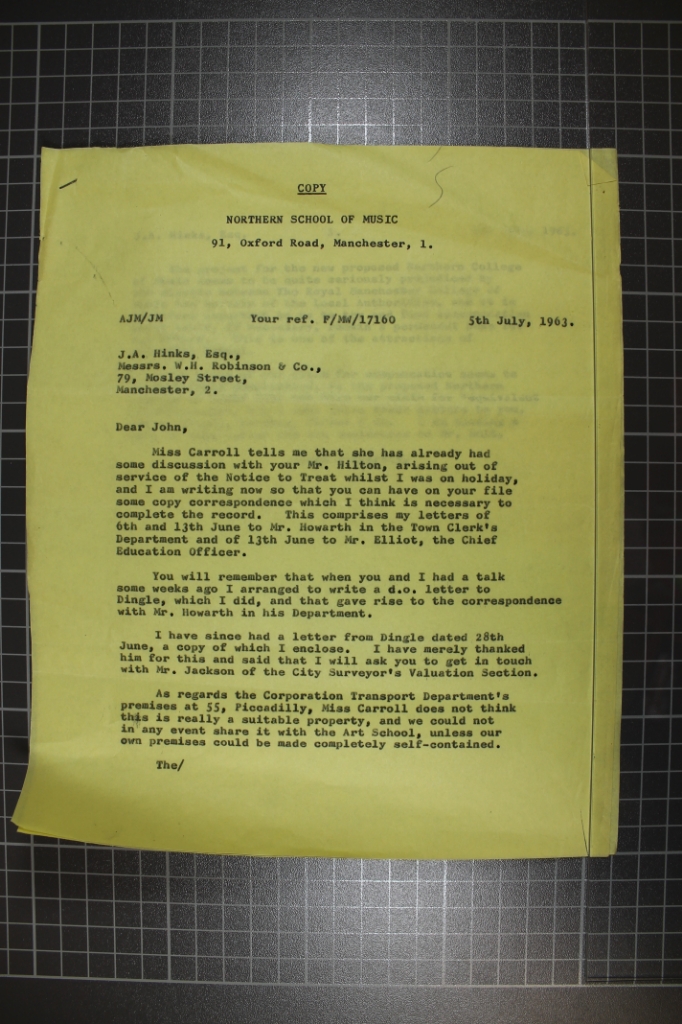 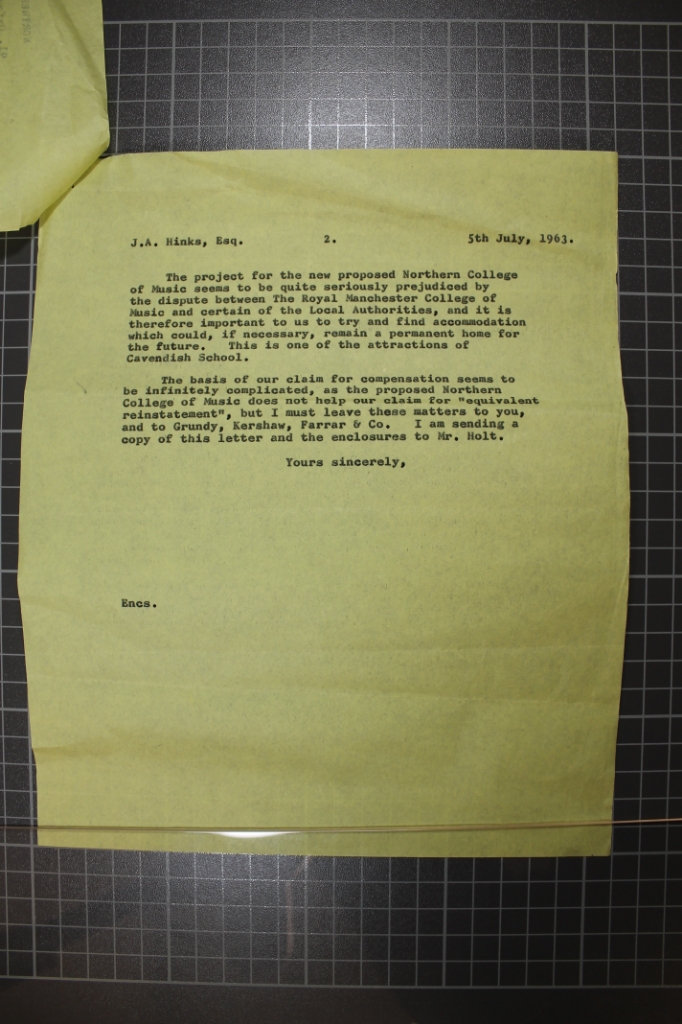 The Northern School of Music making its voice heard when it comes to finding a location or building for the then forthcoming Royal Northern College of Music. It did not want to share premises with any other school (possibly Manchester Metropolitan's School of Art?) and it was of the opinion that negotiations were "quite seriously prejudiced" by the "dispute" between the RMCM and local authorities. Not sure what this dispute would have been but was likely to do with continued funding.

What do you think? What if the RNCM had ended up on 55 Piccadilly? Above symphony hall above a Wetherspoons. I like the idea.

Part of the #NSM2020 project "A 20/20 Legacy: the centenary of the Northern School of Music" supported by the National Lottery Heritage Fund.
Artefact added : 13th February 2020
by rncmarchives