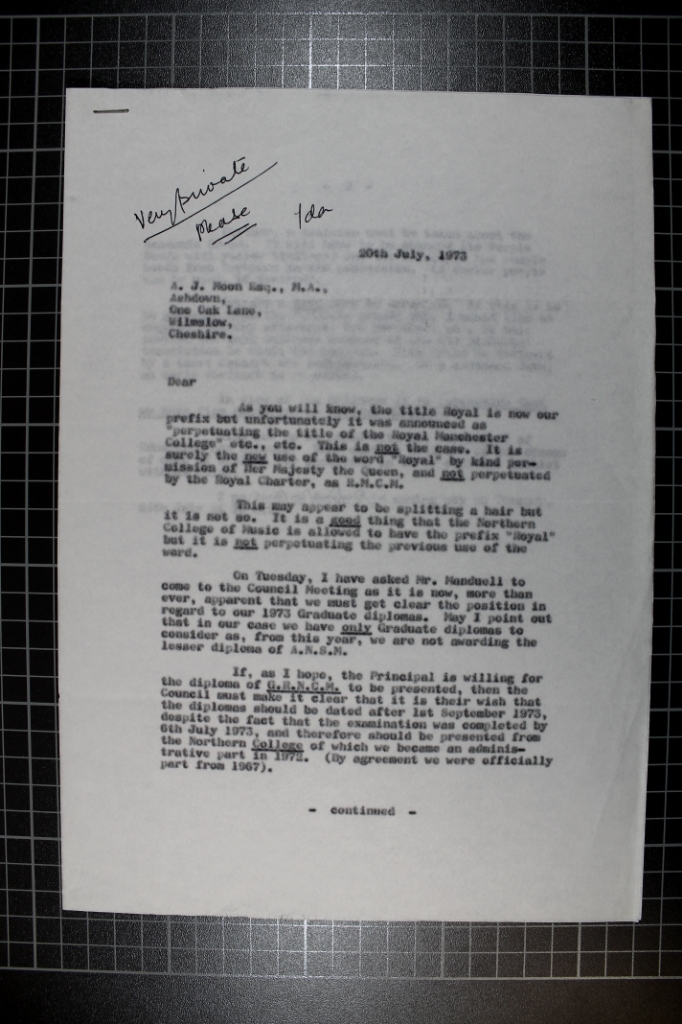 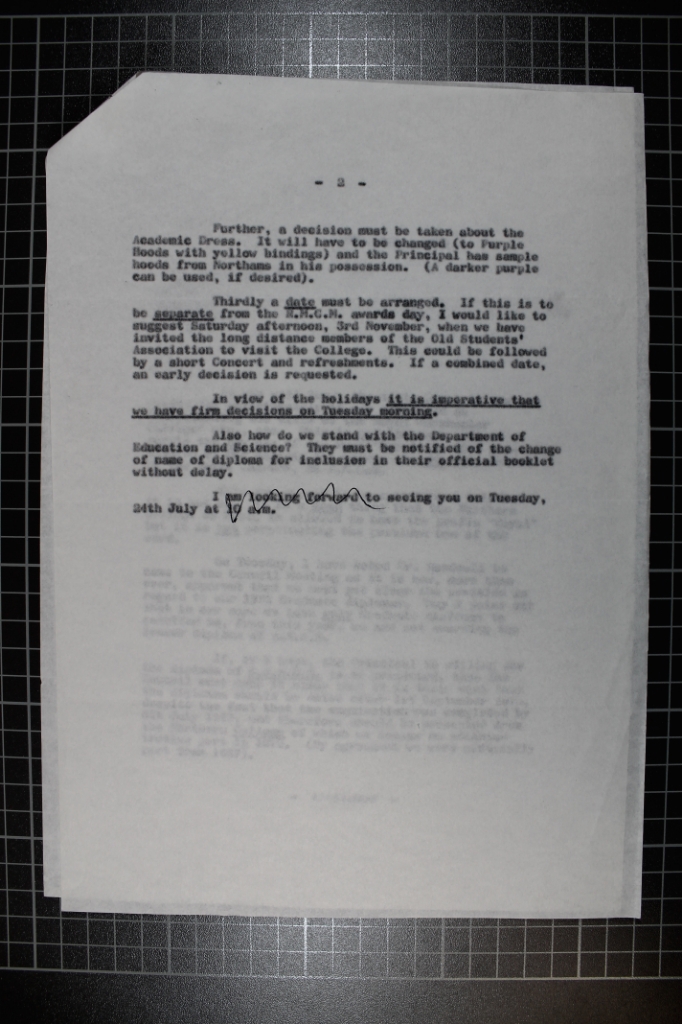 A strong letter from Ida Carroll (1905-1995, student, secretary and then principal of the Northern School of Music) regarding the misleading reports that the Royal Northern College of Music inherited its title from the Royal Manchester College of Music.

Indicative of the worries that she had regarding the legacy and input of the Northern School of Music (which merged with the RMCM to form the RNCM), she wishes continually for the contributions of the NSM to be recognised in their own right as part of the new school. This was a theme for almost 20 years and corner she continued to fight.

Part of the #NSM2020 project "A 20/20 Legacy: the centenary of the Northern School of Music" supported by the National Lottery Heritage Fund.
Artefact added : 14th February 2020
by rncmarchives