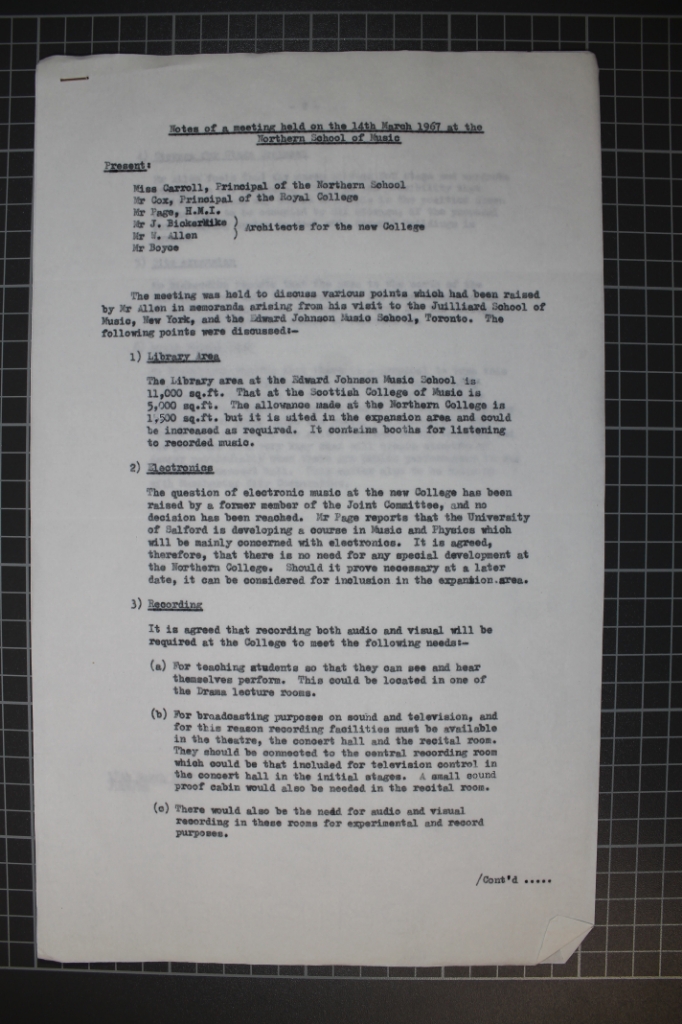 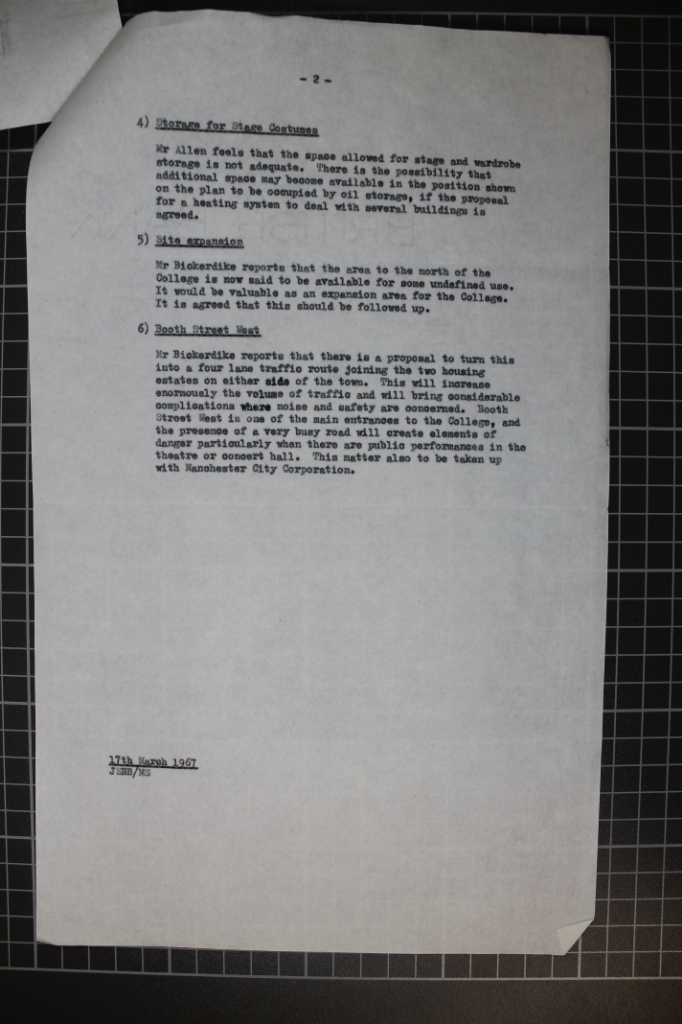 Some details from the Northern School of Music meeting with the steering committee for the future RNCM. The idea of electronic music provision was considered but since University of Salford had a similar course the new college would not need one. An interesting point is that the proposed site (where the RNCM now stands) was due to have Booth Street West expanded to the 4 lanes that it is now to connect the two areas of Hulme and Brunswick etc. The steering committee were worried about the amount of noise this would create. If only they could hear the buses thundering and rattling down Oxford Rd now!

Part of the #NSM2020 project "A 20/20 Legacy: the centenary of the Northern School of Music" supported by the National Lottery Heritage Fund.
Artefact added : 18th February 2020
by rncmarchives