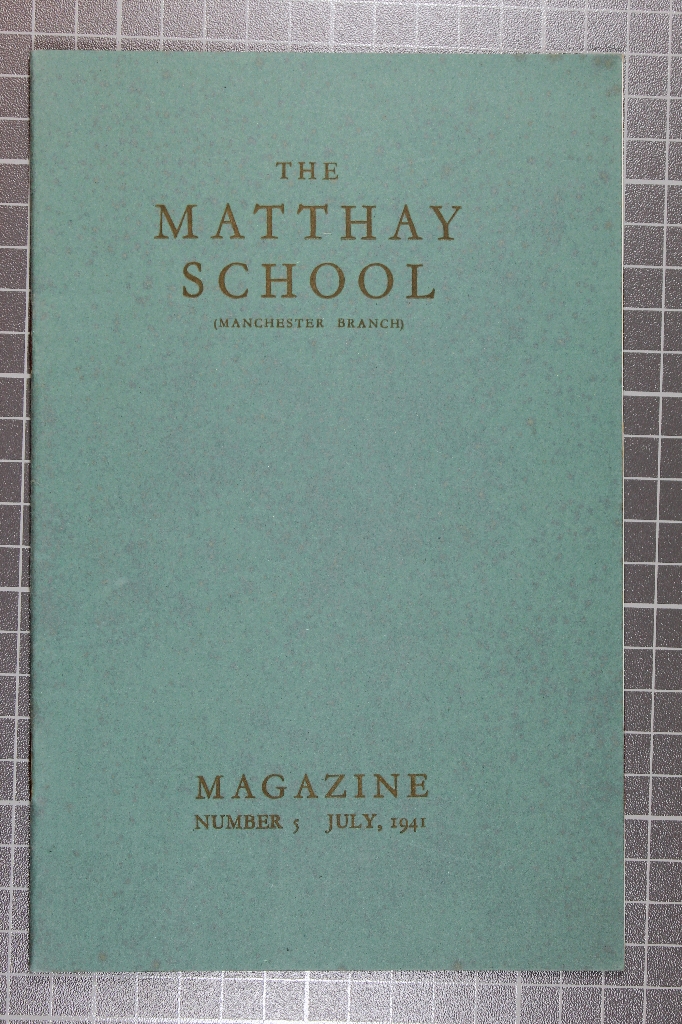 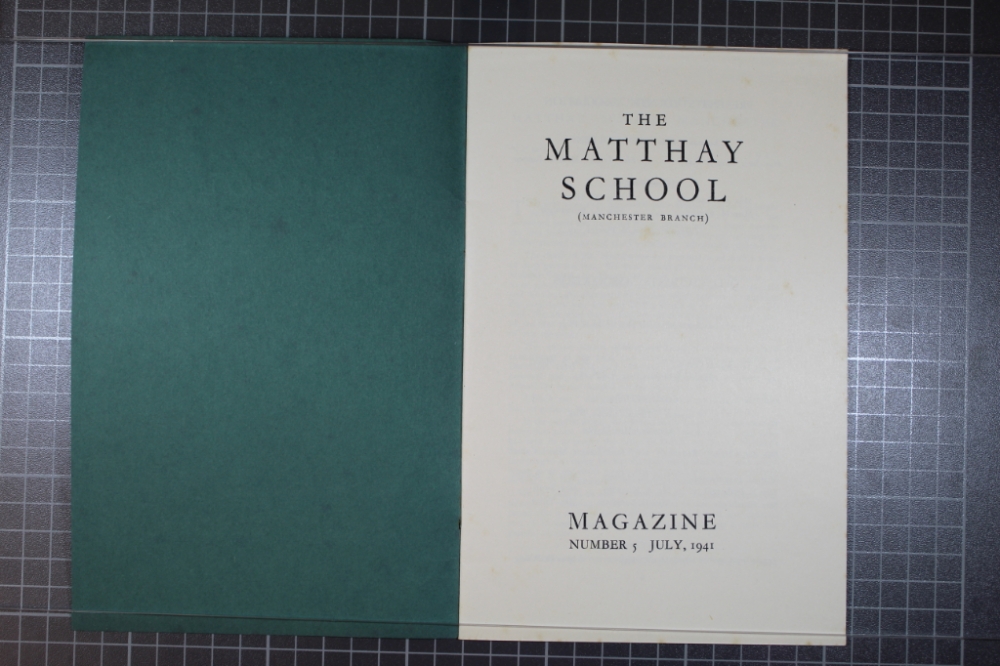 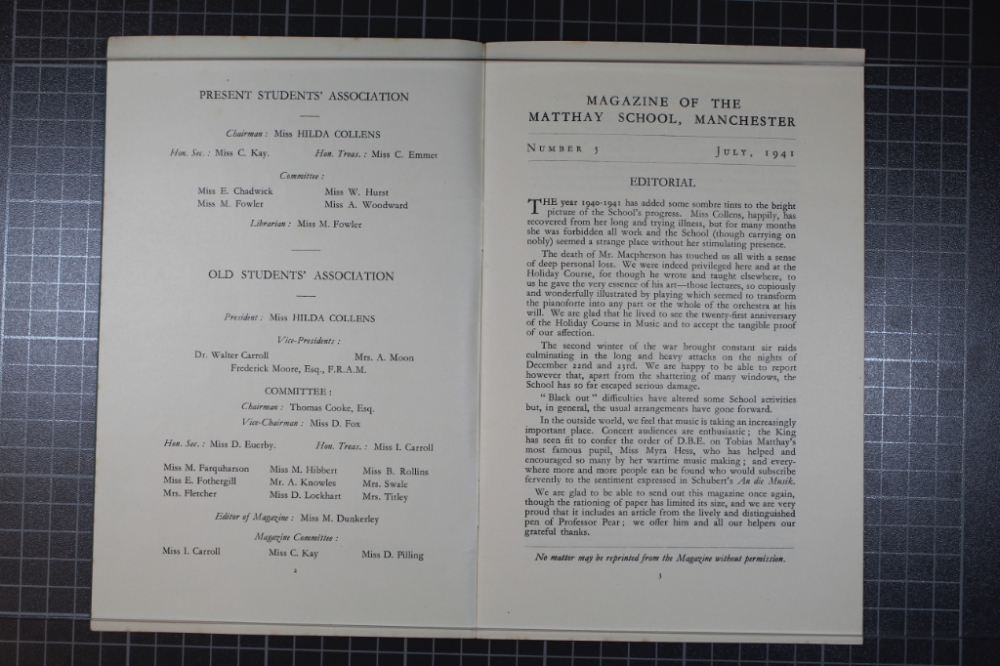 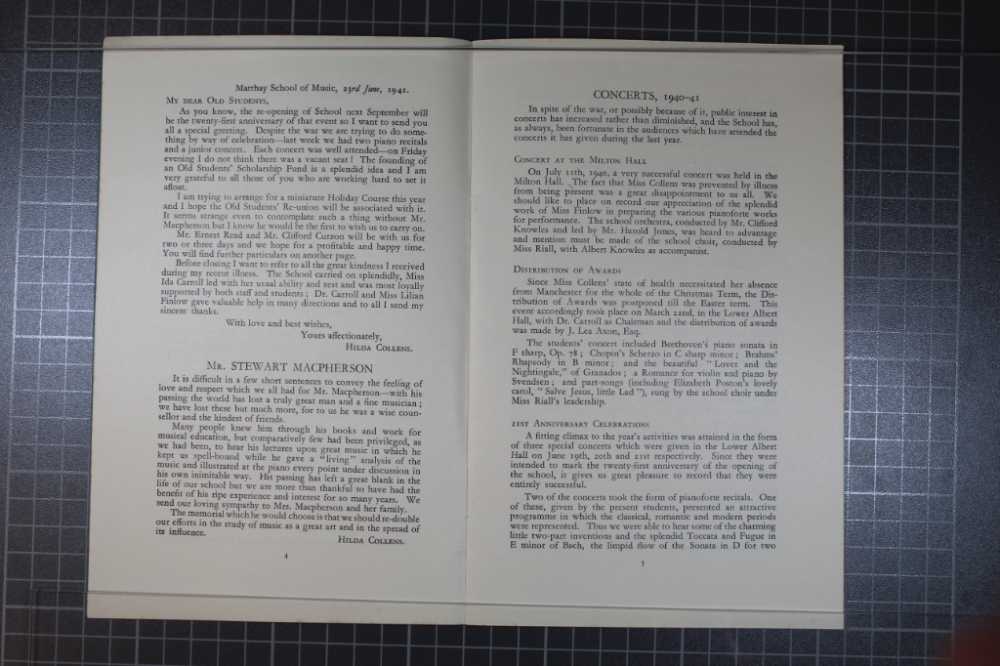 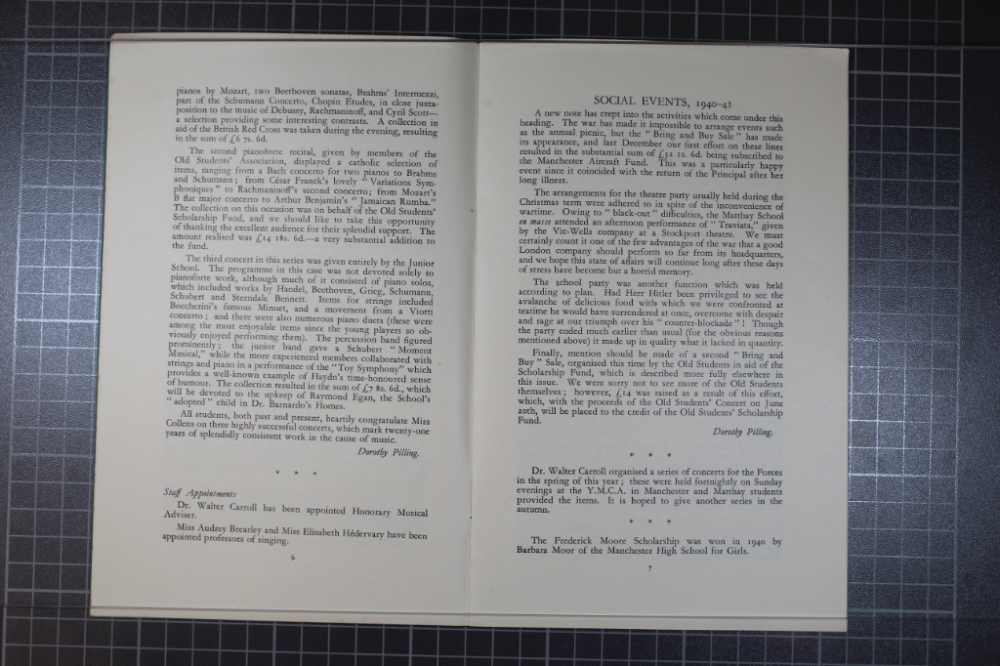 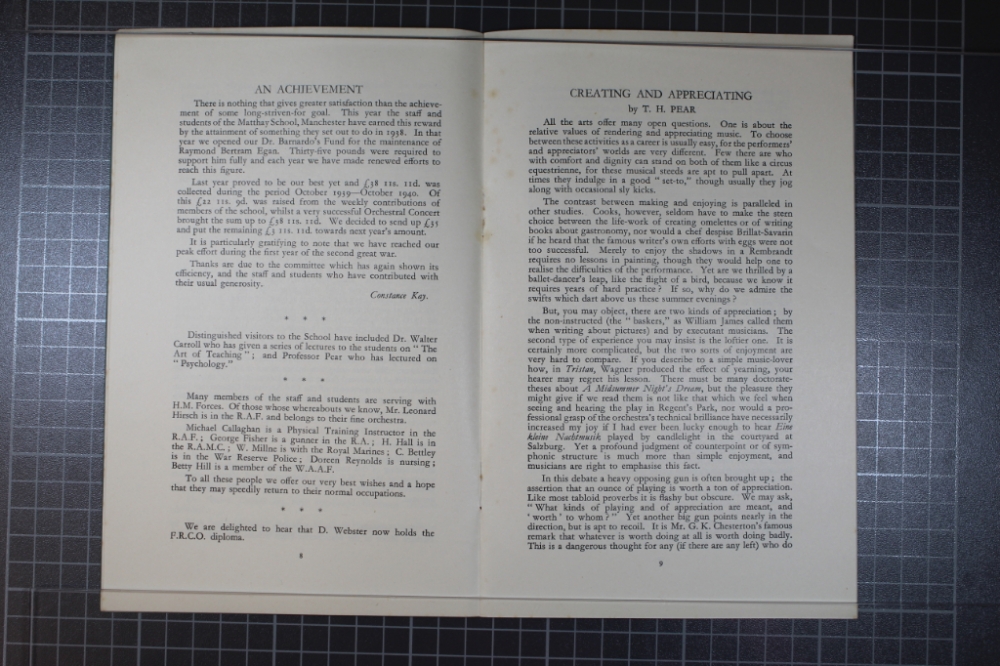 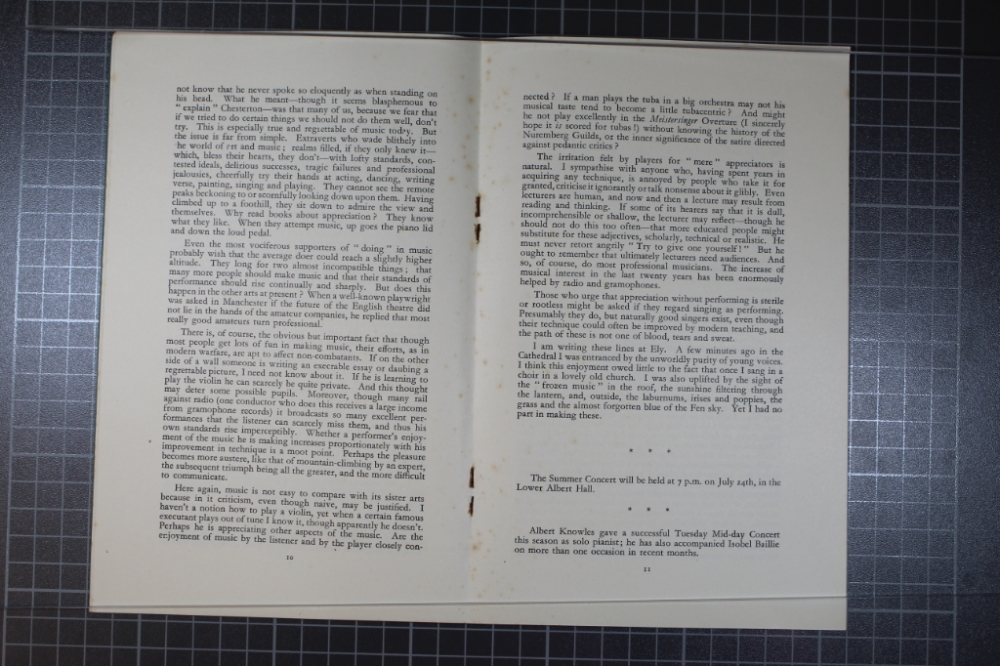 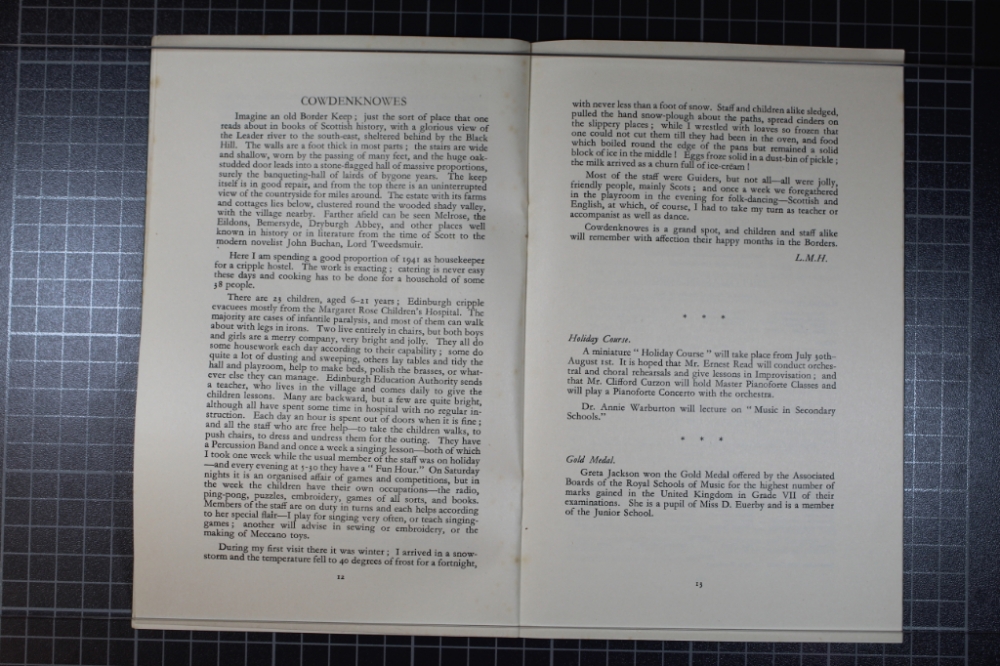 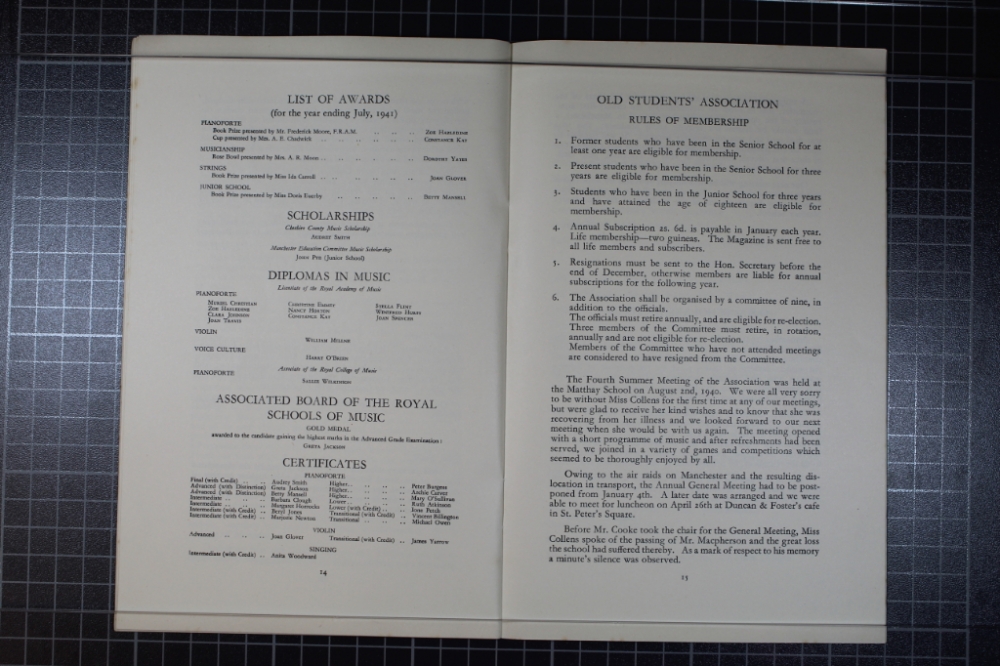 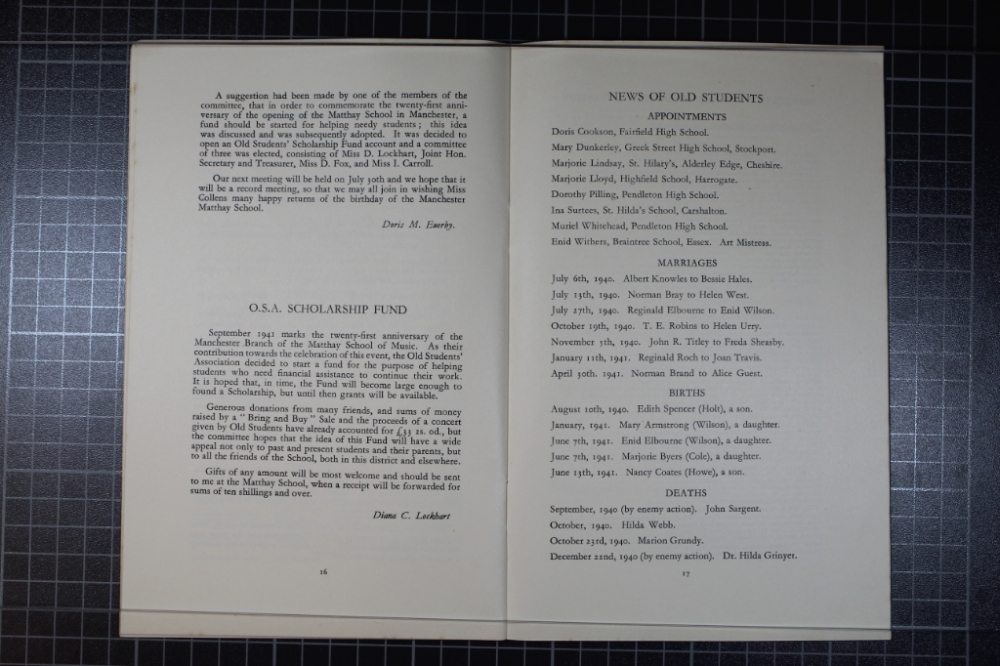 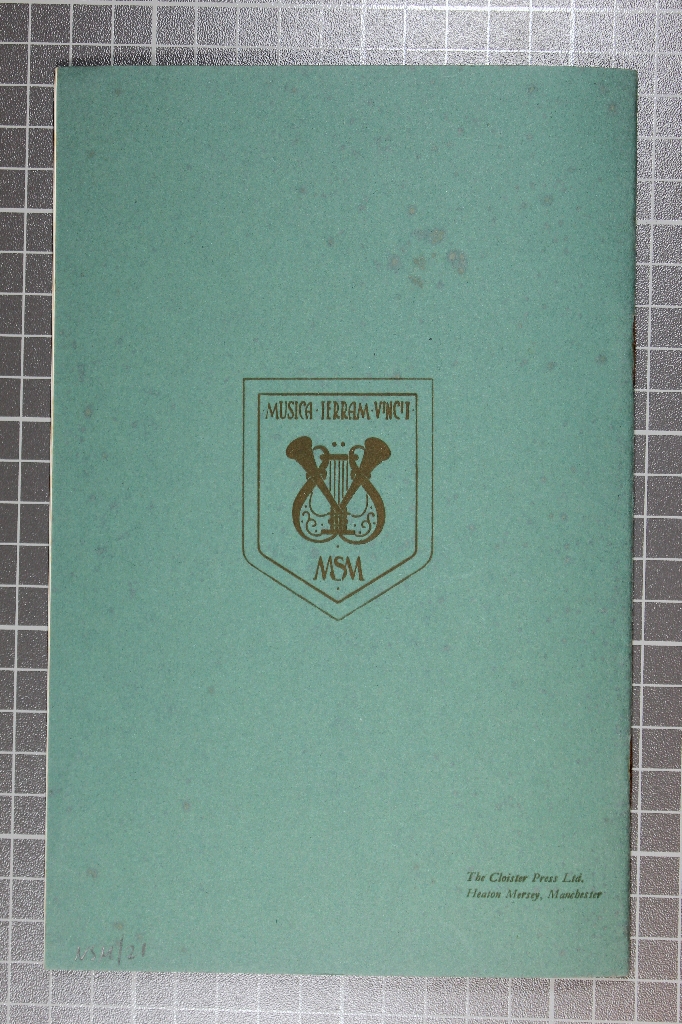 A predecessor of the Northern School of Music, the Matthay School (Manchester branch) provided music education to those chasing a career within this sector in the north west.
Covering the academic year 1940-41, the official school magazine provides an insight into civilian life in Manchester within the context of the Second Word War, particularly during the Blitz.
Whilst the editorial details the inconvenience of 'constant air raids', shattered windows and 'black outs', it is clear the school are determined to go on with life as it was before the war.
Observations include the importance of 'wartime music making' and the increased public interest in concerts, as well as numerous social events held by the school and two articles: one focusing on 'Creating and Appreciating' and another on living in a cripple hostel in Cowdenknowes, Scotland.
Pages 18-20 have been censored for the protection of personal data.

Part of the #NSM2020 project "A 20/20 Legacy: the centenary of the Northern School of Music" supported by the National Lottery Heritage Fund.
Artefact added : 11th March 2020
by rncmarchives