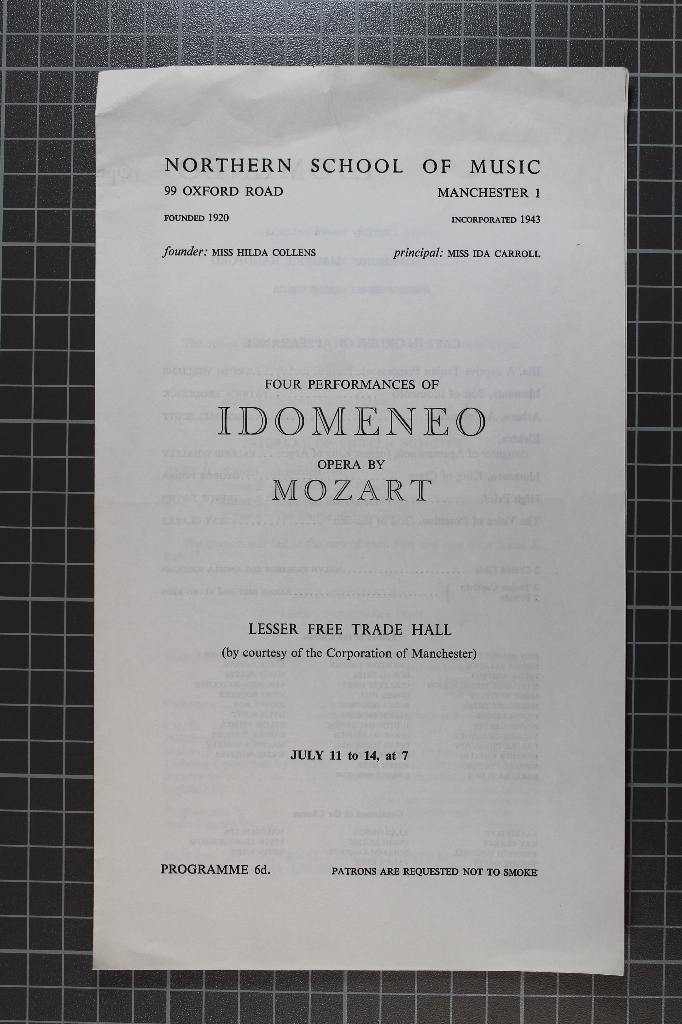 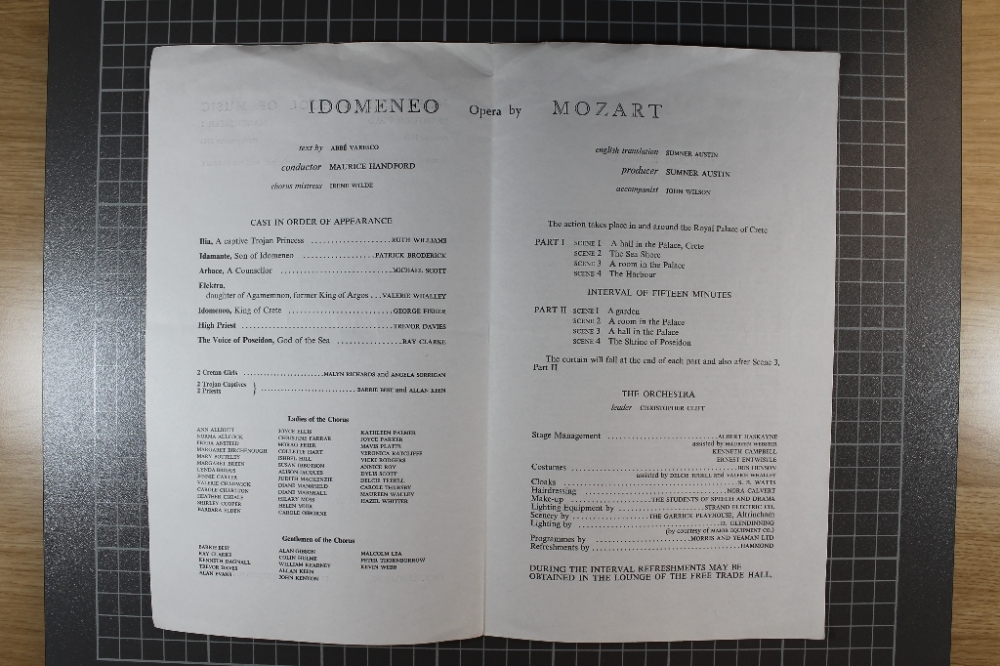 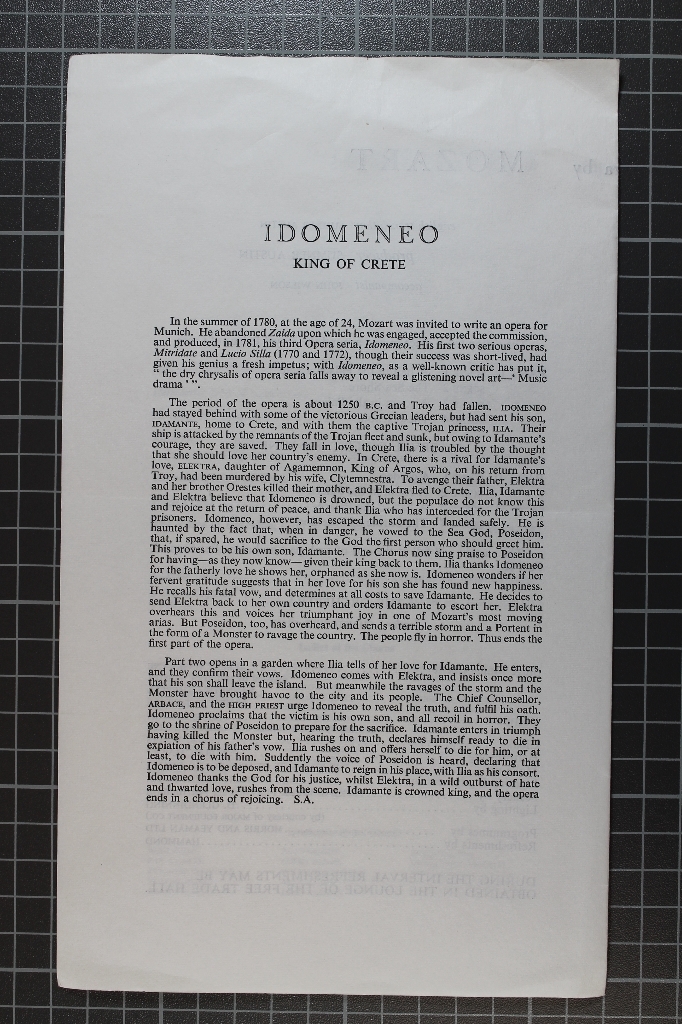 According to John Robert-Blunn's history of the school, "it was a difficult opera to realise and it seemed that the school had overreached itself." However, one student's memory of it was of being the High Priest and it was a great experience. It was produced by Sumner Austin, famous baritone for Sadlers Wells. He would come up on Thursday all the way to the evening, he was about 76 or 77. He would ask the students, in rehearsals, to sing anything, a story, in recitative and they would have to carry on the story. It made them sing very clearly and concentrate hard!

Part of the #NSM2020 project "A 20/20 Legacy: the centenary of the Northern School of Music" supported by the National Lottery Heritage Fund.
Artefact added : 19th March 2020
by rncmarchives