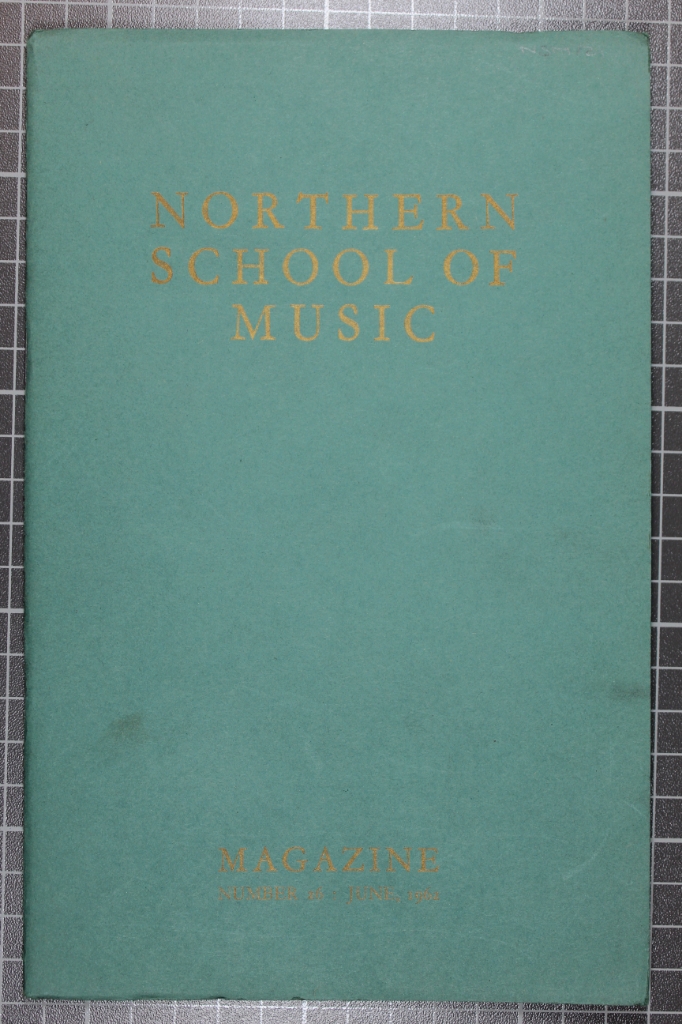 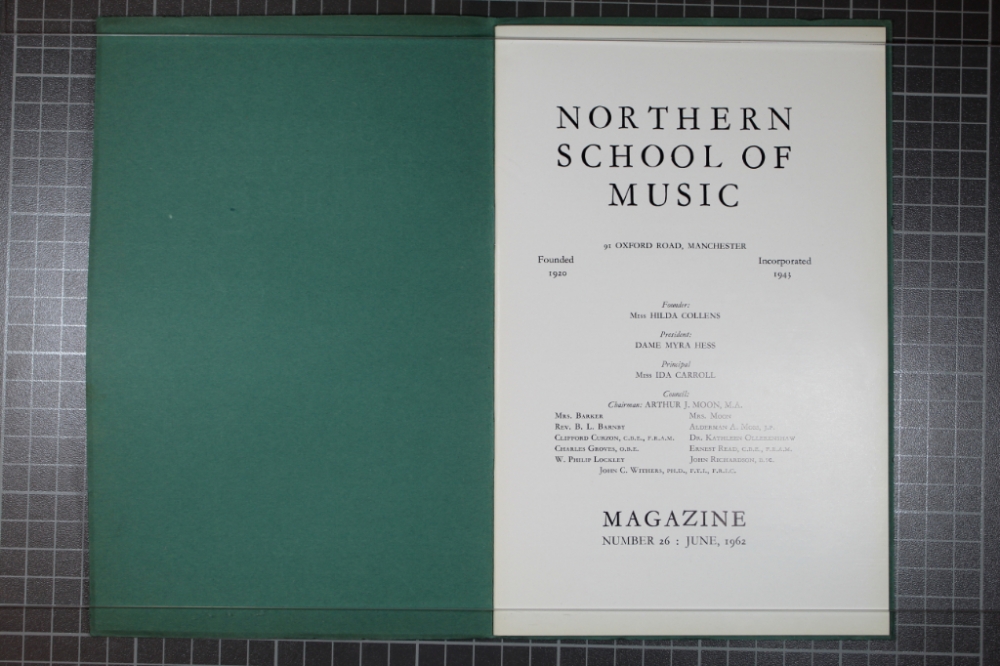 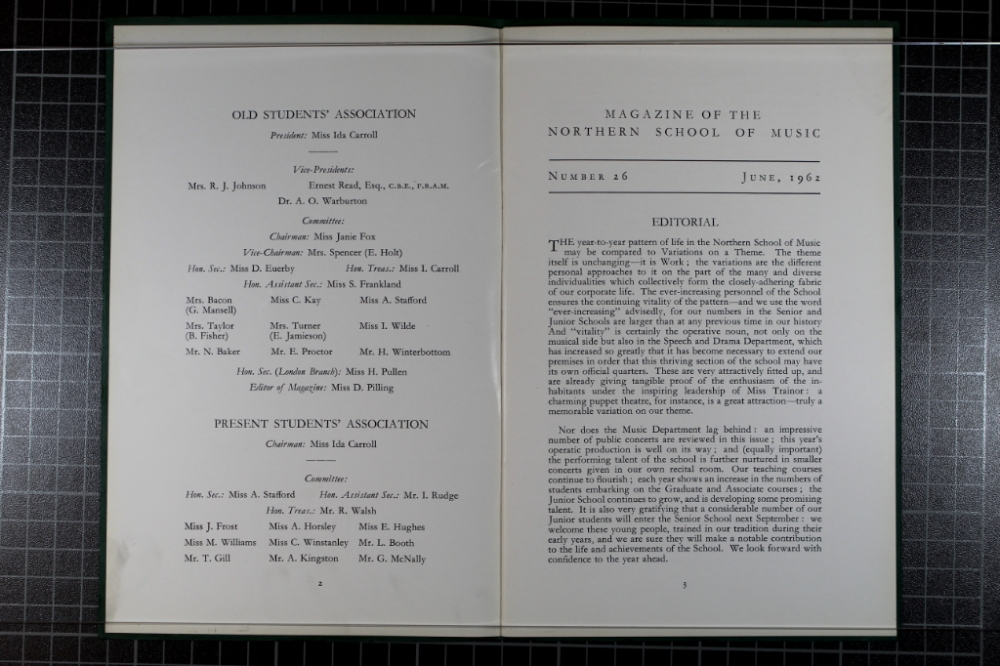 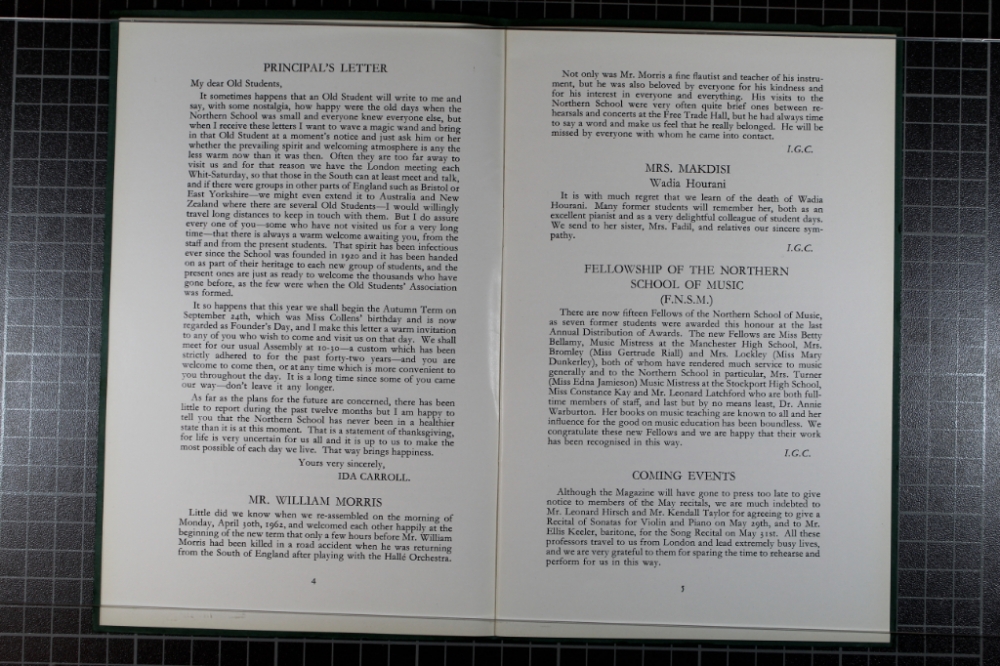 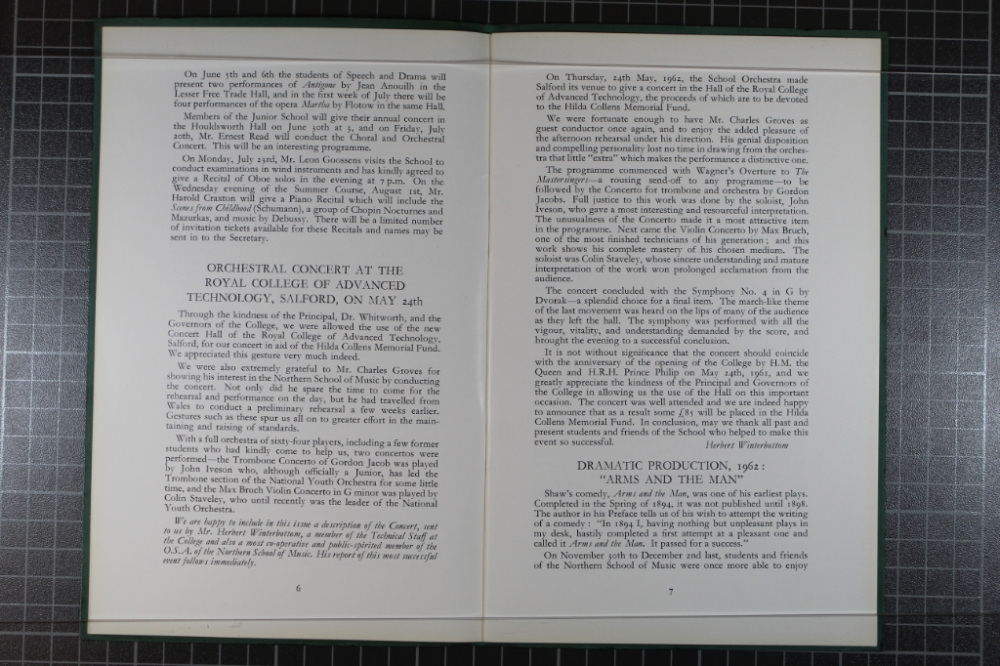 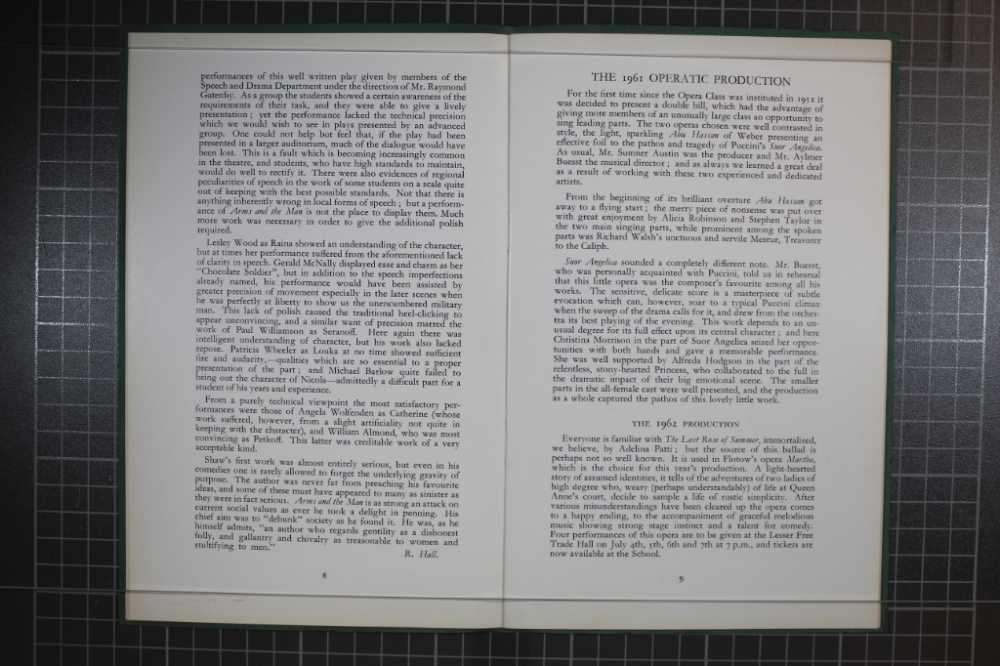 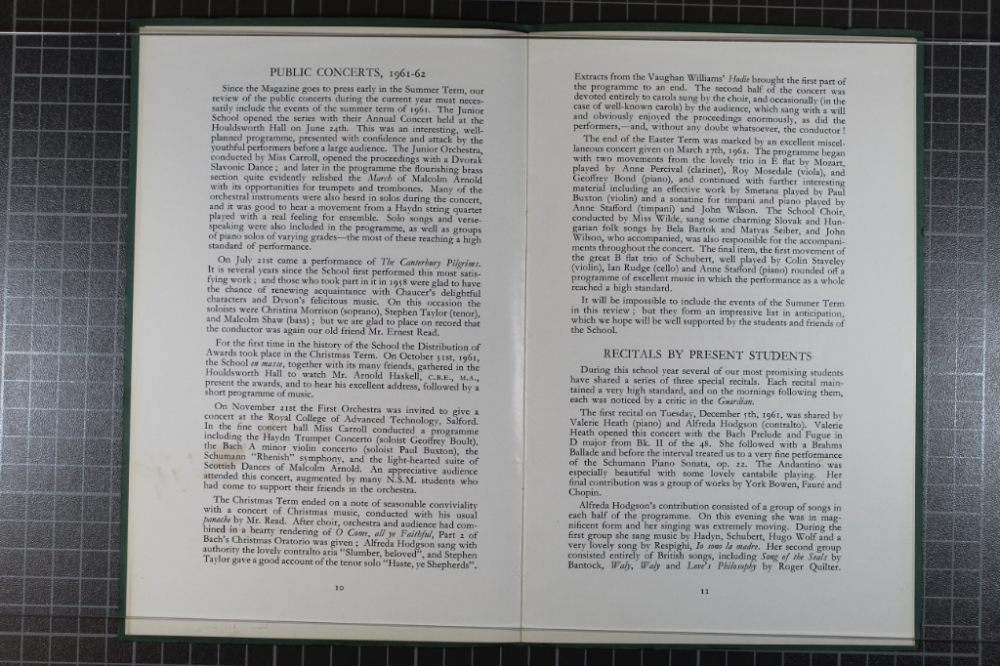 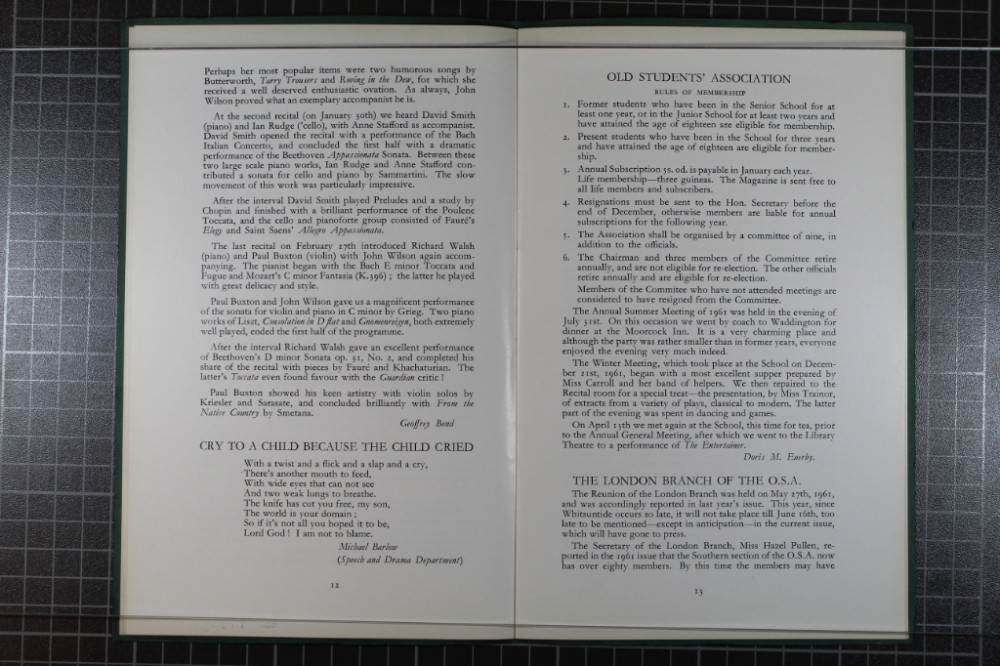 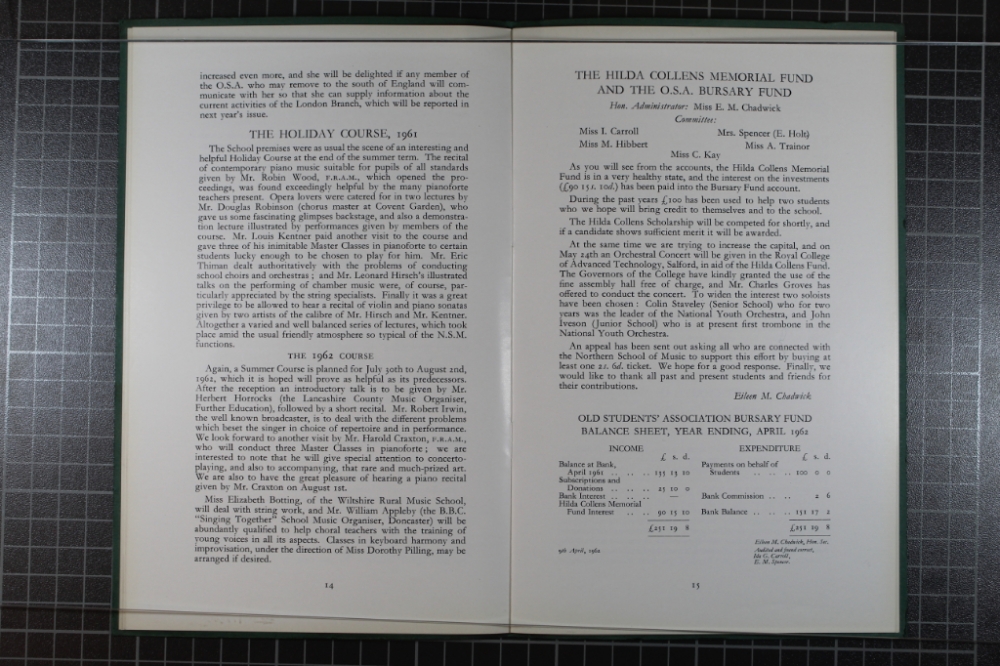 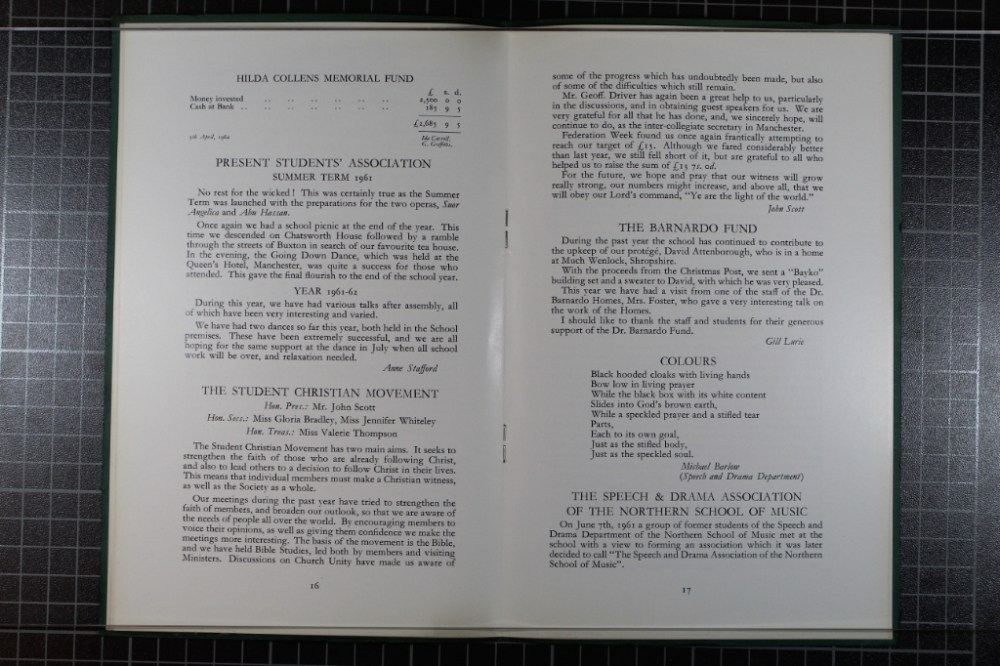 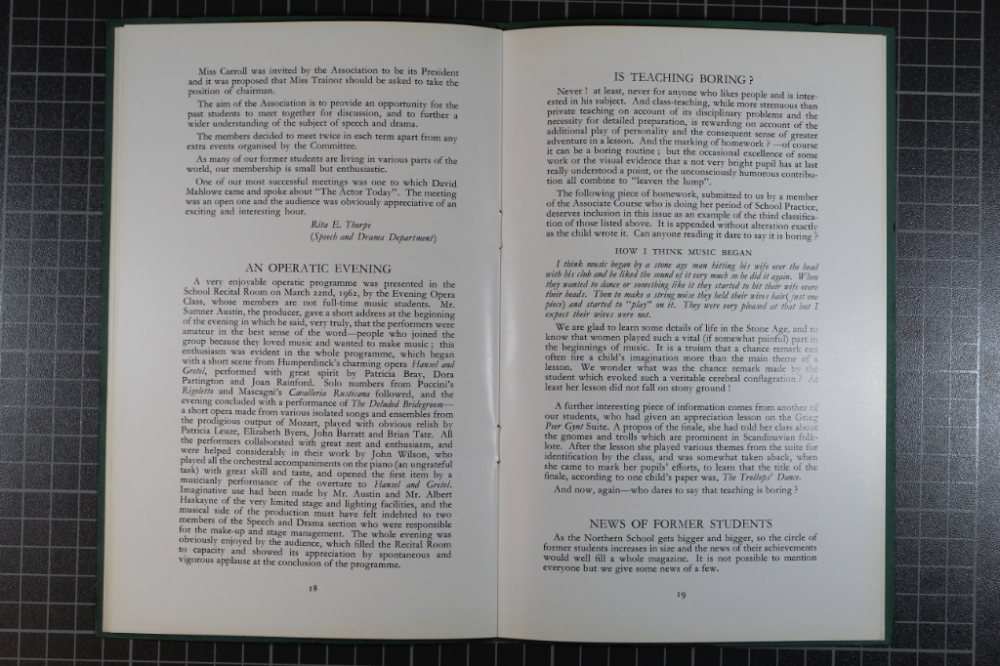 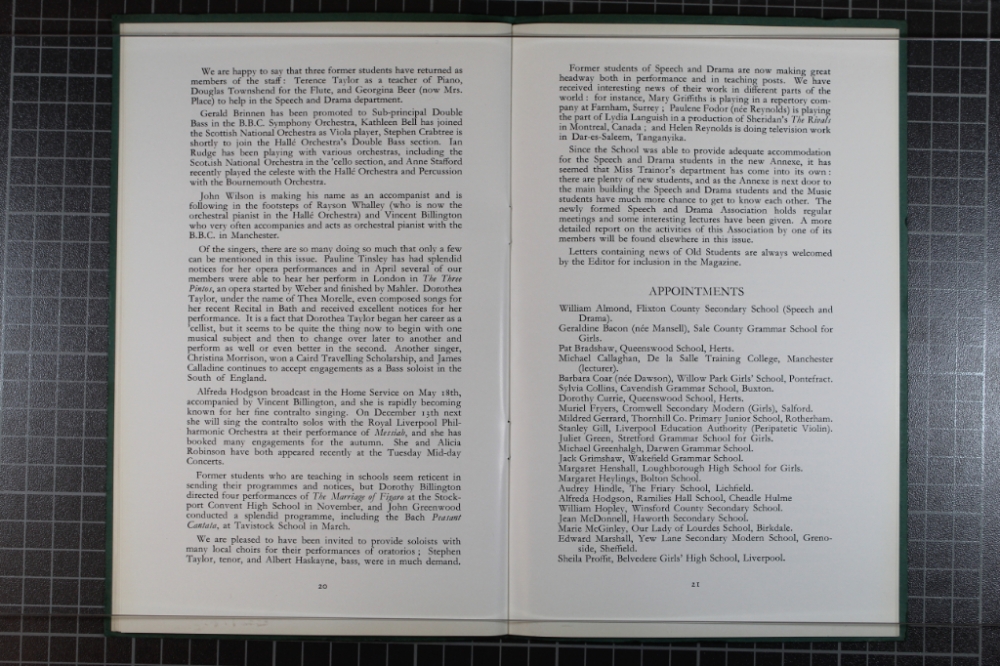 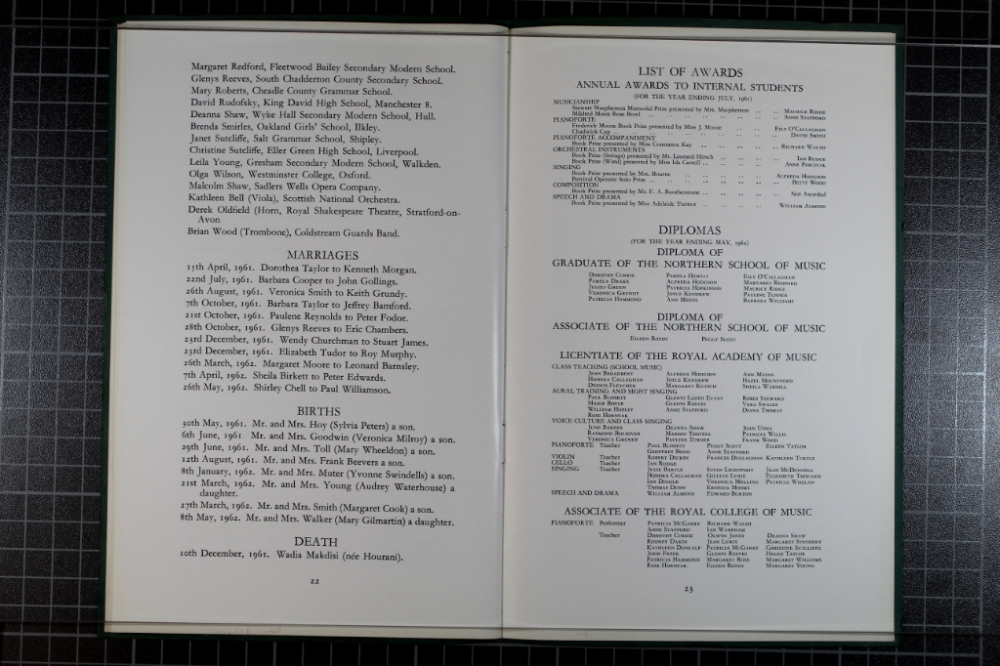 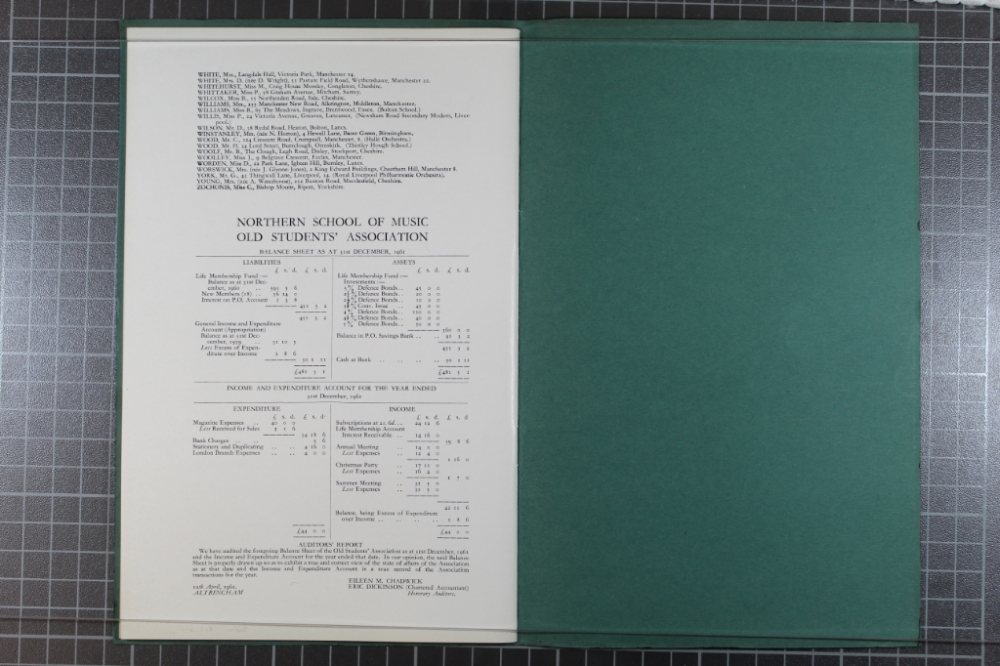 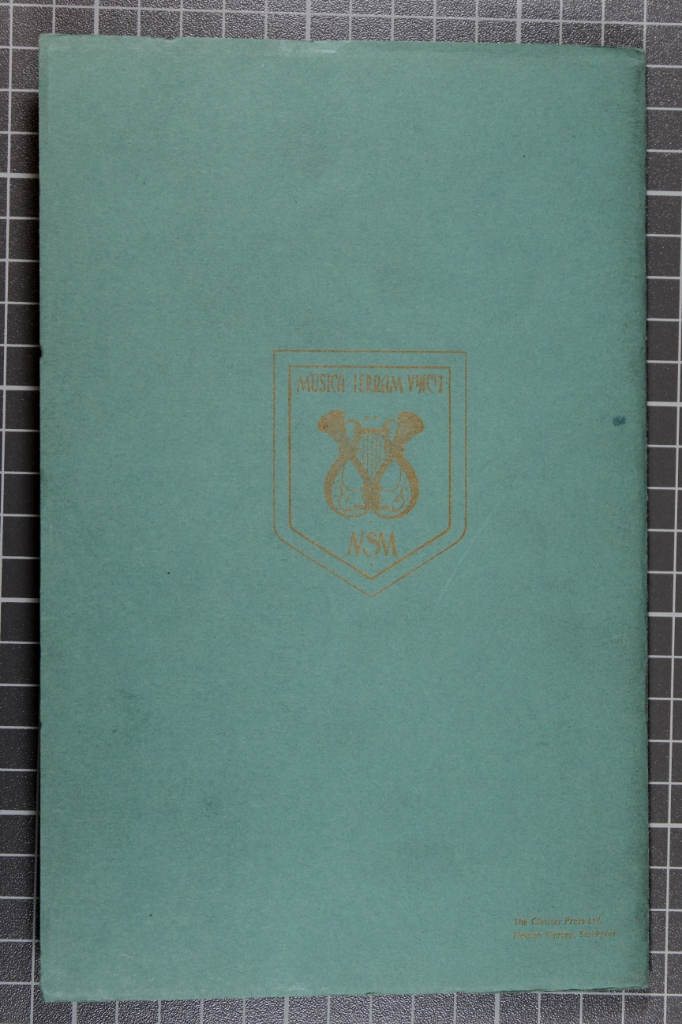 Official Magazine of the Northern School of Music, covering the academic year 1961-62.

“Vitality” is the operative noun used to characterise the consistent growth in popularity of not only the music side of the school but also to the Speech & Drama Dept., which benefitted from an extension of the premises to give it it’s own official quarters in this year.

Despite this exponential growth, the close-knit community of the Northern School of Music (NSM) appears to have held-up. As depicted by Ida Carroll, who wishes she could ’wave a magic wand’ to bring back old students to ‘witness the prevailing spirit and welcoming atmosphere’ of the school - clearly an important part of NSM’s heritage in the principal’s eyes.

Although there is little to report on the developments, Carroll reassures the school is in the healthiest state it has ever been. An interesting juxtaposition with events seven years previous, where in 1955 the school had to ‘borrow’ from t’s pension fund to save the building at auction, narrowly winning a bid against a London company.

This issue spotlights submissions from both students and staff, including poems from the Speech and Drama Dept. and a humorous article titled ‘Is Teaching Boring’ on pg. 19, providing an insight into the staff experience during this period.

Pages 24-31 have been censored to protect personal data.

Part of the #NSM2020 project "A 20/20 Legacy: the centenary of the Northern School of Music" supported by the National Lottery Heritage Fund.
Artefact added : 11th April 2020
by rncmarchives