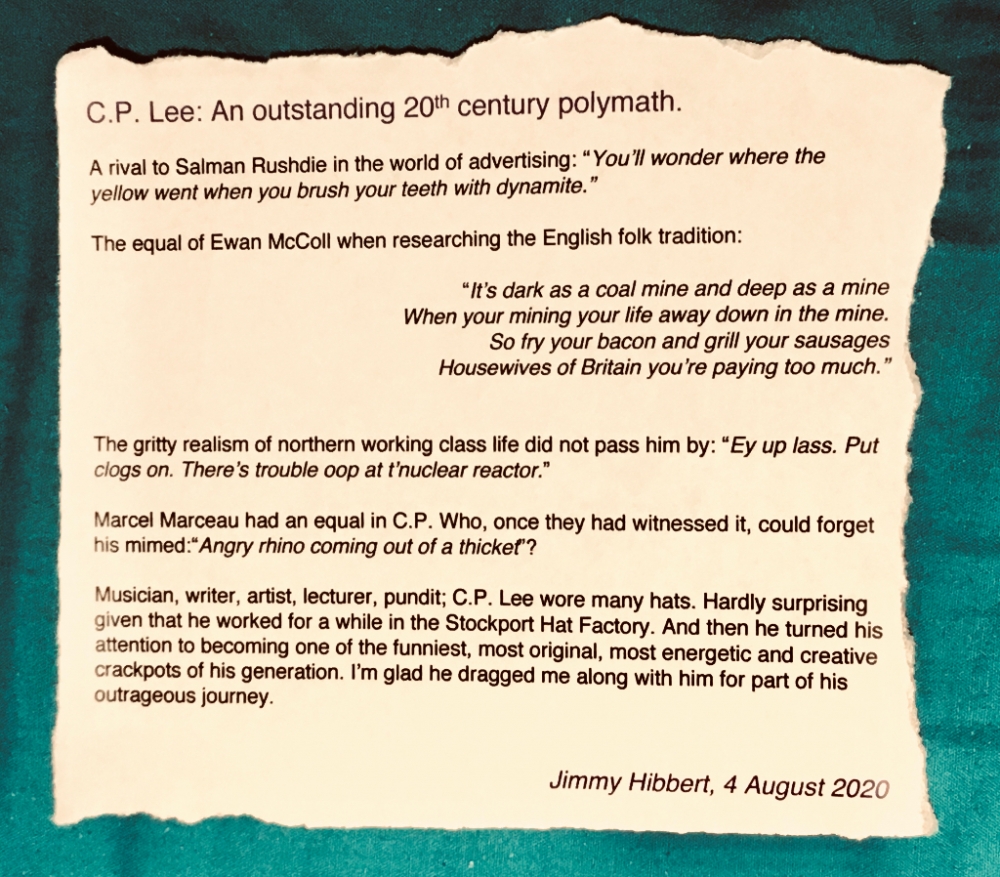 Statement written by Jimmy Hibbert in remembrance of Dr CP Lee upon the announcement of his passing in July 2020. Hibbert was a founding member of Alberto y Lost Trios Paranoias, playing bass and on vocals. He isa writer, actor and voice actor. He is also well known for his work with the animation studio Cosgrove Hill Films. The text in the statement reads:

A rival to Salman Rushdie in the world of advertising: “You’ll wonder where the yellow went when you brush your teeth with dynamite.”

The equal of Ewan McColl when researching the English folk tradition:
“It’s dark as a coal mine and deep as a mine
When your mining your life away down in the mine.
So fry your bacon and grill your sausages
Housewives of Britain you’re paying too much.”

The gritty realism of northern working class life did not pass him by: “Ey up lass. Put clogs on. There’s trouble oop at t’nuclear reactor.”

Marcel Marceau had an equal in C.P. Who, once they had witnessed it, could forget his mimed: “Angry rhino coming out of a thicket”?

Musician, writer, artist, lecturer, pundit; C.P. Lee wore many hats. Hardly surprising given that he worked for a while in the Stockport Hat Factory. And then he turned his attention to becoming one of the funniest, most original, most energetic and creative crackpots of his generation. I’m glad he dragged me along with him for part of his outrageous journey.