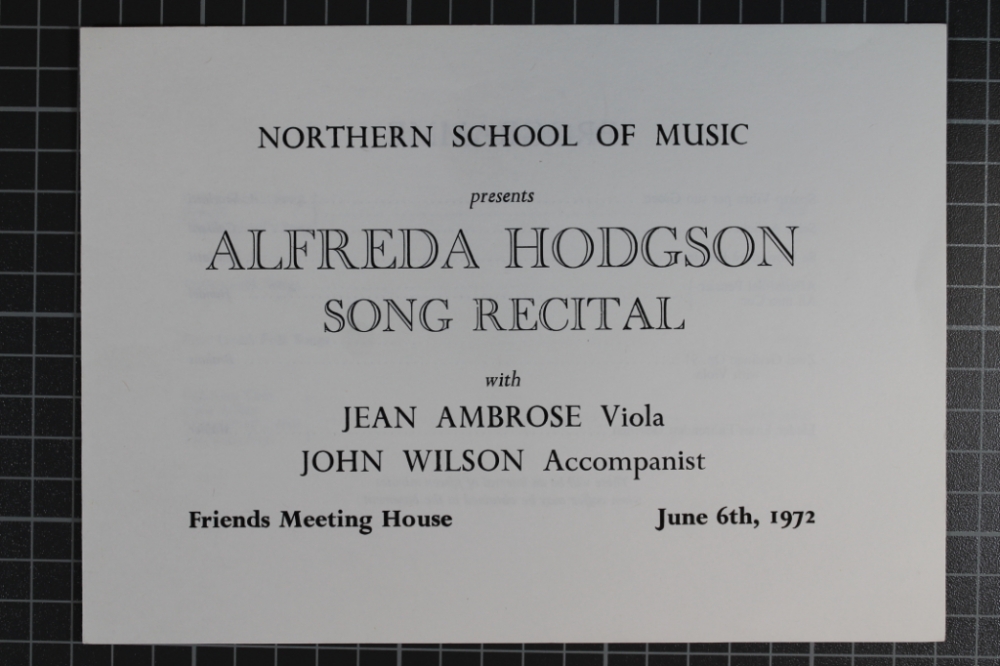 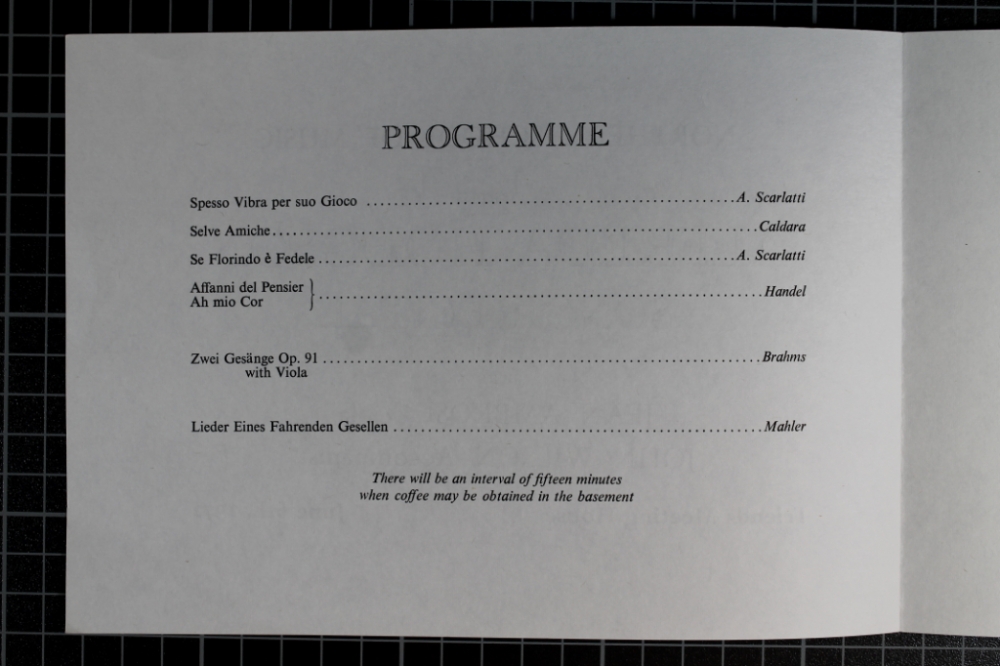 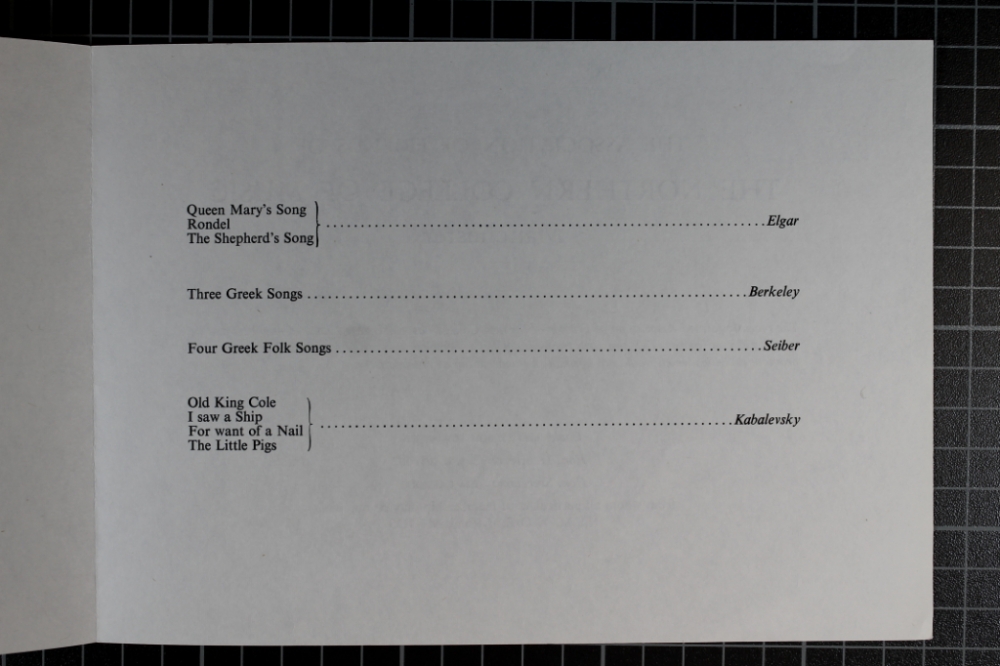 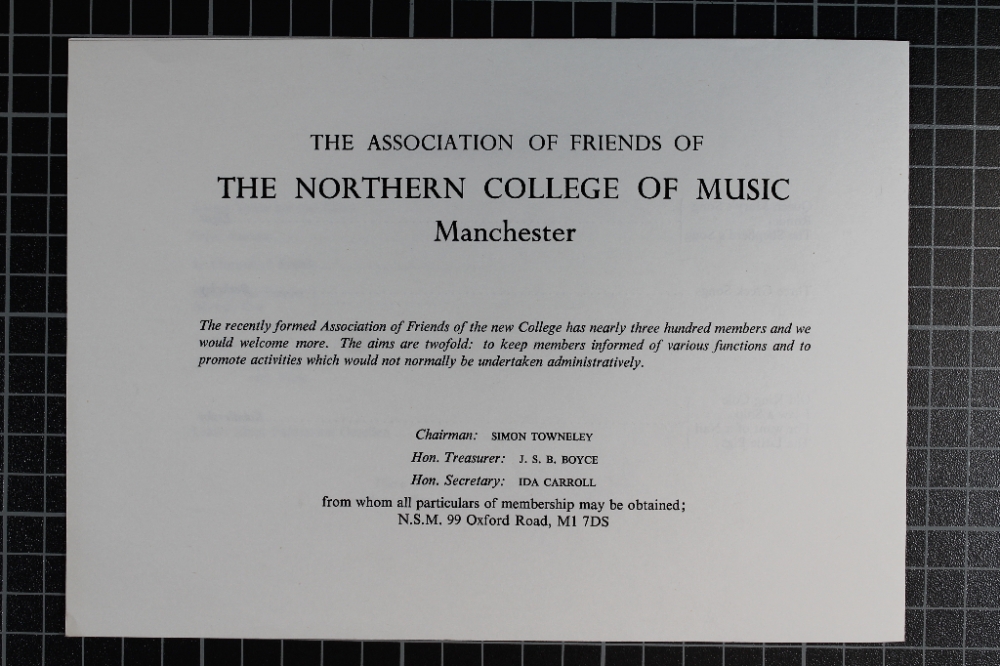 This programme sort of hangs between two schools: the Northern School of Music which programmed it with one of its most well-known alumna, Alfreda Hodgson - and the Friends of the Northern College of Music advertised on the back. The NSM ceased in 1972 to funnel its efforts into the new NCM, now the RNCM.

Part of the #NSM2020 project "A 20/20 Legacy: the centenary of the Northern School of Music" supported by the National Lottery Heritage Fund
Artefact added : 27th November 2020
by rncmarchives