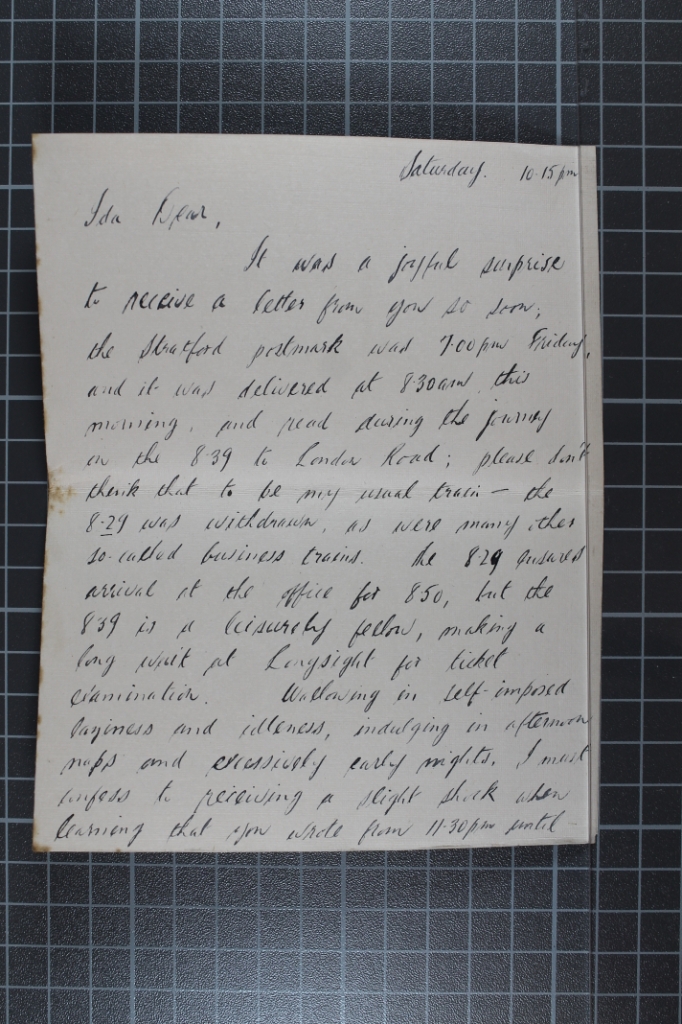 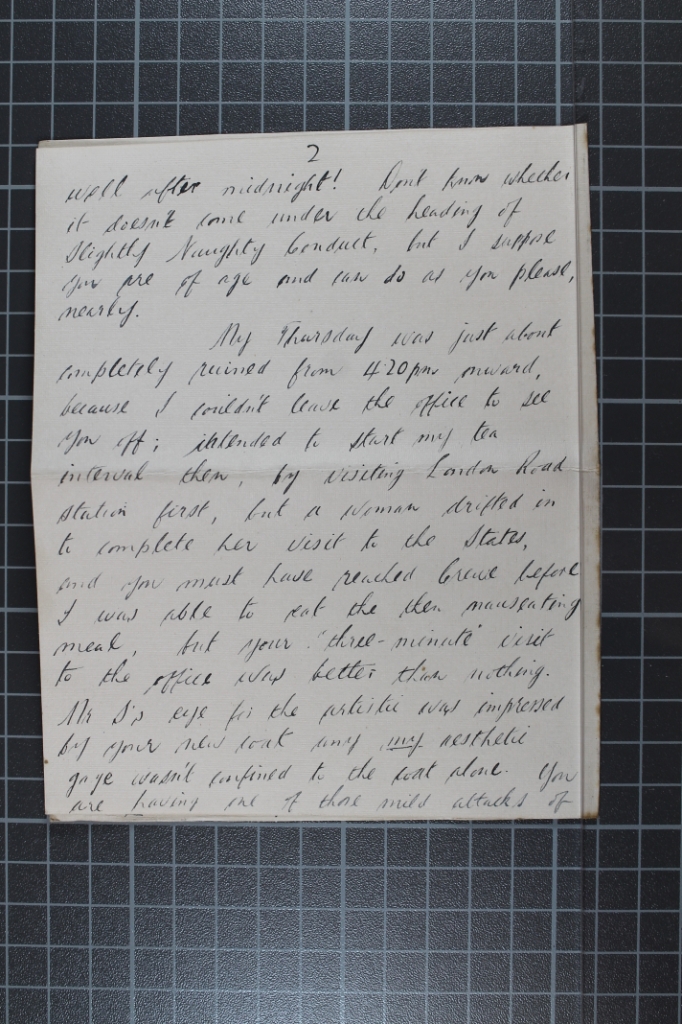 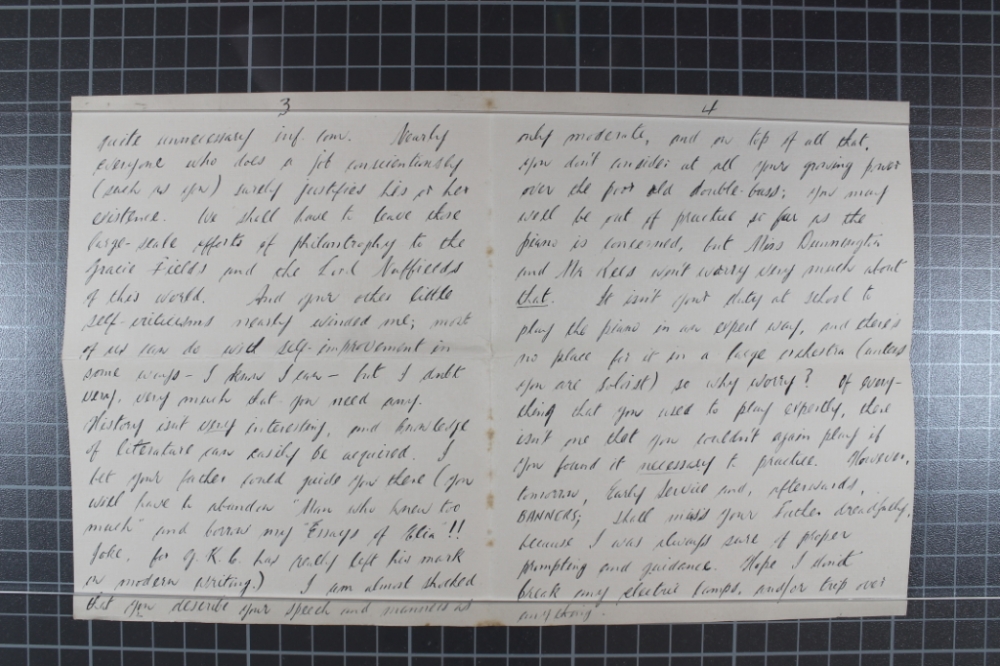 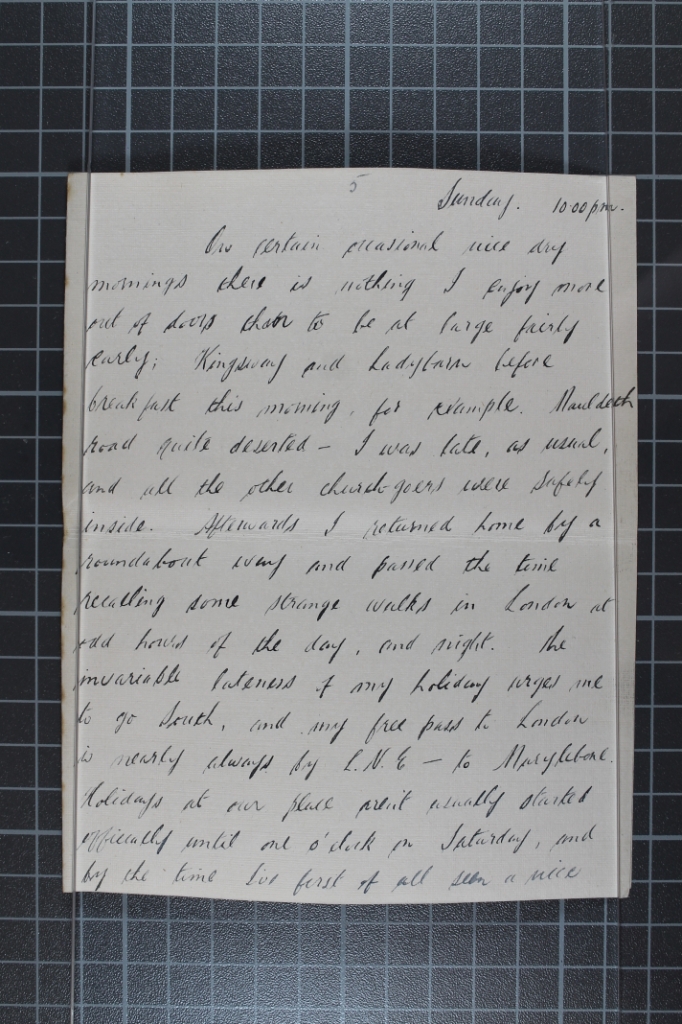 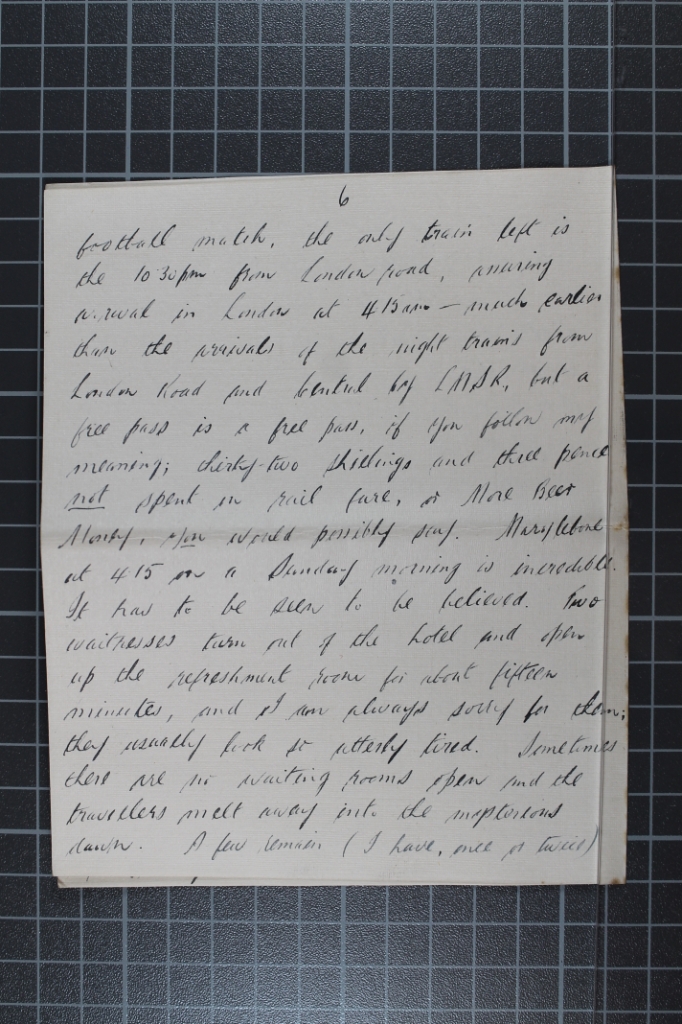 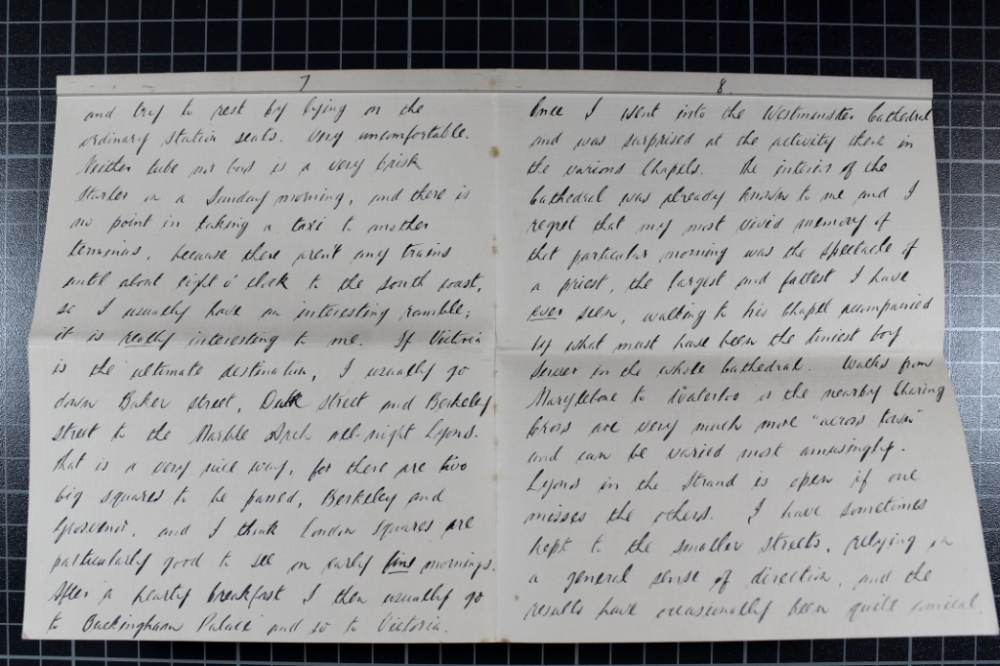 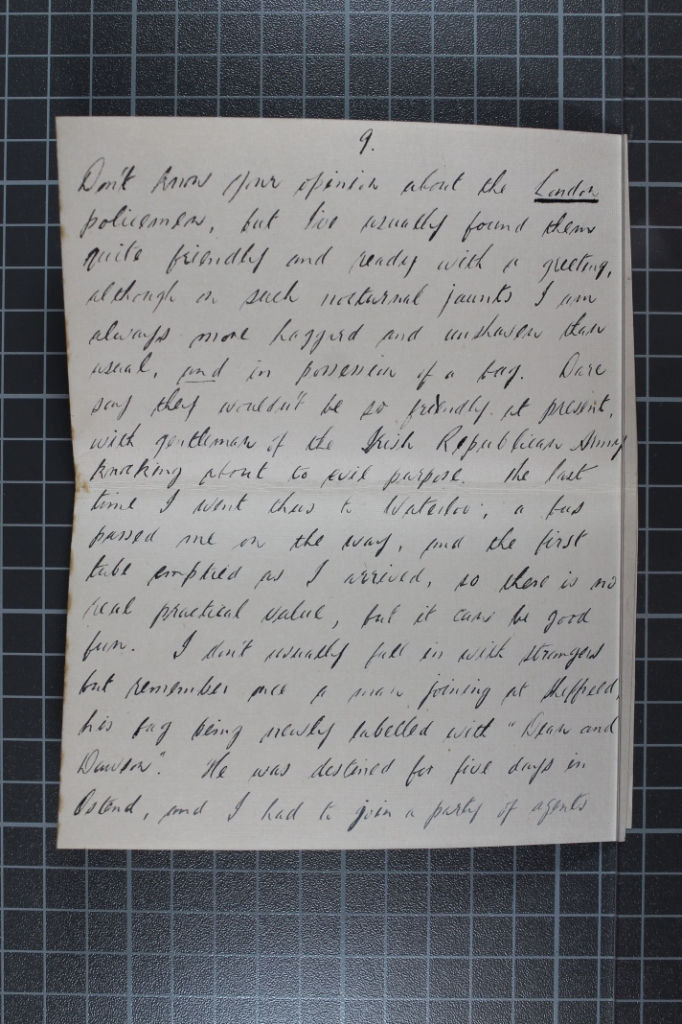 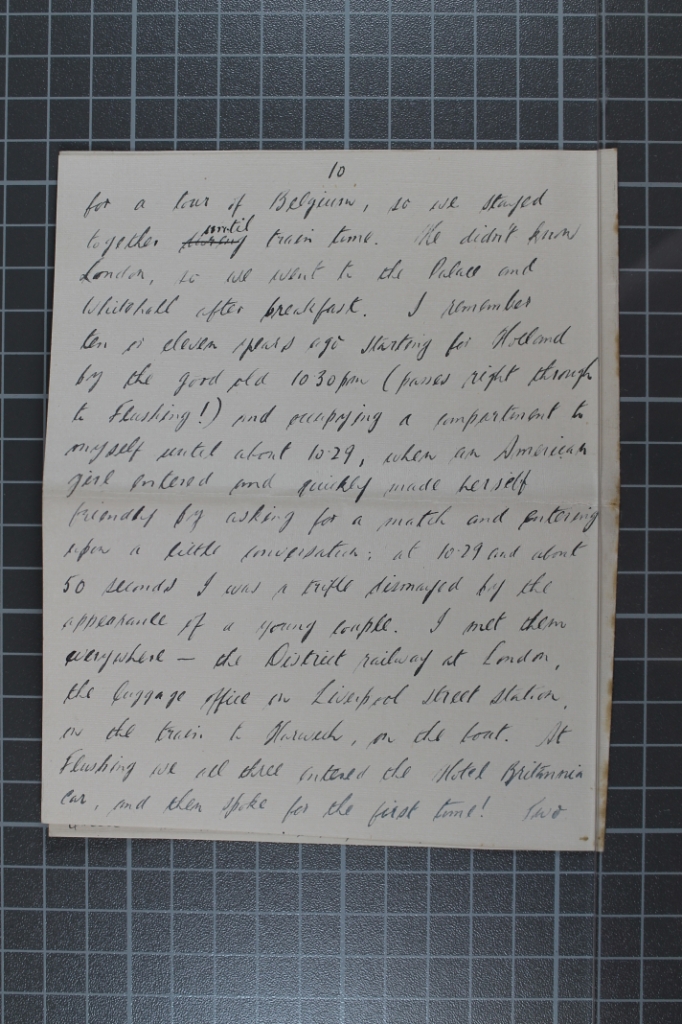 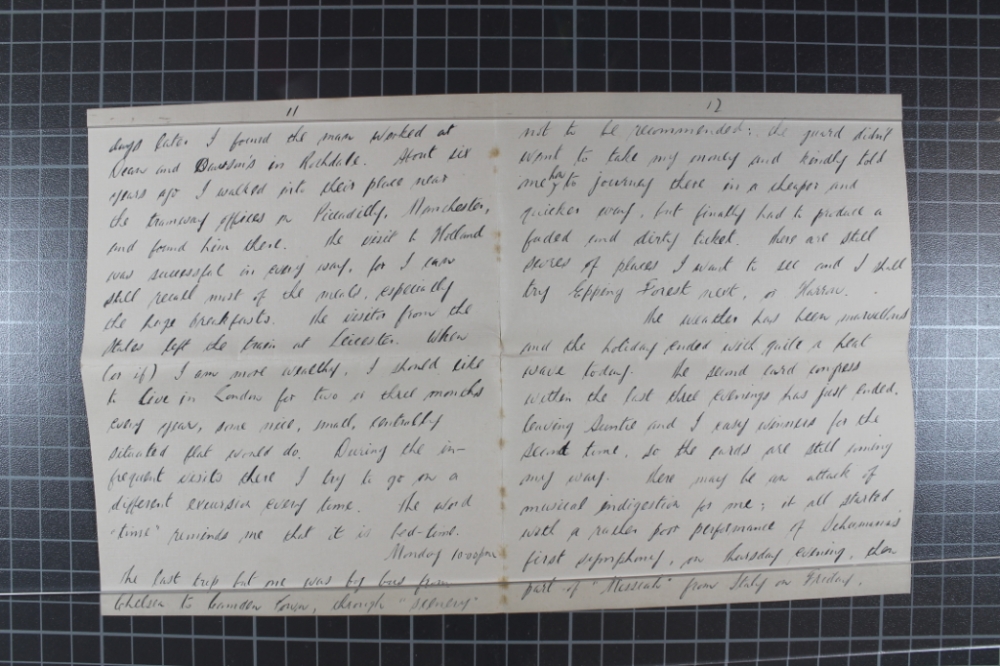 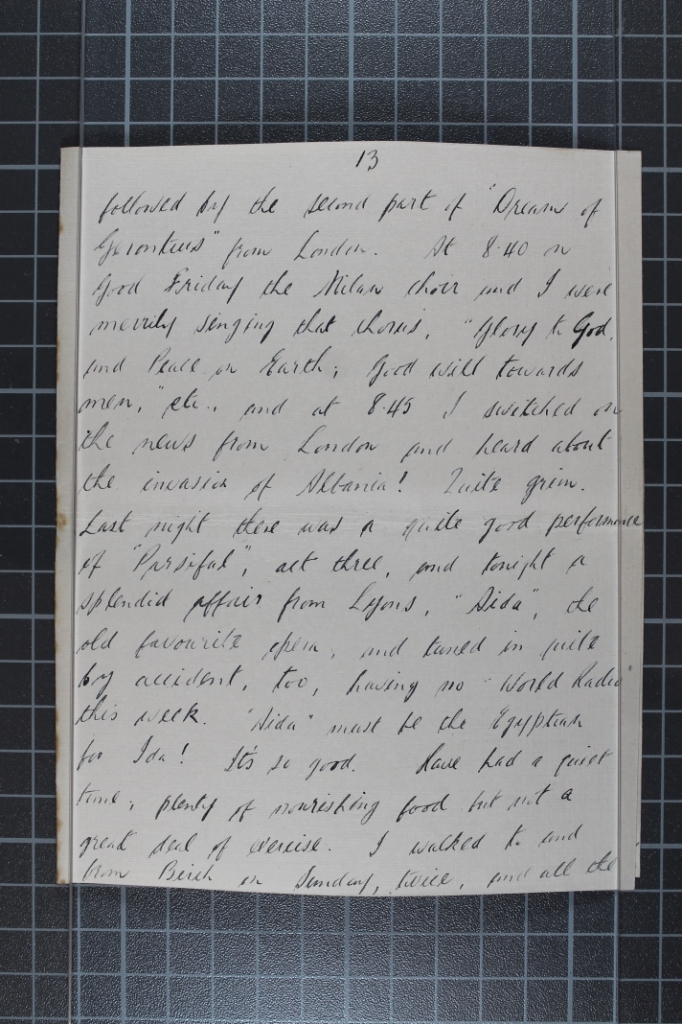 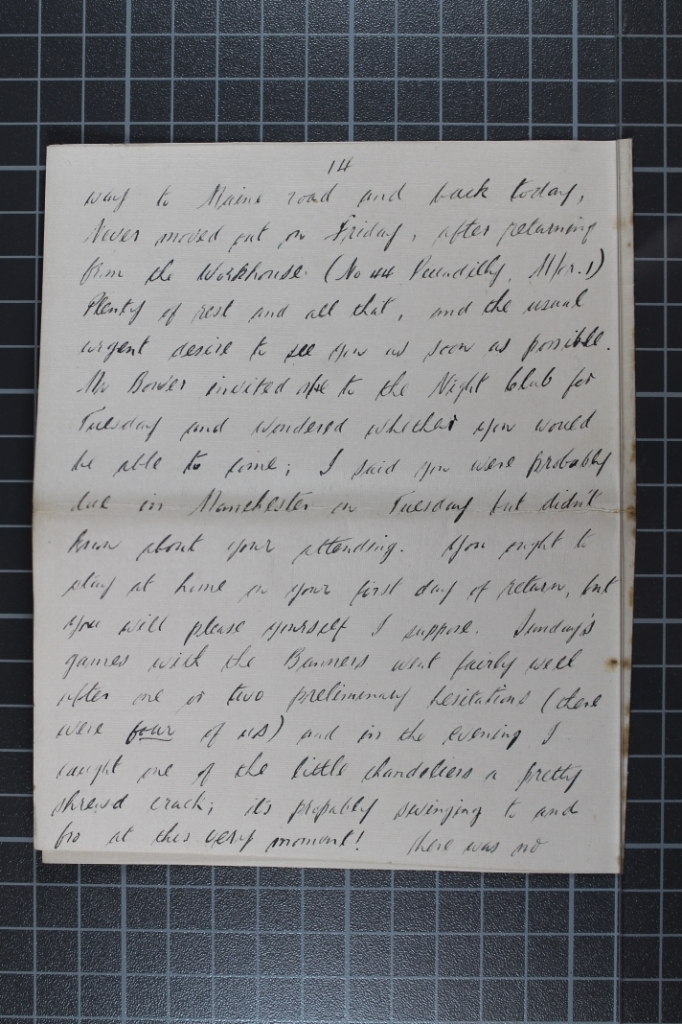 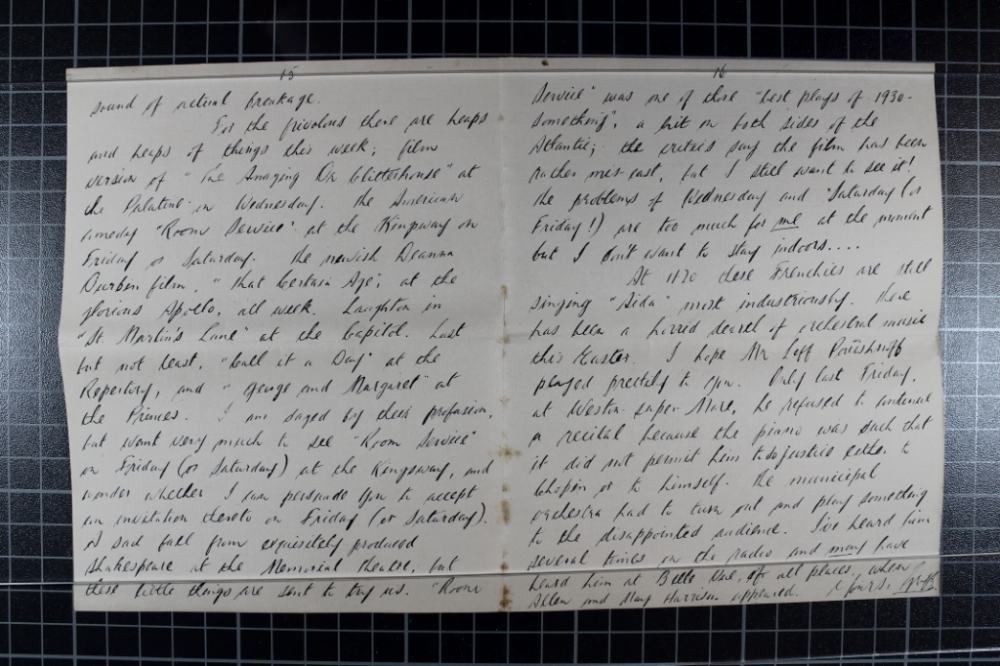 Ida is on holiday in Stratford and Gruff admonishes her for writing letters so late into the night which might "come under the heading of Slightly Naughty Conduct, but I suppose you can do as you please, nearly."
He regrets being stuck at work while she was leaving so he couldn't see her off.
He accuses her of "having one of those mild attacks of quite unnecessary inf[eriority] com[plexes]. Nearly everyone who does a job conscientiously (such as you) surely justifies his or her existence." In terms of self improvement, "I doubt very, very much that you need any." He encourages her not to worry about her playing piano, particularly for the Matthay School of Music as it isn't her job.
He would like to holiday in London as he gets free train tickets for work. He's usually on the 2230 train, arriving in Marylebone at 0415. He describes his usual London rambles and admits to navigating the city by having "kept to the smaller streets, relying on a general sense of direction, and the results have occasionally been quite comical."
He admits that walking around at half four in the morning looking worse for wear and carrying a backpack can put people on edge a little, he describes going to a bus and station and "the first table emptied as I arrived, so there is no real practical value, but it can be good fun."
He recalls the uncanny instance when on a travel agents trip abroad he kept bumping into a couple who, it turns out, work in Rochdale.
He's playing cards with his family and describes "an attack of musical indigestion" after listing to so much music on the radio, only to be interrupted by the announcement that Italy had invaded Albania. "Quite grim." Quite quite.

Part of the #NSM2020 project "A 20/20 Legacy: the centenary of the Northern School of Music" supported by the National Lottery Heritage Fund.
Artefact added : 20th January 2021
by rncmarchives