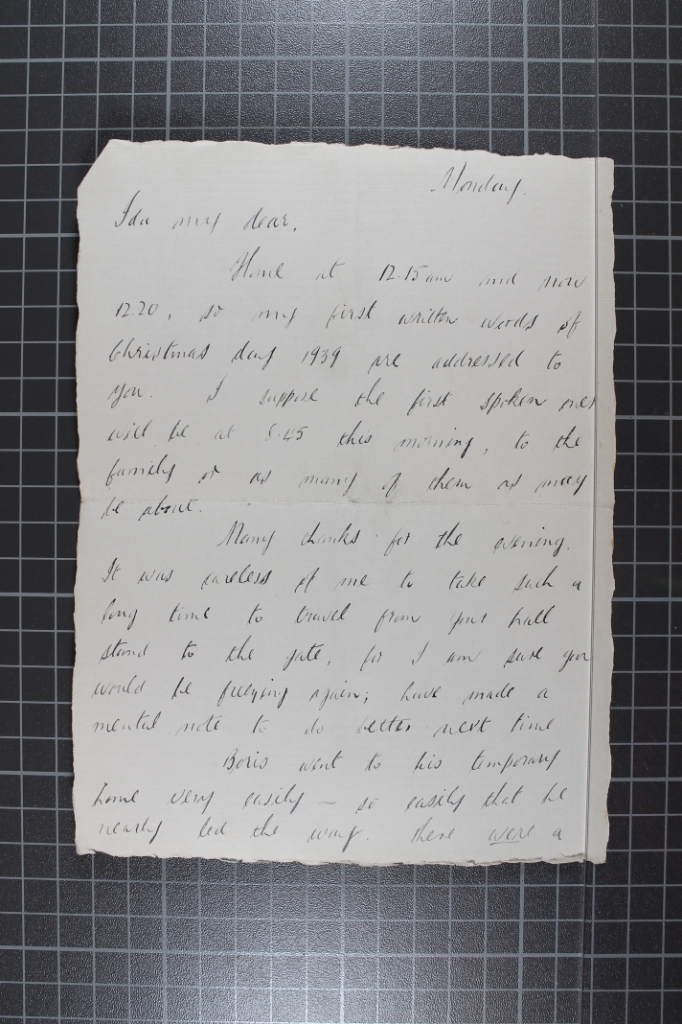 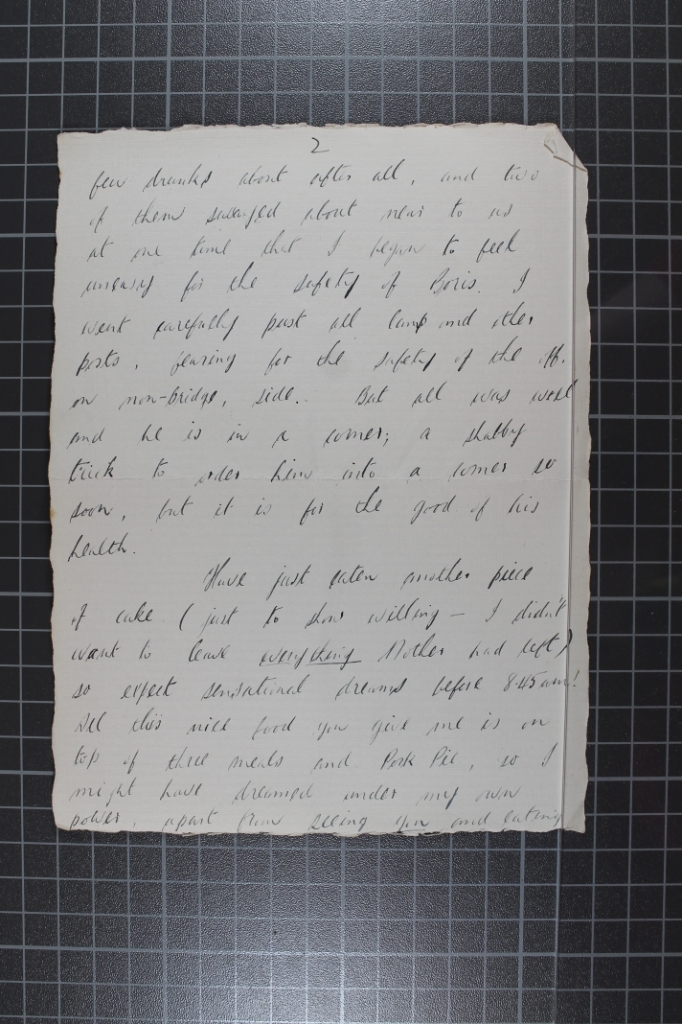 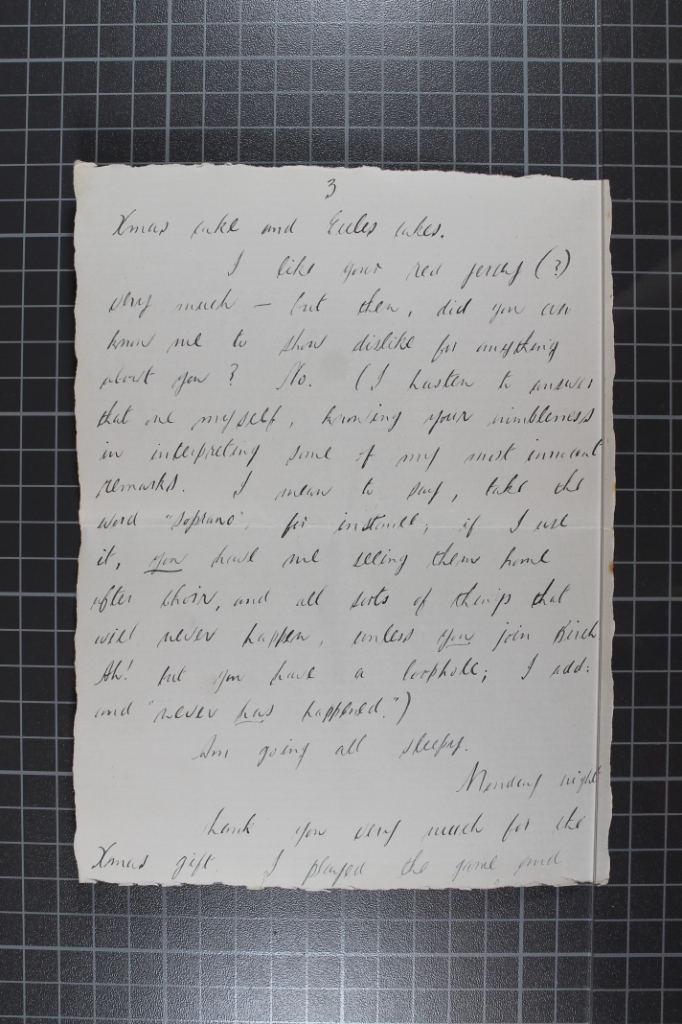 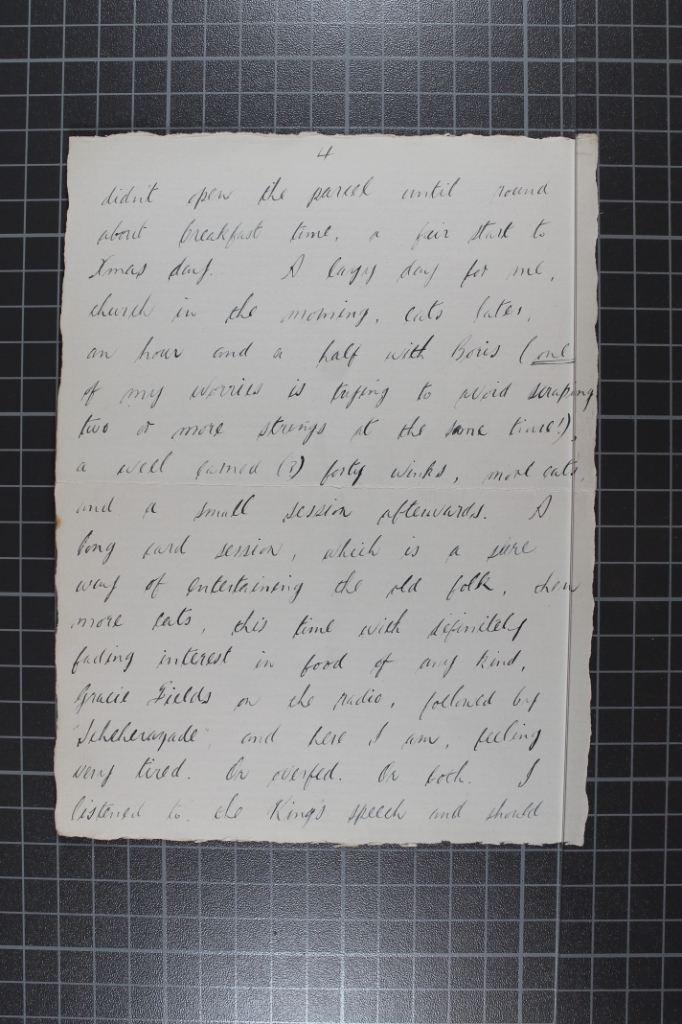 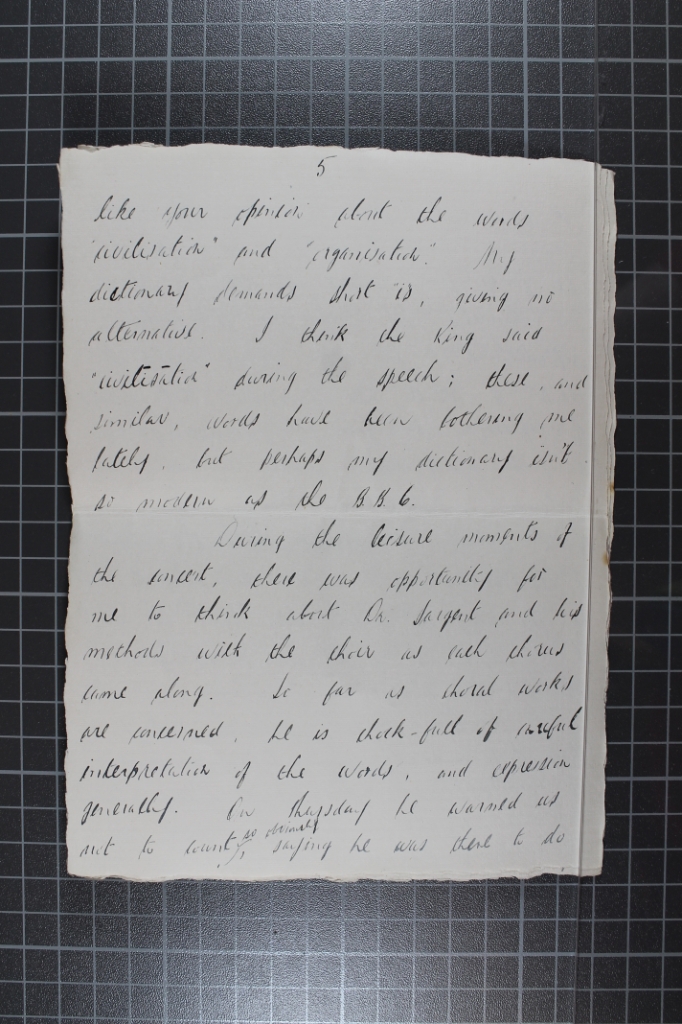 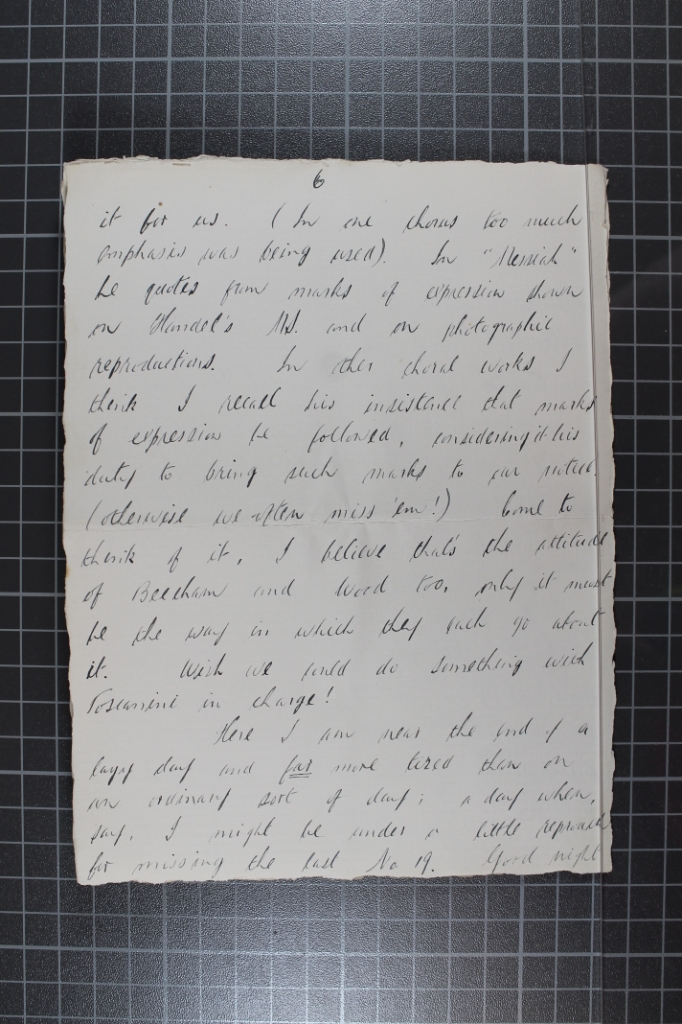 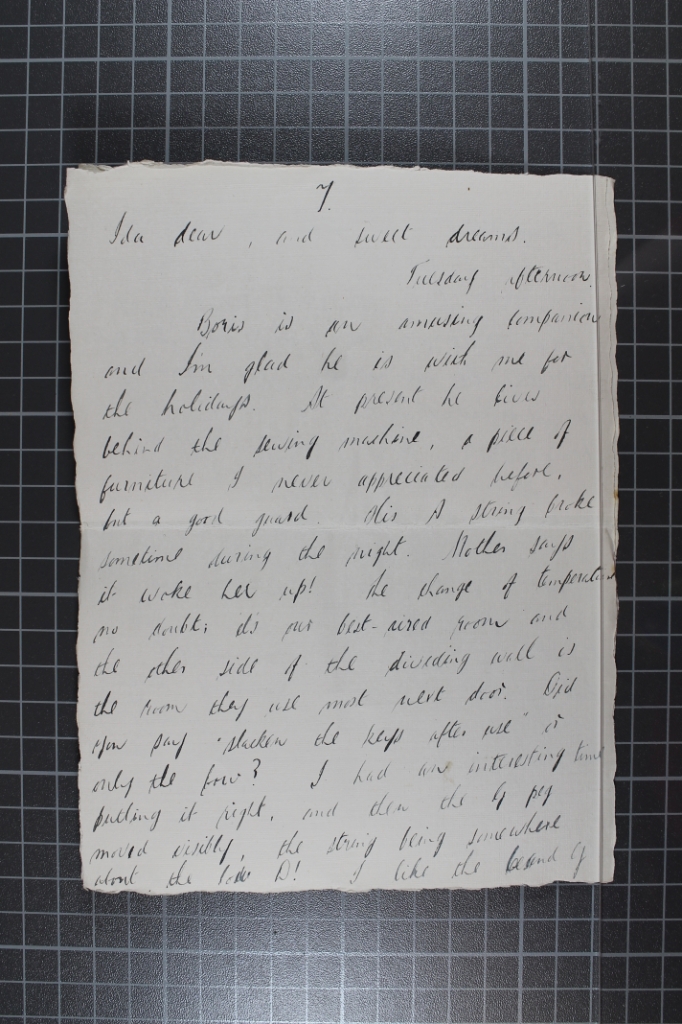 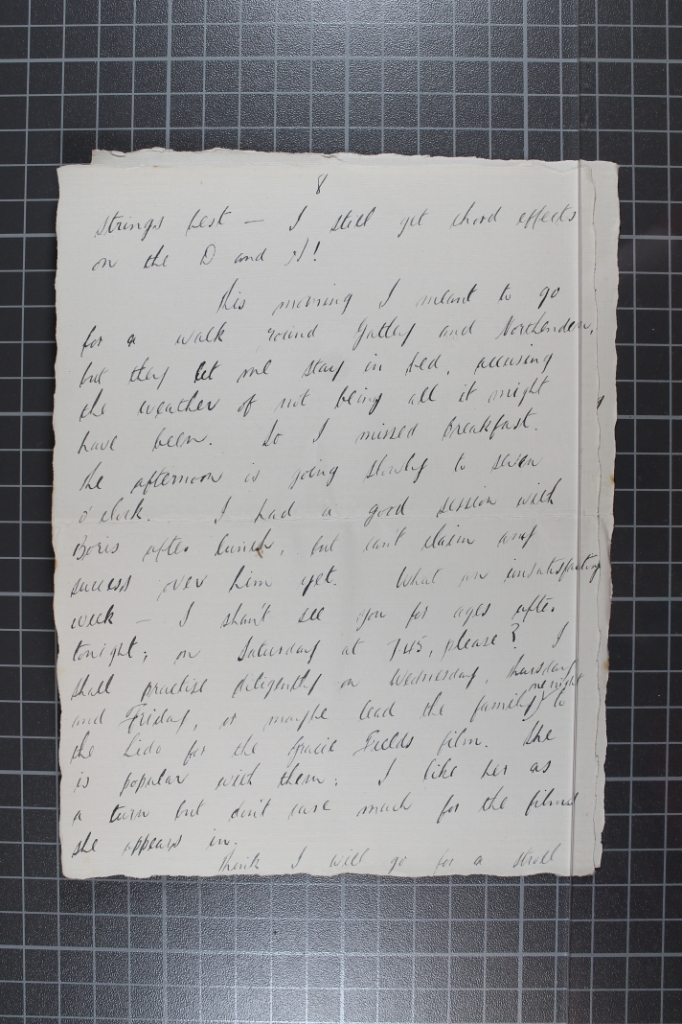 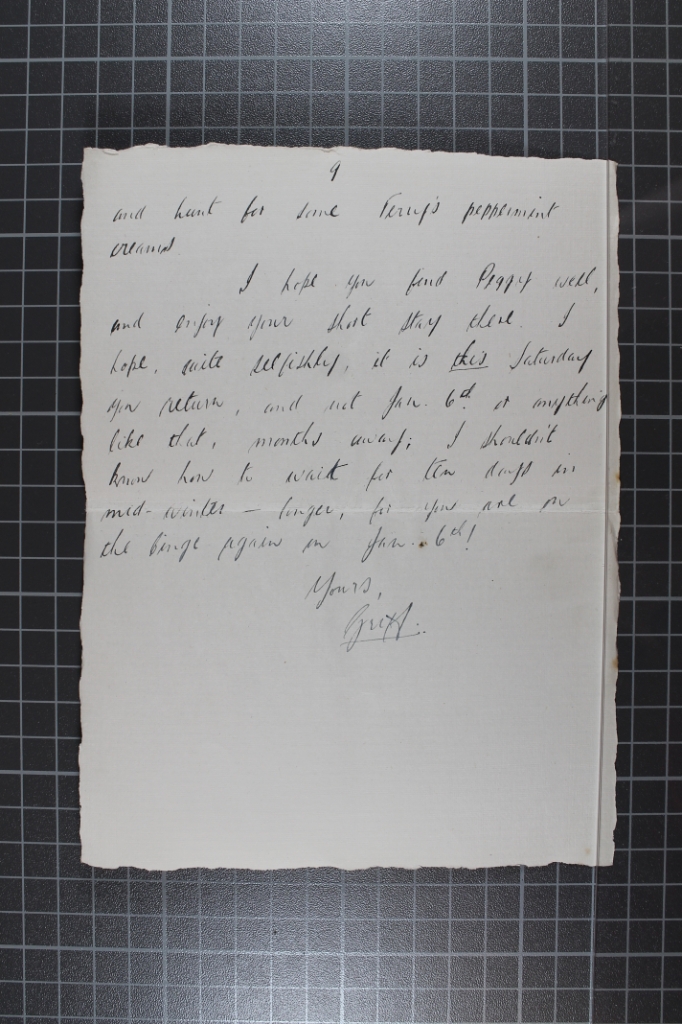 It's Christmas 1939! "First written words of Christmas day 1939 are addressed to you," writes Griff to Ida.
He promises to not elongate his exit from her house again as she must have been freezing as he delayed his goodbyes in the garden.
Boris the cello is safely in the corner and he's eaten too many meals, Christmas and Eccles cakes.
He thanks her for her present (but we're not told what it is).
He's currently "feeling very tired. Or overfed. Or both."
He's listened to the King's speech and "would like your opinion about the words 'civilisation' and 'organisation'," admitting his lingo might not be as sophisticated as the BBC.
He reckons Malcolm Sargent is "chock-full of useful interpretations of the words, and expressions generally" in the Hallé Choir work. He warns the choir not to count too obviously as this is his job. Griff also wishes to "so something with Toscanini in charge."
He continues to Boxing Day where he says that overnight his cello Boris broke its A string and probably woke his mother up. Whoops.
He might go to the Lido to see the new Gracie Fields film, and "think I will go for a stroll and hunt for some Terry's peppermint creams." Solid plan, Griff.

Ref: CARROLL/IGC/3 GG
With thanks to the Ida Carroll Trust

Part of the #NSM2020 project "A 20/20 Legacy: the centenary of the Northern School of Music" supported by the National Lottery Heritage Fund.
Artefact added : 20th January 2021
by rncmarchives