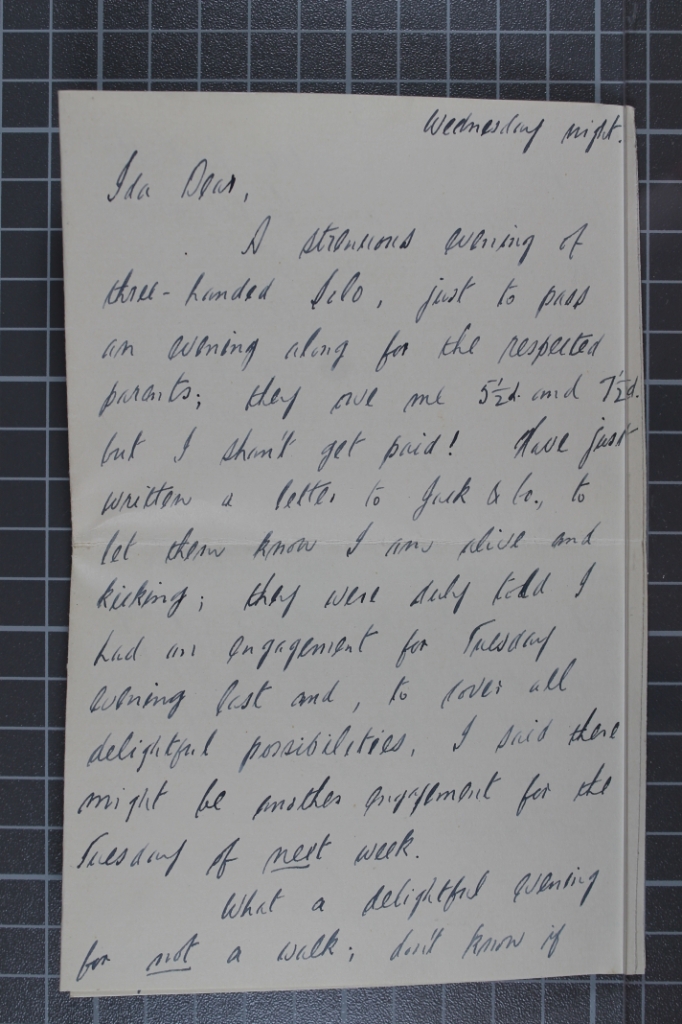 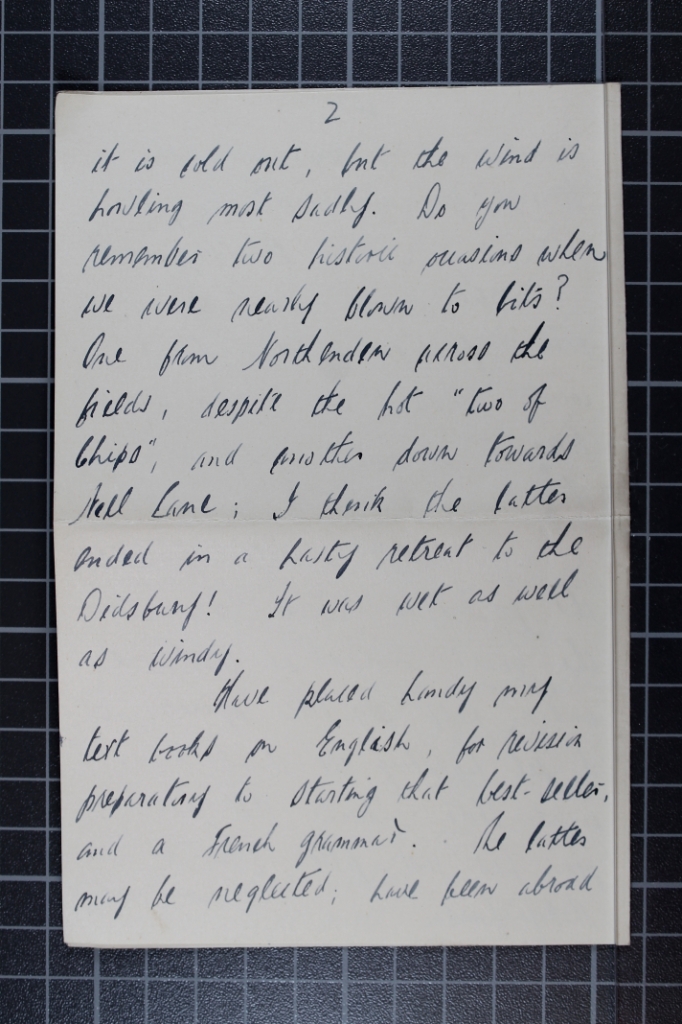 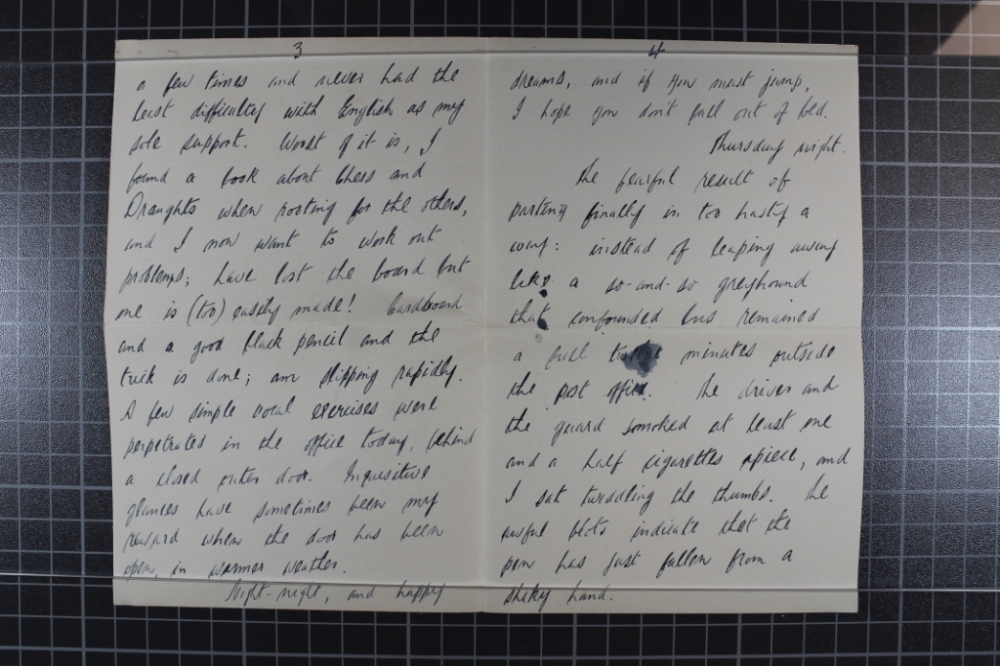 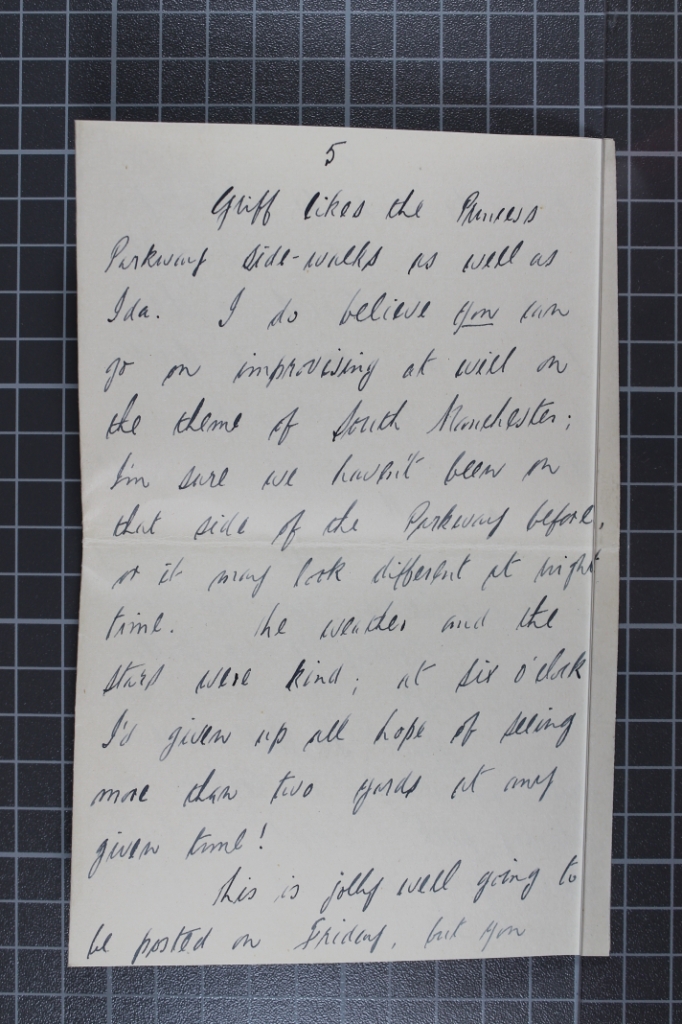 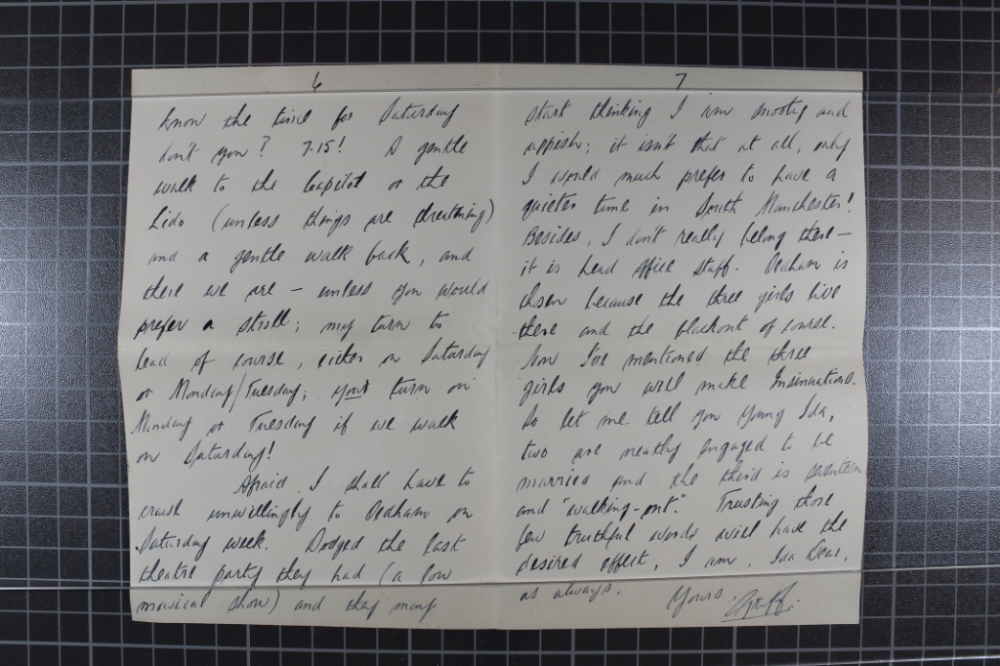 Griff relates to Ida of his evening of cards with his parents. The wind is howling and he recalls "two historic occasions when we were blown to bits" by South Manchester winds.
He doesn't fancy learning another language as English has served him well wherever he's been.
He practised some vocal exercises in the office at work and knows he gets inquisitive looks when the door s open in warmer weather.
It was dark on the walk along Princess Parkway, "the weather and stars were kind; at six o'clock I'd given up all hope of seeing more than two yards at any given time!"
He's been avoiding attending a work party in Oldham but recognises that he probably should go. "Dodged the last theatre party they had (a low musical show) and they may start thinking I am snooty and uppish," but really he would much rather relax in South Manchester. Apparently the party is held in Oldham because of "the blackout of course." Possibly because it's further away from the city centre?