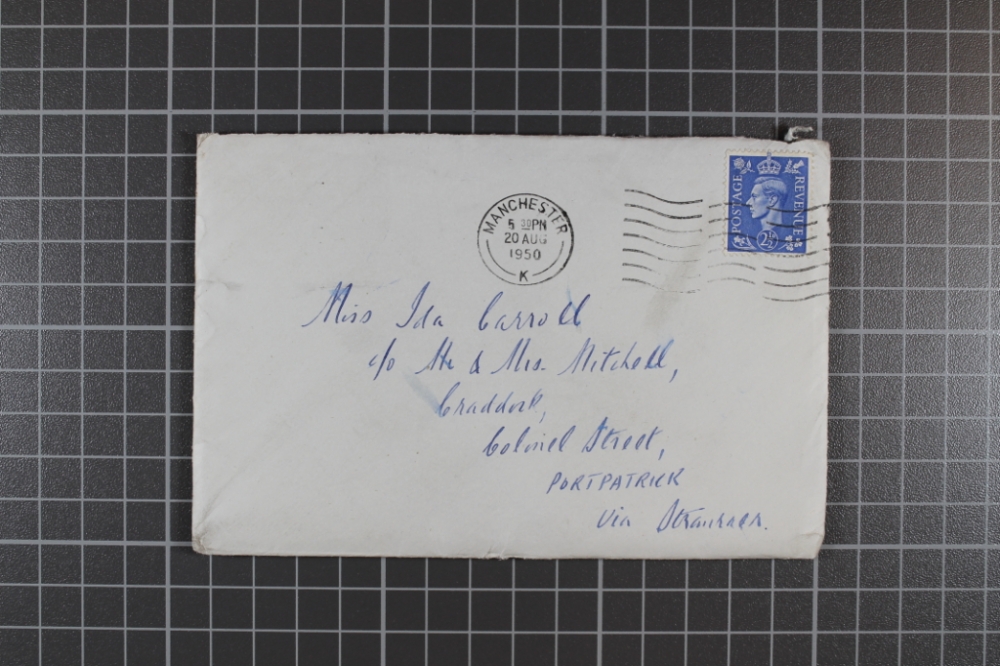 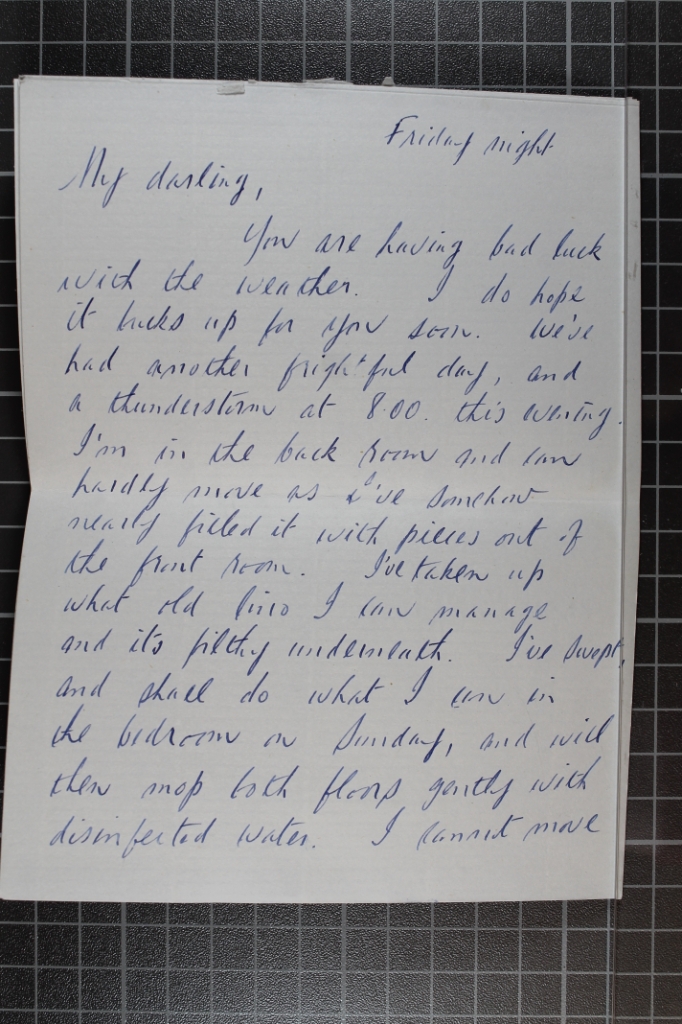 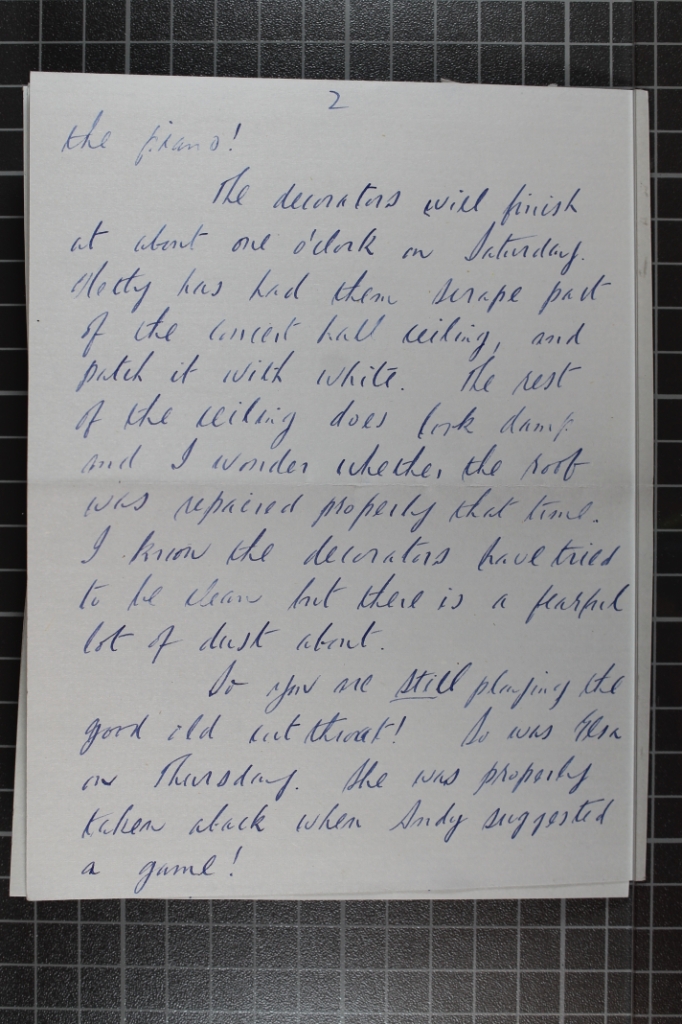 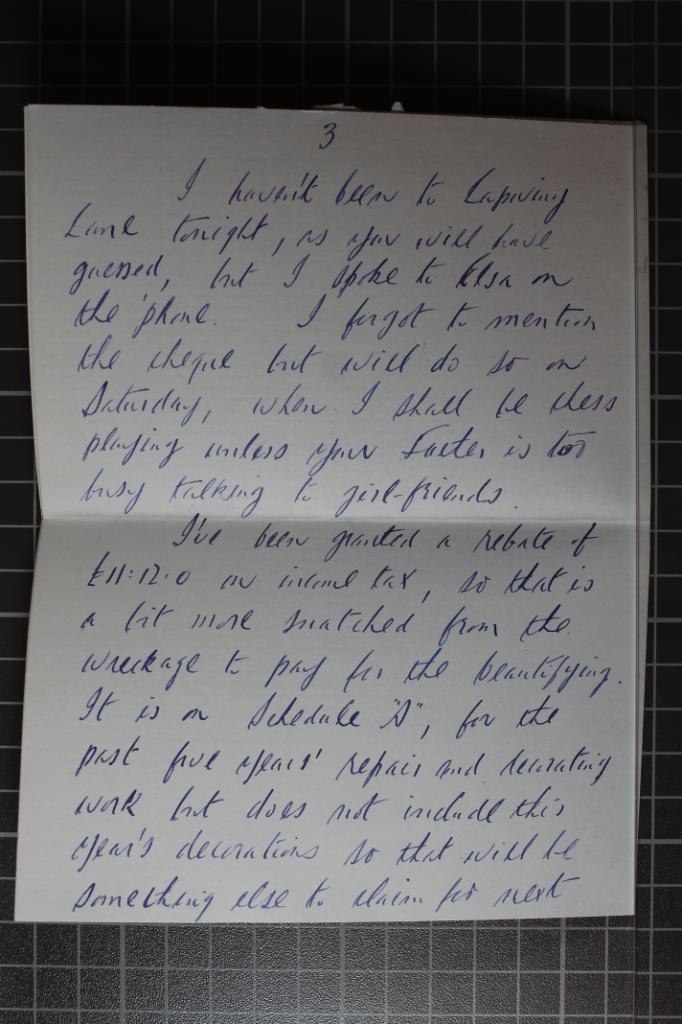 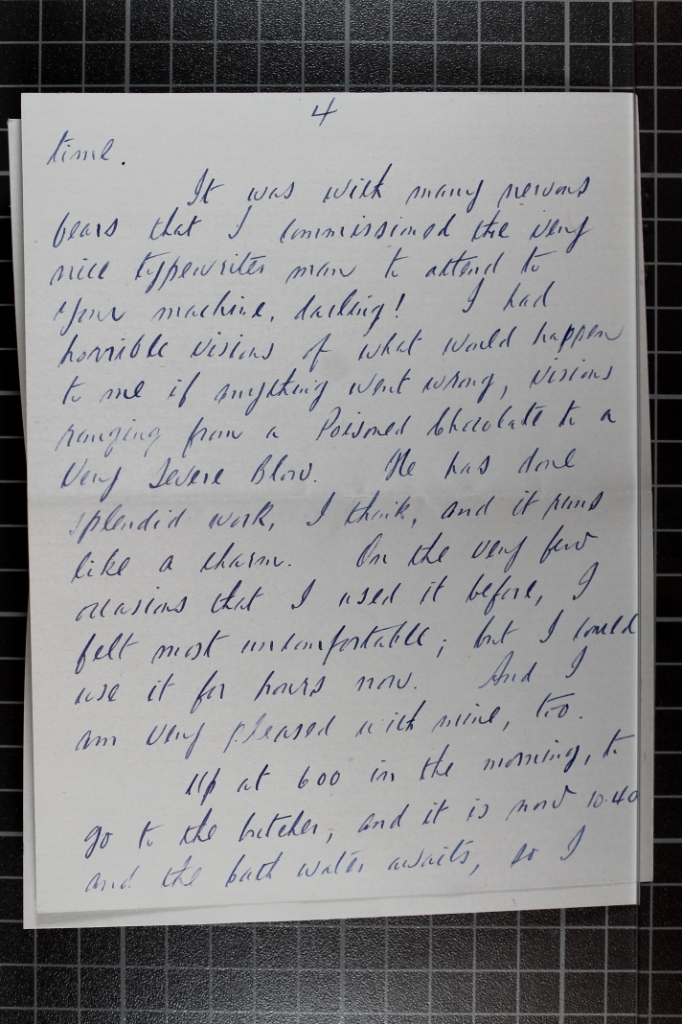 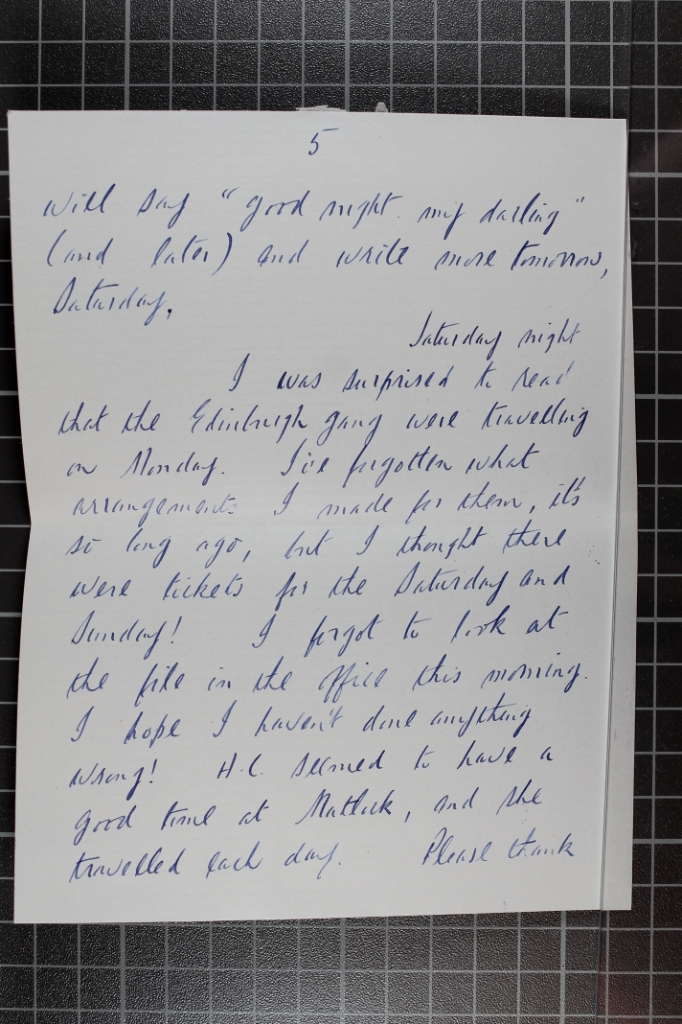 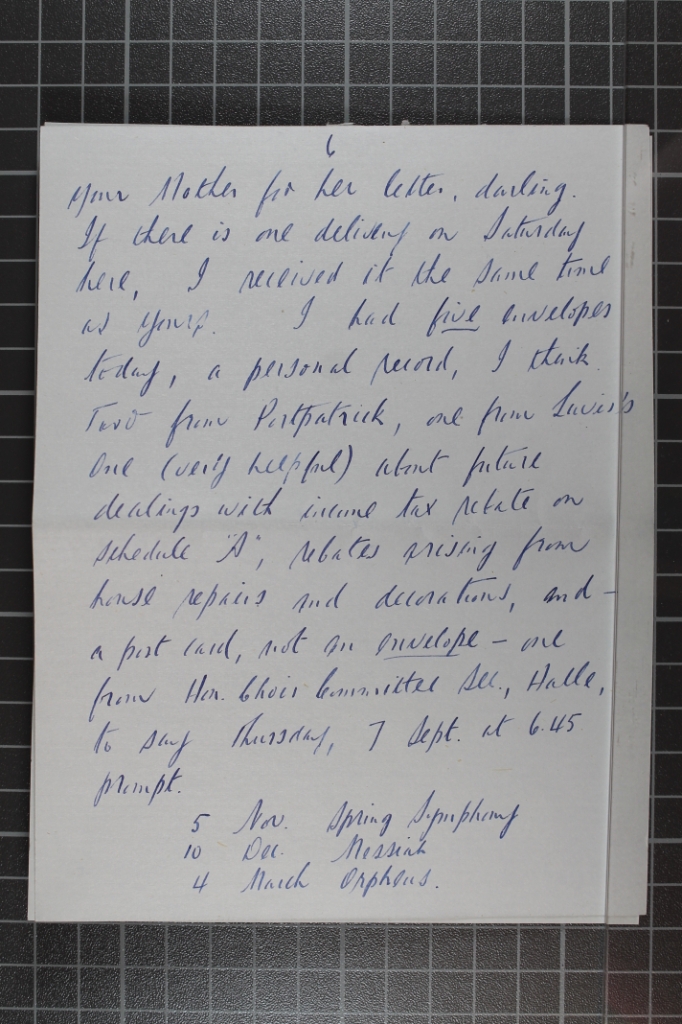 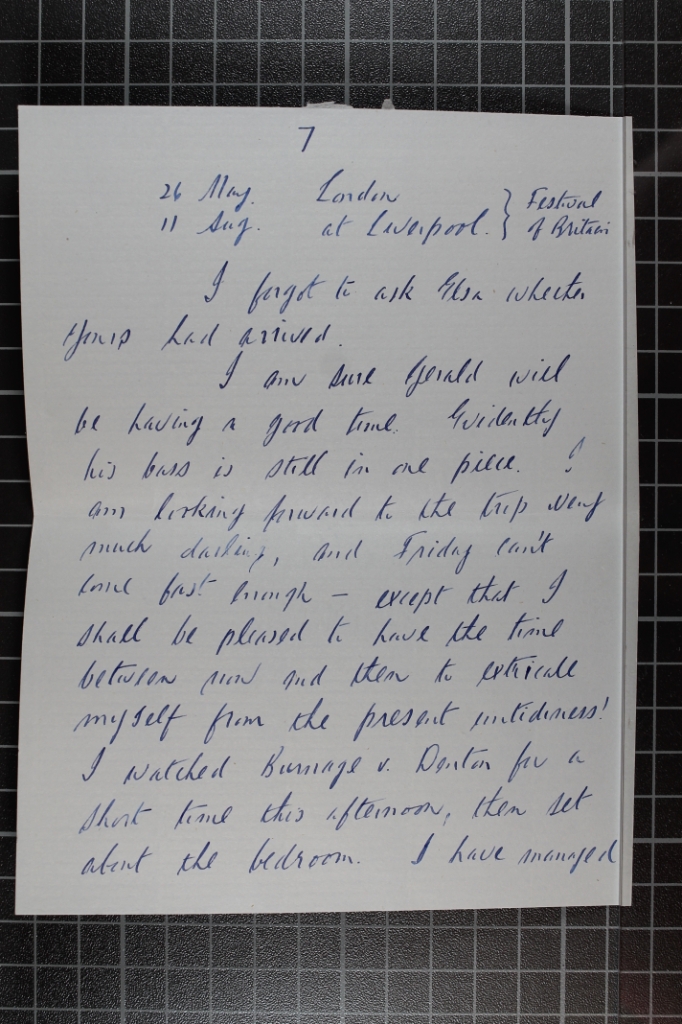 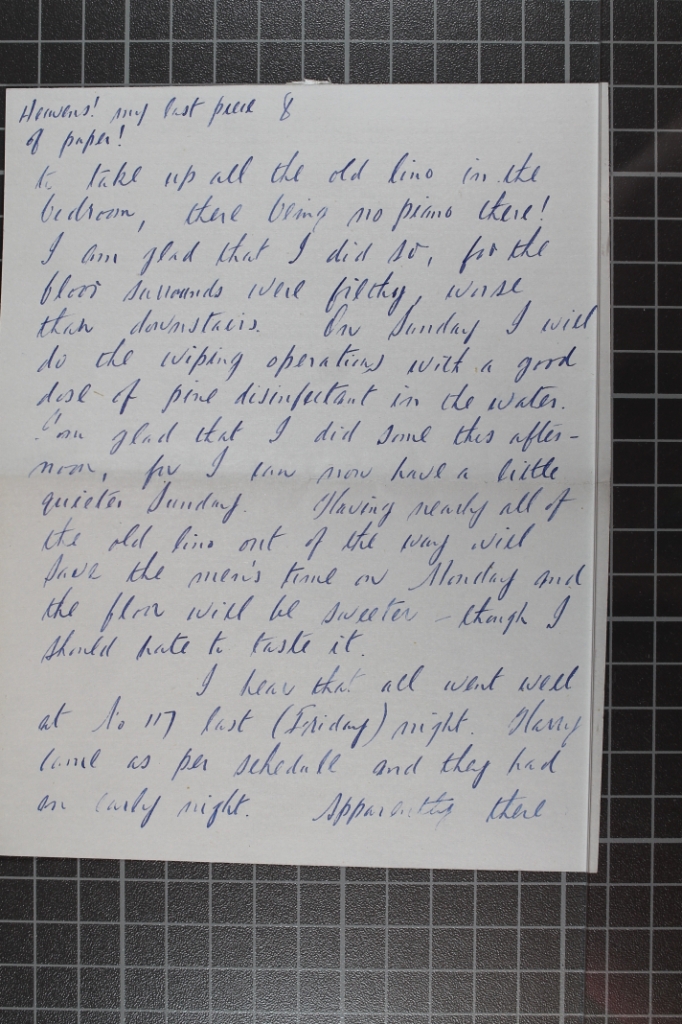 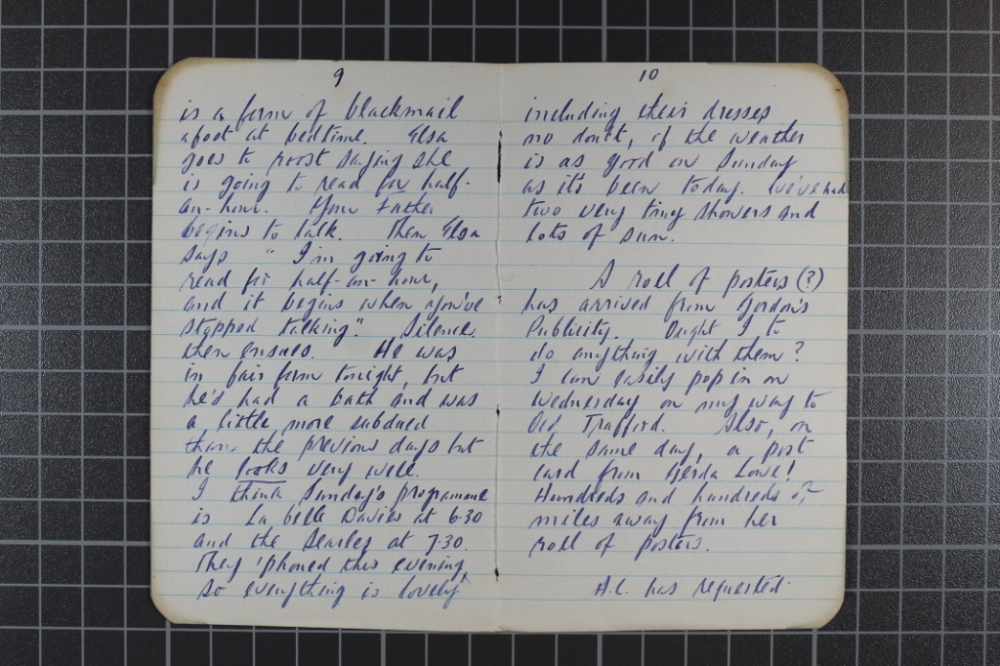 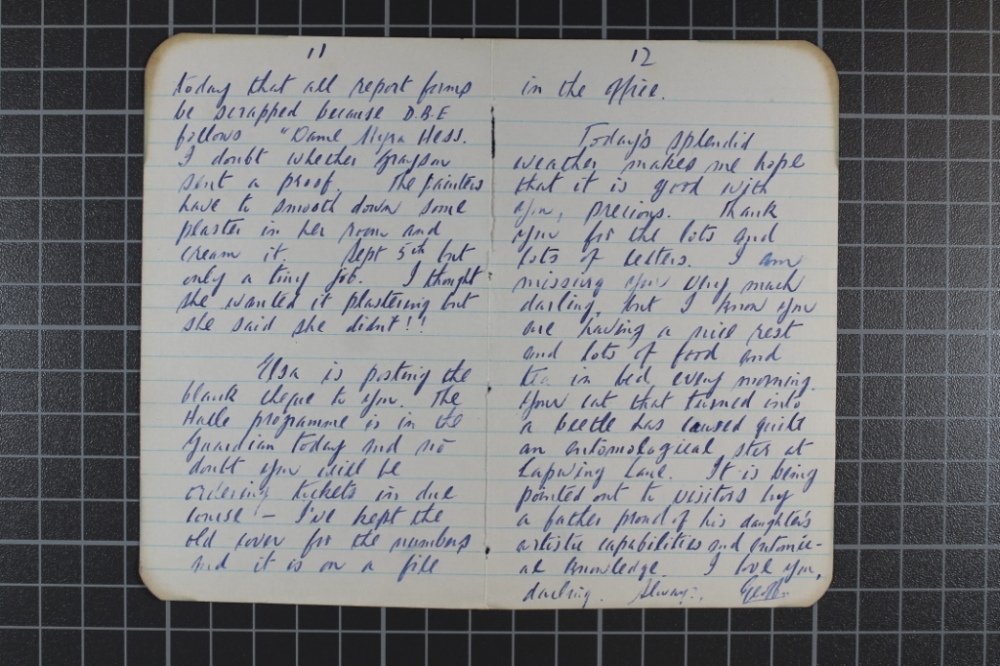 Griff writes to Ida while she's on holiday at Portpatrick. He's clearing up old lino in his family home (or Hilda Collens) and giving everything a scrub before the decorators come and sort it all out.
There appears to be decorators at the Northern School of Music too, "Hetty has had them scrape part of the concert hall ceiling, and patch it with white. The rest of the ceiling does look damp and I wonder whether the roof was replaced properly last time."
He's having her typewriter fixed, "I had horrible visions of what would happen to me if anything went wrong, visions ranging from a Poisoned Chocolate to a Very Severe Blow."
He shares the Hallé's dates for concerts, which may be ones he's singing in, including those for the Festival of Britain in 1951.
He relates to her news of her family, "Apparently there is a form of blackmail afoot at bedtime. Elsa goes to roost saying she is going to read for half-an-hour. Your father begins to talk. Then Elsa says, 'I'm going to read for half-an-hour and it begins when you've stopped talking.' Silence then ensues."
He misses her but "I know you are having a nice rest and lots of food and tea in bed every morning."

Ref: CARROLL/IGC/3 GG
With thanks to the Ida Carroll Trust

Part of the #NSM2020 project "A 20/20 Legacy: the centenary of the Northern School of Music" supported by the National Lottery Heritage Fund.
Artefact added : 1st February 2021
by rncmarchives