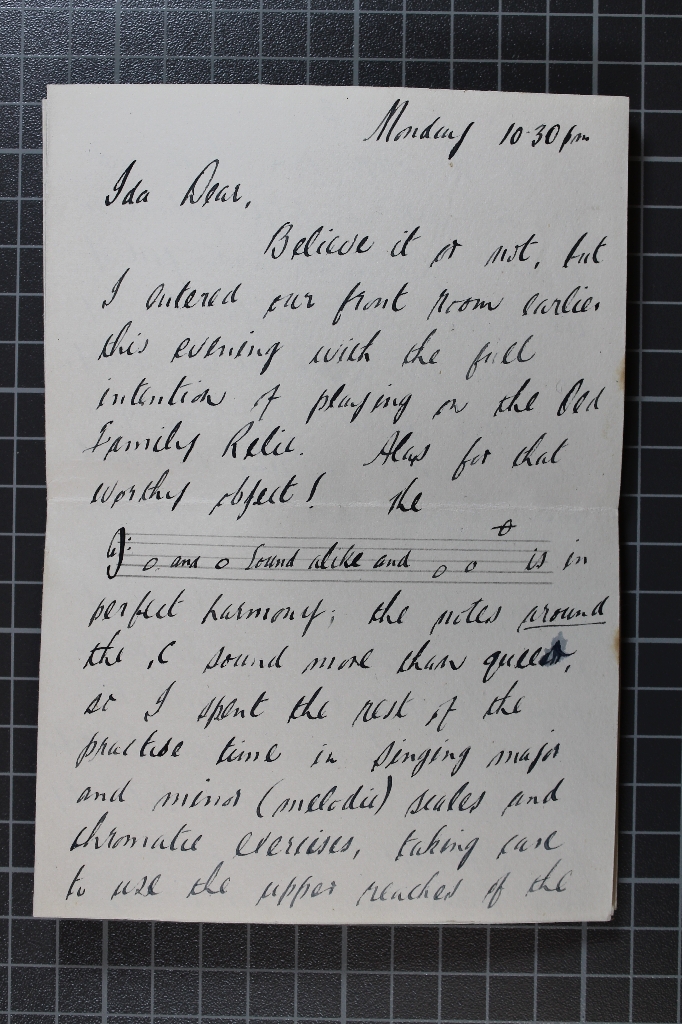 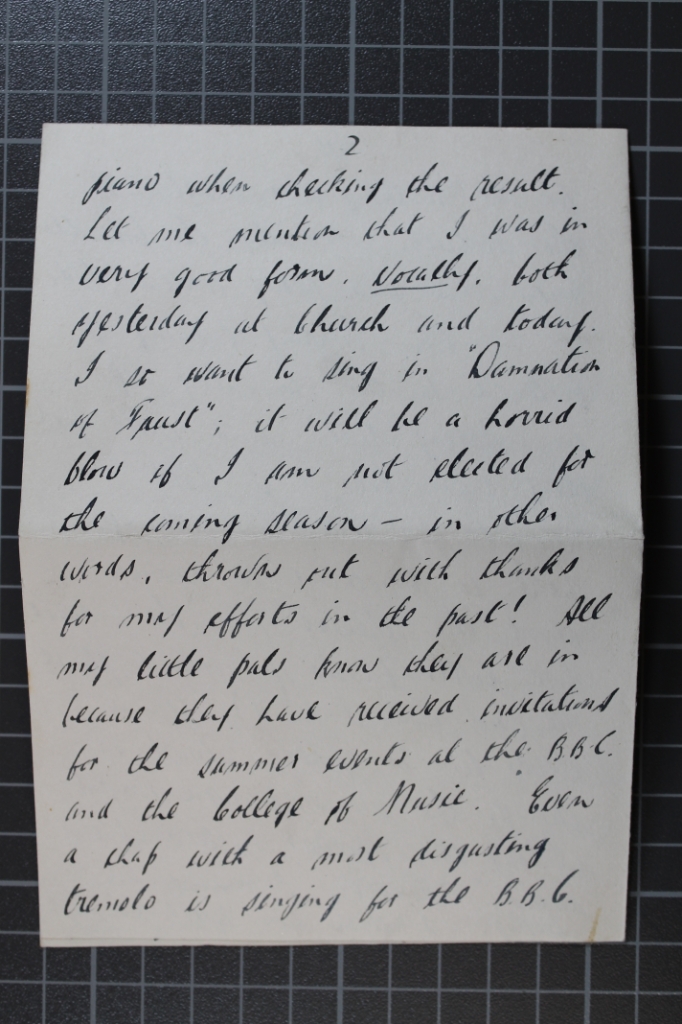 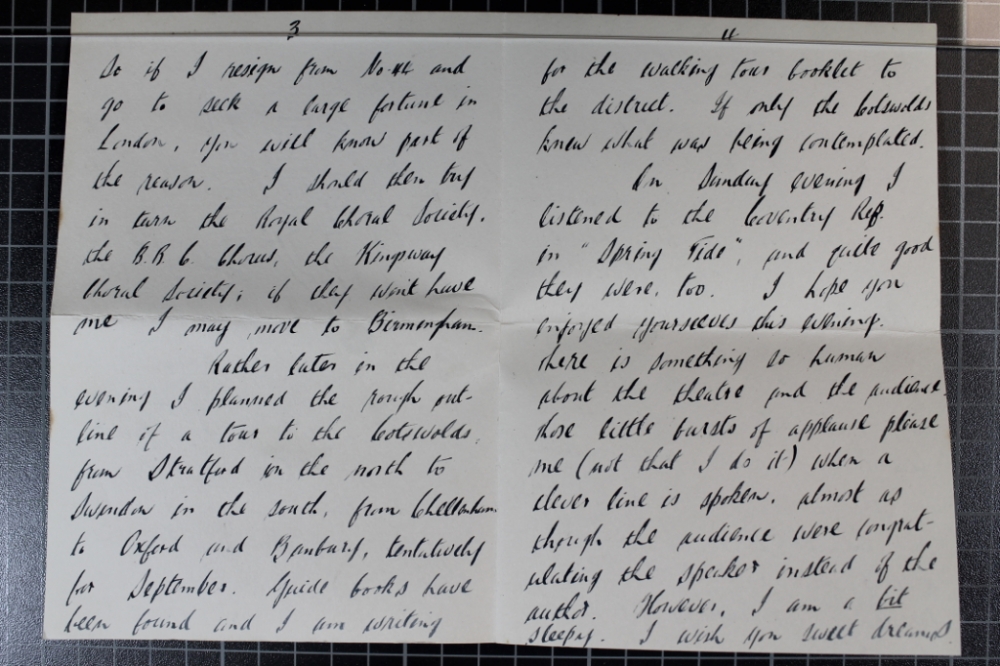 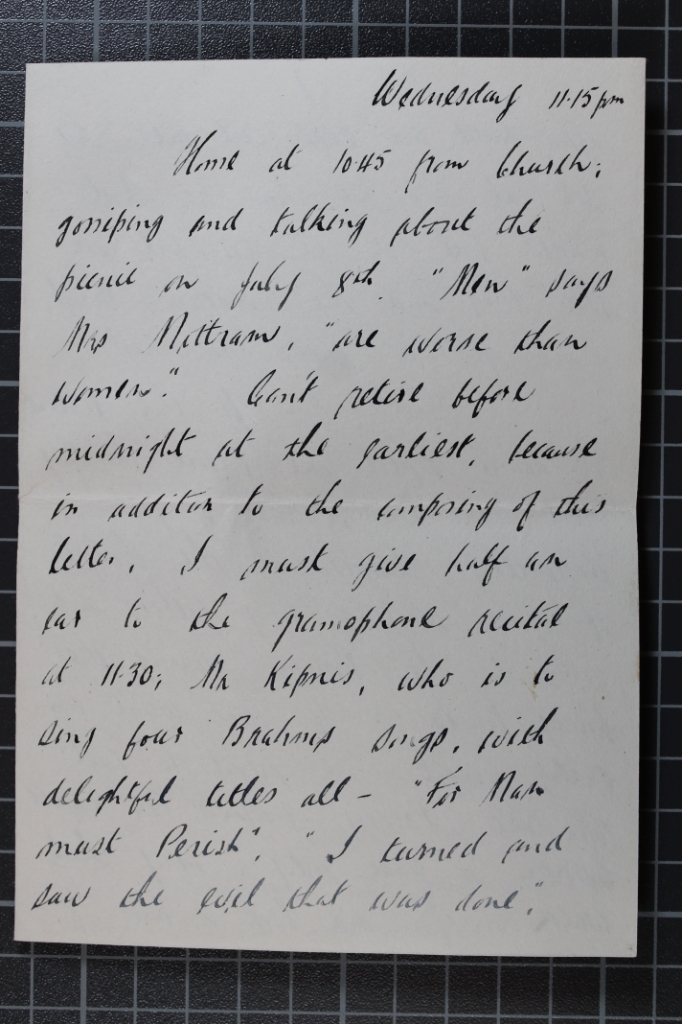 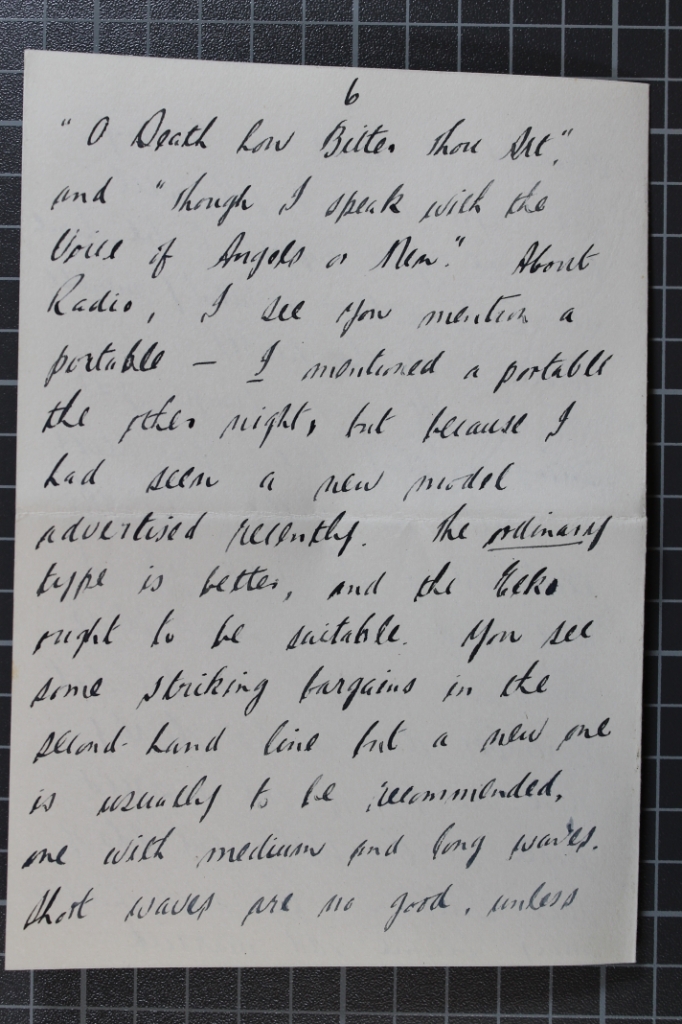 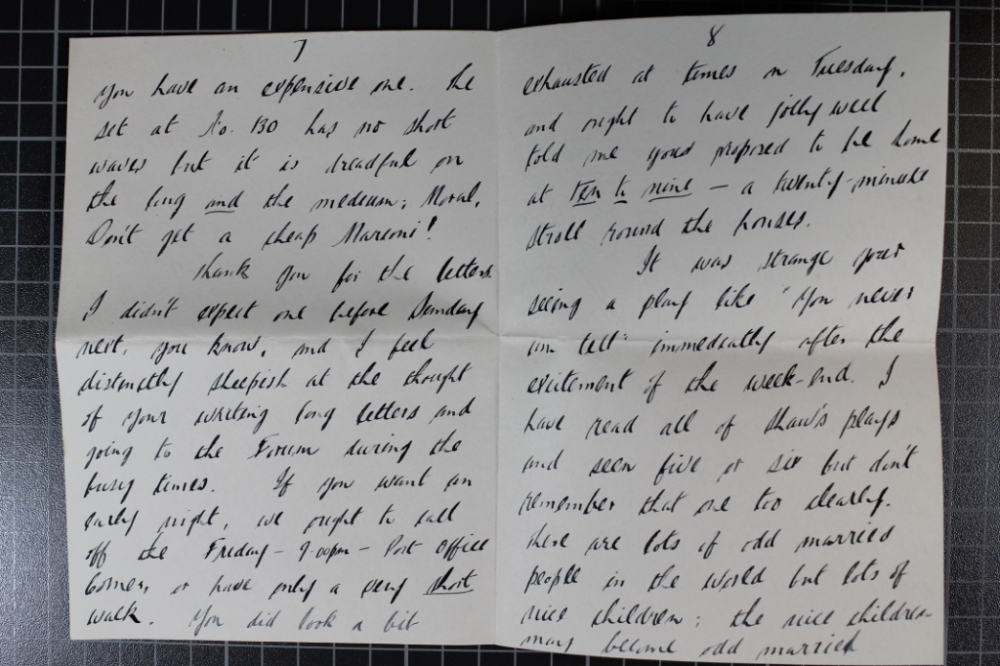 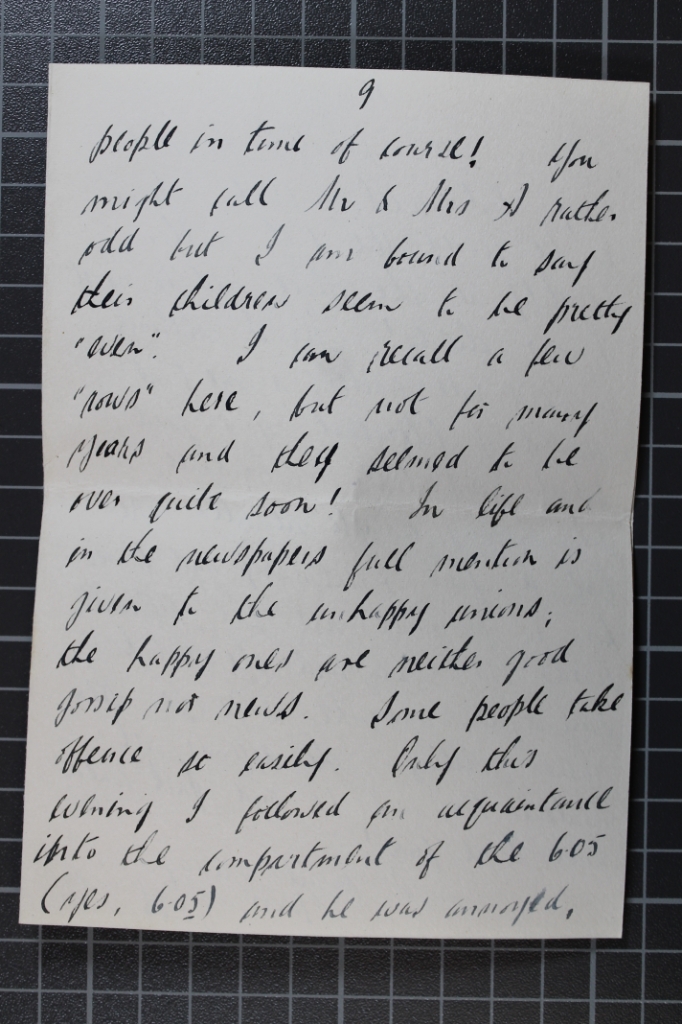 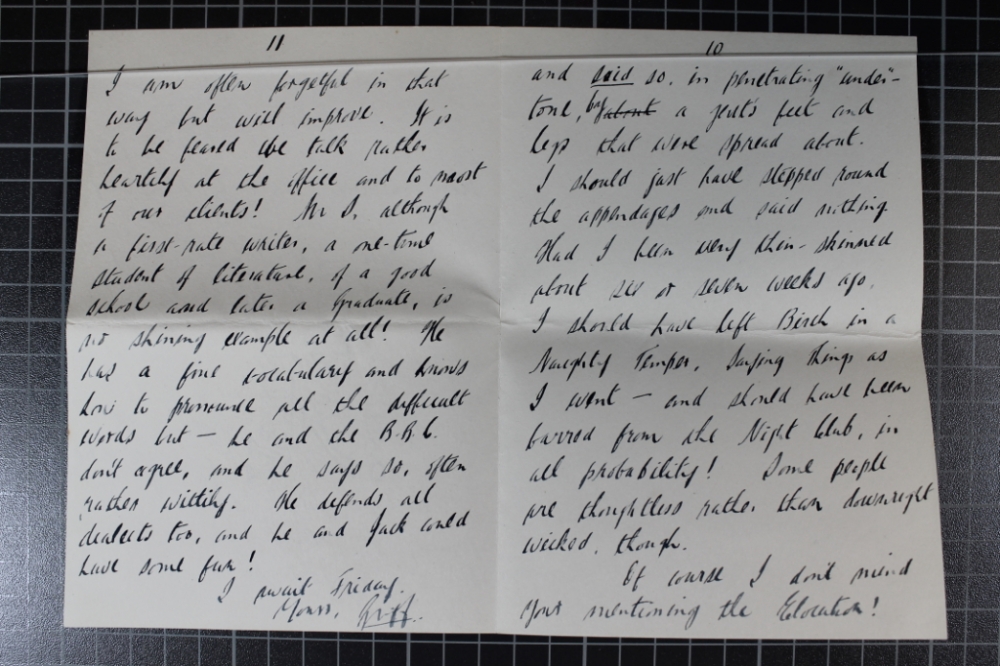 Griff writes to Ida that he thought of playing the "Old Family Relic" piano but it's pretty out of tune so practiced vocal scales instead.
"I so want to sing in 'Damnation of Faust'; it will be a horrid blow if I am not elected for the coming season." He's jealous as "all my little pals know they are in because they have received invitations for the summer events at the BBC and the College of Music." He petulantly threatens to leave Manchester altogether and find other groups to sing in.
He's writing some walking guides for the Cotsworlds for work, "If only the Cotswolds knew what was being contemplated."
He's looking forward to the radio concerts and discusses radio model options.
He understands if she doesn't want to meet with him later as she is probably tired and wants an early night.
She's off to the theatre and he speculates about the happiness of marriages, "in life and in the newspapers, full mention if given to the unhappy unions; the happy ones are neither good gossip or news."
Griff encounters some manspreading on the train and gives his opinion of someone who champions local dialects and doesn't get on with the BBC.