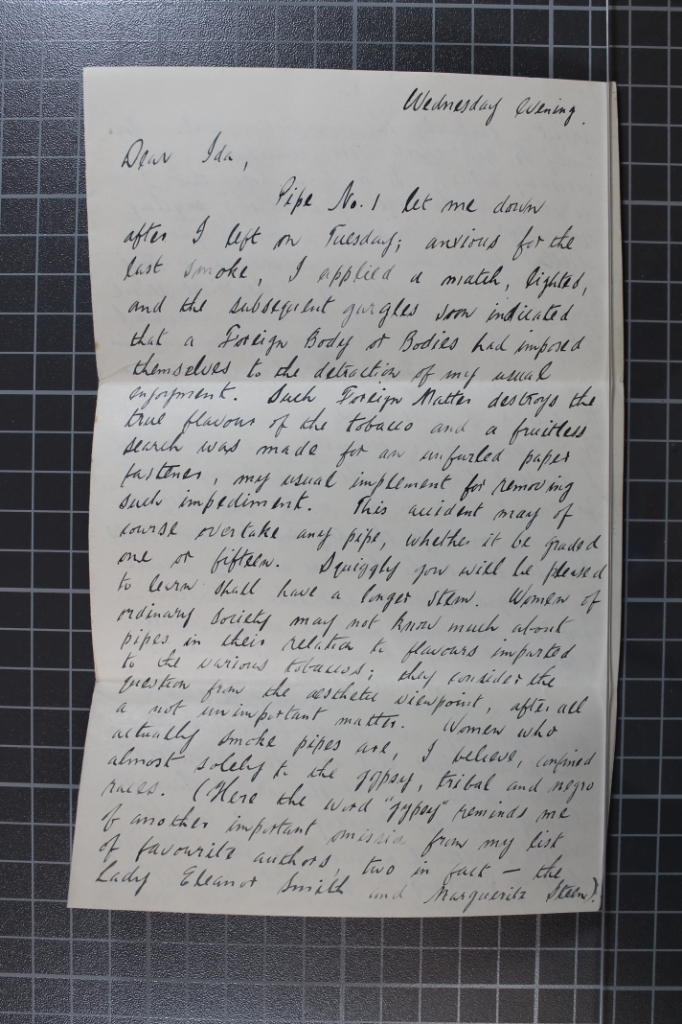 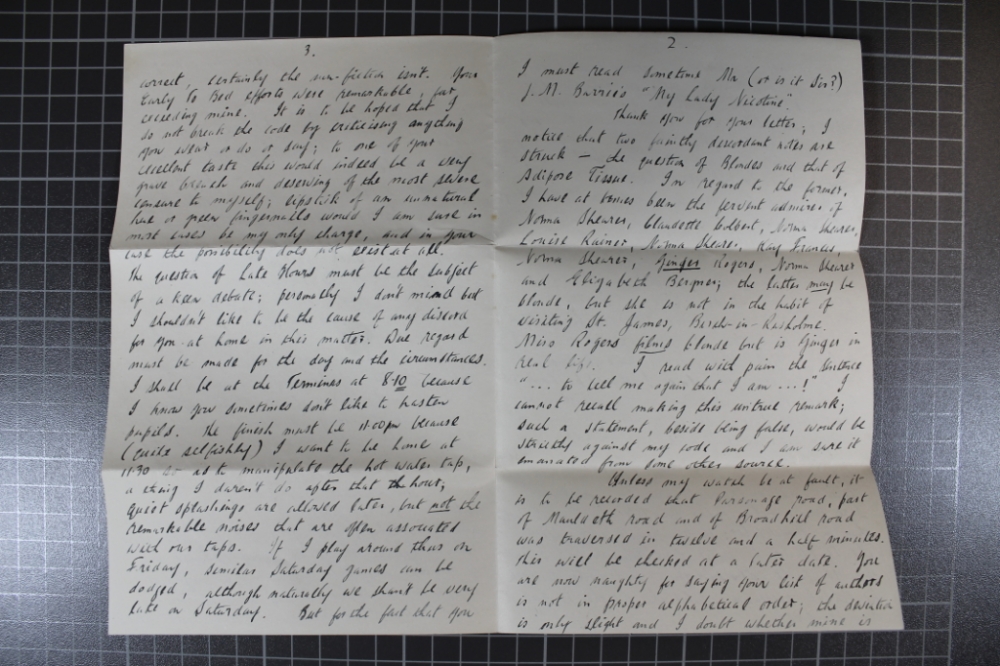 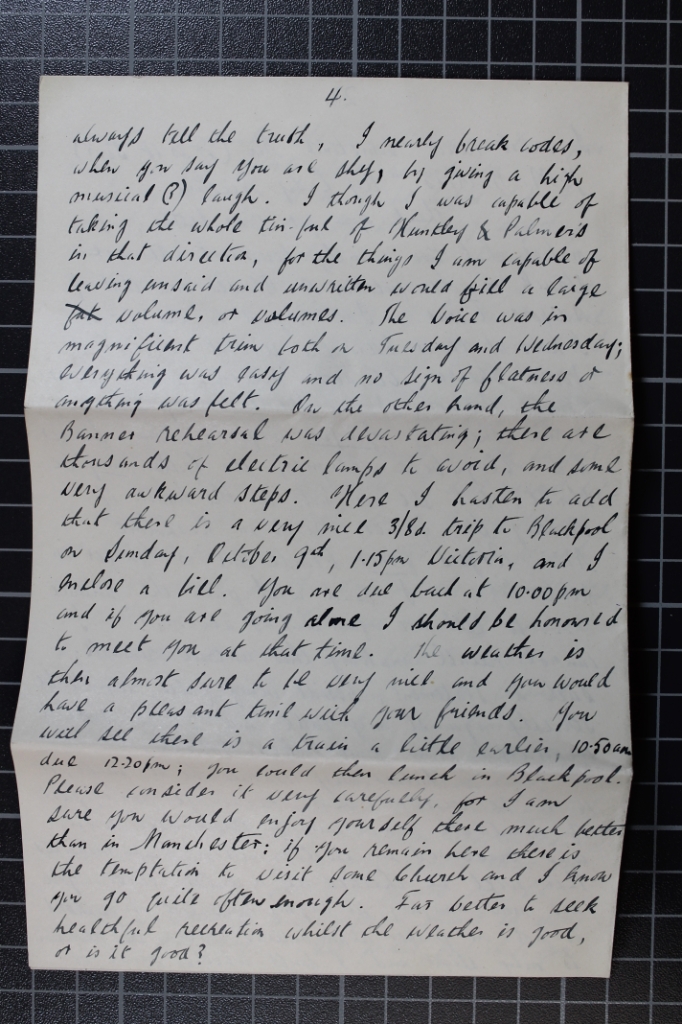 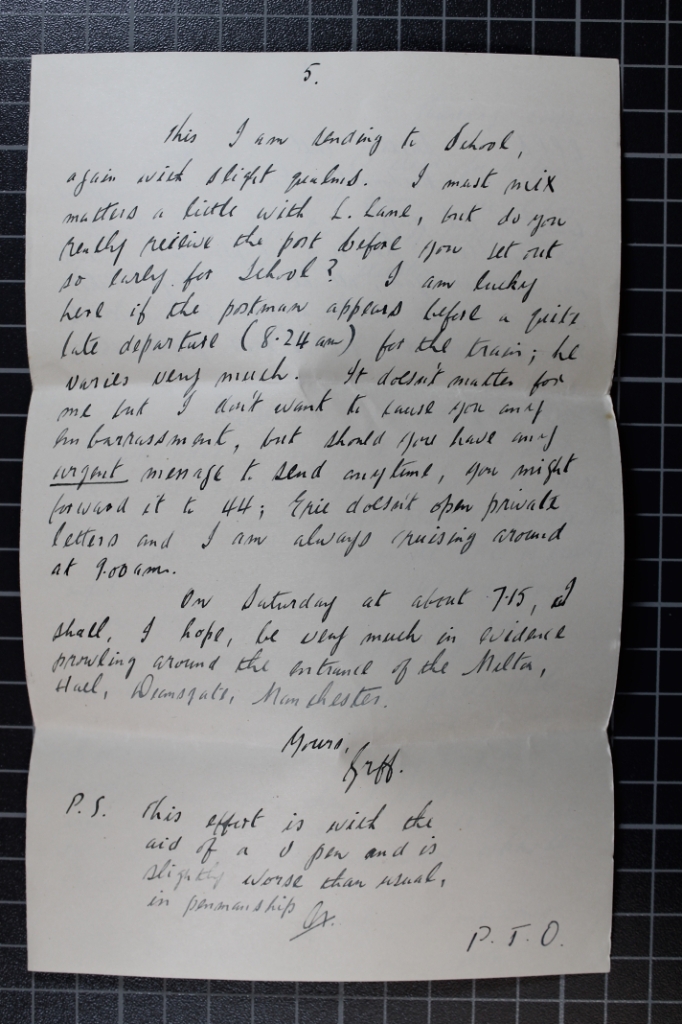 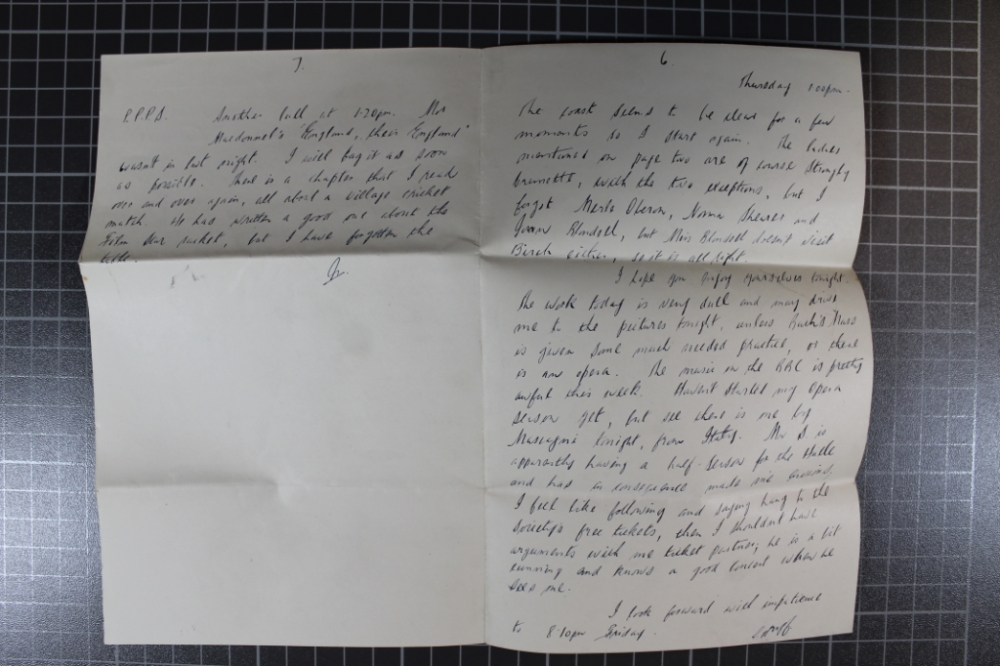 Griff writes to Ida telling her that his favourite pipe has choked up and it ruined a good smoke. After a little sexism and racism he is reminded to read J.M. Barrie's 'My Lady Nicotine'.
He confesses a crush on a bunch of film star blondes, of which most are brunettes, but not to worry as none of them go to Birch Church where he sings so it's safe.
He hopes never to criticise anything she wears/does/says "to one of your excellent taste this would indeed be a very grave breach and deserving of the most severe censure to myself; lipstick of unnatural hue or green fingernails would I am sure in most cases be my only charge, and in your case the possibility does not exist at all."
He thinks "the things I am capable of leaving unsaid and unwritten would fill a large (fat) volume or volumes," especially when she is modest about herself.
He encourages her to have lunch in Blackpool instead of going straight to Manchester "far better to seek healthful recreation whilst the weather is good."
He hopes to see her outside the Milton Hall for a concert.
He thinks of leaving the Hallé to get a little break "and saying hang to the Society's free tickets, then I shouldn't have arguments with me ticket partner; he is a bit cunning and knows a good concert when he sees one."