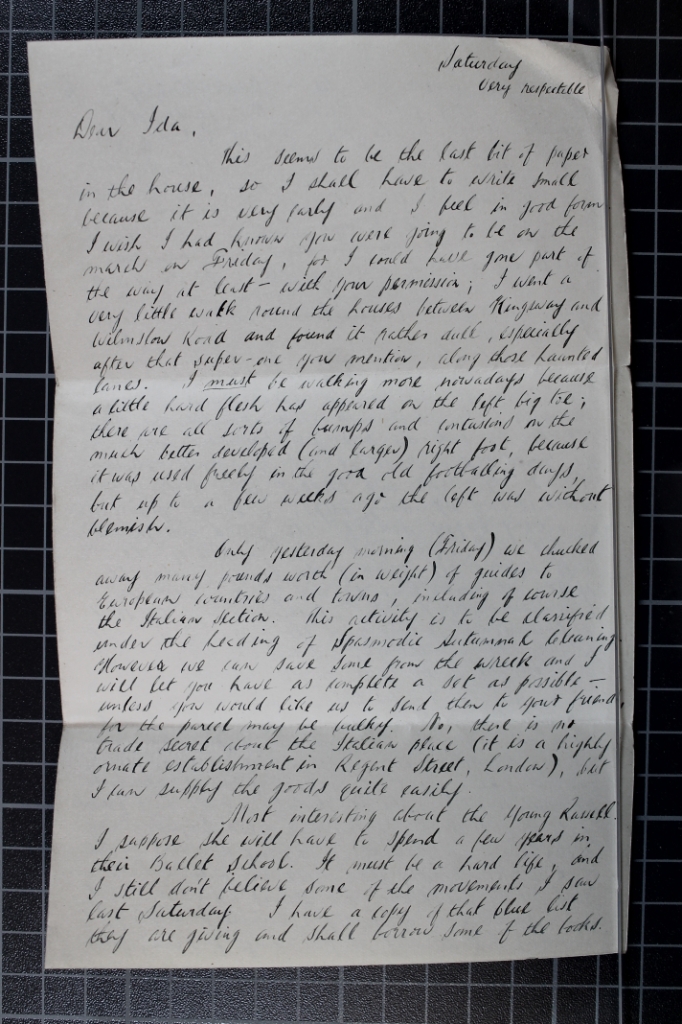 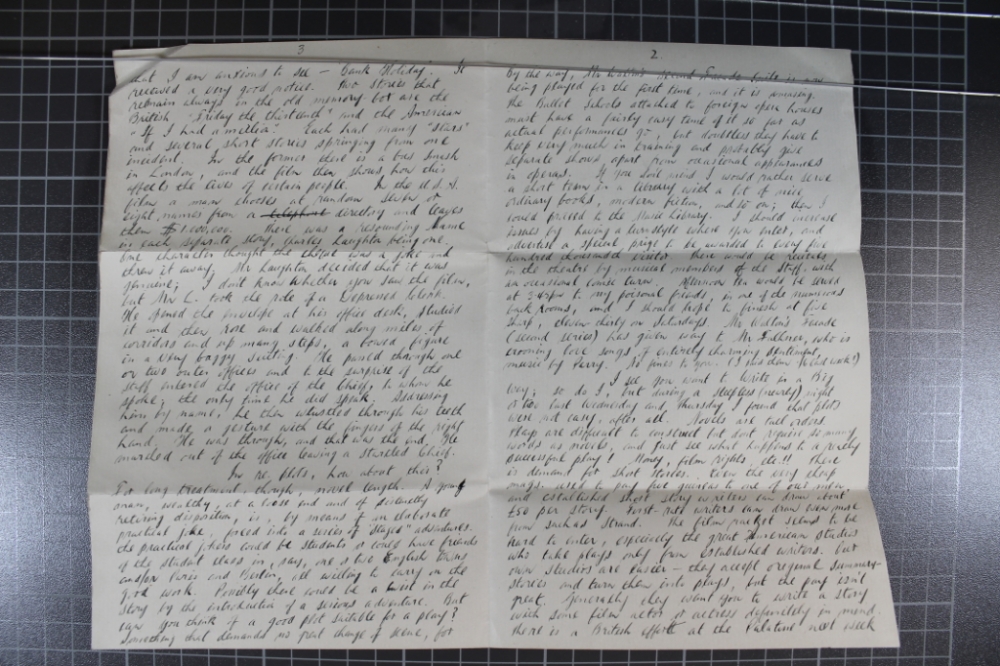 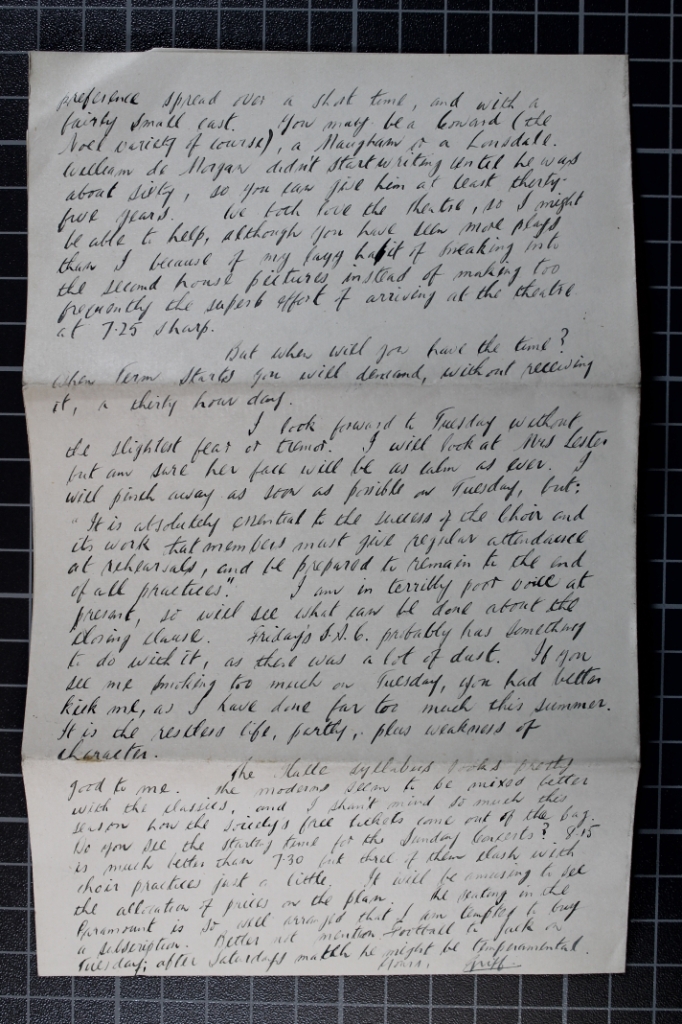 Griff writes to Ida, saying he's gone for a walk, "and found it rather dull, especially after the super-one you mention, along the haunted lanes." Well that's a spooky tease.
"Only yesterday morning (Friday) we chucked away many pounds worth (in weight) of guides to European countries and towns, including of course the Italian Section." Probably in response to the war.
He reckons William Walton's Facade Suite and "it was amazing." He reckons that "Ballet Schools attached to foreign opera houses must have a fairly easy time of it so far as actual performances go."
He says "if you don't mind I would rather serve a short time in a library with a lot of nice ordinary books, modern fiction and so on; then I could proceed to the Music Library." He explains a multitude of initiatives he would make if he was in charge of the library.
He still has dreams of writing but it turns out that "novels are tall orders," and discusses the lucrative possibilities of other forms, and cinema suggestions.
He offers a plot for a novel but asks her for a plot for a play.
He talks about Burch church choir but "I am in terribly poor voice at present" and thinks he may not be able to commit to the new requirements from the choir's time. He likes the new "Hallé syllabus" (for the choir?) with a mix of modern and classic pieces.

Part of the #NSM2020 project "A 20/20 Legacy: the centenary of the Northern School of Music" supported by the National Lottery Heritage Fund.
Artefact added : 22nd February 2021
by rncmarchives