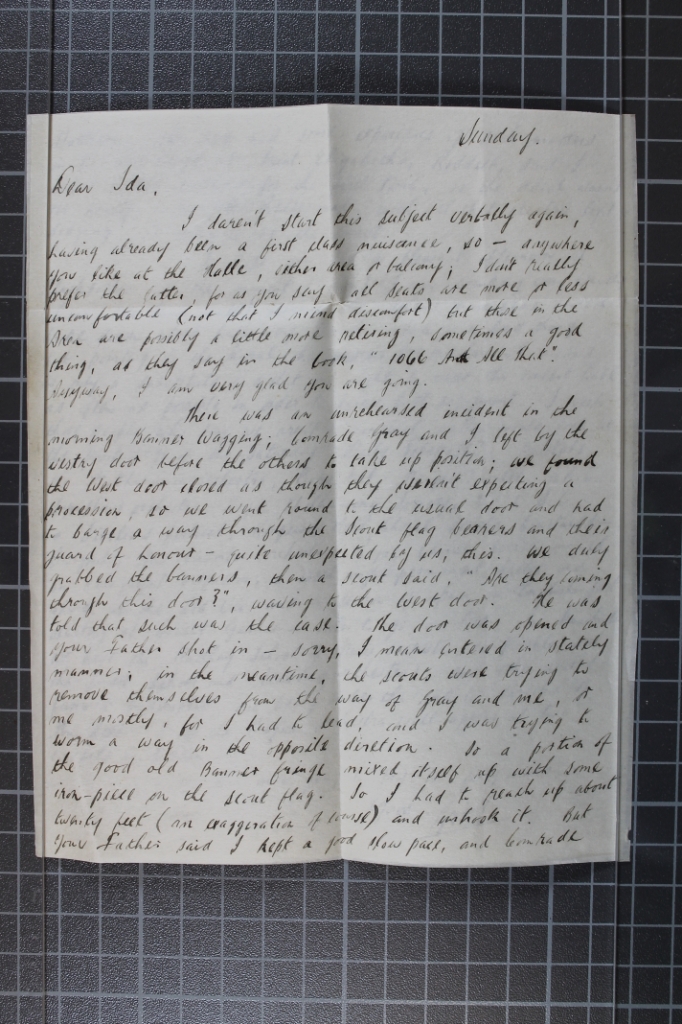 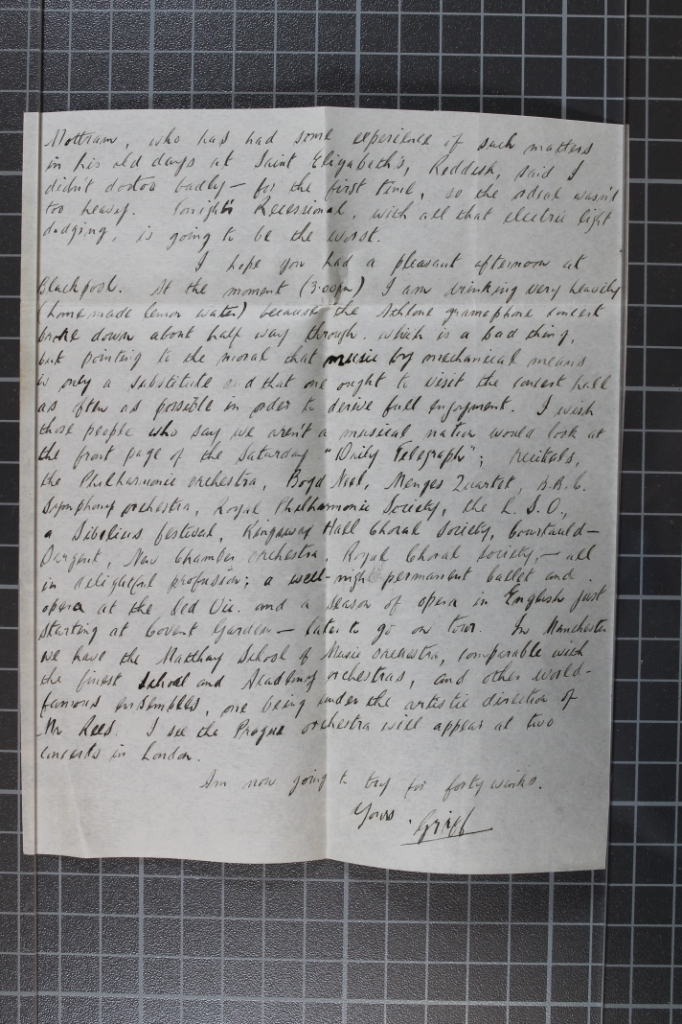 Griff writes to Ida hoping she has had a good time in Blackpool. He offers his preferred seating for the Hallé concert they will attend.
He tells her of how at Birch church, he became entangled and ensnared in the Scout's own procession when he was trying to sort out "Banner Wagging" (presumably for the choir). It became quite a confused mess for everyone involved, including Ida's father Walter.
He rejects the idea hat Britain isn't a musical nation, citing all the music making bodies he can think of, including the Matthay School of Music.