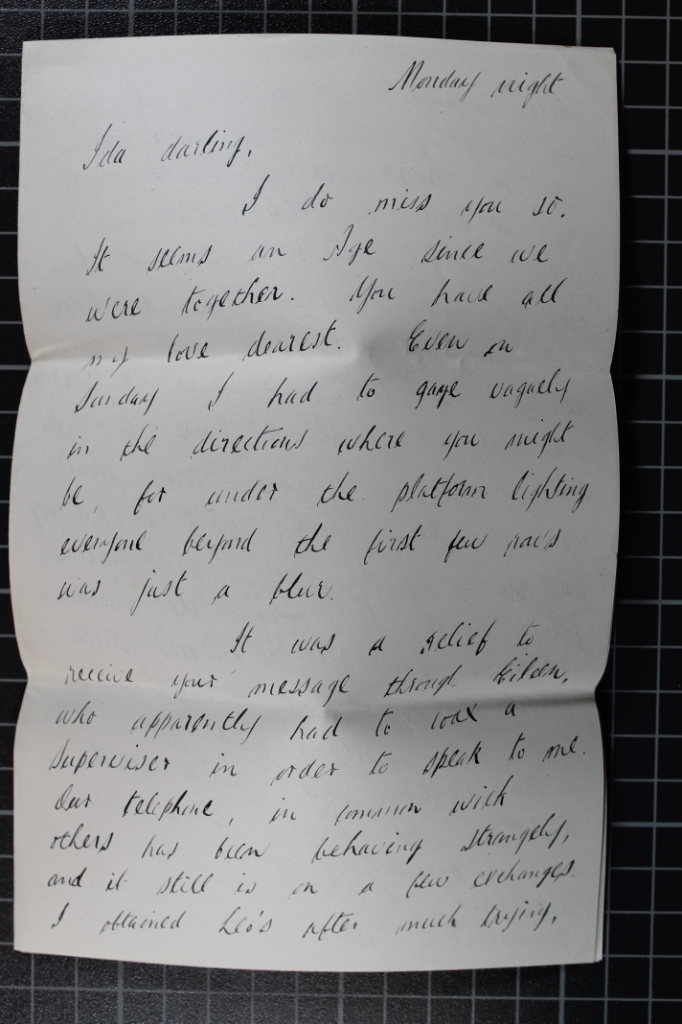 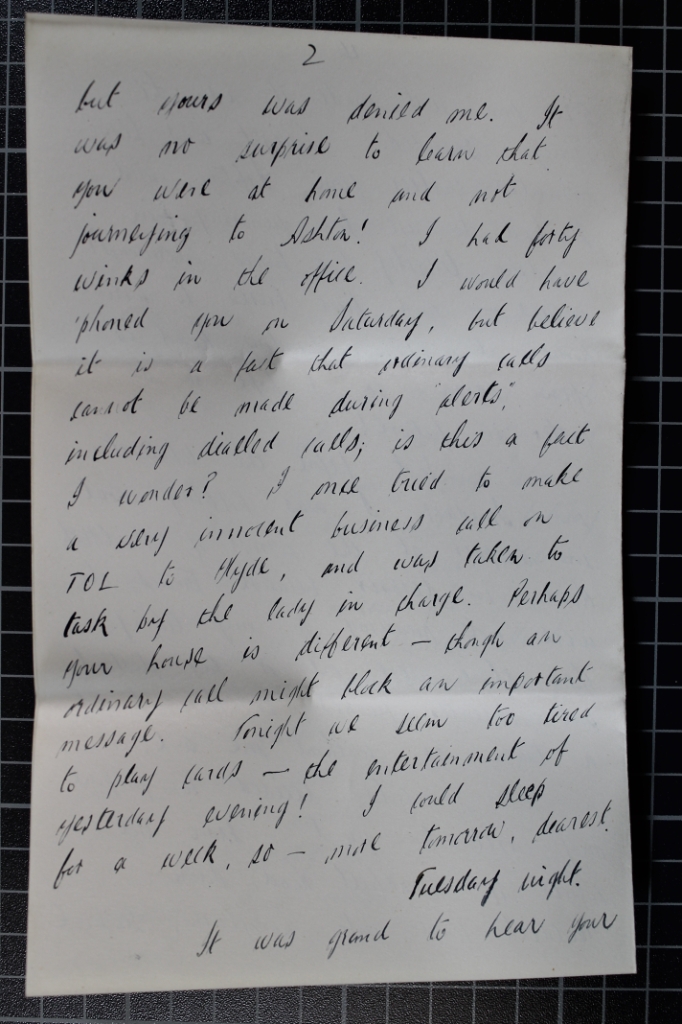 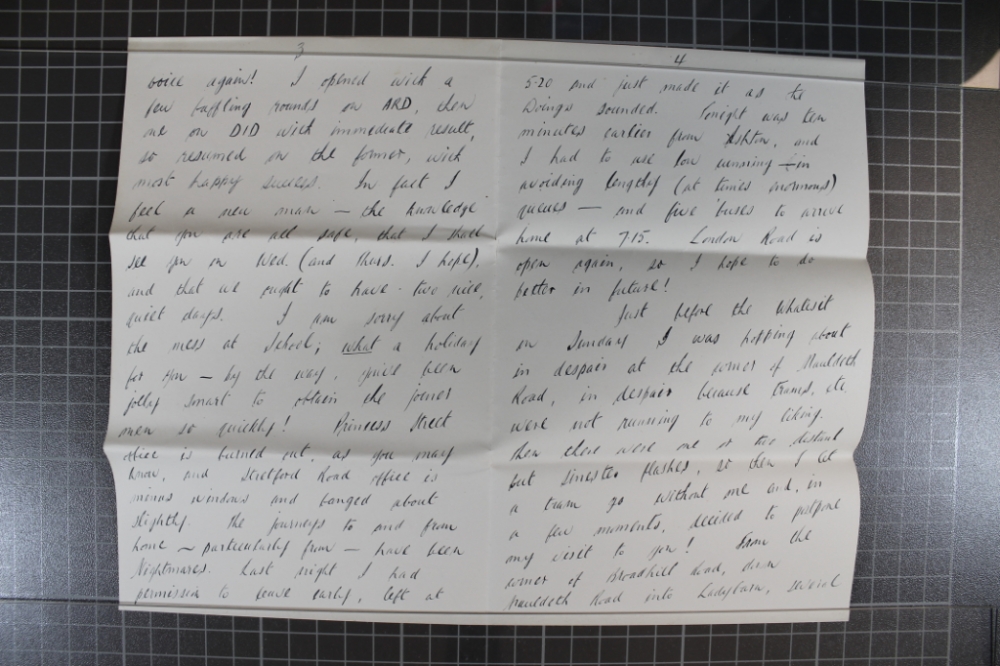 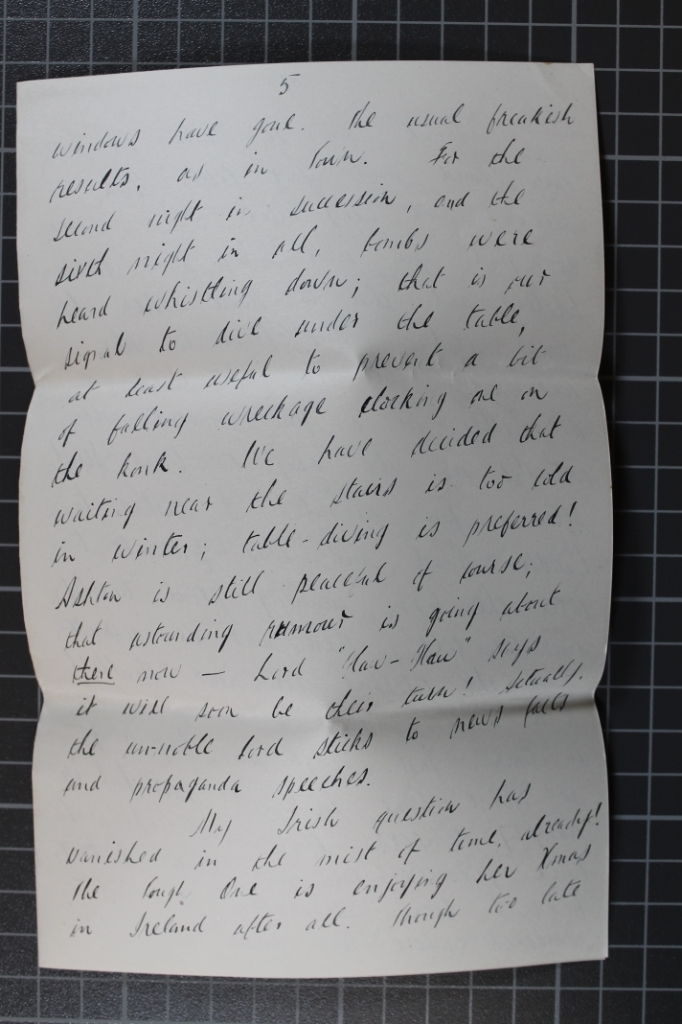 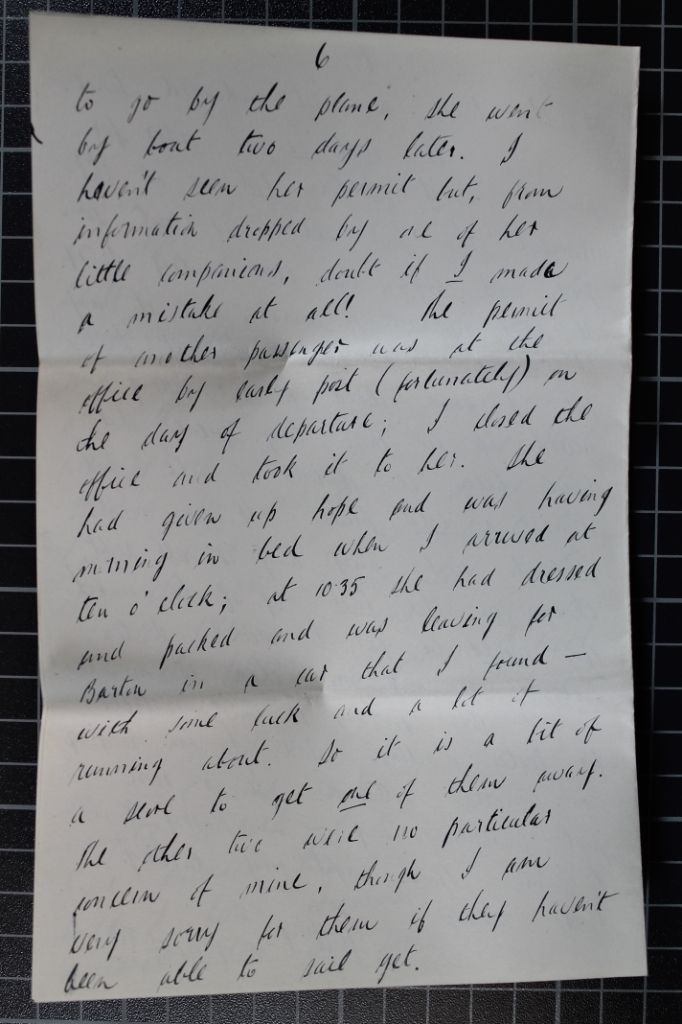 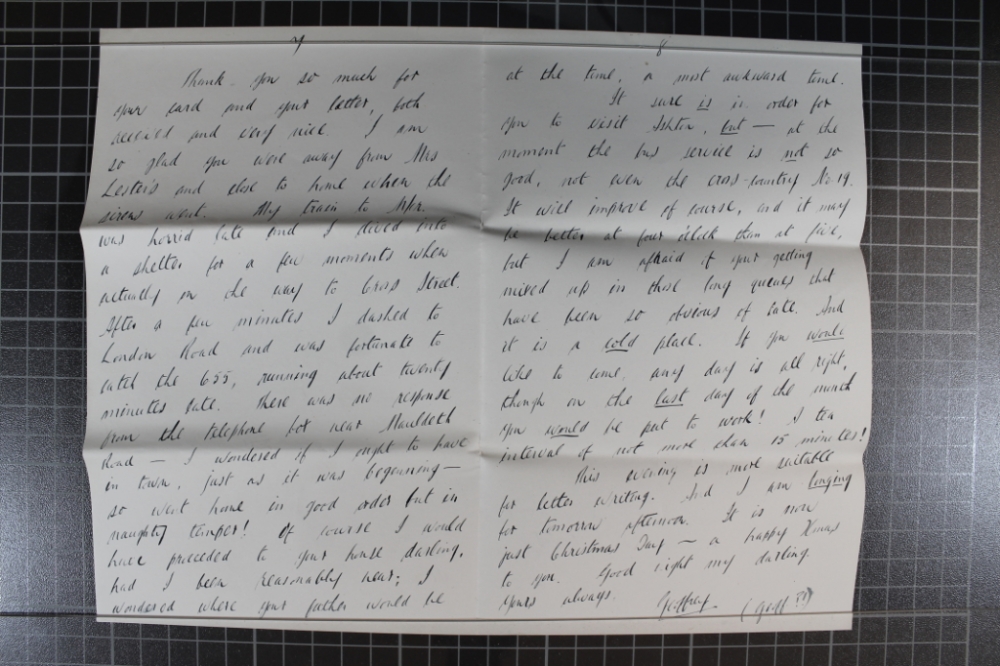 The Blitz letter - written over the days of the 1940 Manchester Blitz - from Griff to Ida. The Manchester Blitz was a heavy bombing of Manchester and other North West areas over the nights of the 22/23 and 23/24 of December 1940. Being in the city centre, the Northern School of Music had all its windows blown out, which Ida promptly arranged to get covered up with the help of some shop workers. More about the Blitz is here [www.iwm.org.uk/hi...]

Griff declares his love and adoration for Ida, even confessing that he looks for her from the choir stage even when he knows he won’t be able to see her.
He admits to having a short nap at work and is grateful for her managing to get word to him that she was safe. The phones are acting strange after the bombing and he wasn’t able to call anyway, as he has been led to believe that “ordinary calls cannot be made during ‘alerts’.” After getting her message however, “I feel a new man – the knowledge that you are all safe, that I shall see you on Weds (and Thurs I hope) and that we ought to have two nice quiet days. I’m sorry about the mess at School, what a holiday for you – by the way, you’ve been jolly smart to obtain the joiner men so quickly.”
The travel agents offices where he works are either burned out or missing windows.
“The journeys to and from home – particularly from – have been Nightmares.” On the Monday night he arrived home “just as the Doings sounded” and saw “one or two distant but sinister flashes” whilst waiting for a tram. He decided not to board it and to get straight home instead of visiting her.
At home, his parents and him dove under the table, “at least useful to prevent a bit of falling wreckage clocking one on the konk,” since waiting by the stairs for the all clear is just too cold.
Coming home from Ashton that night he managed to cross Manchester town centre without incident. He’d waited in a shelter before dashing across to Piccadilly train station to catch a train that had been held up.
He can only look forward to Christmas, now. Ending in the small hours of Wednesday morning, wishing her a Merry Christmas.

Part of the #NSM2020 project "A 20/20 Legacy: the centenary of the Northern School of Music" supported by the National Lottery Heritage Fund.
Artefact added : 23rd March 2021
by rncmarchives