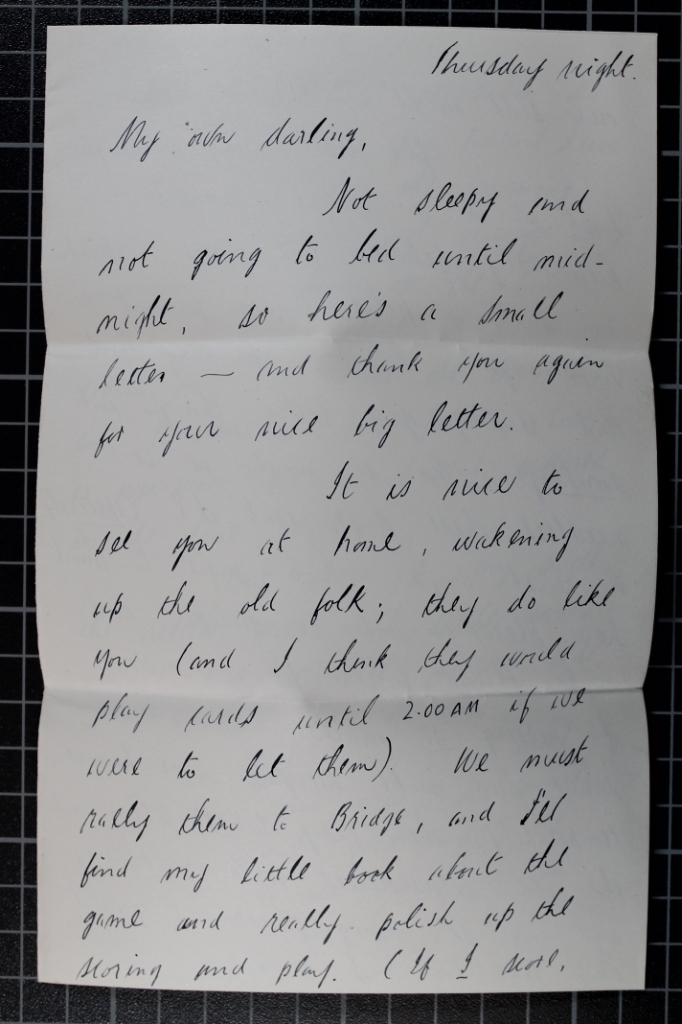 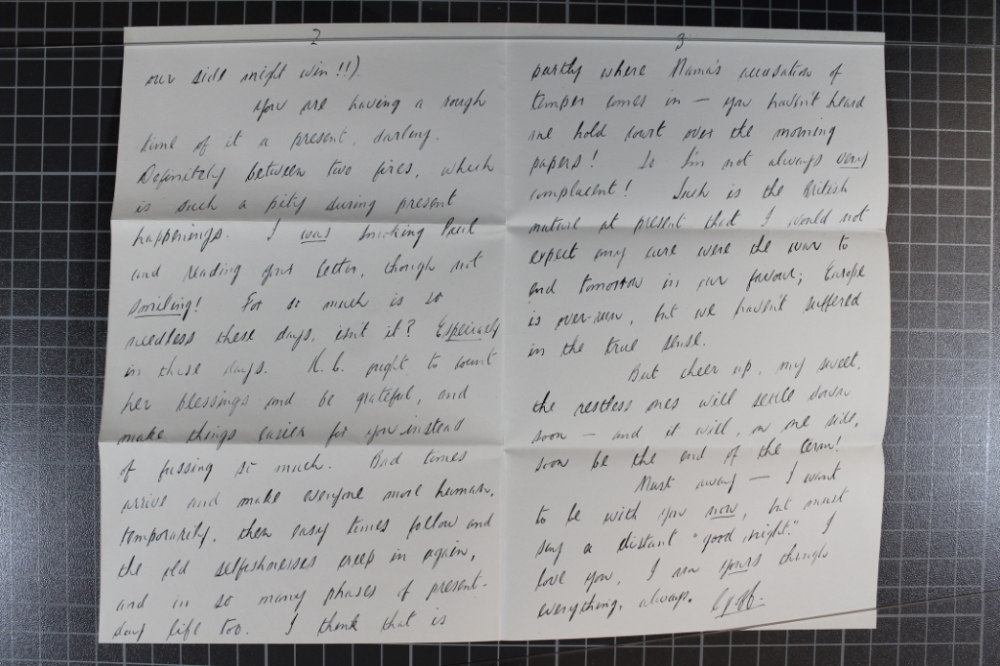 Griff thanks Ida for coming to see him and his parents, he reckons they would even play cards into the wee hours with them if they were allowed. He reckons they could get them included in the Bridge rounds.
He sympathises that she's "having a rough time of it at present, darling. Definitely between two fires, which is such a pity during present happenings."
He thinks Hilda Collens "ought to count her blessings and be grateful and make things easier for you instead of fussing so much." Given the war "bad times arrives and make everyone more human, temporarily then easy times follow and the old selfishness creep in again, and in so many phases of present day life too."
He gets angry with the news, and even if the war was won tomorrow it wouldn't be any help, the world is a mess anyway. But! At least it will be end of term soon for her.

Part of the #NSM2020 project "A 20/20 Legacy: the centenary of the Northern School of Music" supported by the National Lottery Heritage Fund.
Artefact added : 30th March 2021
by rncmarchives