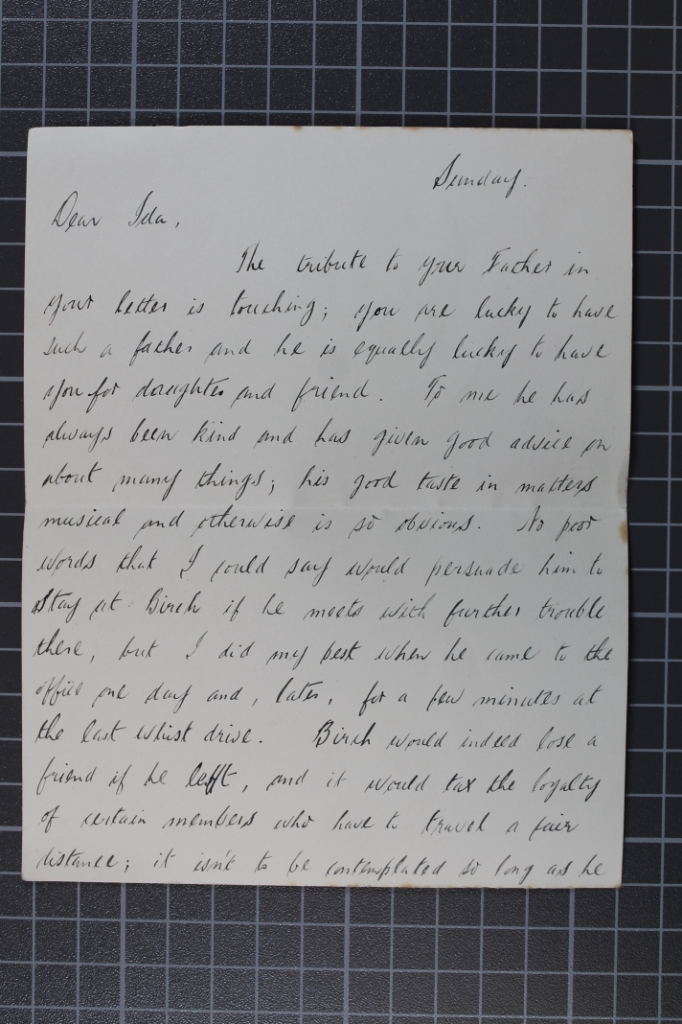 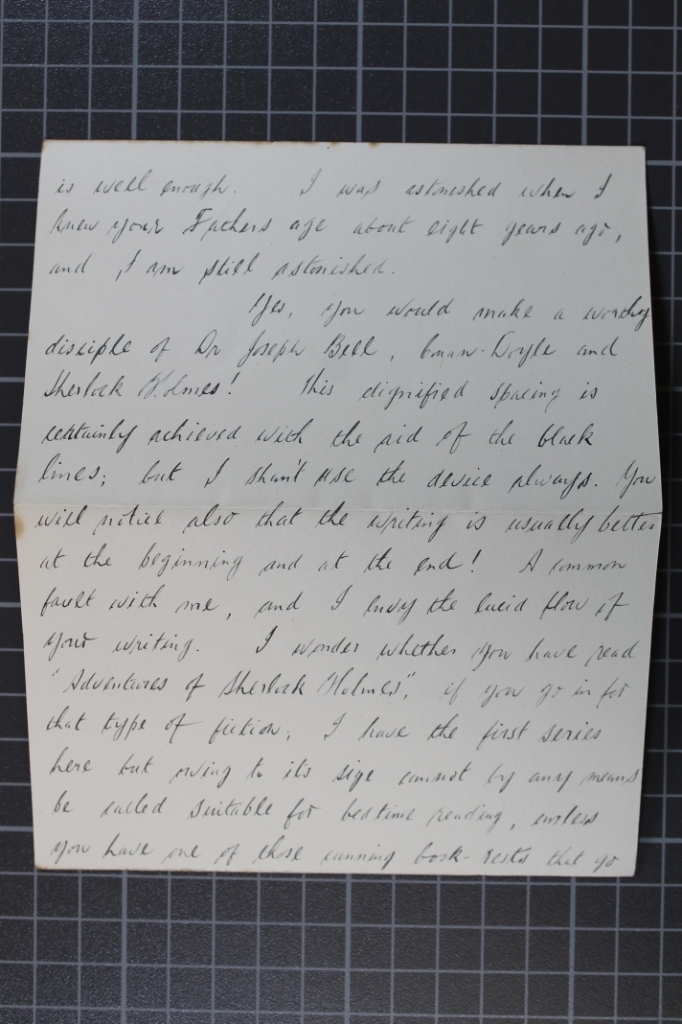 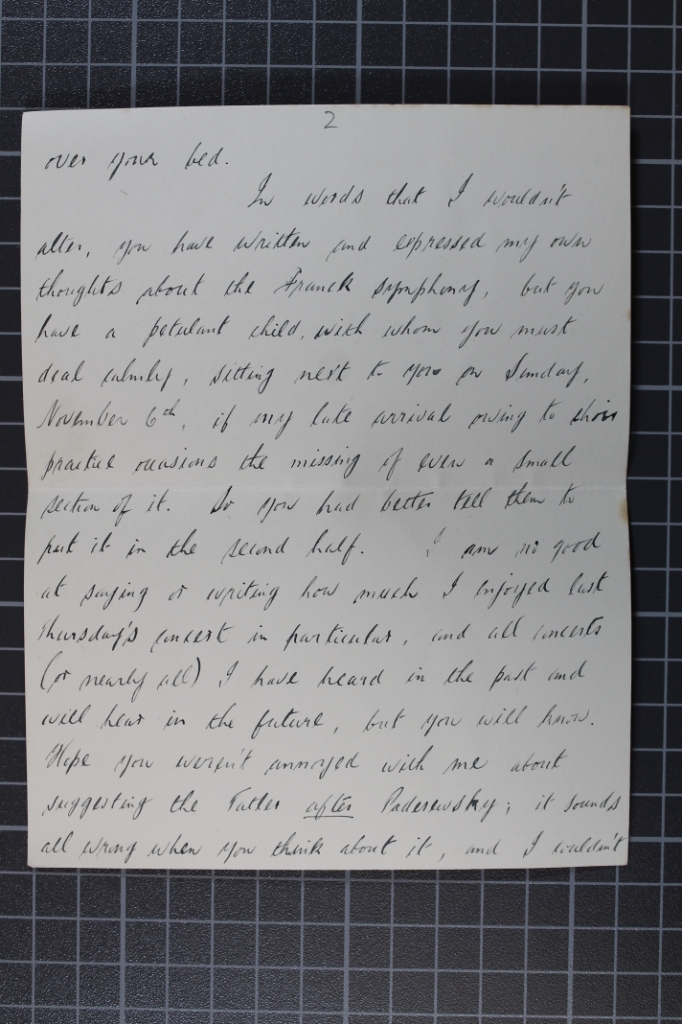 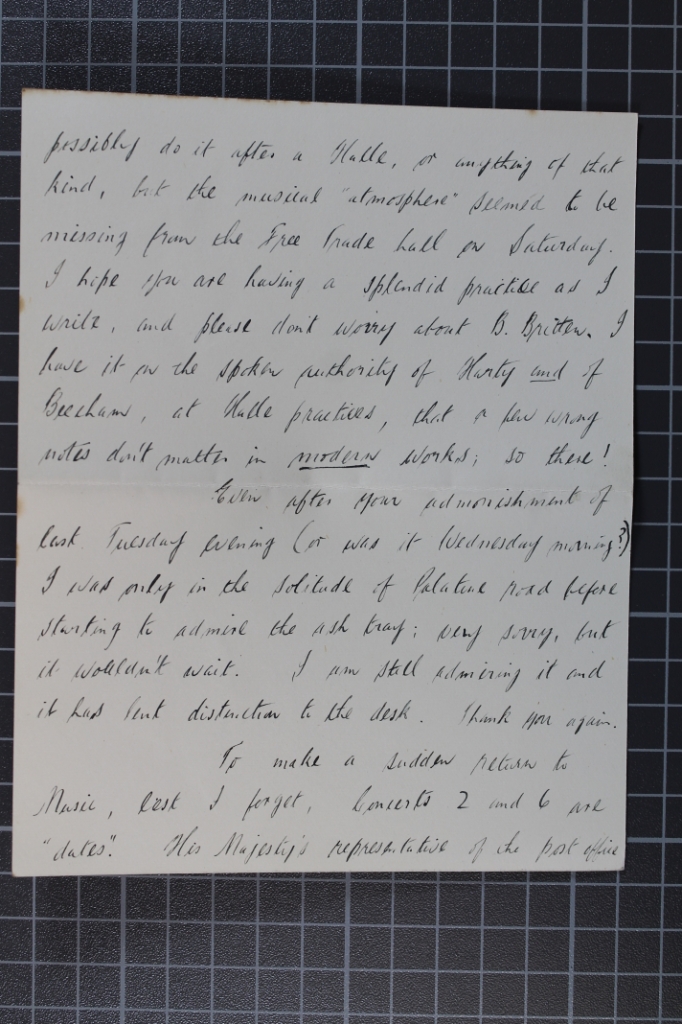 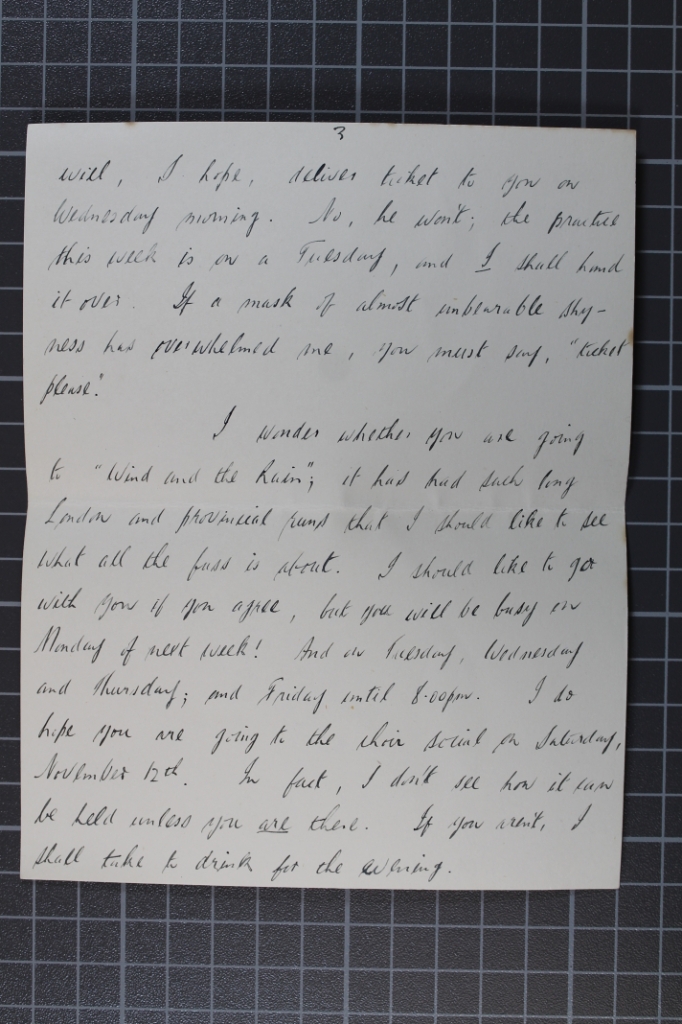 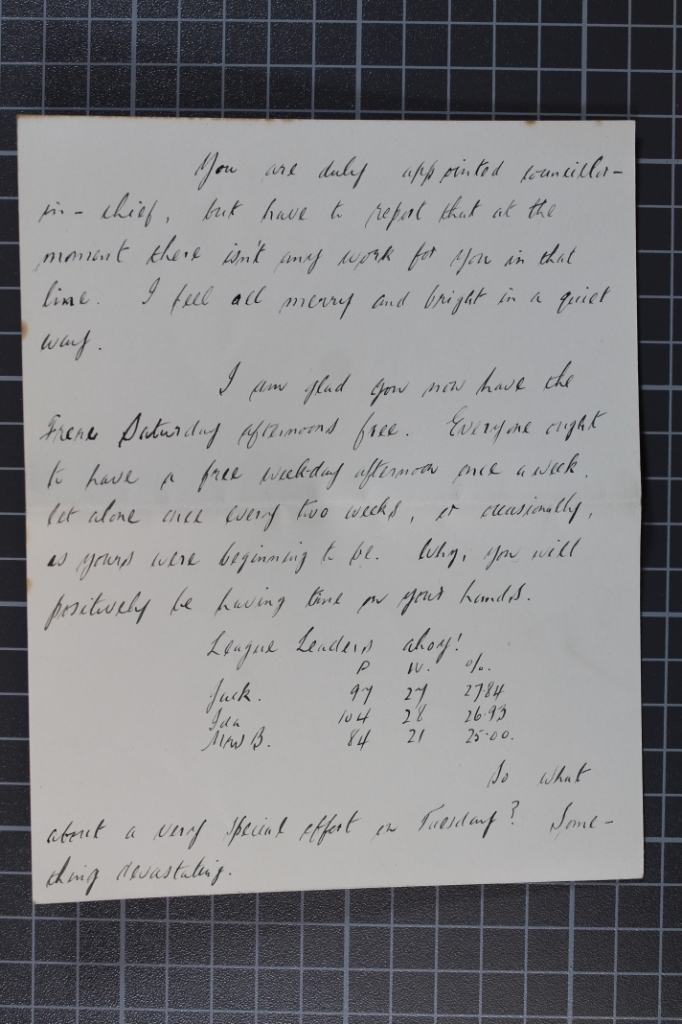 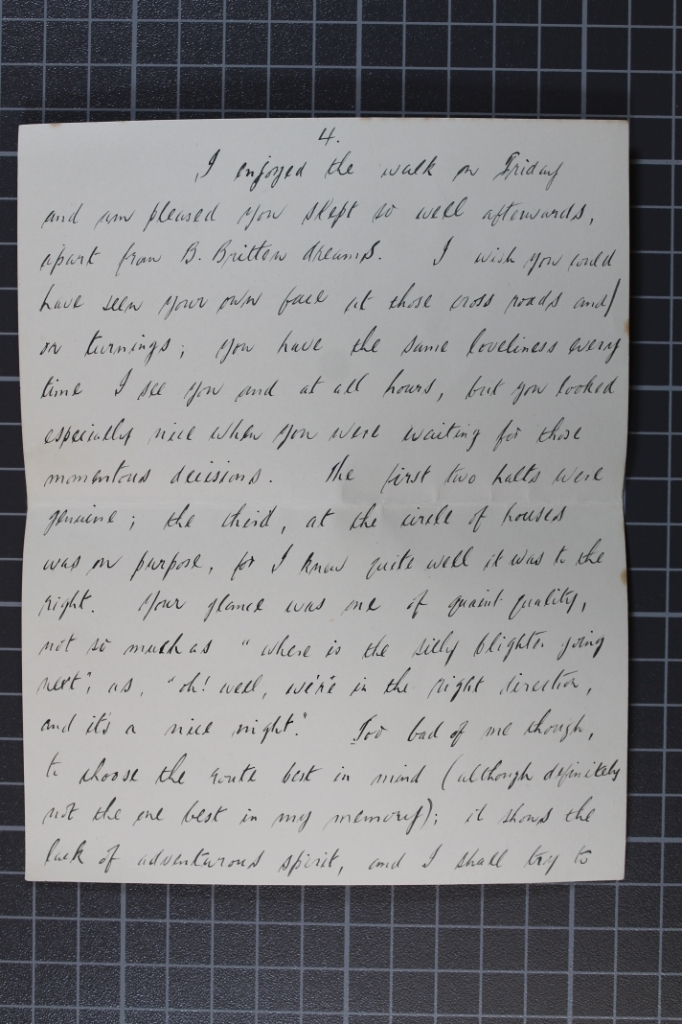 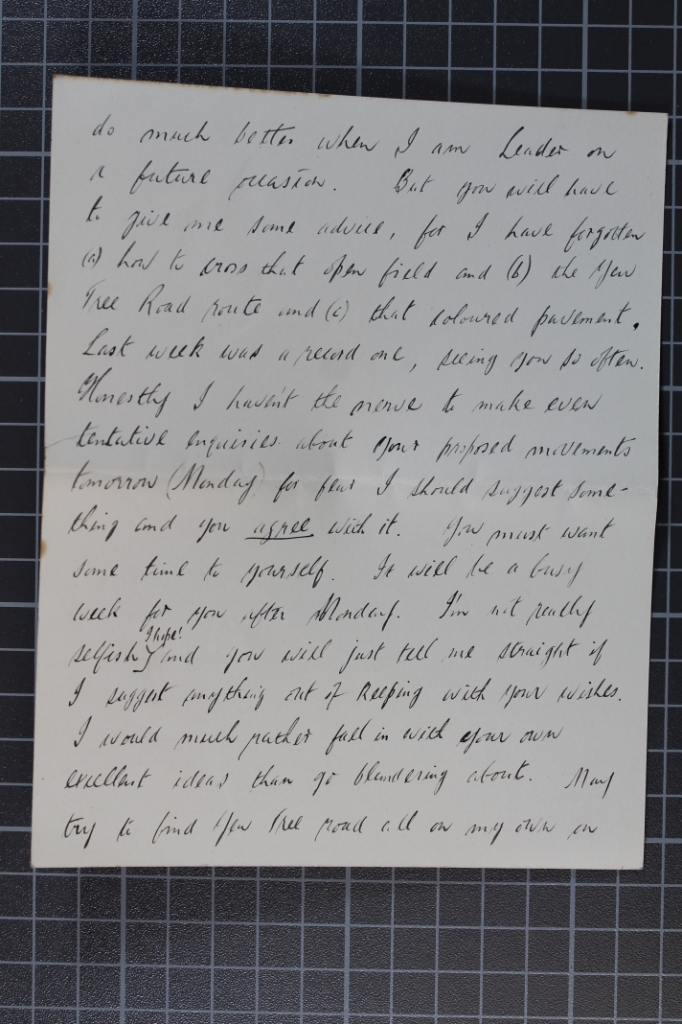 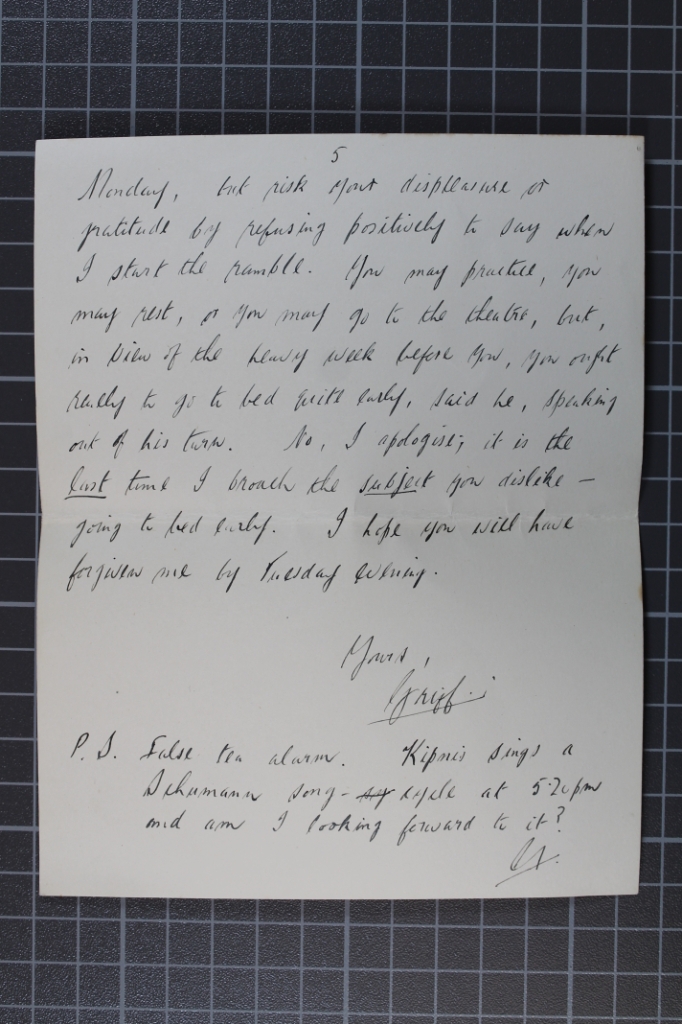 Griff tells Ida that "you are lucky to have such a father and he is equally lucky to have you for a daughter and friend." Griff has felt the benefit of knowing him, "his good taste in matters musical and otherwise is so obvious." Walter is thinking of leaving the choirmaster post at Birch, and his absence would "tax the loyalty of certain members who have to travel a fair distance."
He thinks she'd suit being a student of Conan Doyle and wonders if she has read the Sherlock stories. He hopes to go to see the Franck symphony at the Hallé but may be late due to choir practice. He's proposed to go to the cinema after another concert but would not dream of doing anything such like after the Hallé, but "the musical 'atmosphere' seemed to be missing from the Free Trade Hall on Saturday."
Apparently according to conductors Beecham and Harty, "a few wrong notes doesn't matter in modern works." (Is that... jazz?)
He wonders is she'll go to the cinema and hopes she will attend the choir social, "in fact, I don't see how it can be held unless you are there."
She's no longer top of the Rummy League table, "so what about a very special effort on Tuesday? Something devastating?" He admits to purposefully pausing at one cross roads on their journey out together just because he likes the way she looks at him when she does. He hopes to head out with her soon.