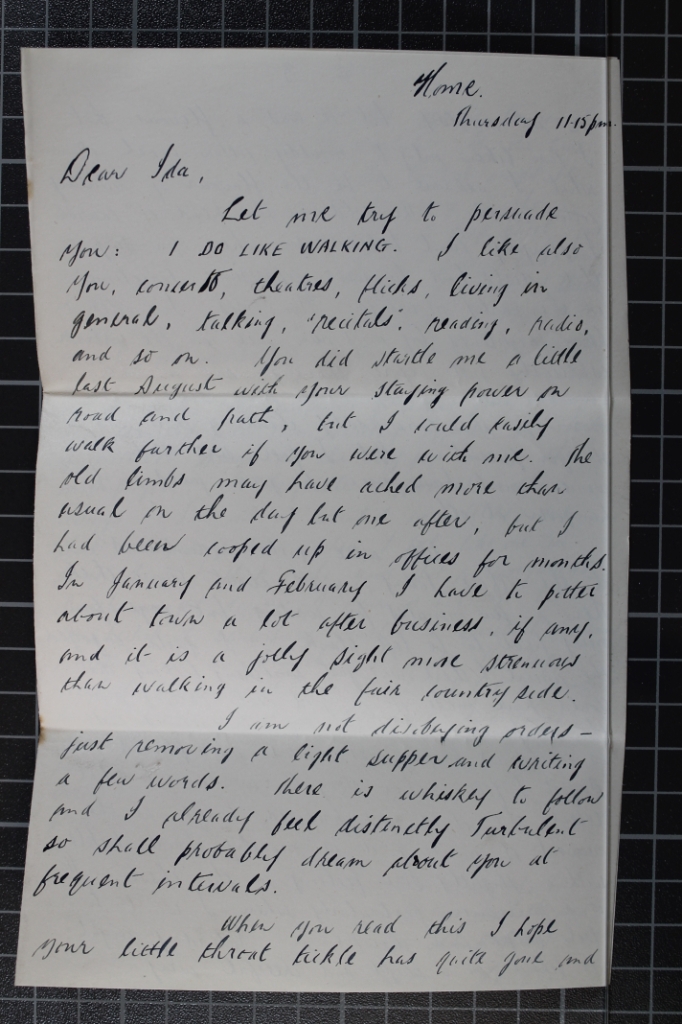 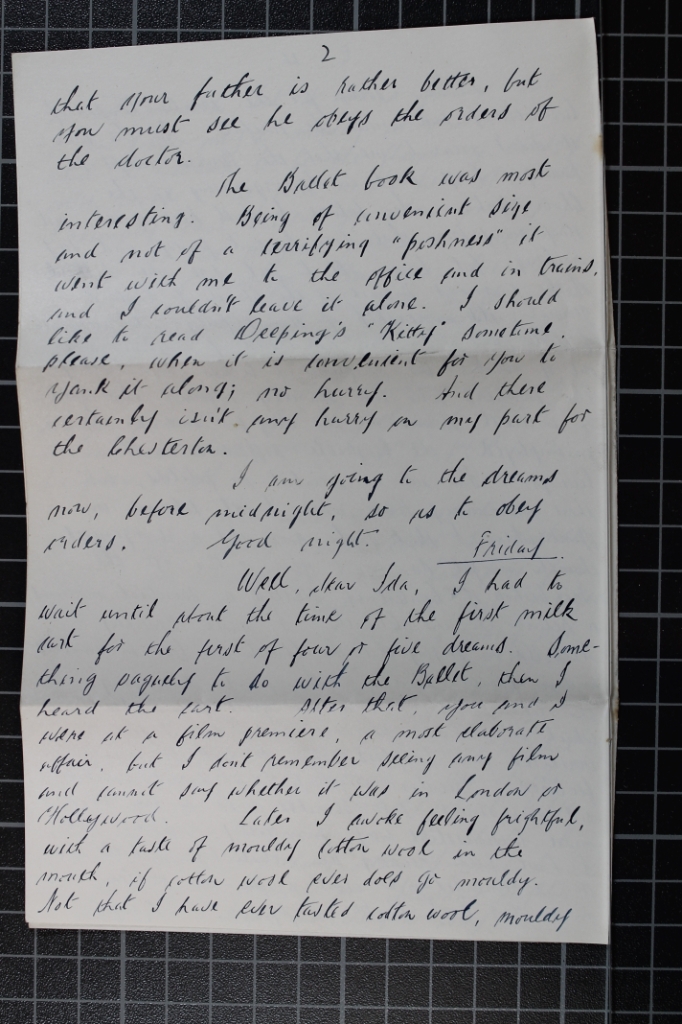 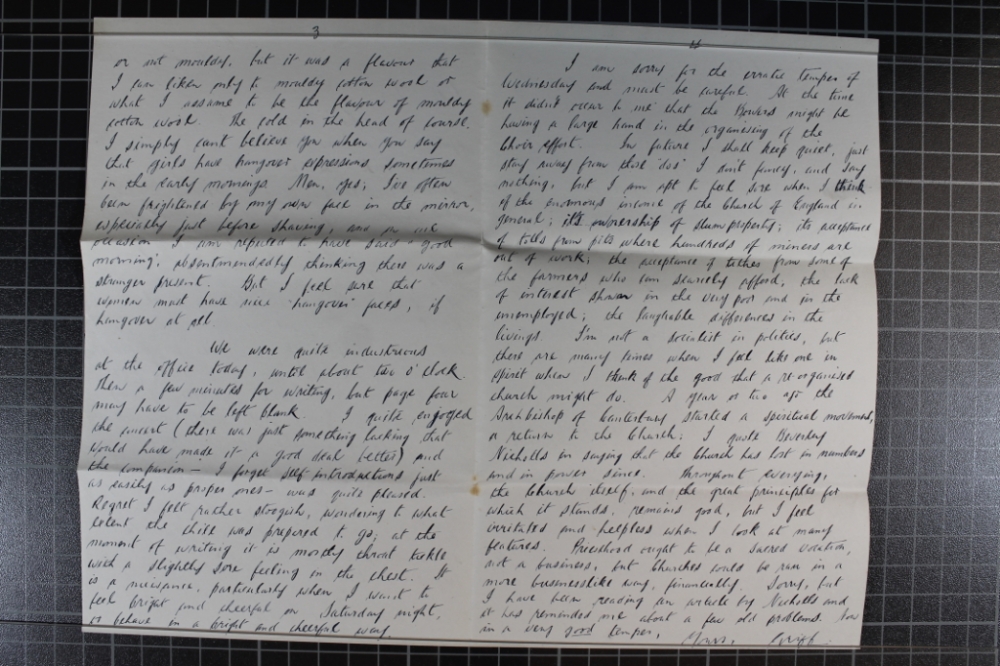 Griff likes walking, concerts, theatre, cinema, "living in general", talking, recitals, radio etc. Many interests that he knows Ida shares.
He's been enjoying a book about ballet, reading it at the office and on the train. He dreamt about going to a film premiere with her. He "simply can't believe you when you say that girls have hangover expressions sometimes in the early morning." But certainly he knows its true of men as "I've often been frightened by my own face in the mirror," and supposedly even said good morning "absentmindedly thinking there was a stranger present."
He thinks he shall keep his opinions on choir "dos" to himself to avoid putting his foot in it, "but I am apt to feel sore when I think of the enormous income if the Church of England in general; its ownership of slum property; its acceptance of tolls from pits where hundreds of miners are out of work; the acceptance of titles from some of the farmers who can scarcely afford; the lack of interest shown in the very poor and in the unemployed; the laughable differences in livings." He may be a socialist in spirit "when I think of the good that a re-organised church might do."