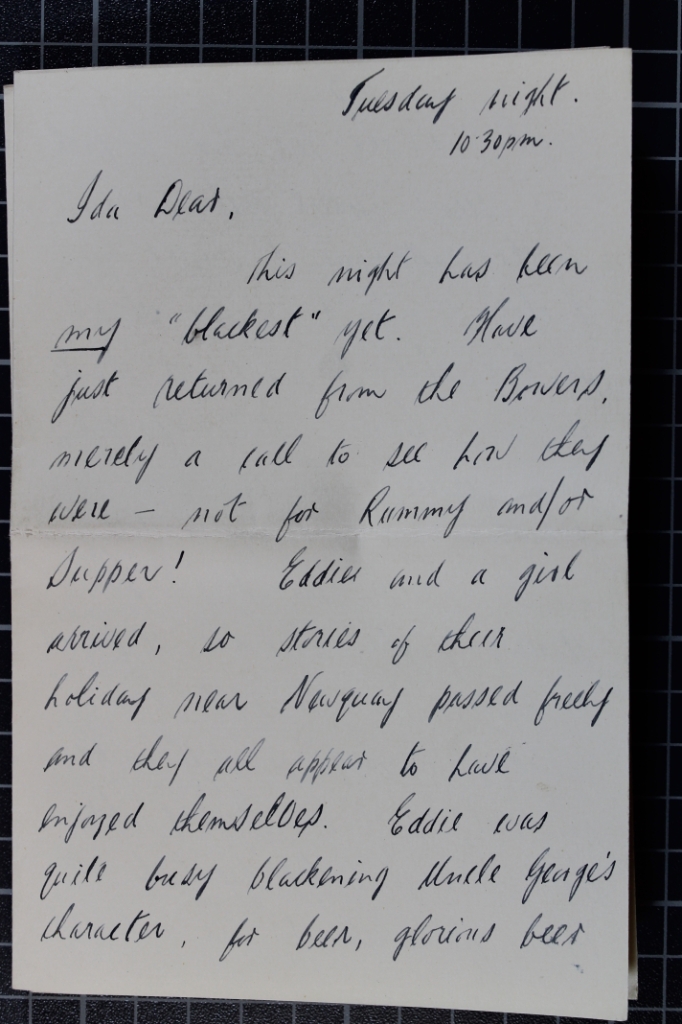 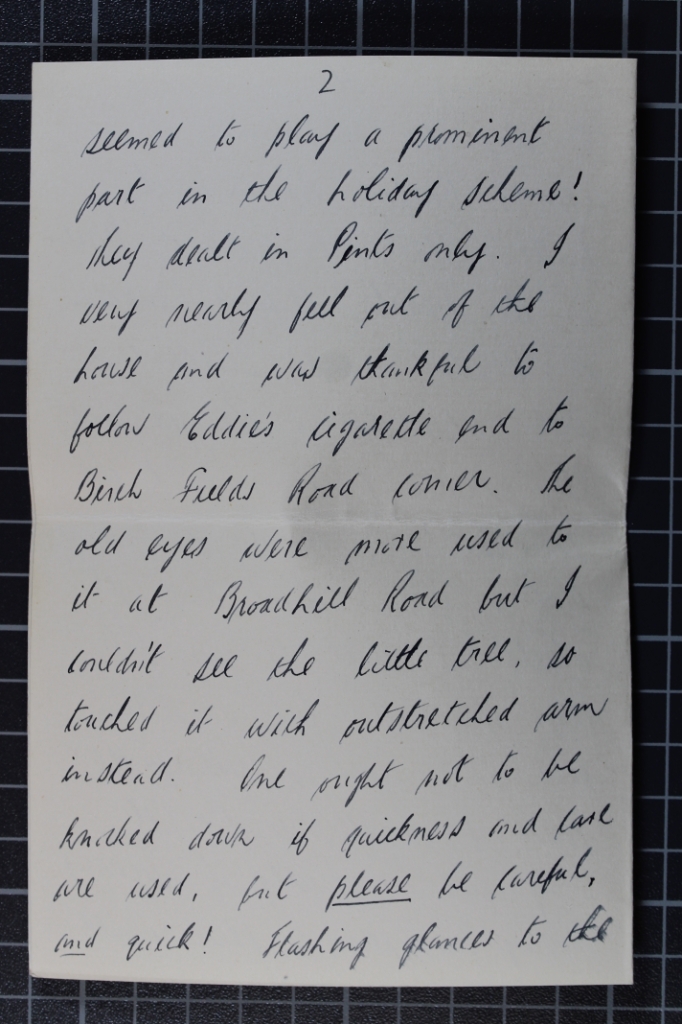 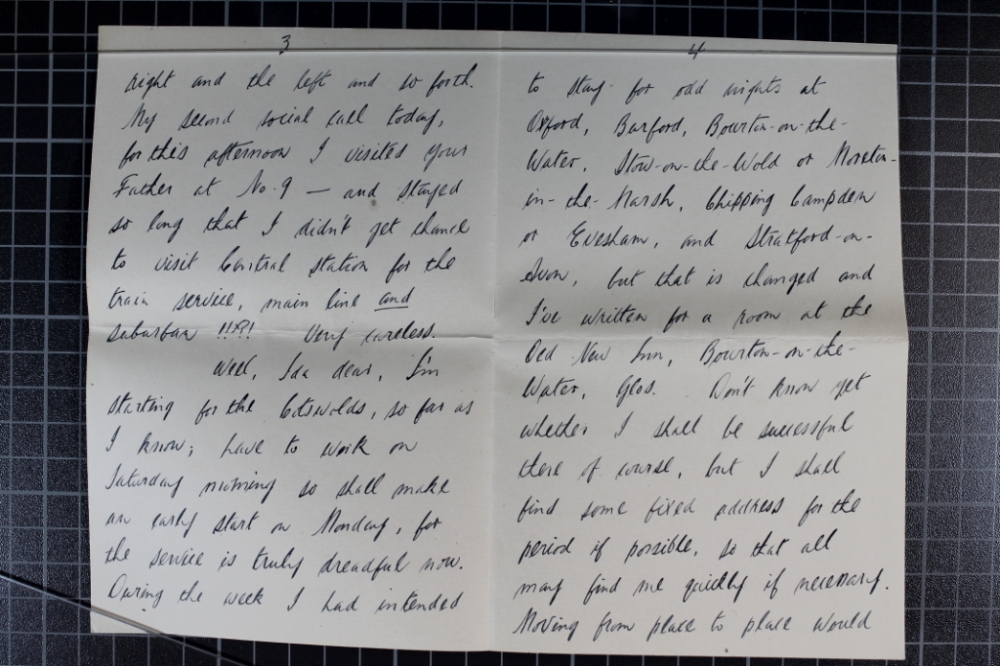 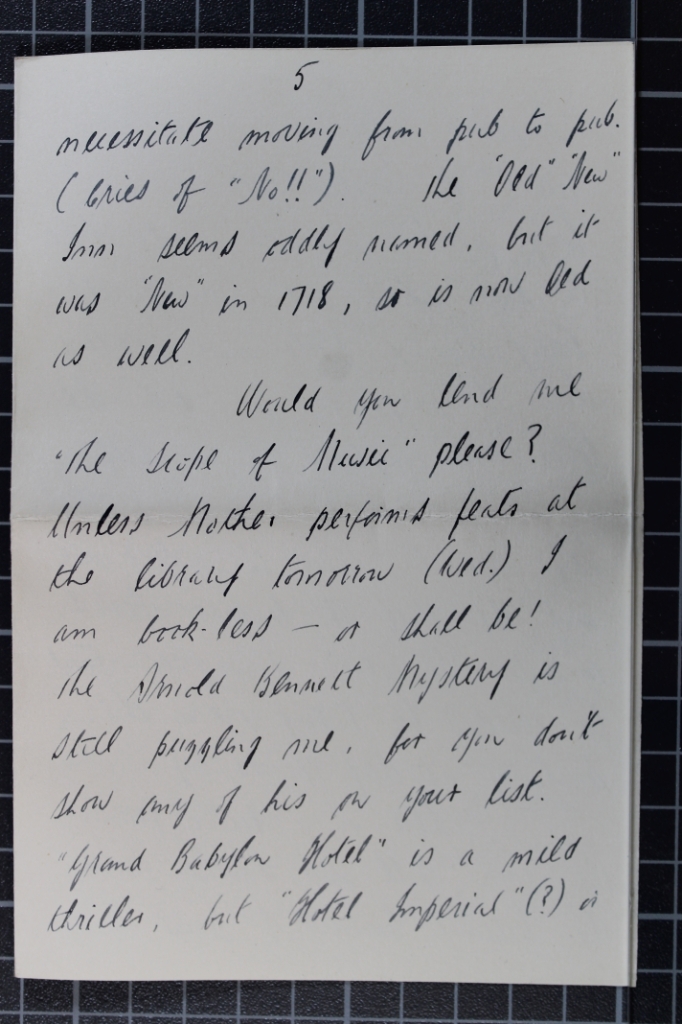 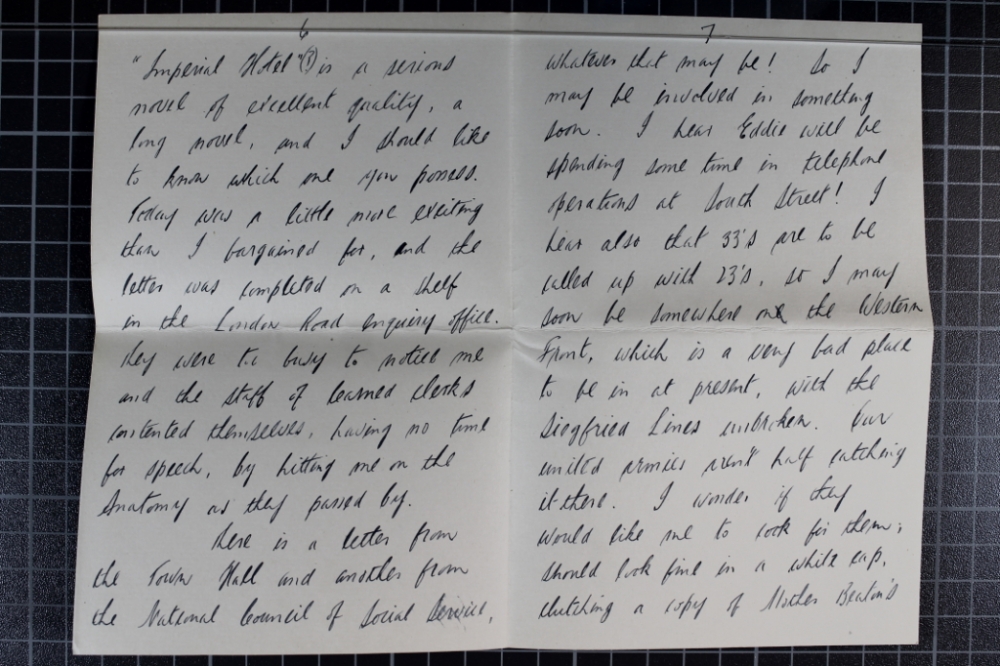 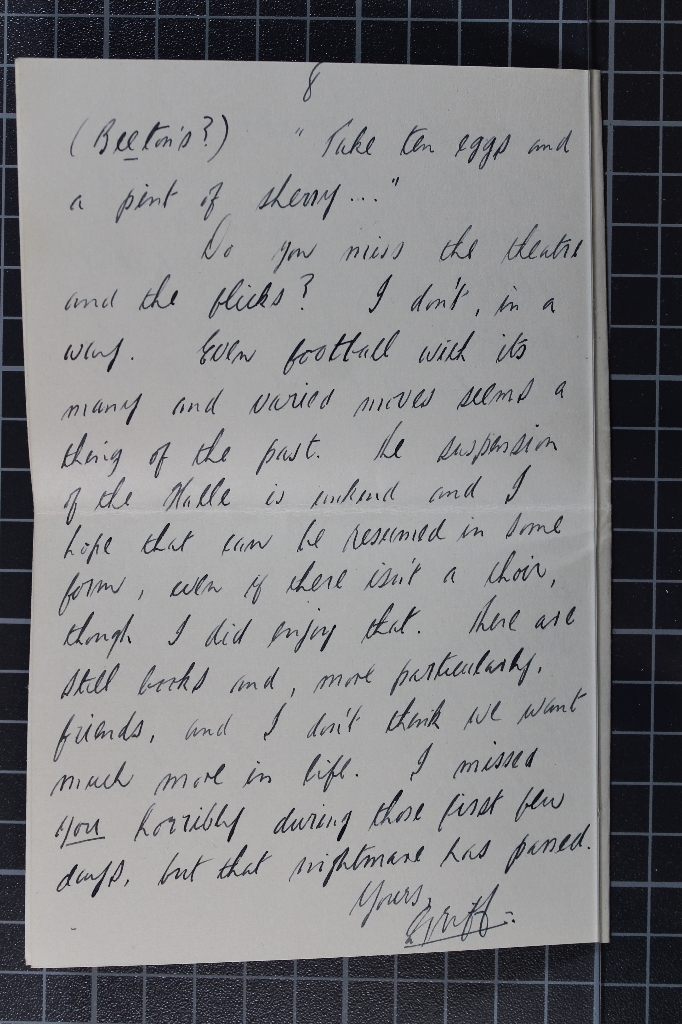 Griff writes to Ida that he's been catching up with his friends, including visiting her dad Walter. He stayed so long that he'd missed his train. He's going on holiday but no idea where he's planning on staying. He thinks the Old New Inn in Burton-on-Water which "seems oddly named but it was 'New' in 1718, so is now 'Old' as well."
After chatting books, he chats war. There's a letter from the Town Hall and "another from the National Council of Social Service, whatever that may be! So I may be involved in something soon." He's worried he may end up on the Western Front, "which is a very bad place to be in at present, with the Siegfried Lines unbroken. Our united armies aren't half catching it there."
He doesn't ruin the cinema or the football, "with its many and varied moves seems a thing of the past. The suspension of the Hallé in unkind and I hope that can be resumed in some form, even if there isn't a choir though I did enjoy that." He has books and friends, and needs nothing more.

Part of the #NSM2020 project "A 20/20 Legacy: the centenary of the Northern School of Music" supported by the National Lottery Heritage Fund.
Artefact added : 26th April 2021
by rncmarchives