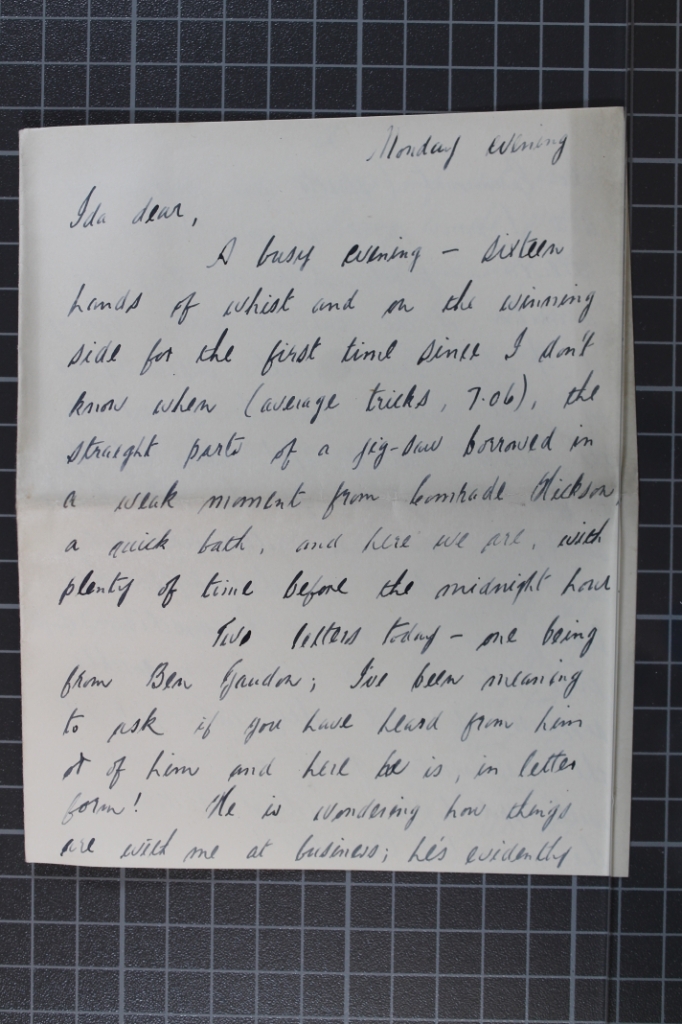 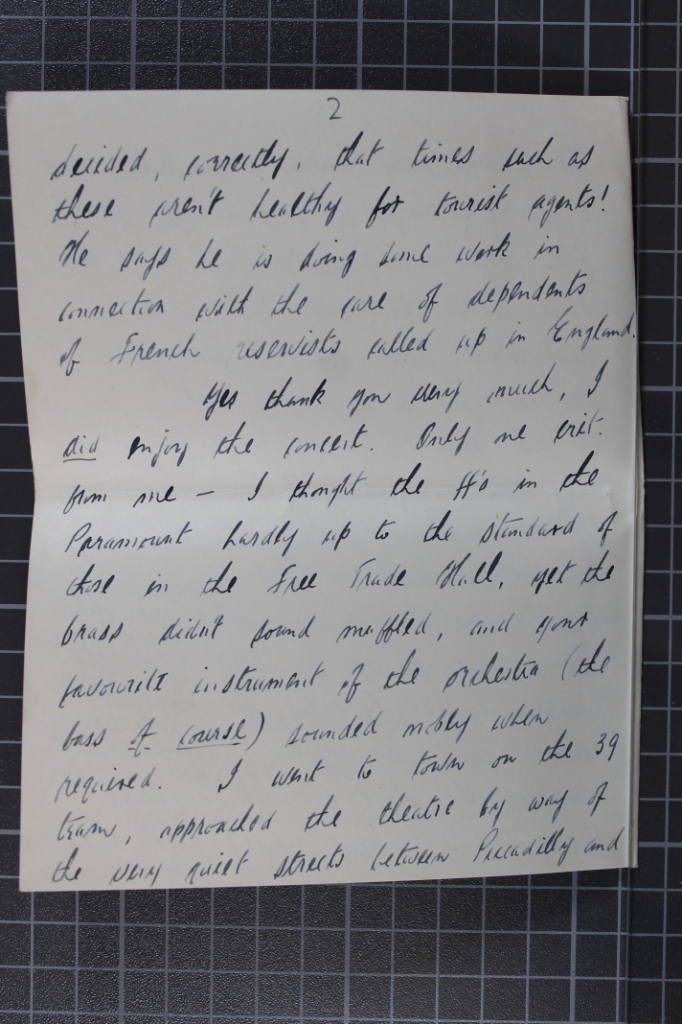 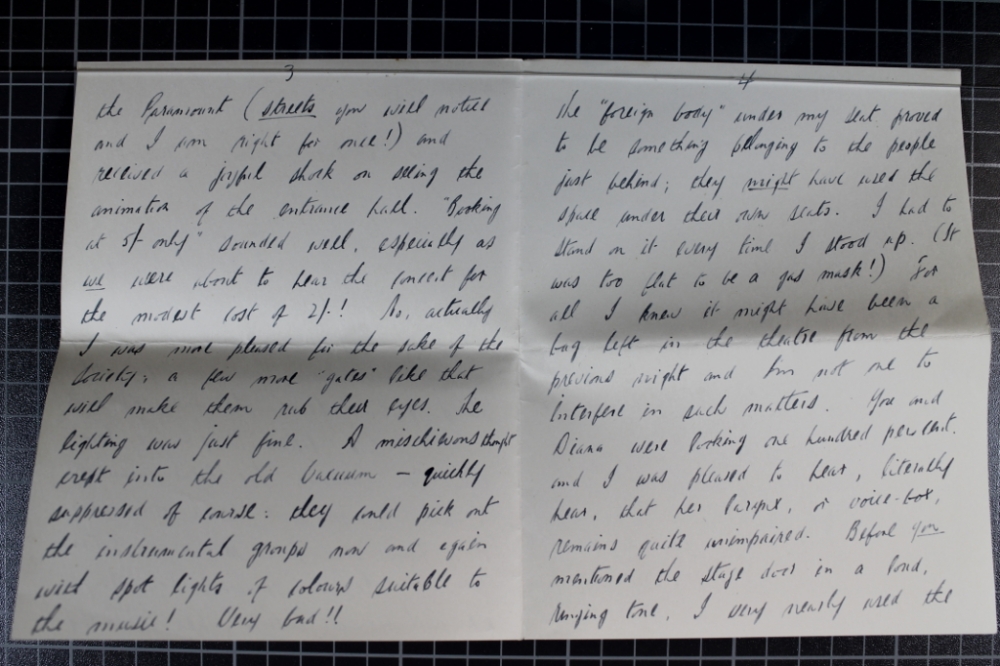 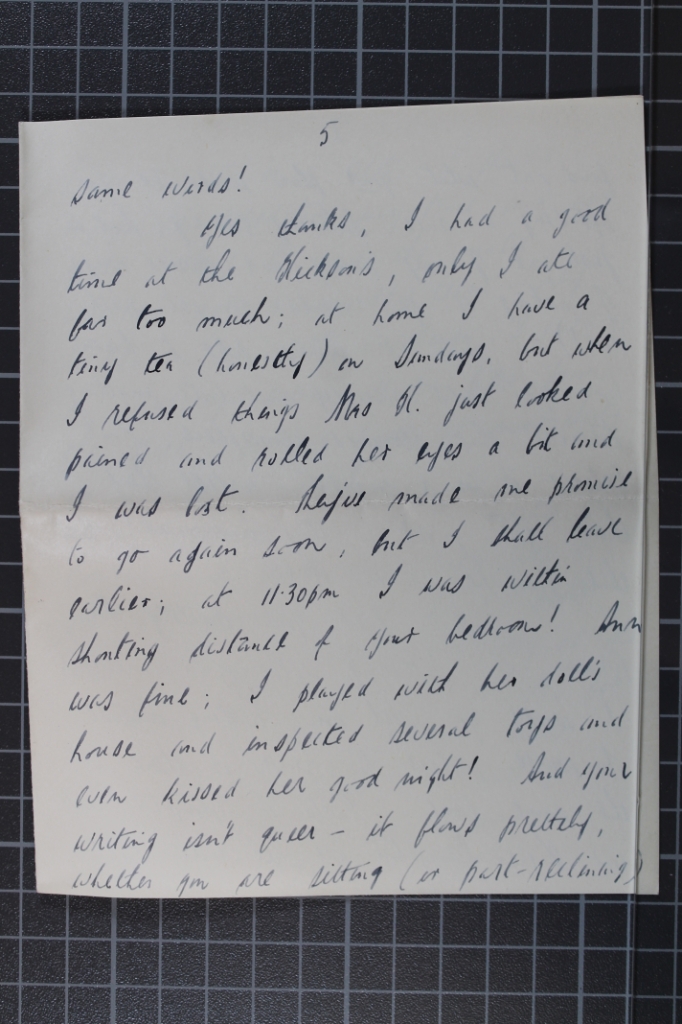 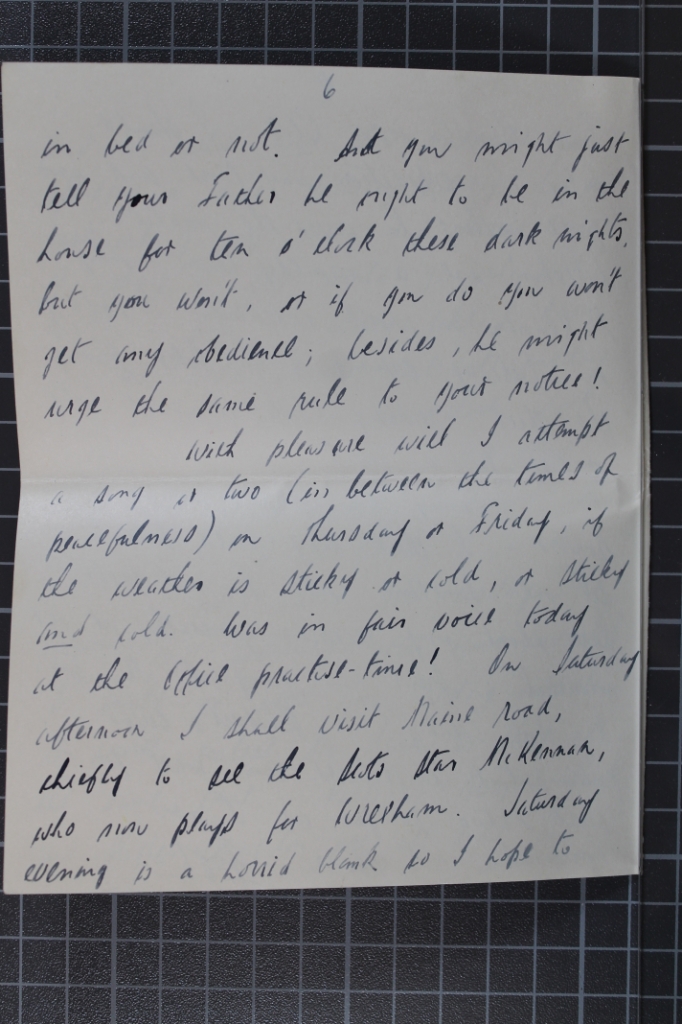 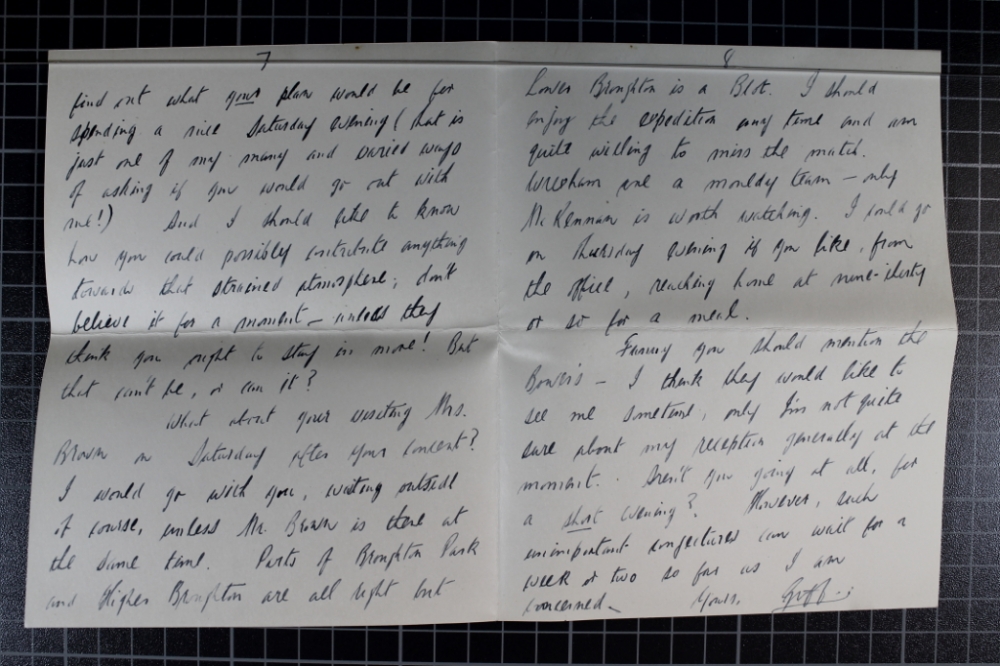 Griff tells Ida he's played whist, conquered the edges of a jigsaw and still has time to write a letter to her.
Re the war, a friend is "doing some work in connection with the care of dependents of French reserves called up in England."
He enjoyed the concert they attended (but not together I think?). He reckons the fortissimo (the very loud bits) at the Paramount theatre "hardly stand up to the standard of those in the Free Trade Hall". The brass wasn't muffled though, and Ida's favourite instrument the double bass was quite good.
There was a leftover bad under his seat the whole time though and he kept standing on it. While it was too flat for a gas mask, he thinks it was left from an earlier concert goer. (The whole building would have been evacuated today but he just kept kicking it aside.)
He's visited friends and promises to practice his singing voice at work when it's quiet. He wonders if she will go on a date with him on Saturday.

Part of the #NSM2020 project "A 20/20 Legacy: the centenary of the Northern School of Music" supported by the National Lottery Heritage Fund.
Artefact added : 26th April 2021
by rncmarchives