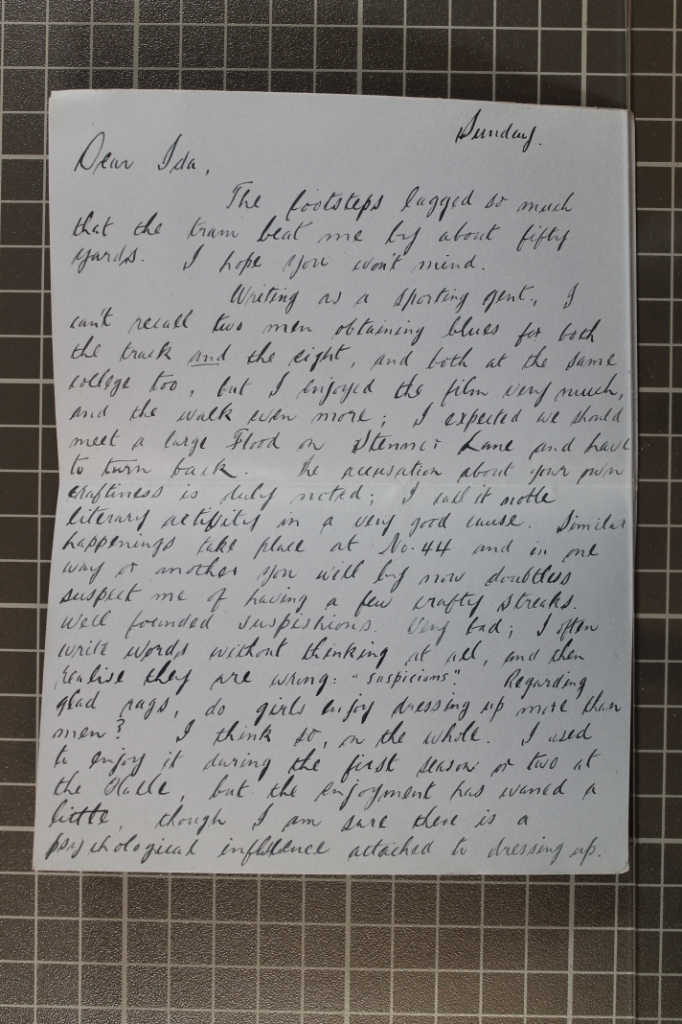 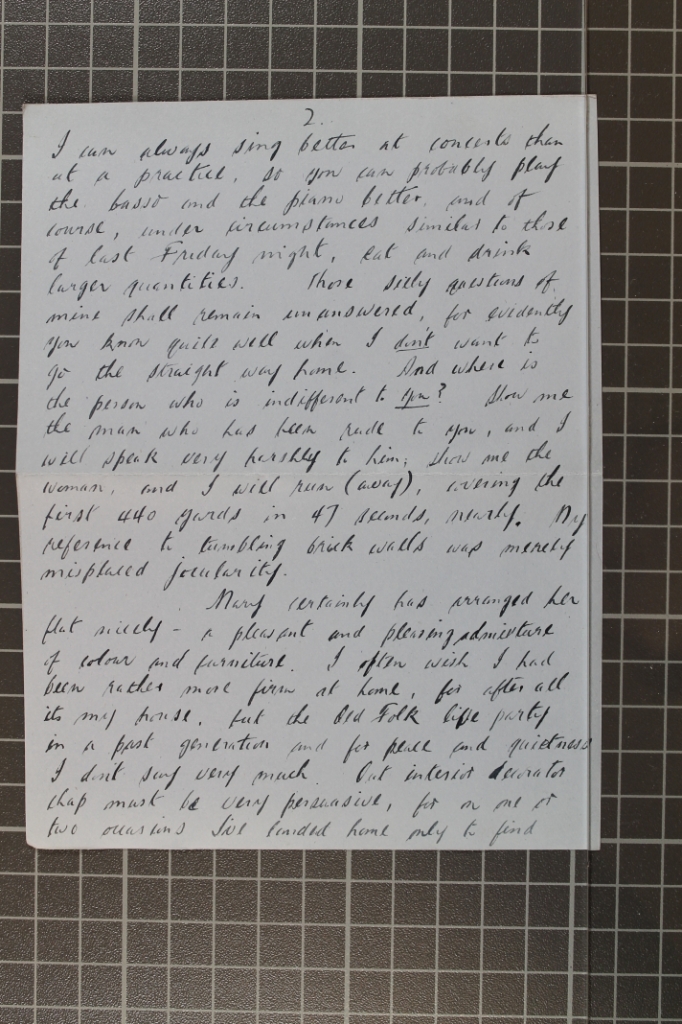 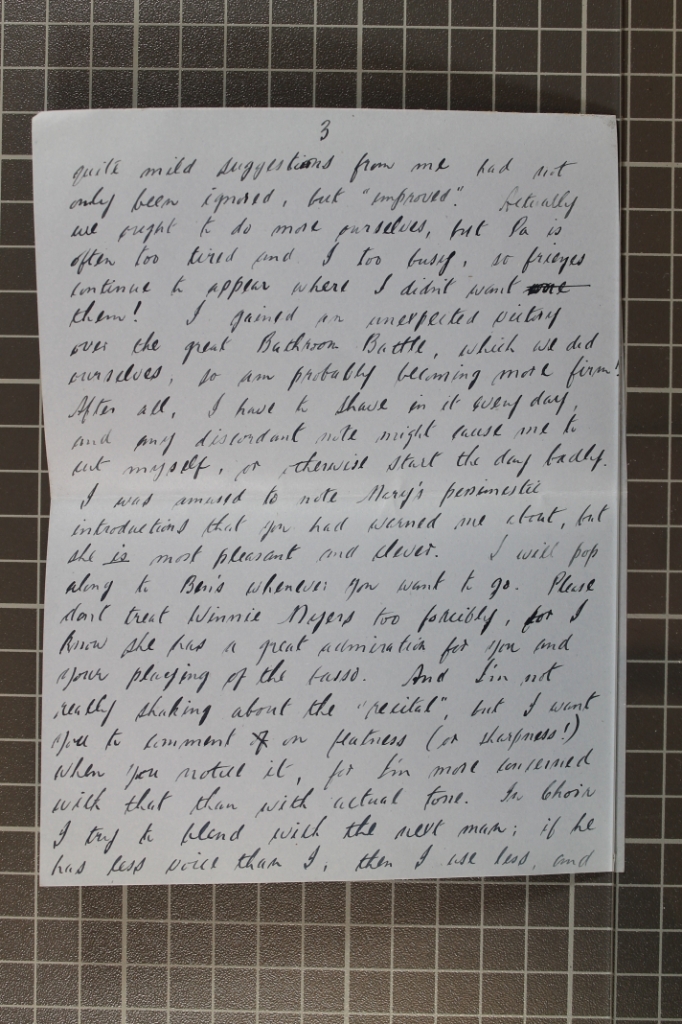 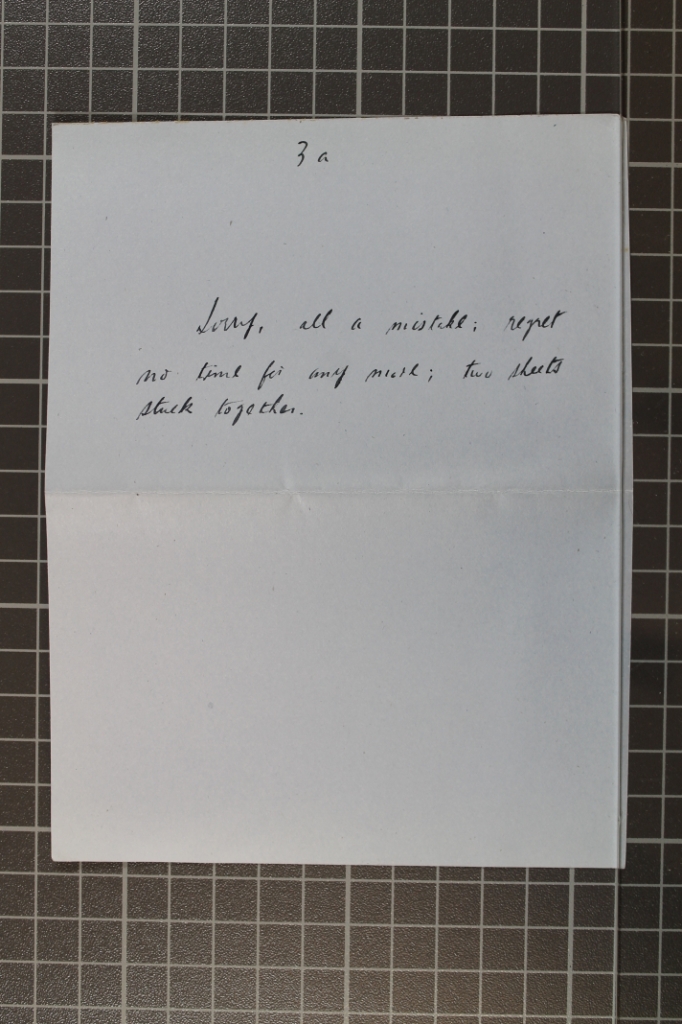 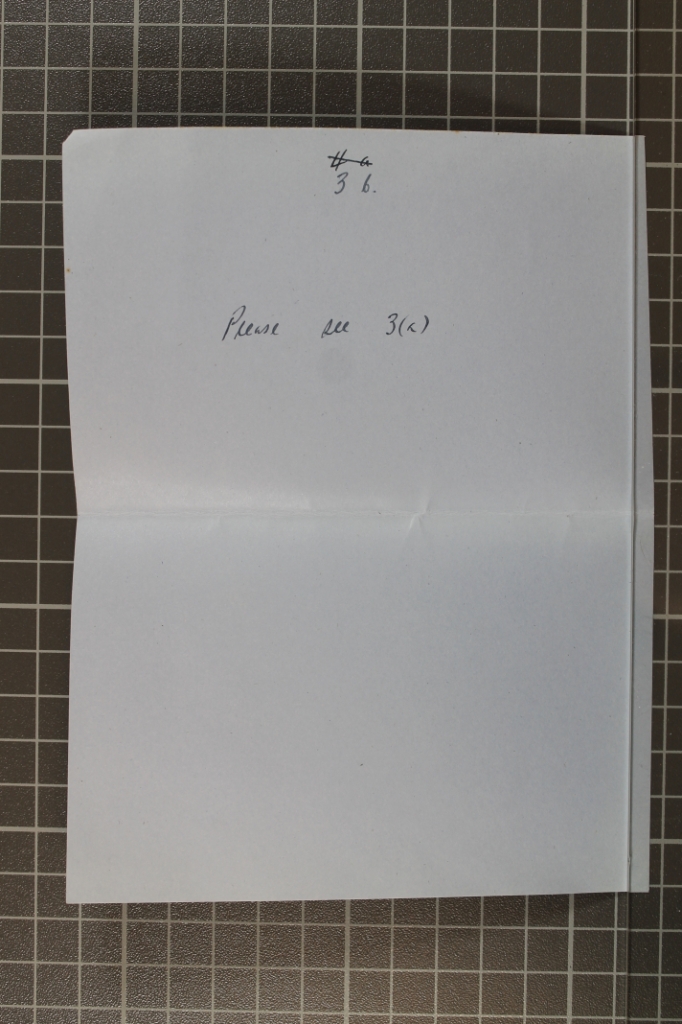 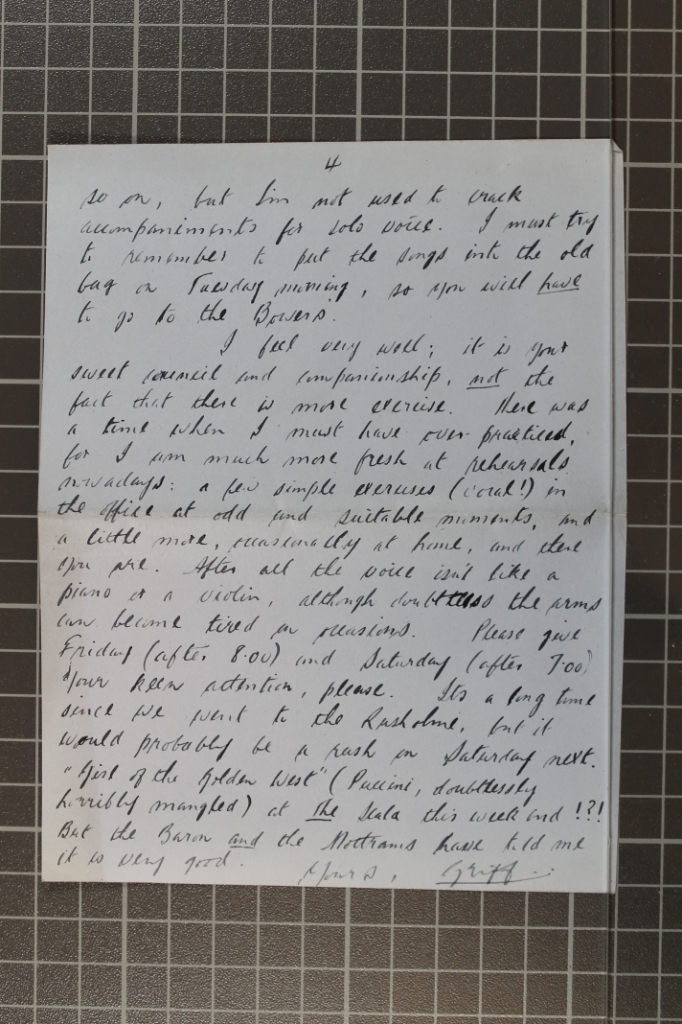 In this letter to Ida, Griff tells Ida he'd missed the tram by just a few seconds. He admits he used to enjoy dressing up for the Hallé but that the pleasure's waned recently. He thinks there's a psychological influence in dressing up, "I can always sing better at concerts than at practice".
He tells her that "show me the man who had been rude to you, and I will speak very harshly to him; show me the woman and I will run (away), covering the first 440 yards in 47 seconds, nearly."
He's got decorators in, although all his suggestions have been ignored. He thinks they could do things themselves but his dad's too tired and he's too busy.
He talks about playing music, singing, "in choir I try to blend with the next man, if has less voice than I, then I use less, and so on, but I am not used to crack accompaniments for solo voice."
He's still practicing in the travel office, but fears he's over-practiced.