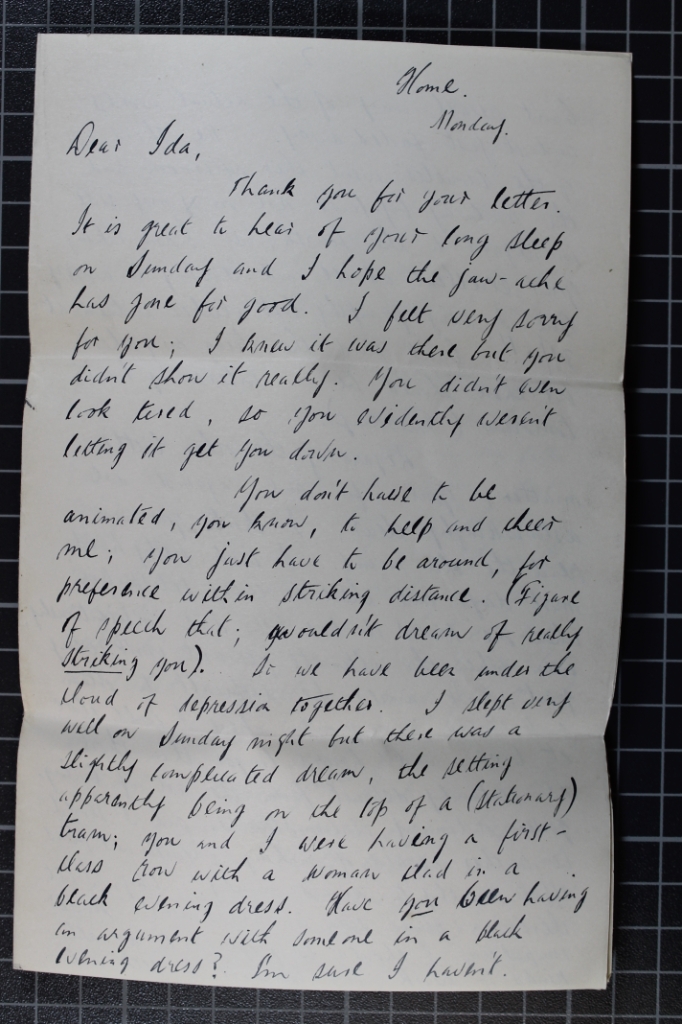 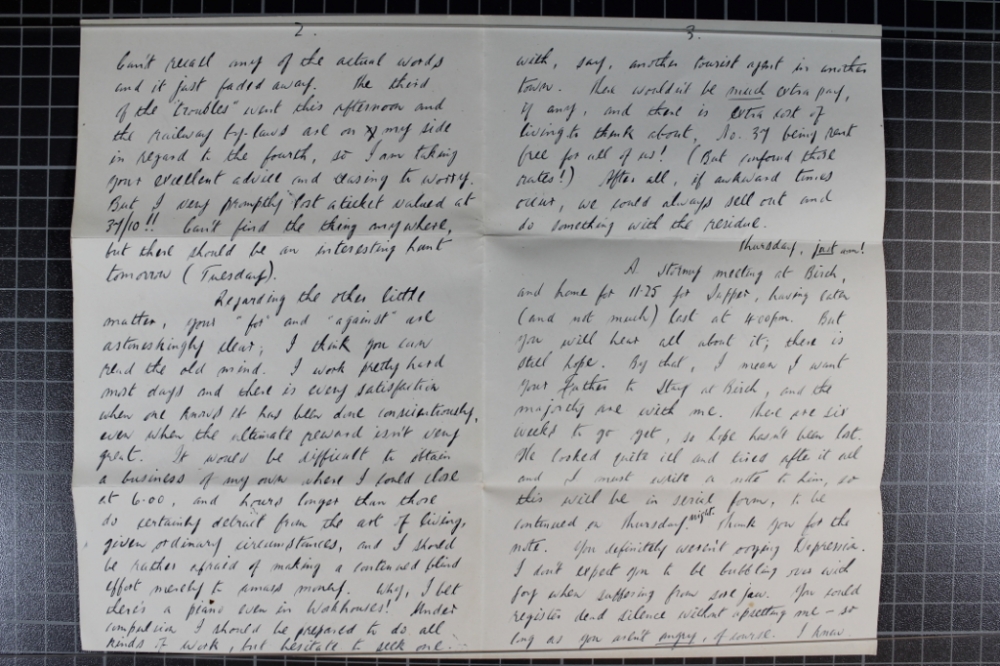 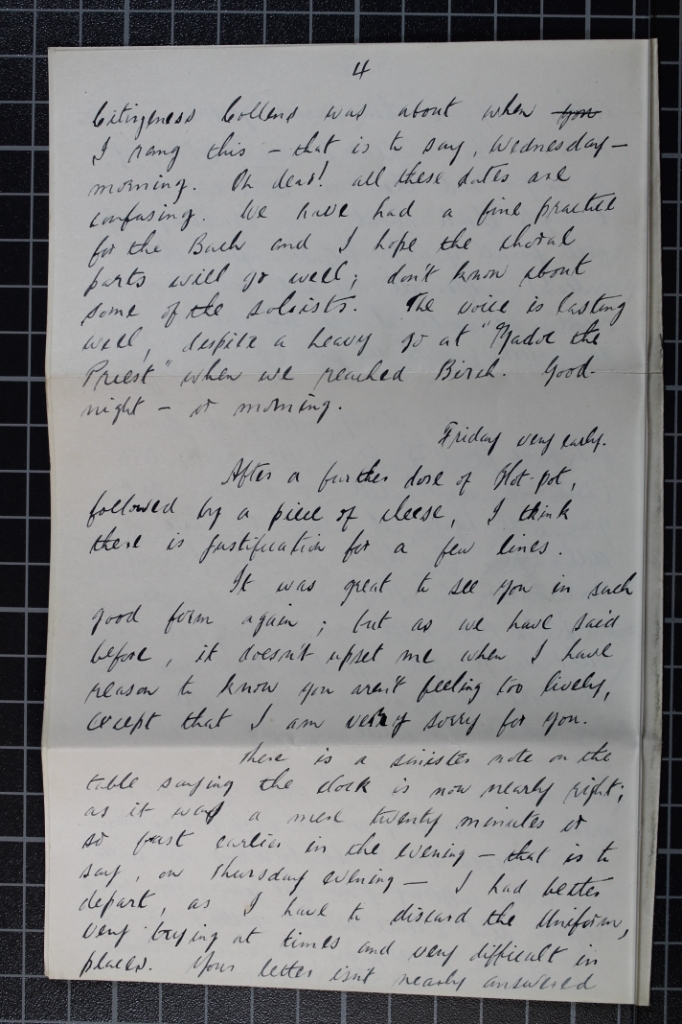 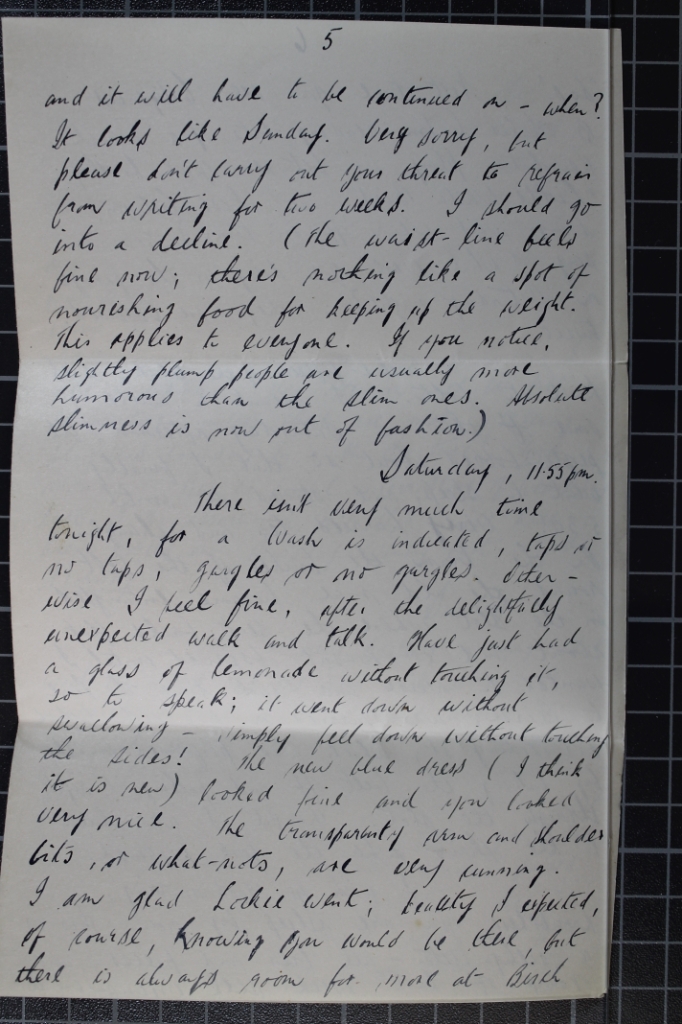 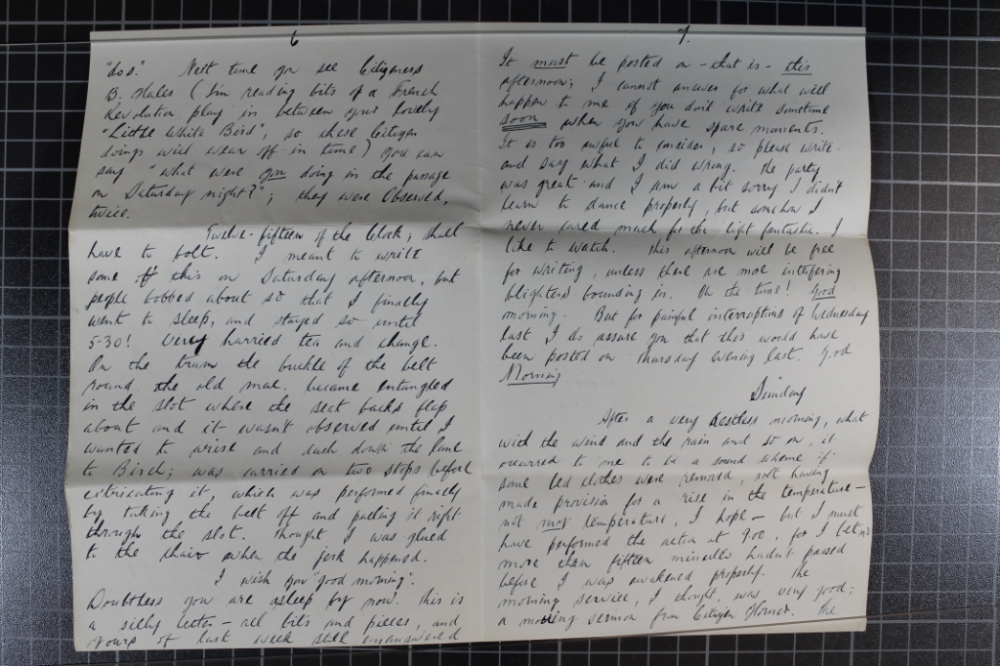 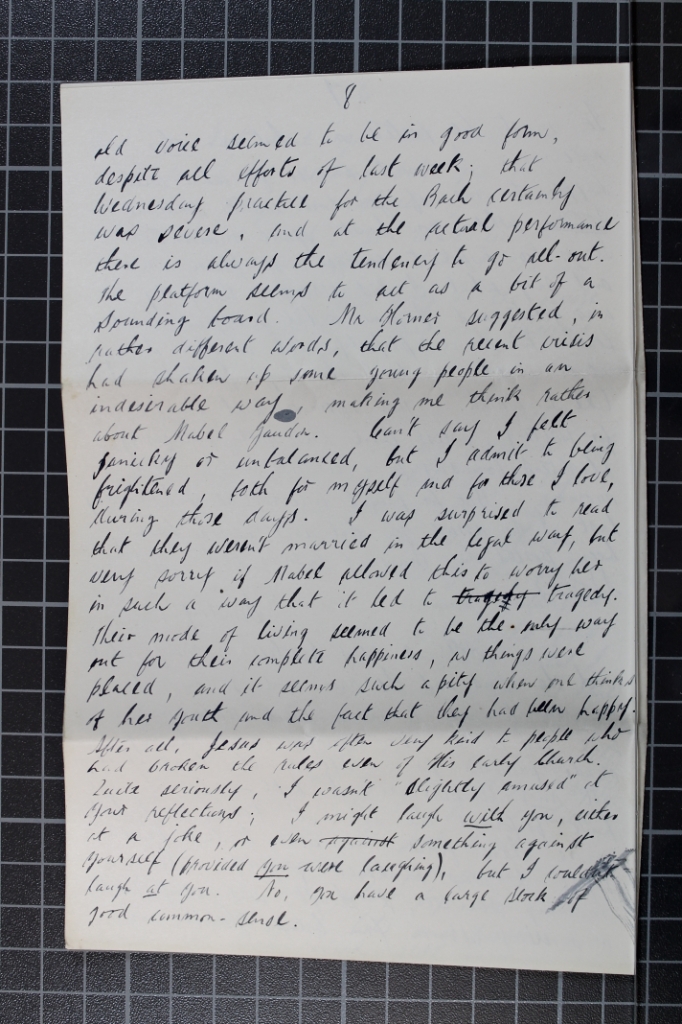 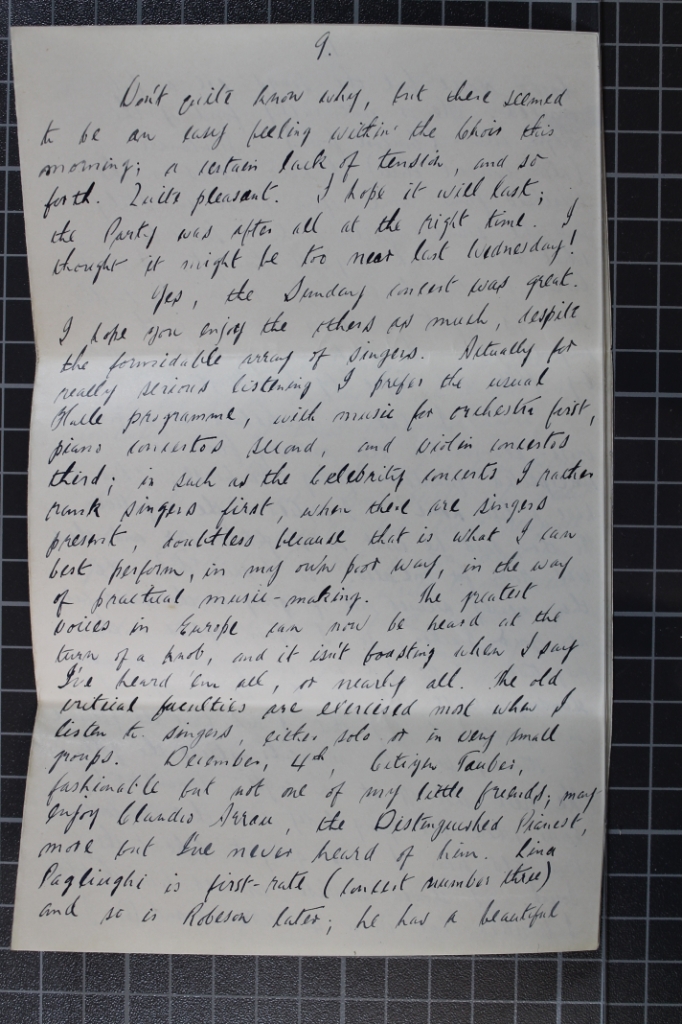 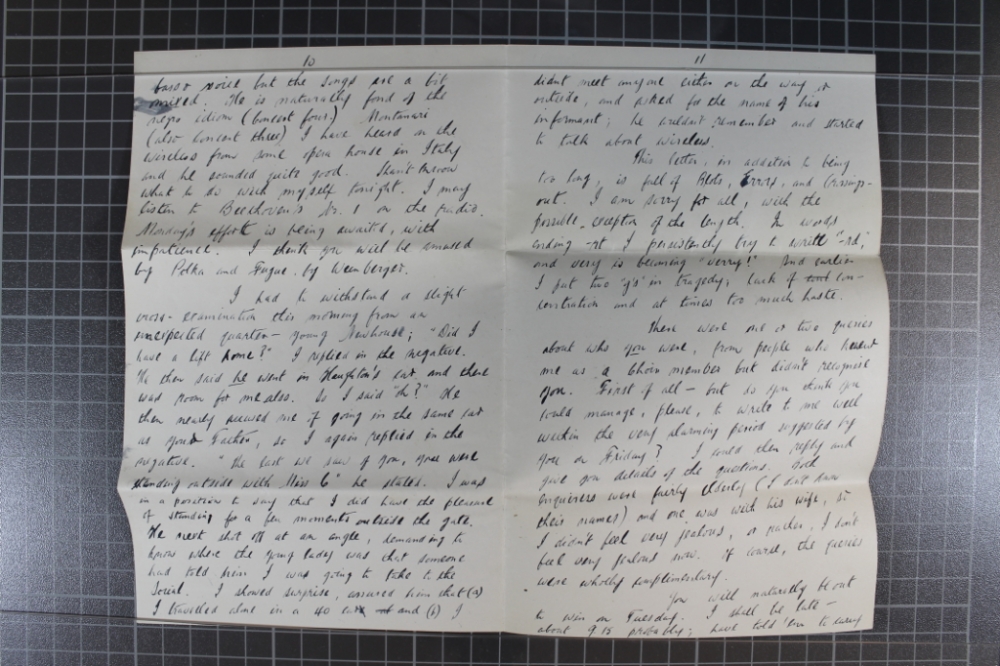 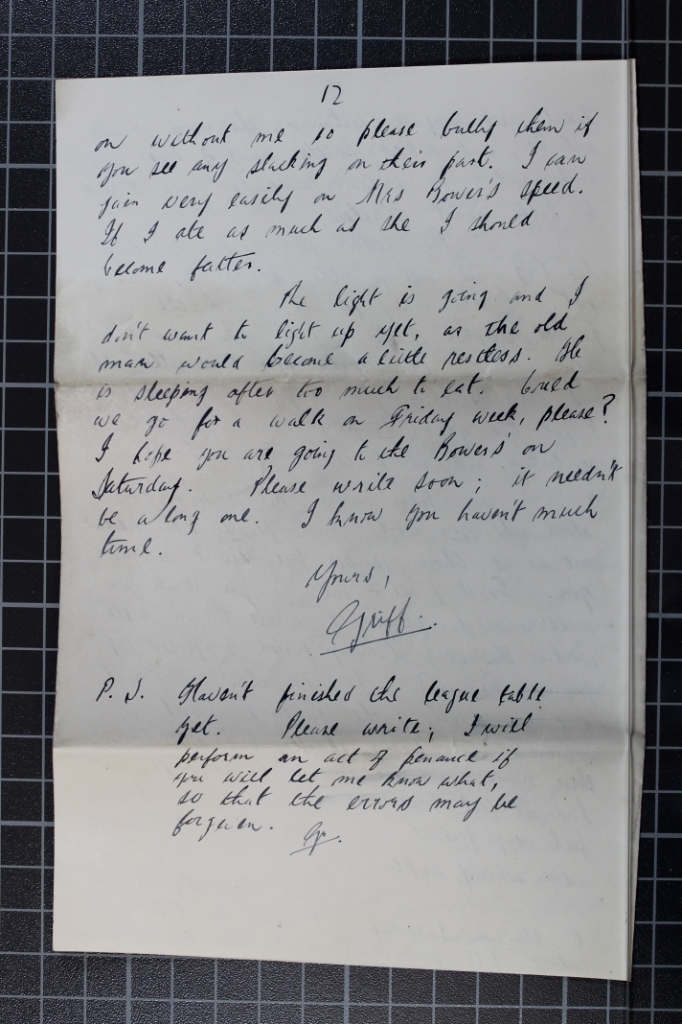 Griff commiserates that Ida's had some jaw ache and hopes it clears soon. He assures her that she doesn't have to put on an animated cheery front for him, especially when they both feel a bit down.
Re work, "I bet there's a piano in Workhouses" but would think twice about working for another tourist agency. But he knows he can sell his house if needed.
He wants her father Walter to stay on at Birch, as most of the choir do.
He compliments her on her new dress. He likes to watch people dance but isn't much of a mover himself.
His voice is hanging in there despite the fact that "Wednesday's practice for the Bach certainly was severe, and at the actual performance there is always the tendency to go all-out."
She's some news of an acquaintances who, turns out, weren't married. Apparently Jesus will forgive them - well then that's nice of him isn't it.
He has a preference for "the usual Hallé programme" but marvels that "the greatest voices in Europe can now be heard at the turn of a knob and it isn't boasting when I say I've heard 'em all" on the radio.
They were nearly discovered after some interrogation by a friend, wanting to know who Griff is taking to the Birch church Social - they remain under the radar for now.